Watching the Illegal Civ drama unfold felt like watching a Mission Impossible movie. Mikey Alfred is the villain with the files and Dalton Palacio is the protagonist fighting his way through cyber warfare trying to get them back. It’s a classic showdown of good and evil, except in this film no one’s life is at hand. Instead, the stakes include a ridiculous claim of $700,000 and a handful of teenage skate clips.

Like most Hollywood movies, the saga ends with a happy ending. Dalton got his files, skirted a legal catastrophe and here we are with a video. Ironically, the final product feels a lot like the original Illegal Civ videos that we know and love. A crew of up-and-coming LA skateboarders dodging past security and stacking clips. There is no shortage of sidewalk banter or hefty double sets.

We can all rejoice in watching Dalton’s video, knowing none of the skaters involved were extorted for an amount of money similar to a downpayment on an LA home. To learn more we talked to Dalton, Rob Mattox, and Logan Kirshak about what went into finishing the video and the ending of the 700k saga.

How do you feel about the final video?
I am hyped about the way everything came out! Props to Dalton for keeping everything going after all the stuff that went on. In my opinion, we were all already homies before things hit the fan, so that wasn’t changing. We just pushed each other to skate harder and make the video better. The best outcome from all of this was that we got to make our video the way we wanted to.

Is there anything you really wanted to get that isn’t in there?
Yeah, there was one that got away. This power ollie to 19 Rail. I think it was 19, I forgot to count the stairs. The attempts were in my part, but the owner of the frat house said if I try it ever again I’m getting arrested so I’m chillin’ on that.

There are a lot of cop interactions in your videos. Do you ever feel bad for fucking with them?
Well, a lot of this was the image somebody else was trying to give us after we left his team. In this new full length there isn’t as much of that because we’re trying to keep it clean. But there is always bullshit that happens street skating, especially in LA.

How many DVDs did you make? What are you gonna do with the money?
Shit, I think over 100 so far. Right now we are using the money to get a fisheye for Dalton so he can keep filming. But this vid wasn’t about the money, it was about highlighting our art, and doing what we love.

What are you most proud of in the video?
Dude, everyone in the video killed it! Dalton did an amazing job filming, and to experience it and watch my guys murder the streets, there’s nothing better. Logan went in, for real. Probably the fastest I’ve seen someone clip up. People say quality over quantity, but the kid’s got both.

What is skateboarding missing right now?
I wouldn’t say skateboarding as a whole is missing anything but it’s just what is current. I first really started getting into skating when my parents would drop me off at the Skate Barn in North Carolina. When I was little I would eat shit and all the old heads would scream at me, “Walk that shit off bitch!” I will never forget when we would be skating the bowl dropping in on each other, skating fast, running into people, eating shit, having fun, and no one cared. I feel that supporting other skaters is what it’s missing in some of the community.

I think skating is in a weird spot right now with the internet. Everything seems like a contest. Too serious. There are so many people hating online. Weird internet beef between people. Skating is fun and there are no contest points to that. To me, a kickflip with steez goes way further than some fuckin’ sketchy treflip crook nollie flip out. It’s not the tricks you do but how you do them. Inspiration is everything. We should all skate with each other, not at each other. 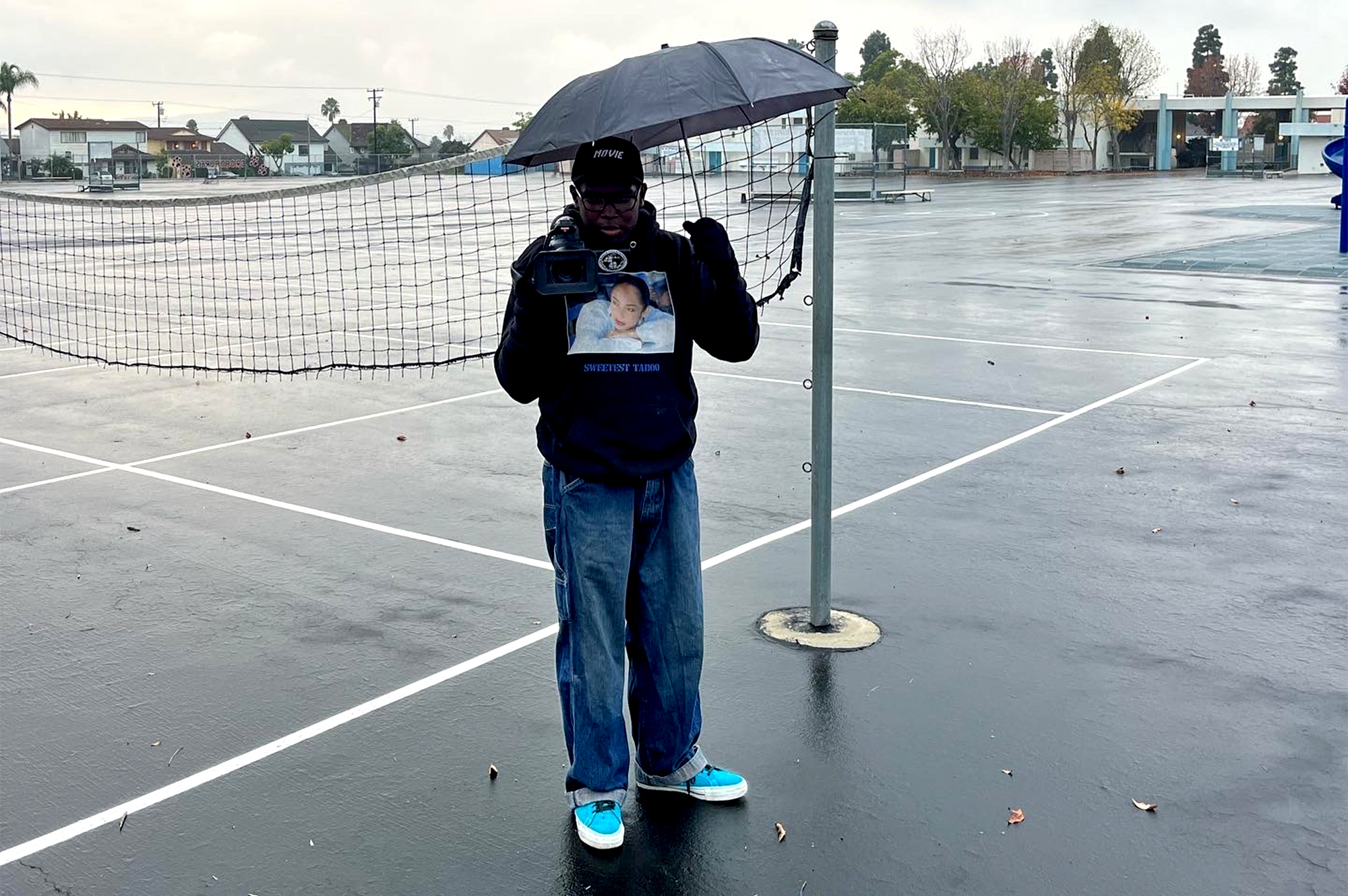 Tell me what made you want to make this video and what the story behind all the footage is?
Originally, the goal was to make a fire full length. None of these clips were even supposed to be posted, but we don’t care. At the end of the day, it’s skateboarding.

How much of this stuff is footage that was supposed to be in Hell Week, and how much of it is new?
I would honestly say half and half. Most of Rob’s clips were filmed after all the drama went down.

Is there any chance that any of this footage will be in Hell Week?
Yeah, most likely. 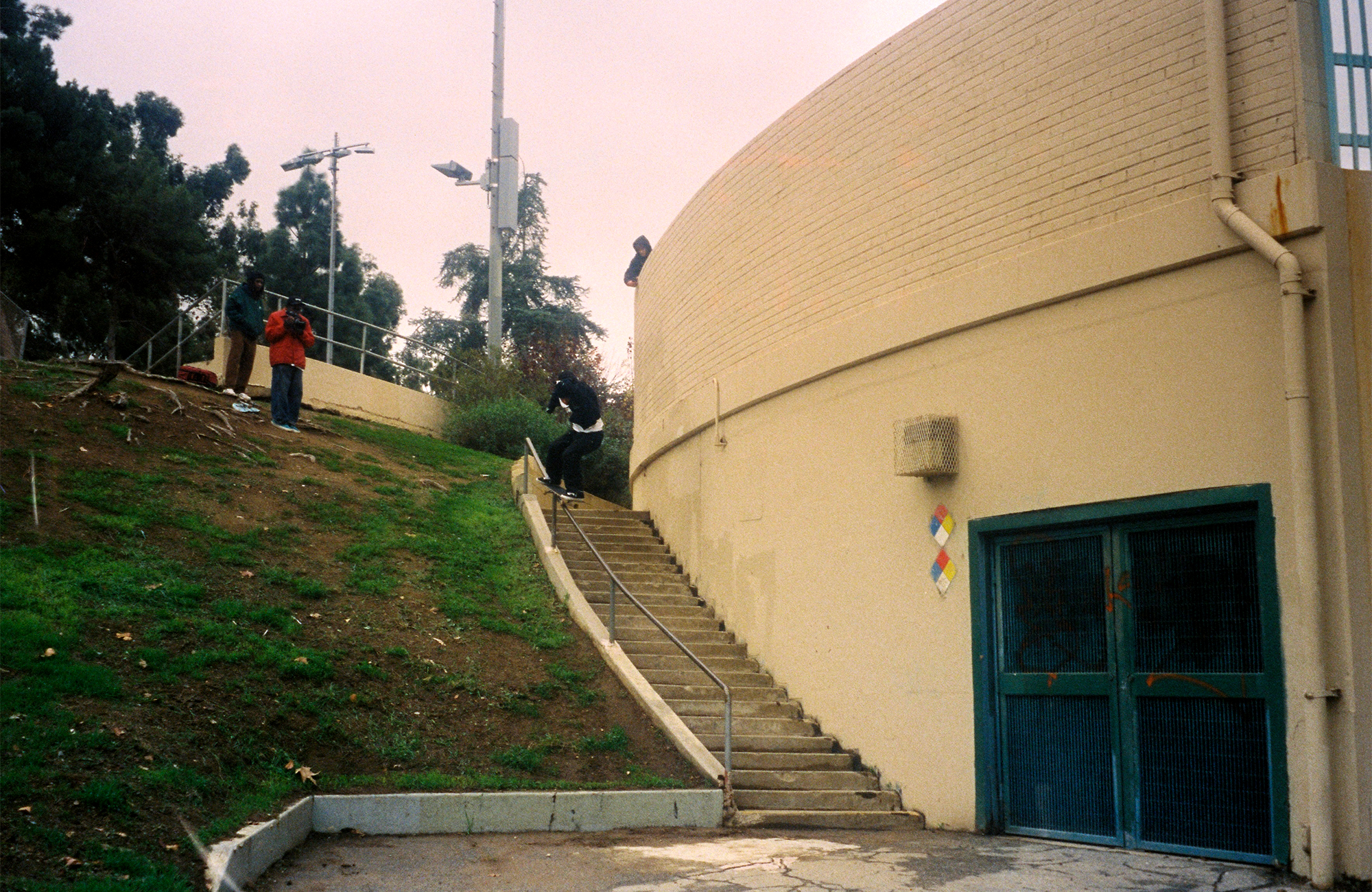 Are there any filmers in the game right now that you look up to or take cues from in terms of film style, editing style, and music choices?
Davonte Jolly and sometimes Bill Strobeck. I like the music Bill uses in his videos, but, personally, I don’t like doing the zoom-in stuff too much. I do like the style and the vision of his work. And Jolly goes hard as fuck. His film style is hella dope as well. 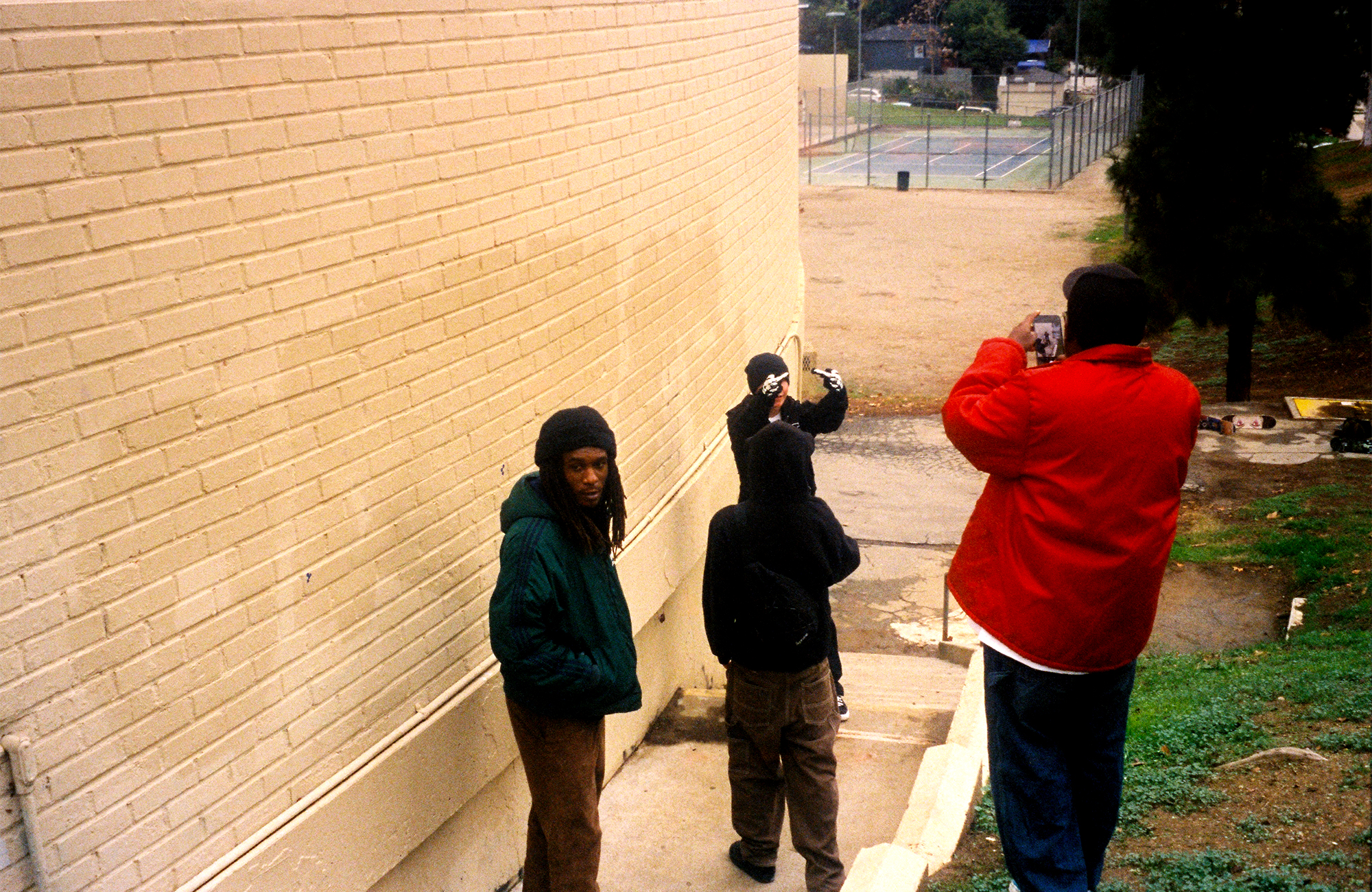 What was the trick so far that you guys have had to go back for the most?
Damn, low-key, I would say Logan’s ender on that kink rail. Every time we would go back the security would try to pepper spray us and hit us with batons.

How do you feel about your part in the video?
I feel like my part was good, but I know I could do better.

So, are you on FA now?
I’ve been flow for FA for almost two years now. I’m not getting paid, but Nakel put me on. I was never getting anything from IC, or anything like that. I was just skating with the homies and getting clips.

Are you using the iPhone angle clips that Mikey filmed, or nah?
Yeah, I’m going to use them in my part. Dalton has them in HD. I just wish we had all the clips Mikey filmed of everyone.

If this 700k video does well, do you guys think you’ll start a board brand?
I’m good on starting a board brand, but all the homies wanna start a clothing brand. We don’t want it to be no corny shit named 700k, or anything to do with Mikey.

What are you most proud of in the video?
I’m proud of all the boys killing it. Hyped to see everyone clips together. Rob [Mattox] has my favorite part, he’s too good.

What is skateboarding missing right now?
Everything in skating is pretty sick at the moment. I can’t think of anything it’s missing.

Who are your favorite skaters of all time?
I have too many but some of my favorites are Louie Lopez, Max Palmer, Joseph Campos, Diego Todd, Kader, all the homies. I have to many favorites. I’m definitely forgetting a couple.

Anything else you wanna say or share about the video or the situation?
I’m hyped how everything came out and how we all stuck together. Mikey is fried. That’s about it.