As popular as skateboarding is worldwide, it’s still nearly impossible to make a financially viable skate career in Australia. Unless you’re Jack O’Grady, Rowan Davis, or ride for the Pass~Port team, chances are you work a full-time job and skate on the side. While disappointing, this has kept skating unblemished as most of the videos, boards, clothing, and skating you see coming out of Australia are true passion projects.

Redd Sarson, and his homie videos, are a perfect example of the labor of love ethos that many Aussies develop. His latest video Hell Cherub features filming, editing, and skating at a high level and he did it all while working some shit jobs – something many spoiled skaters in the states aren’t privy to.

But despite the lack of notoriety and funding the skaters in Australia get, they continue to produce, and for that we’re always grateful for them. To learn more about being a homie filmer in Australia we hit up Redd and picked his brain a bit. 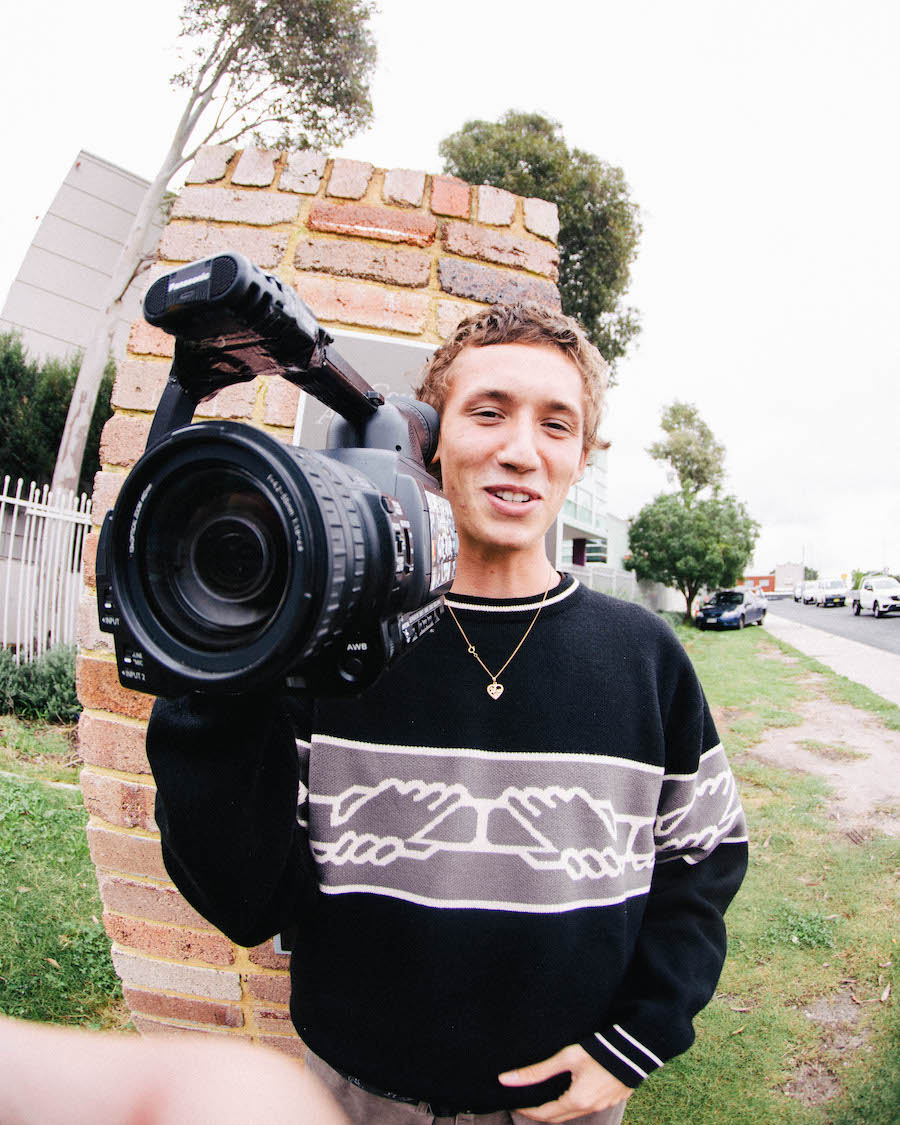 What’s an Australian stereotype you’re tired of hearing?
Maybe the whole Aussie piss drunk stereotype of sinking piss your whole life. We don’t all do that [laughs]. Oh, and that Australians drink Fosters. We don’t drink that shit here. I honestly can’t remember a time I’ve gone to a pub and seen Fosters on tap.

I just realized I contradicted myself there but fuck it [laughs].

Can you describe the stereotypical American for me?
I don’t know, maybe being afraid of the word cunt and spiders. That sounds about right.

The spiders are kinda fucked though. Are you in a part of Australia with spiders?
[Laughs] Yeah, I am. It’s so funny how spooked foreigners can get of spiders. The house I grew up in was under construction for the longest time and it was filled with heeeaaps of spiders. They kind of just turn into your friends after a while and you realize they’re just chilling. Except for Tarantula’s, I can’t fuck with them 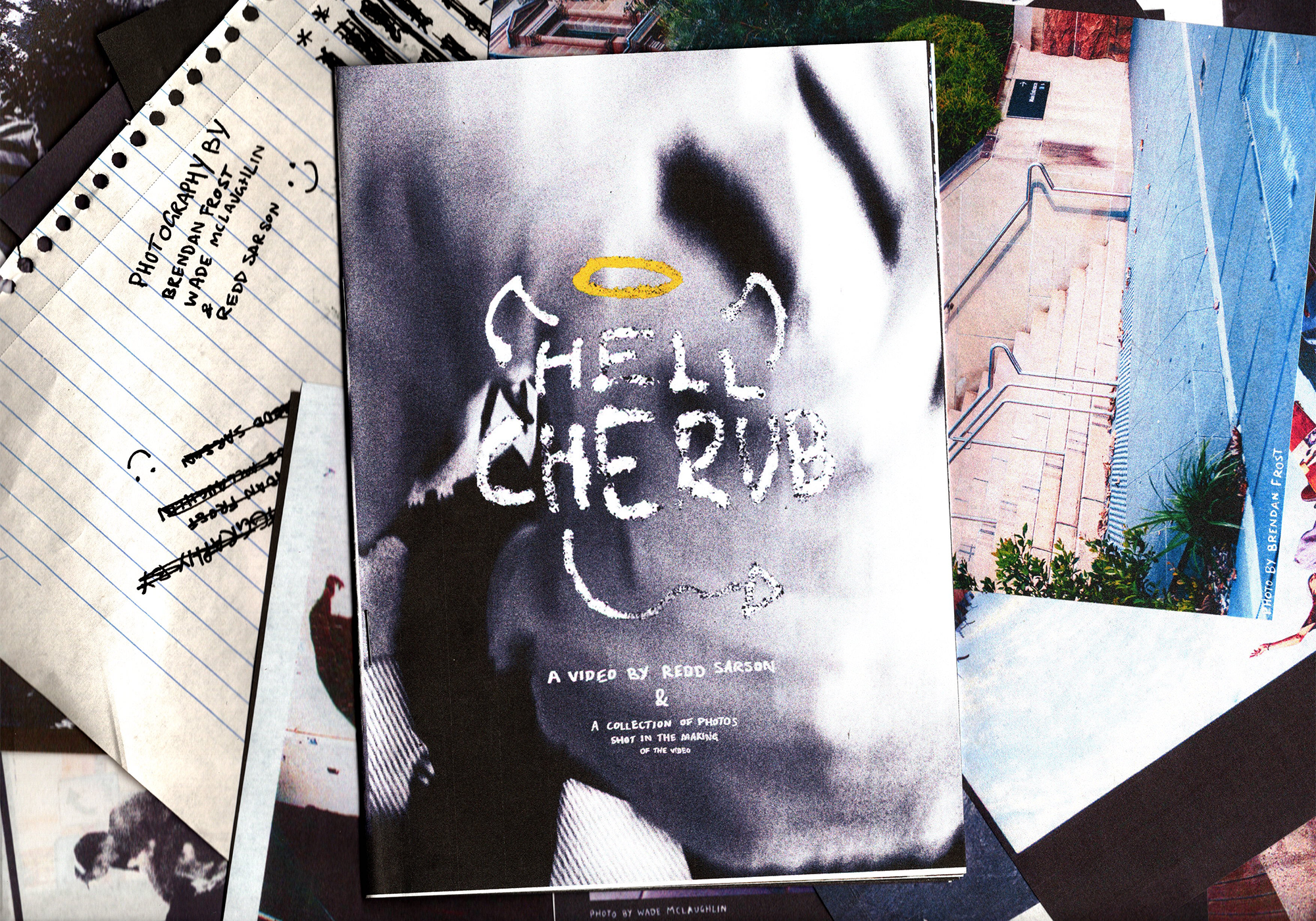 Where does the title Hell Cherub come from?
It actually came from a little drawing I used to do, that I now have tatted on my right arm, of this little devil with a halo around his head. Then I thought of the name from that and just thought those words together looked sick.

What kind of camera are you filming with right now? Do people only use HPXs because it’s the standard?
At the moment I’m filming with an HVX200a, that’s what all of Hell Cherub was filmed on. For sure it’s definitely a big factor especially if you want any footage included in projects with other people or companies, it’s the camera to have at the moment.

Have you tried other HD cameras? If so what is your experience with them?
I actually haven’t tried any other HD cameras but I’m super open to especially since my HVX is fucked. Right now the mic is being held on by tape, the LCD screen is broken, and every time I put a battery in I have to attach a bit of tape so it doesn’t slip out. So yeah, it’s definitely seen better days [laughs].

Plus, I feel like all footage is starting to look the same across the board. I feel like other people are starting to feel that way too. I’m excited to see what other HD cameras people start to experiment with.

While on the topic, Rowan’s opening line to his part was a big contributor to the list of problems like the loose battery, the broken LCD screen, and the chipped fisheye. We were crossing over each other at the beginning of the line and we came a little too close. I ran into a pole and I basically threw my camera across the ground. This was a couple of weeks before the premiere deadline so that was crazy.

I basically wanted to say that so no one on the internet is gonna tell me I need to clean my lens. We filmed that line with a chipped fisheye and no LCD screen [laughs]. 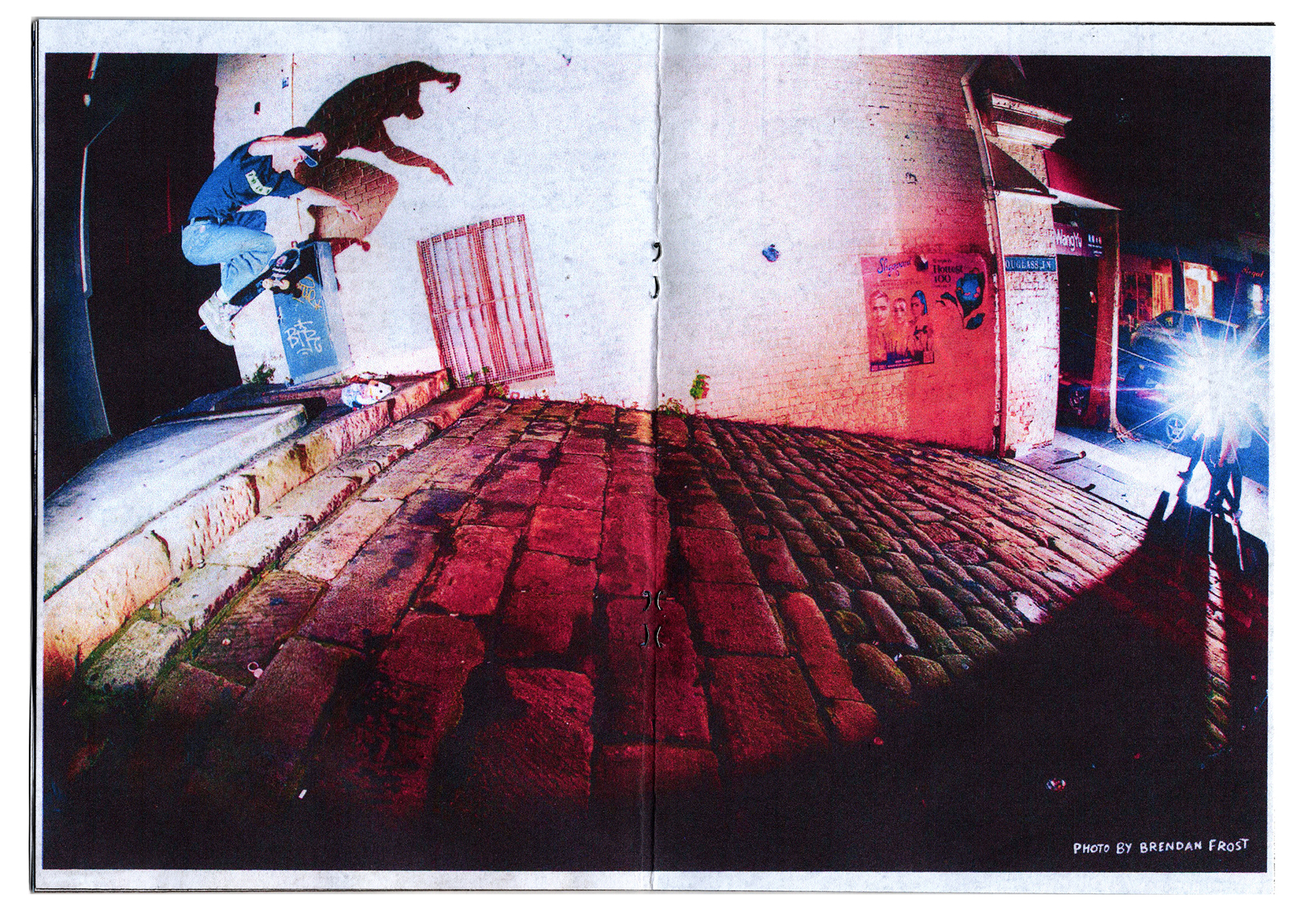 What else do you do for work to supplement your filming?
Throughout the duration of the video, I worked countless jobs. I worked at a go-kart track, a construction landscaper, doing bushfire irrigation, construction traffic controller. Now, I help run a skate store in Sydney which is really good.

Ben did the nosepick to back 180 of the glass bank as his ender in KIDS – and then for the first clip in Hell Cherub, he did the nosepick to back 360 off the same spot. What is the story there?
Yeah, there’s a bit of a story behind that one. Ben and I both said it would be sick to have it be the first clip in the video just as a little nod to the last video. Kind of like starting where we left off.

That spot is pretty red hot to skate. It’s above Town Hall Station in Sydney and is busy no matter what hour you skate it really. There’s constant foot traffic because there’s a light rail stop right next to it. This also makes it worse because the light rail drivers will call the police if they see you on the roof for a second. There’s also a bad homeless problem there so cops are always just around that area.

Just knowing a cop could come walking around the corner any second and could think we’re trying to destroy the glass on the roof. I think we went back for that three or four times. Cops pulled up on us twice, but one morning Ben just made it work and rolled away with no troubles.

What’s your editing process like for a video like Hell Cherub?
I always prefer to edit as I go, it just helps me get a better feel for a video & just seems natural to me to do it like that. That way you can see what songs age better with time as well as just a general scope of the whole video seeing everything you have in the timeline.

We started filming the video around April 2020, and I was always editing throughout that time. Then I finished editing at 5am the morning of the premiere date – March 25th. 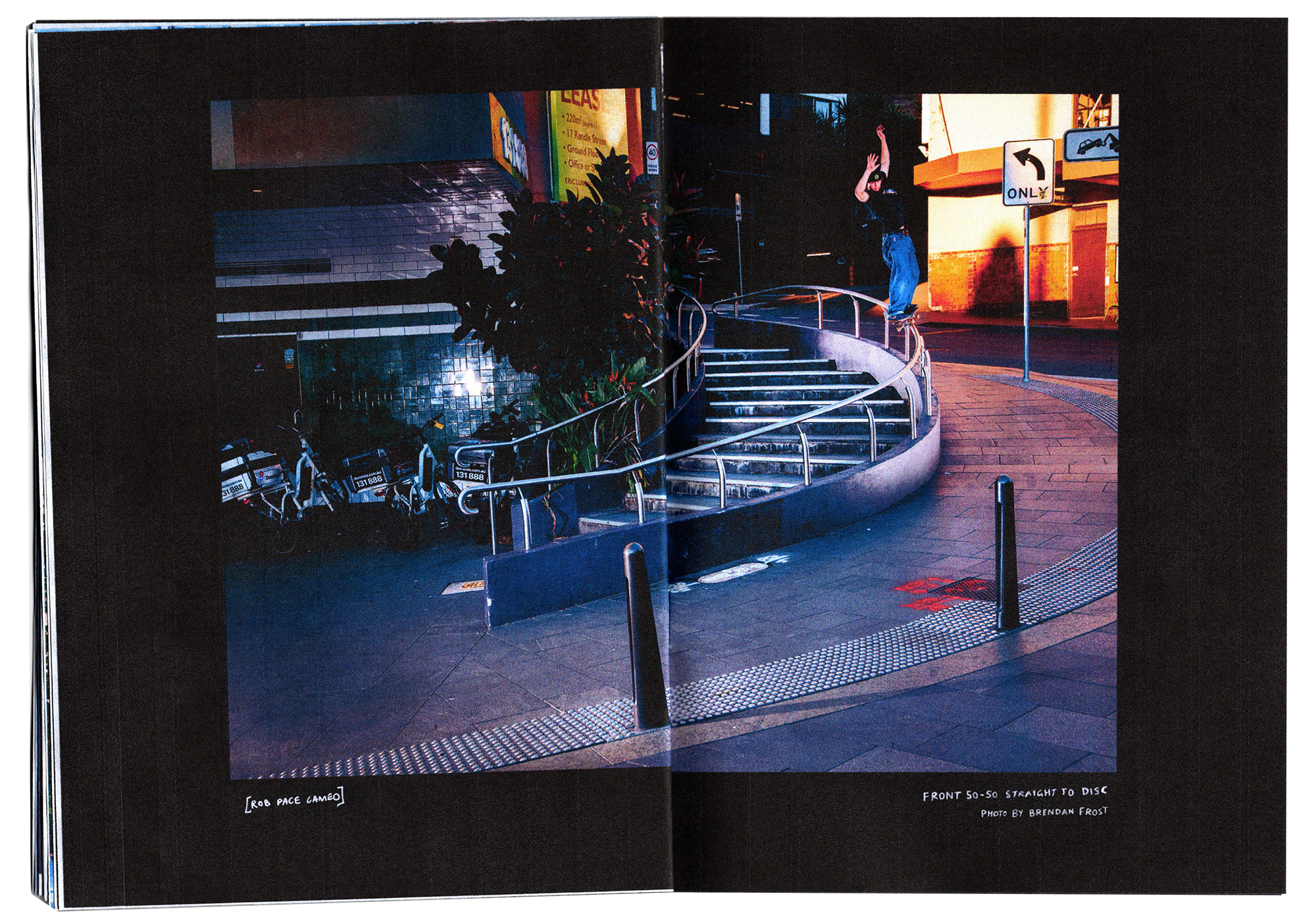 You’re also doing a printed zine with this video right?
Yeah, I’m just doing a little 20-page zine of photos shot in the making of the video including my own photos, as well as photos from my friend Brendan Frost. He shot most of the skate photos. But I’m planning on giving one to everyone who was involved with the video. I’m also gonna put it up online for people to see too.

Do you shoot film or digital?
I shoot both. It honestly depends on what mood I’m in, or what I’m inspired by that week or day. Right now I’ve been shooting a lot with this Contax TIX which takes APS film. You can only really buy it expired now so you either get cool colors and contrasts, or absolutely fucked photos [laughs].

Between posting on Instagram and just filming clips on your phone, what is the point of skate photography these days?
Is there a point to anything?