Recently, you might’ve seen that StockX announced Robert Neal as a new team rider for the brand. If you think about it for a second, it’s actually a pretty big announcement considering Robert was previously sponsored by Nike SB, which some would consider one of skating’s top tier sponsors.

We weren’t sure what this new sponsorship entailed, and we were a little dubious of the whole thing, so we hit up StockX to see if we could speak with someone directly about their move into our space.

I was able to talk with Tom Woodger, the VP of Cultural Marketing for StockX, to ask a few questions about the deal. As it stands, Robert is the only skate ambassador for the brand, but it seems like there is much more skate-centric stuff to come from StockX.

WHAT DOES IT MEAN?

StockX’s sponsorship model will be very different than the sponsorship deals we’ve come to expect in skating. Traditionally, skaters have sponsors for shoes, apparel, and an endless amount of accessories. But by choosing to partner with StockX, Robert and any other skater who joins their team will forego those other potential partnerships. “[Robert] is a full StockX ambassador, whether he is wearing apparel from StockX, or shoes, or accessories, or whether it’s electronics that you can also buy on the platform. He’s an ambassador for the StockX brand in whatever way that comes to life,” Tom said.

As skaters, we all dream of getting that fat box in the mail filled with boards, T-shirts, stickers, and all that good shit, so I tried to inquire a little more directly about what a StockX rider’s box would look like. “We’ll send Robert stuff. We know his sizes and we know what he likes and what he doesn’t like, and we’ll send him stuff to skate in. But then, he has access to the platform… so Rob can be like “I love this thing, can I have it?” and we will take care of it,” Tom said.

Since StockX isn’t in the hardgoods game, Robert will still be able to keep his board, truck, wheel, bearing sponsors, and so on but it seems their riders can’t take on any additional clothing, shoe, or “lifestyle” sponsors. Since the list of brands sold on the platform is constantly growing, though, it may actually give StockX riders an infinite amount of choice for shoes, apparel, and accessories.

Whether this sponsorship model is ultimately a good move for future StockX riders is yet to be seen. The skeptic in me thinks some skaters could be missing out on an opportunity to pad their income with more sponsors and get added exposure from those sponsors via social media pushes. That is all assuming that StockX won’t be coughing up fat checks and doing big media pushes.

According to Tom, one of the upsides of riding for StockX will be the added creative control that skaters will get in their branding marketing as ambassadors for the brand. “We’ll create content with [Robert] to tell his story. We’ll do product releases with him where we will work with him or brands that he works with to release exclusive products. We’ll have a charity initiative over the course of our relationship to put back into skating. Robert [will be] at the center and he is determining where the money should go.”

It’s a lofty outlook and goal, but if executed well, the model actually has the potential to push any skater’s career forward. It’s a rider-first approach, more akin to what we already refer to as “influencer marketing” in other industries. In some ways, what Tom and StockX are promising seems like more than what some of skating’s biggest sponsors currently offer their riders. Some pros are lucky to get an Instagram post every other month from their sponsors and are often stuck doing all their own marketing anyway.

Even though there are some skaters who use the StockX platform to make some side money flipping shoes, it’s safe to say not all skaters like StockX. The dislike is mostly directed toward the non-skating resellers, though, and not necessarily the platform itself. One of my main questions for Tom was if he and the brand were aware of this sentiment before going into skating, and if there were any specific plans for how to navigate it.

“I hear from people all the time that skaters have to come to StockX. In the beginning, it was a necessary evil. Now they like it because they know they can’t get the product otherwise. People hate scalpers and hate being completely priced out of a product. But as far as StockX is concerned, we aren’t setting prices. We’re just the platform,” Tom said.

Although it’s an answer that seems to be given with his hands up in the air, the prices on StockX are set entirely by what people are willing to pay. So if a kid from Omaha is willing to drop $2,500 for a pair of SB Dunks that look like teddy bears, who’s to blame?

“People are going to hate and they’re going to continue to hate because they don’t like reselling. It’s actually a good thing because more people are interested in skate because it’s a cool thing. It’s bringing awareness and it’s bringing benefits to your industry and your world.” 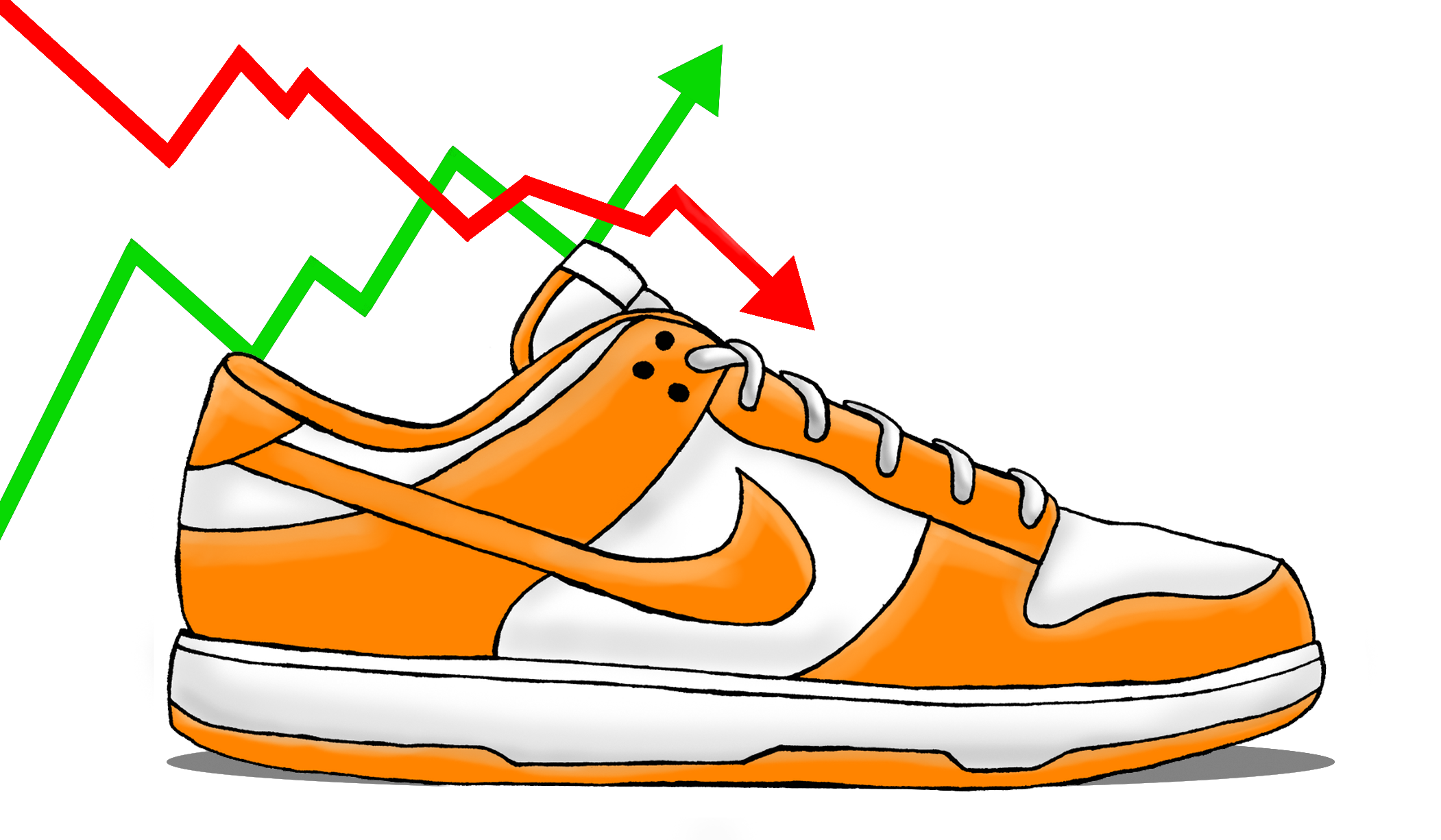 It’s pretty clear that the people in charge at StockX brand know their consumers, and this became more evident to me after I asked Tom about the weird mix of products they sell. On the home page, I saw items like Supreme hoodies advertised alongside computer graphics cards and limited edition Lego sets, which left me a bit confused.

In my mind, it was unclear how these things overlap, but Tom explained how they think they are all a part of the same cultural sphere. “One of the first conversations we had with Robert, he was talking about Esports and gaming. We also have some relationships with guys in basketball and those guys love sneakers, but they also want a PS5 and they want to be streaming on Twitch. All of these worlds are so interlinked and I think it is just a great opportunity for us,” Tom said.

“It’s no secret that skate culture and a lot of the sneakers that are popular in skate culture are incredibly popular on StockX, whether that is amongst people who skate, or did skate or people who just appreciate the shoe or the story behind it.”

What I eventually deciphered from Tom’s explanation was that their consumer is someone who, in a nutshell, buys into internet-based pop culture. It’s a group of people who are Twitch streamers, wear Yeezys and Off-White flannels, and still have a dorky attachment to their childhood via Legos and Pokemon cards. They decorate their rooms with Palace decks, Shepard Fairey prints, and KAWS toys, and they call everyone “bruh.”

We’d just call them hypebeasts, but greater society would probably deem them as “on-trend.”

Following that train of thought, it’s understandable how skateboarding falls in line with StockX’s expansion plans. As Tom said, everyone who is into the products sold on StockX is probably into skate culture to some degree, even if it’s just by proxy of liking Supreme or SB Dunks.

Weirdly, this whole thing kinda makes sense, and because “the culture” is filled with a bunch of hyper-consumers, there could be boatloads of money to be made for the skaters willing to jump in.