WE MADE A BLUE PARK LEVEL FOR SKATER XL

Skater XL is the latest game to enter the skateboarding video game fray, helping fill the void that the departure of EA’s Skate series and the shitty reboot the THPS series created in our hearts.

The developers were smart enough to build in a community feature (like the one that made EA’s Skate series so popular), allowing users to upload custom maps, shoes, decks, hoodies, and everything in between. The community feature has done so well that it helped created a cult-like underground/online world of digital skaters who film full videos, put out zines and ads, and have full teams of riders across the world.

We decided to take advantage of the insane online community the game on PC has. Our idea: get MediumBurnt and TaitJames, who are some of the best map builders out there, to recreate our favorite New York skate spot to throw in the game – Brooklyn’s Blue Park.

Officially part of “Martinez Playground,” Blue Park is a makeshift skatepark located next to a public middle school in Brooklyn’s East Williamsburg neighborhood. We say “makeshift” mainly because the only permanent obstacles are three oblong manual pad-esque contraptions that would barely constitute a skatepark anywhere in the world. But apart from that, there are a ton of other DIY obstacles scattered throughout the rest of the park. 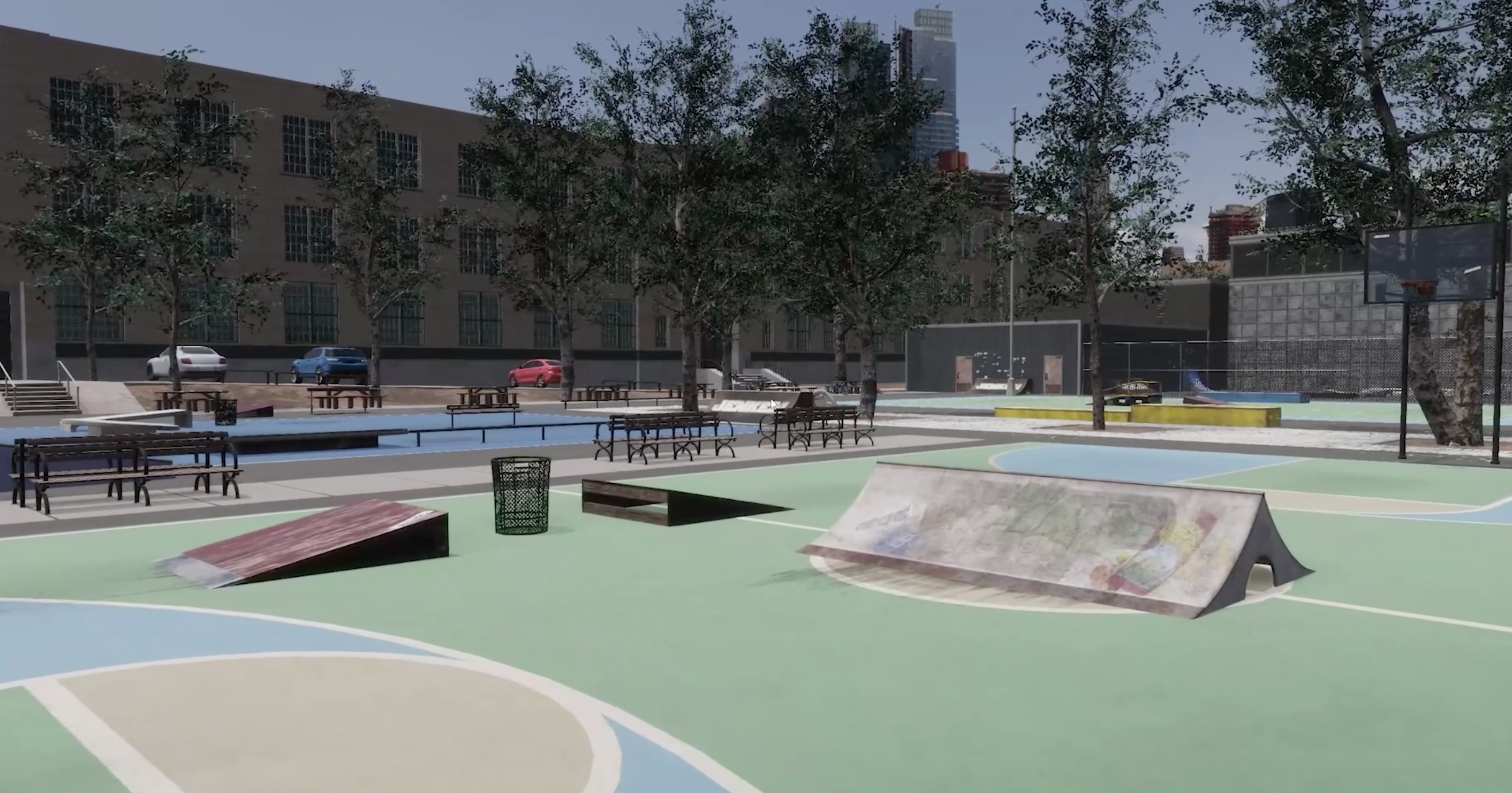 A lot of brands and local shops have put on demos at Blue Park recently as well, like HUF, Bronze, and Tenant. That usually means they’ll bring in obstacles that get left behind for the locals to enjoy until they succumb to the elements or crumble after one too many wallies.

There’s also a strong community of builders in the area who regularly drop off even more obstacles like flat bars, boxes, pole jams, parking blocks, and other smaller features that make the park more akin to a raggedy DIY spot than an official city-sanctioned park. These can last anywhere from a few days to months, depending on their popularity and build quality, but the fun part is you never really know what to expect the next time you show up. 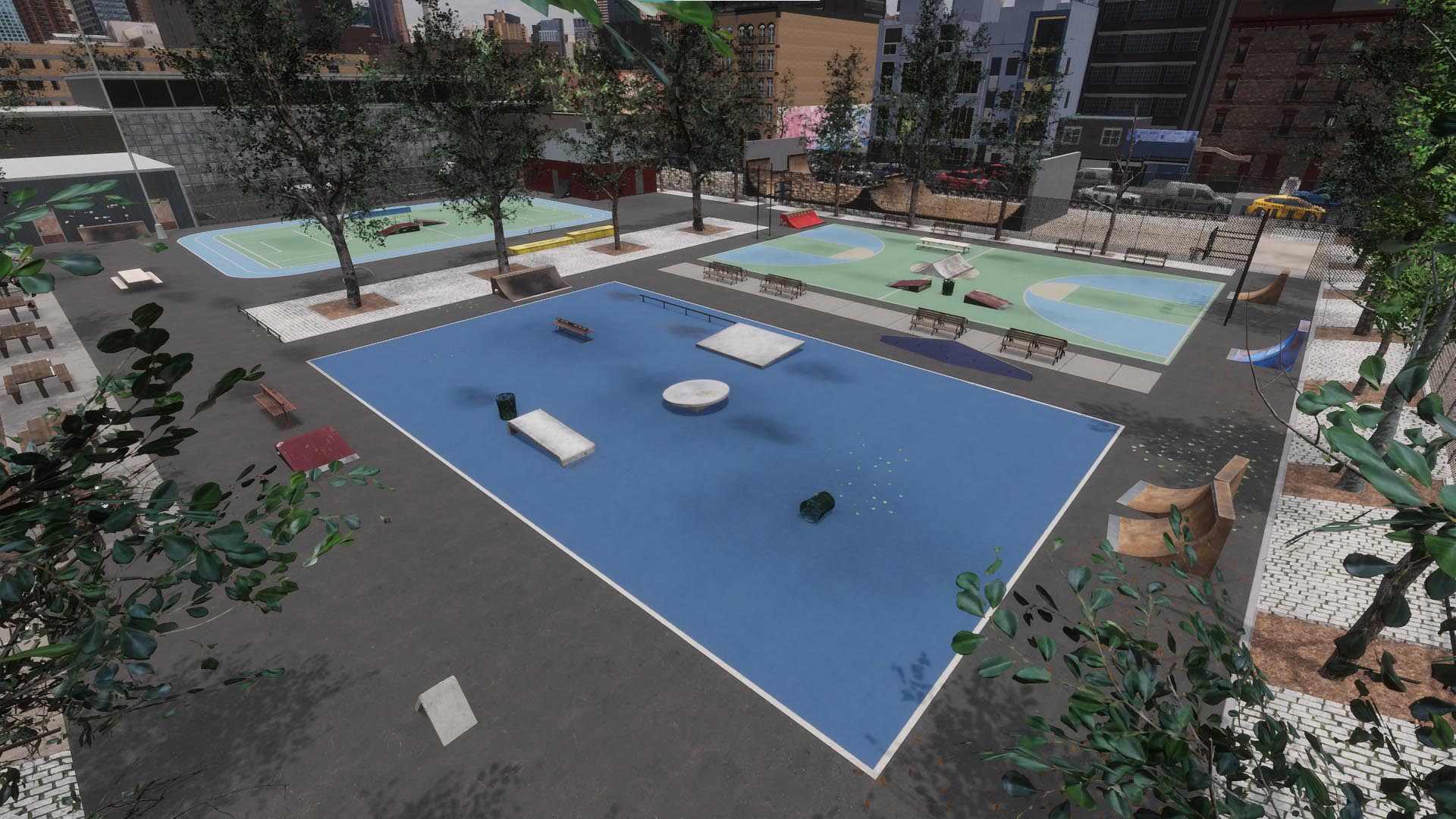 We took the latest iteration of Blue Park and turned it digital, so people all over the world could pop in and roll around our beloved local park. And just because we could, we threw in some nods to other notable Brooklyn spots, like Crown Heights’ Jungle DIY, the Tekashi stair set, and more, which you can discover as you explore.

The map is only available for the PC version, but look for it to come to the console versions of the game in the future as new update patches start to be released. 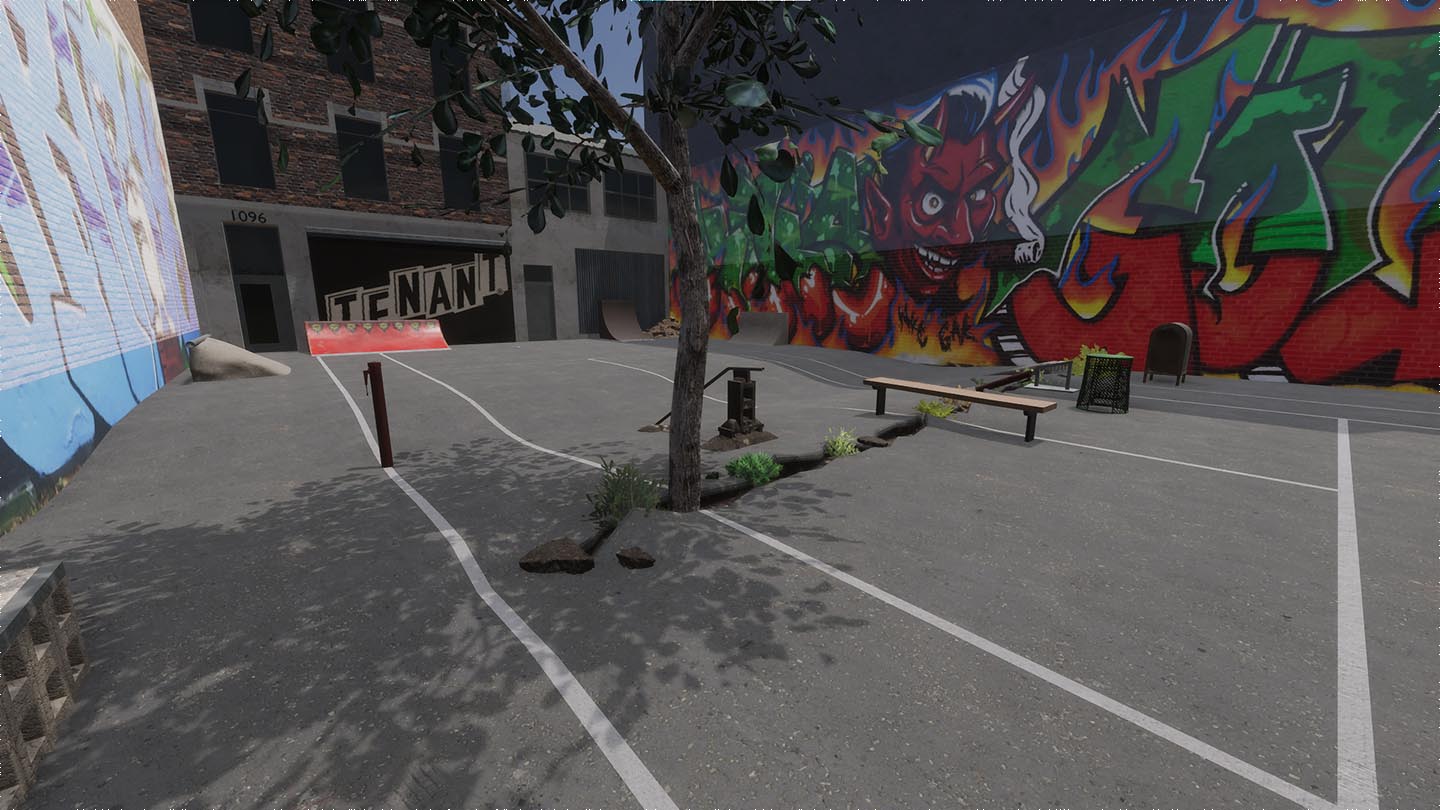