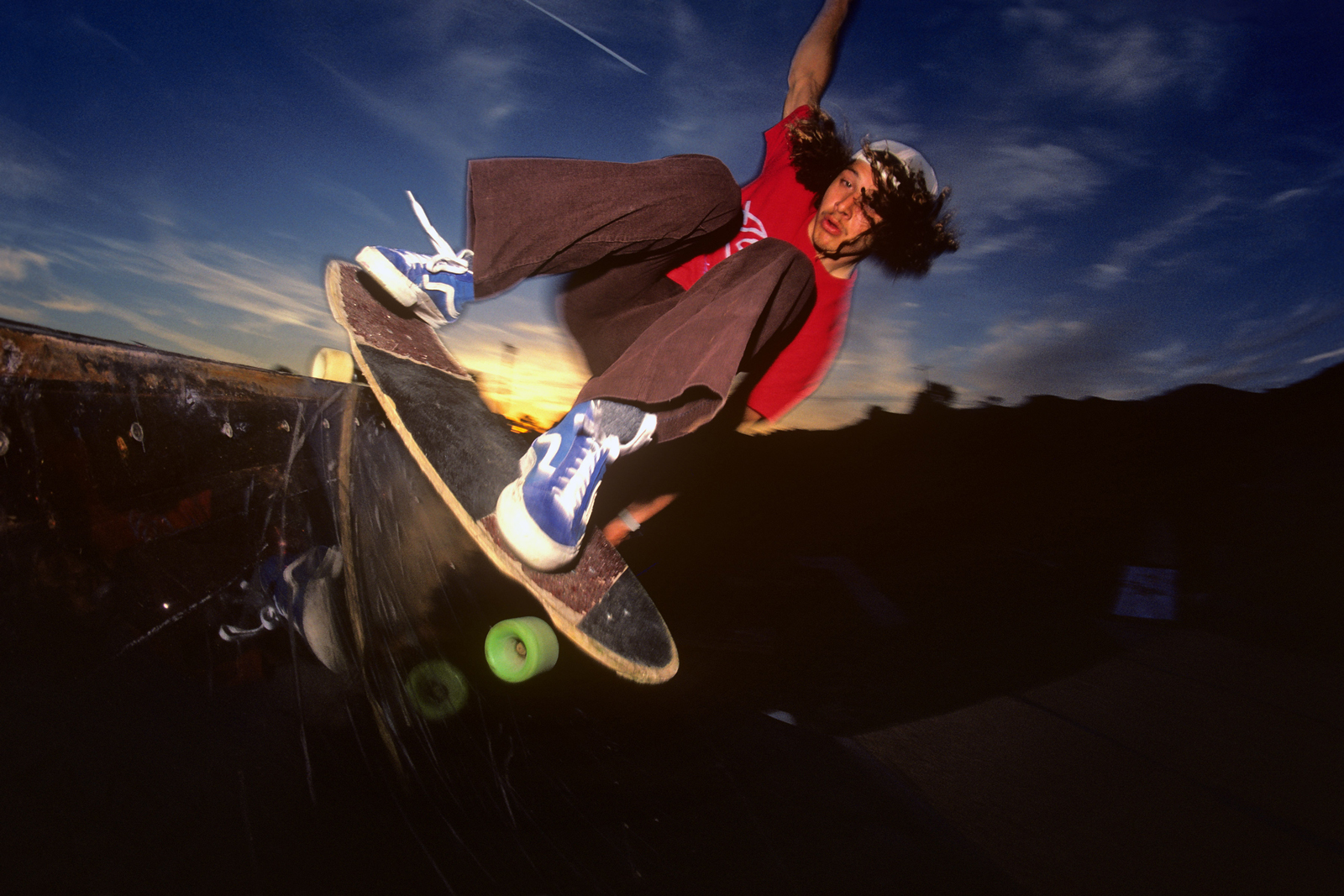 It might surprise you to hear that every generation of skateboarding has had people of Latinx descent at its forefront because that’s not usually how the history of skateboarding is told to us. Usually, it places white men from the old U S of A, sometimes even regressive figures like Jay Adams and Jason Jessee, at the core. But that’s a whitewashing of our kaleidoscopic narrative, a lightening of the hue of our history. It minimizes the immense contributions made by people of color, particularly first and second-generation immigrants, and dulls the diversity that makes skateboarding great.

There are infinite ways in which we can tell the story of skateboarding, so what if we focused on Latinx skaters instead? Could we undo some of that erasure and create an at least equally true narrative of how skateboarding has progressed? Could we still draw a line from the very first grind ever slashed to today’s most recent flip-in-flip-out by naming only skaters with direct ties to countries south of the U.S. border? Here, let’s try it…

It starts with some of our earliest ancestors, Tony Alva and Stacy Peralta, the Z-Boys responsible for first skating in places perfect for skating that you weren’t supposed to skate. Did you know they’re both Mexican-American? Peralta, through his Bones Brigade, would go on to promote a couple of other young Latinos, Steve Caballero and Tommy Guerrero, that would push skateboarding in tricks and style like none other from their generation.

How about Fausto Vitello, the guy who started Thrasher, SLAP, Independent Trucks, and Deluxe Distribution? He’s Argentinian, emigrated to San Francisco when he was a kid escaping the political violence of the Revolución Libertadora. He put in place some of the still-standing cornerstones of the industry on which the level of skateboarding’s skill, accessibility, and prosperity is being built on today. 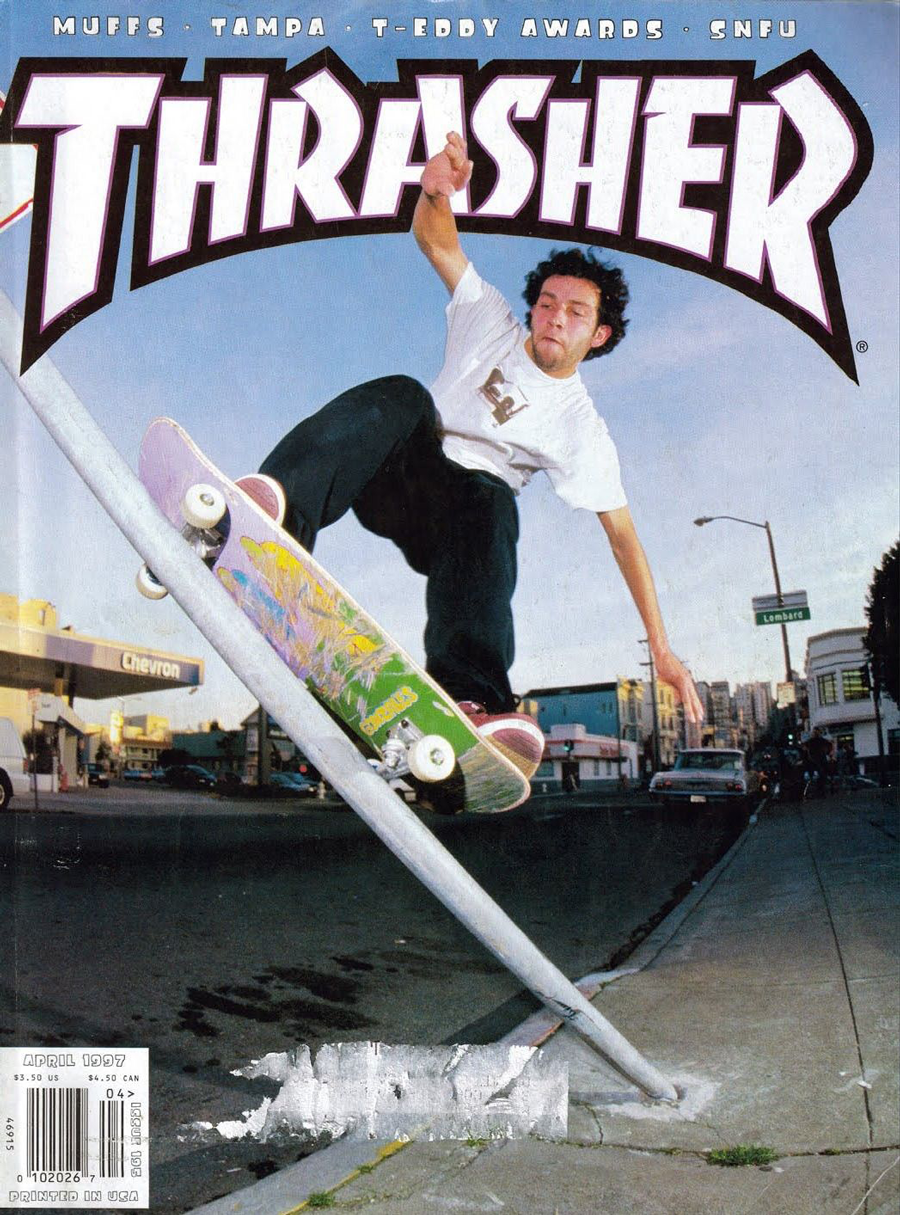 And, of course, there’s Mark Gonzales. Ever heard of him? He’s Mexican-American too. If you’re reading Jenkem I don’t think I need to mention how important his contributions have been to modern skateboarding, suffice it to say that without him a lot of “professional skate-artists” would never have had the institutional encouragement to achieve the latter half of that job title.

Then there’s pretty much the entire Los Angeles schoolyard scene from skateboarding’s most nostalgia-inducing period, the mid-‘90s. The Girl and Chocolate teams were one of skateboarding’s most racially diverse crews, represented in great deal by kids whose skin is brown and whose parentage hails from Latin America. Chico Brenes, who emigrated to the States from Nicaragua, is someone who truly embodies that admirable immigrant-tradition of giving back to their country of origin (and he continually comes out with some of the best skateboarding on Instagram, too).

These guys paved the way for Paul Rodriguez, the grandson of migrant farm laborers in Sinaloa and son of a famed immigrant comedian from Mexico. P.Rod pioneered pop-tech and would, for better or worse, change the way the sponsorship model works through his long partnership with Nike and his disruptive board brand, Primitive. Another important figure from this era: Vanessa Torres, who is proudly 100% of Mexican descent and helped push women’s skateboarding forward for skaters of all gender and ethnicity.

And, to name just a single representative for the best of the present times, we have Louie Lopez, whose Mexican mother and Guatemalan father came to the States and supported their son’s skating so that he could grace us with his smooth stylings for the foreseeable future. 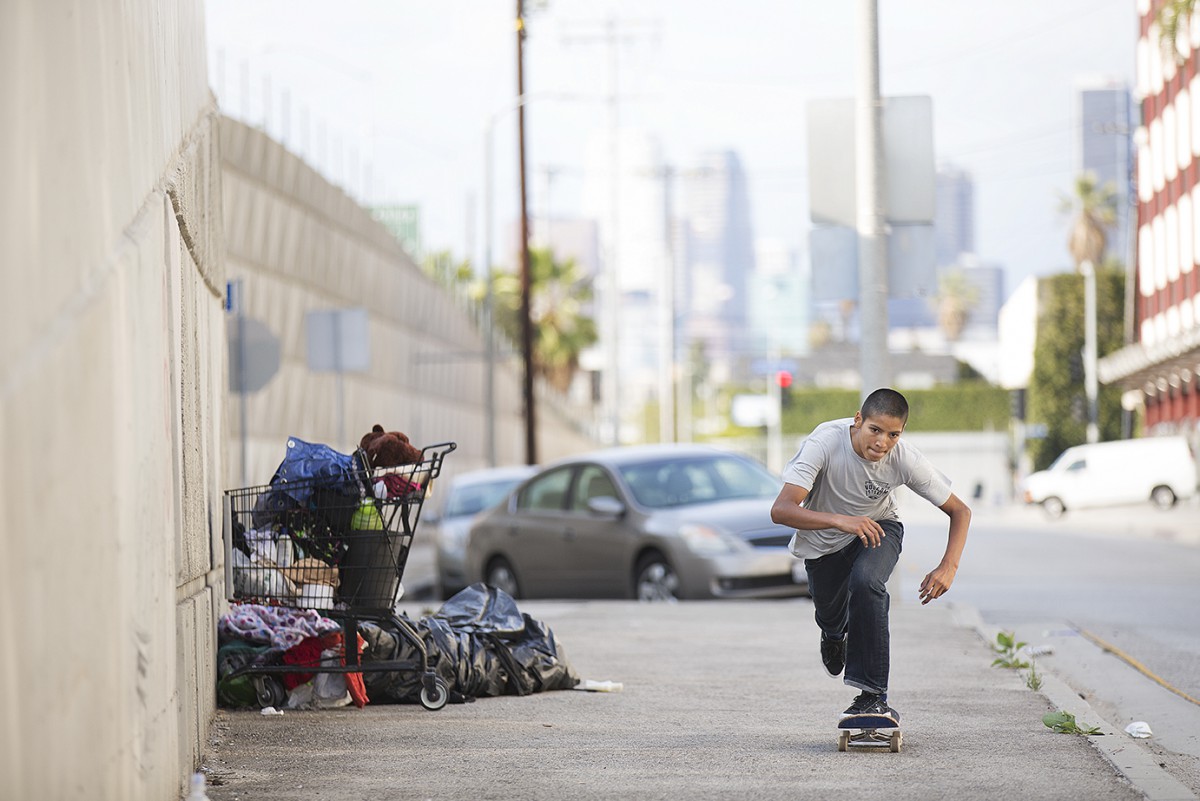 There it is, an abbreviated history of skateboarding as pushed forward by strictly Latinx figures. It turns out I could’ve named a hundred more and still not have exhausted all of the first and second-generation Latin American immigrants (not to mention all the other immigrant families from Europe, Asia, Africa and Australia) that have made skateboarding in the United States as amazing as it is today.

But why did we run through this exercise? Well, it’s especially important to celebrate this story now, as rampant anti-immigrant rancor is spread across the United States. We’re living in a country where white nationalists are going on targeted killing sprees inspired by the racist rhetoric from the highest figures in our politics and our media. They’re the same figures who are in support of laws that rip children from their parents, pack them in overcrowded cages without adequate care, and offer little hope for resettlement or even reunification with their families. They’re the same ones who are also blocking any attempts for our government to do anything about these issues. (In before the inevitable “keep politics out of skateboarding” comments: since a majority of the Jenkem staff, this Colombian-American writer included, comes from immigrant parents, this isn’t just political for us. It’s personal.)

So whenever you run across violence and vitriol aimed at our immigrant communities, take a moment to reflect on the often unheralded ways these peoples have shaped the things you care about most, like, for example, skateboarding.

We all should take solace in the fact that skateboarding is, in fact, not “some white boy shit.” It’s actually a perfect example of the complex weaving of American multiculturalism, a tapestry made more splendid by the diversity of its threads. Skateboarding is an inspiring testament to what can be created by communion across cultures. Even if skateboarding was born in the United States, it–like all of us—has immigrants to thank for our enrichment. ¡Viva la inmigración!