The skateboard has been pretty much the same ever since Marty McFly first ripped the bars off a scooter back in 1955. Four wheels, two trucks, one deck – that’s pretty much it. But Fancy Lad’s Orange Man is on a quest to change that. Maybe you’ve seen him before? He’s kind of hard to miss, dressed head to toe in safety orange and cruising around on some Frankenstein’s monster of a skateboard, something with a few too many trucks and wheels and maybe a hinge or two to clap it all together.

We’ve always been enamored with Orange Man’s oddball inventions, so we took a trip to his laboratory just beyond Boston to see his process in action. He was kind enough to tour us through his shop and even crafted a custom doohickey out of some Wet Willy’s to dick around on. It’s crazy the amount of prep work it takes to make some of the stupidest skate clips we’ve ever seen – but that’s what’s so brilliant about it all. 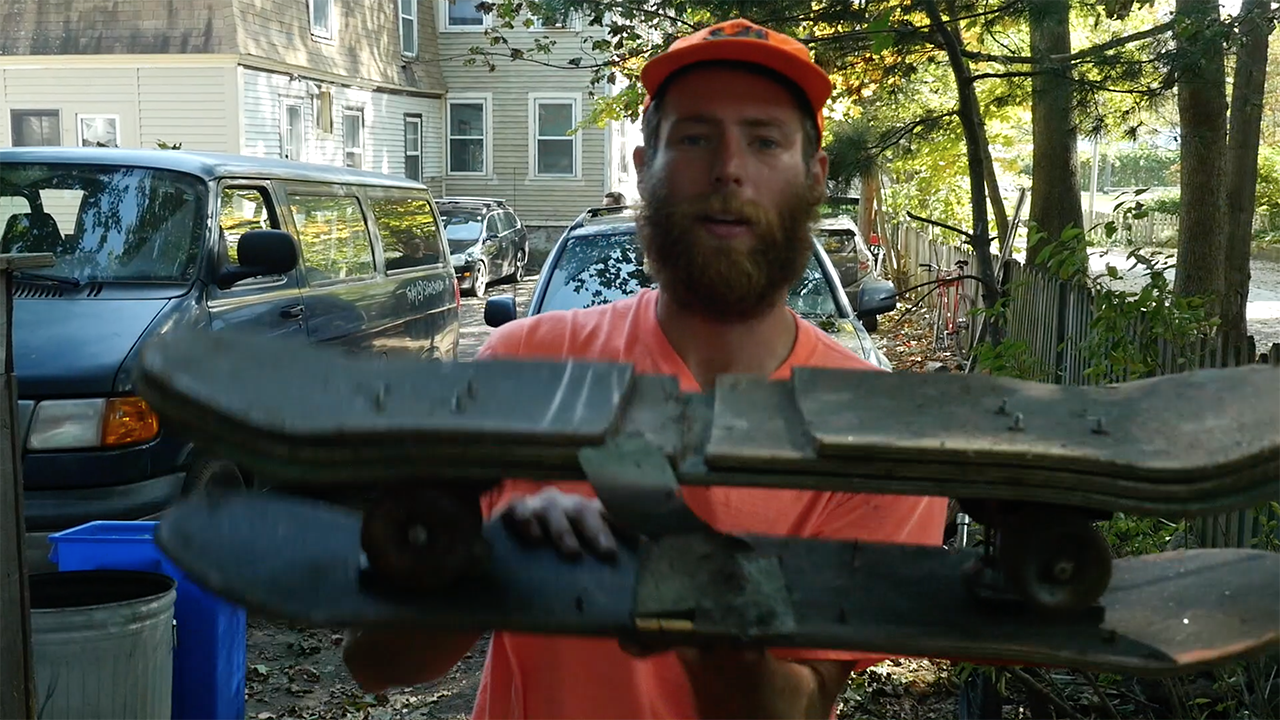 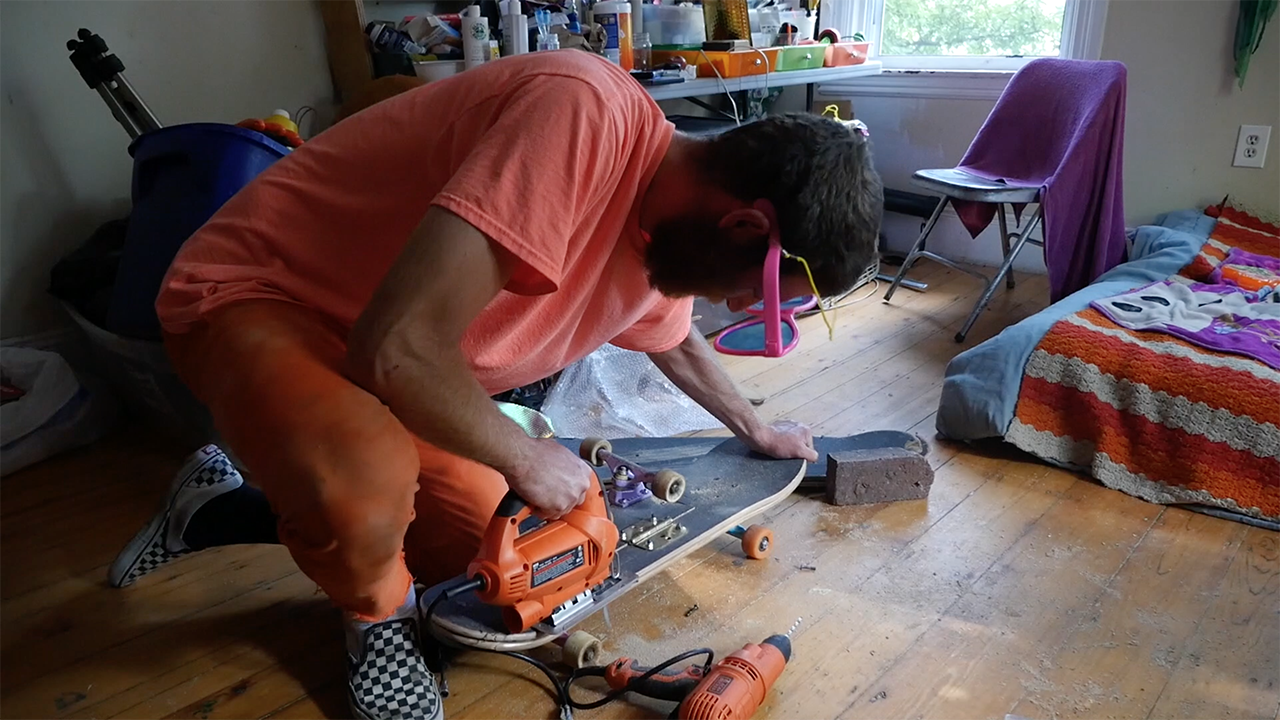