WHERE IS ALL THE NOSTALGIA IN SKATEBOARDING TAKING US? 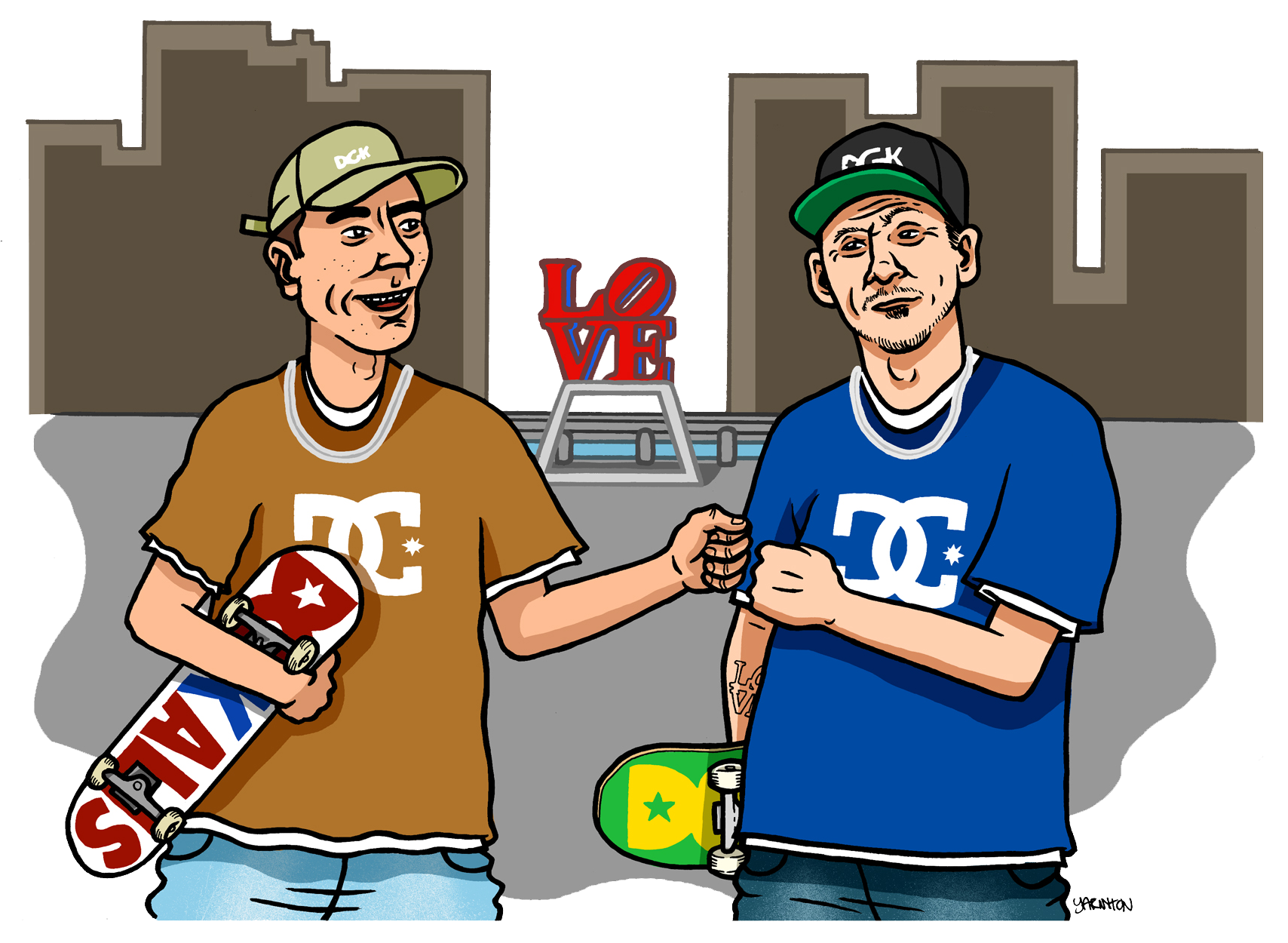 Do you ever feel like you’re stuck in a time warp?

I don’t mean like Bill Murray in Groundhog Day, doomed to repeat the same day over and over again. I mean more in the sense that despite time flowing in one direction, every time I scroll through Instagram or switch on the TV, I run into something that resembles the past, re-packaged for the 2010s.

Stranger Things. Twin Peaks. The Guns N Roses reunion tour. Nintendo re-releasing mini versions of the SNES. The list goes on and on, and that’s not even mentioning everything going on in skating – skate videos filmed on VHS, jeans getting baggy again, early 90s style board shapes…

If you’re thinking “Hey geezer, I don’t want to read another essay singing the praises of the good ol’ days and how nothing’s original anymore,” HOLD UP FOR A SECOND. I’m liking the revival of things that were seemingly lost to the past, but these things aren’t just being sold and marketed to grumpy old farts like me. A whole generation that didn’t live through JNCO (seriously, you’re lucky) or Fuct (when streetwear was actually subversive) or Muska-mania (still a ripper) are still opening their wallets and, more importantly, their hearts to pieces of culture that made my generations’ youth memorable.

Look up any article about “nostalgia” online and you’ll be treated to oodles of carbon copy definitions on the origins of the term. It was originally used to describe feelings of homesickness in soldiers away on war and diagnosed as a problem, as it had dire implications for men at war who needed to be strong and fight. Nowadays, according to a lazy Google search, it is defined very loosely as “a sentimental longing or wistful affection for a period in the past,” and is considered as having a list of potential psychological benefits.

For skateboarders, this can mean remembering anything from the spots they used to skate, to videos they watched growing up and the warm, fuzzy feeling all those things evoke. Memories (usually) lead to positive thoughts, a strengthened sense of identity from remembering one’s experiences, and improve one’s mood. It doesn’t matter if your body is getting creaky and there’s zero money in your bank account if you just remember the good times, man! Companies that make their money selling you things you don’t really need have known this for a long time and skate companies are no exception.

This has led to reissues of all kinds in skateboarding, like DVDs (newly restored, just like Star Wars!), shoe reissues, limited board represses, and countless other paraphernalia from companies hoping to score some money from aging skaters’ pockets. There have been similar markets for a while in the realms of comic collectors, vinyl record junkies, and retro video game enthusiasts, just to name a few. It was only a matter of time until aging skaters became materialistic nerds—*ahem* sorry—collectors and connoisseurs of artifacts of their subculture.

The really surprising thing is that all these young skaters, not old enough to have experienced the 80s or 90s, are going crazy for this stuff and wanting to drown every inch of their existential being in it. 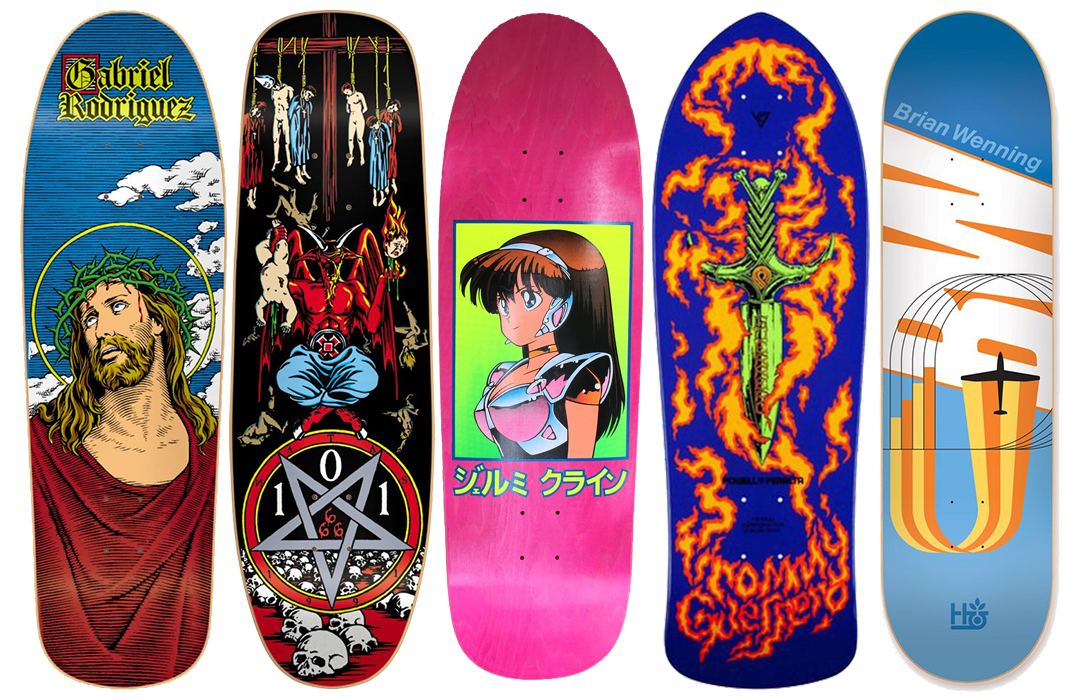 a collection of recent reissues

Music journalist Simon Reynolds argues in his 2010 book Retromania that modern technology and the vast sea of information available online have actually hindered the progress of music somewhat. His argument is that now every era, taste, and sub-sub-genre of music is available for obsessive perusal and enjoyment, so there’s no need for anything “new” anymore. If anyone does choose to create anything, the reference points are heavier and thicker than 20 years ago. The modern bedroom producer or band member of today is so much more refined and calculating in their efforts to emulate sounds and vibes they have a fetish for, aided by Youtube tutorials detailing recording methods to make it seem truly authentic. Artists today are effectively just remixing and replacing a few ingredients here and there.

In skateboarding, some parallels can be drawn. In the late 90s, my crew and I had no real reference point for what happened in the early 90s, let alone 20 years before. The resources just didn’t exist. Hell, street skateboarding didn’t even exist. But for young skaters in a post-YouTube world, finding guides to obscure tricks, pros, and spots is trivial work. There’s even too much to dig through.

If having every influential skate video part ever made available via a few swipes and taps by itself is not enough, there is the “Classics” series by Thrasher, where a respected pro acts as a curator and introduces a loved skate video part, explaining why it was so important to them and skating in general. Thanks to the Epicly Later’d series of docs, there is an unprecedented level of access and chance to obsess over the entire history of a series of 90s skaters, plus a smattering of folks from the 2000s. The framework is all laid out for anyone to peruse and dive in, should they choose to, and it’s easy to get yourself stuck in the time warp. 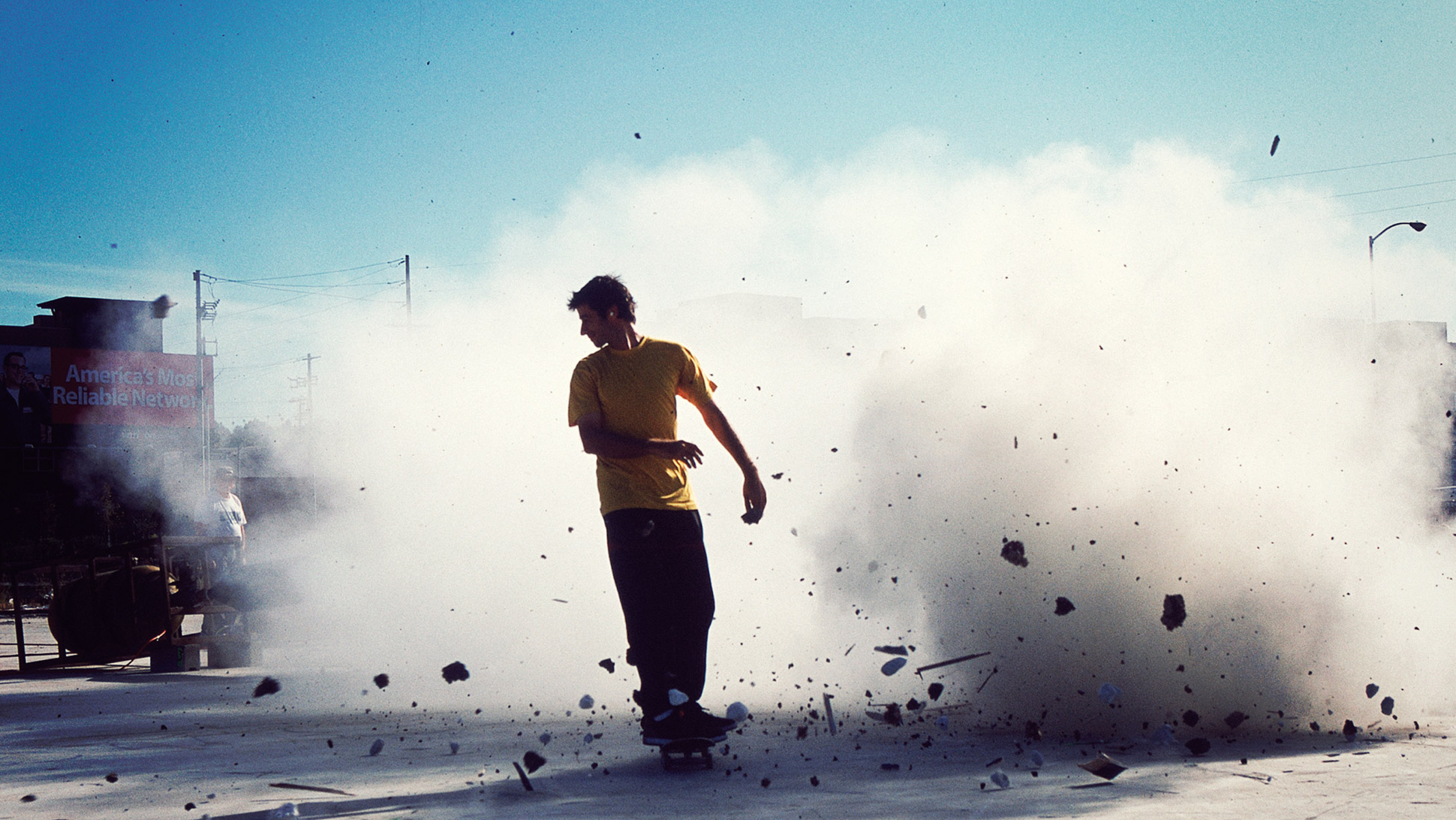 Don’t Call it a Comeback

It’s one thing to obsess and consume the documented past, but it’s another to try and emulate it. As much as imitating the past for its own sake may seem trite, there’s also the fact it can be a reaction and rebellion against dominant trends within a subculture wandering too far in an unwanted direction.

For example, after years of skate videos becoming increasingly slick HD productions with growing budgets in the 00s, The Gonz and his friends dropped Gnar Gnar in 2007. With a back to basics approach to skating, filming and editing that came on VHS accompanied by the lo-fi scuzzy aesthetic inherent in the medium, it showed the skate industry that bigger and slicker ain’t always better. It was a signal that the industry should not forget its roots in the simple act of capturing raw footage of people having fun.

Gnar Gnar seemed to mark a breaking point in the way we appreciate skateboarding, and since then there have been more and more independent brands drawing inspiration from the past to create content that rejects the slickness that became standard in the later 2000s. These projects, like Palace’s Powers Surge have also rejected some of the insanity regarding actual trick selection. The return of fun, kicking it locally and an emphasis on style and making tricks look sick seems to have created a second punk rock-like rejection of the status quo for skateboarding, much like what happened in the mid-90s as a reaction against tiny wheels and over-technicality.

That’s all without mentioning the current trendiness of 90s Tommy Hilfiger and Polo clothing that’s getting the attention of hypebeast kids and driving their spending habits. This ghetto-retro clothing craze has spawned a skate-centric version of the ultimate hipster shopping destination – the vintage clothing store. Vintage Sponsor hunts for classic 90s threads from various sources like eBay, garage sales, small town thrift stores and so on, to redistribute them to their skate team and sell the remaining goods on Instagram for a decent price.

As much as the original incarnation of “hipsters” were maligned for their retro-obsessions, are we skaters becoming the embodiment of the neo-hipster? Are we also doomed to be obsessed with the past forever? 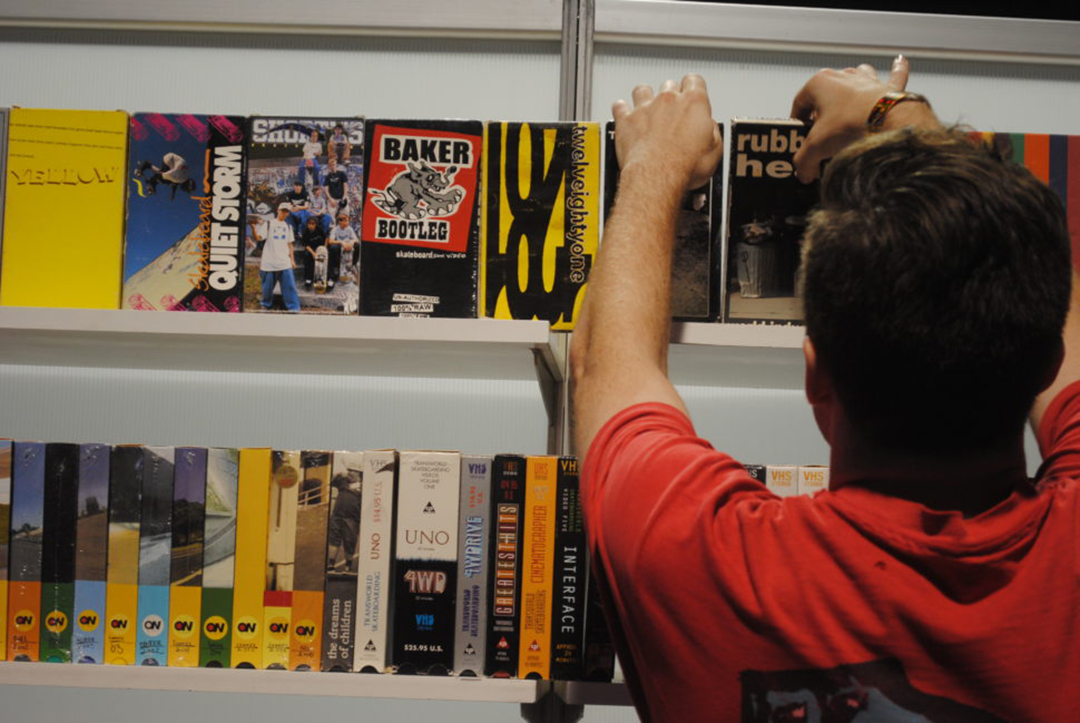 Why is all of this happening now?

I’ve touched upon a few of the contributing factors, but when you mix them up in a blender it’s pretty clear from the resulting goop what’s going on. For the first time, skateboarding as a culture is old enough to pull from it’s own past and the readily available online volumes of videos, magazine scans and stories are telling the young guns tales of a time long ago when things were purer, better, more anarchic and more authentic. Retro is cool, but possibly because it was simply just “better”.

The groms have become real students, carefully analyzing the past, nitpicking their favorite bits, and when anyone becomes a true student of anything, they come to understand the real underpinnings of what they’re analyzing. Whether it’s with art, film, or music, students always go back to the earlier forms of the movement and find a cleaner, more streamlined, less pretentious originator of what came next.

Not many people made real bucks from skating in the 90s, let alone garnered mainstream respect, but there was some rawness to the time when Stevie Williams would do a hardflip and grab his nuts in the same line. Some of us were there and we know that, but now the younger generations can see that and emulate it too. That’s why they’re all hungry and going back to the roots in whatever way they can, even if they never quite lived it. Like it or not, it’s not going to let up anytime soon.

What will people in ten year’s time say looking back at this era of skateboarding? Maybe it will be seen as a much-needed course-correction from whatever direction skateboarding was previously drifting toward. Perhaps we aren’t “looking back”, and we’re at the start of a new strain—an alternative path of a mutated skateboarding that’s hungrier and angrier than ever before. More street footage. More hijinx. Less skateboarding aimed at non-skaters, because it might just get too raw for their slick tastes.

I think in the best way possible, the past is here to stay forever.