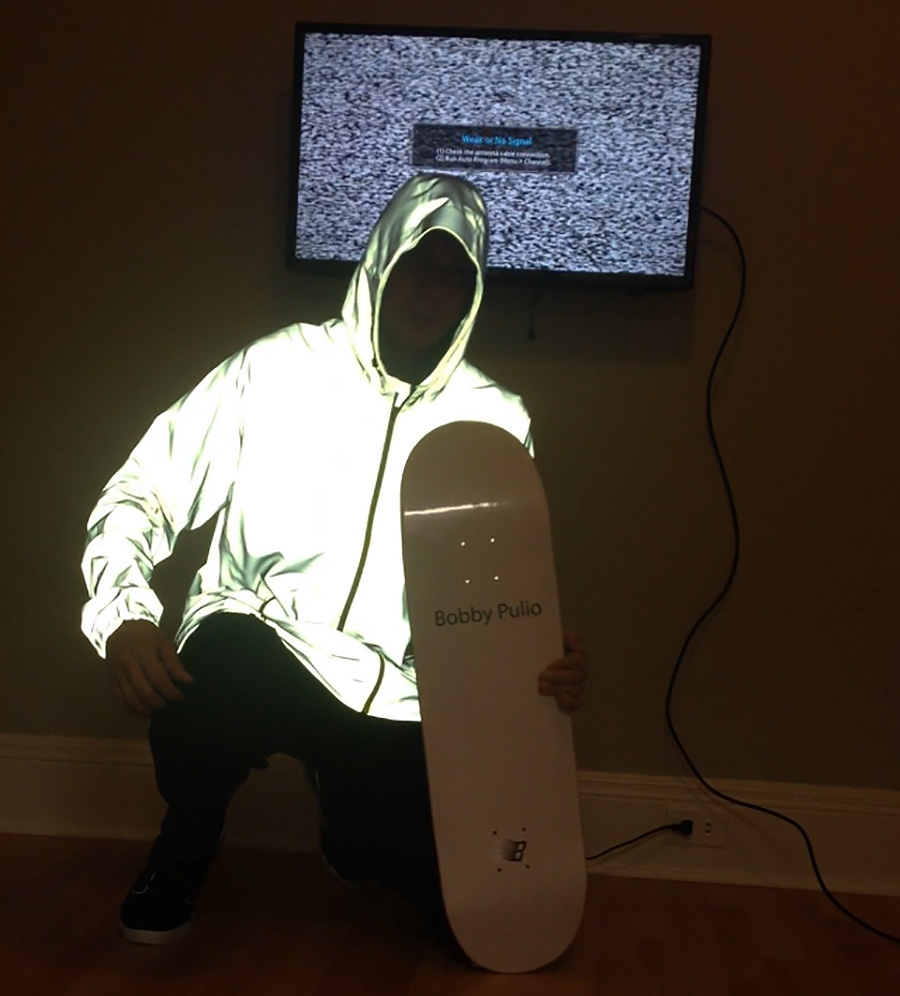 Bronze originally started as a skateboard hardware company, but it wasn’t their products that people cared about. It was the 20 minute Bronze video that surfaced over the internet in 2012 entitled ***56K*** (OFFICIAL VIDEO) [BRONZE HARDWARE EXCLUSIVE] [VERY RARE] that caught the imagination of skateboarders everywhere. With the brand’s popularity, they’ve since branched out, making skateboards and clothing, all in the same sarcastic, lofi style, dedicated to early internet and cable. While there are hundreds of new skateboard clips coming out every single day, none of them give you that magical feeling that Bronze does.

There was apparently some beef between you and Steve Berra across social media. Can you explain what happened?
Well Steve doesn’t fuck with Bronze56k. “That shit is busted” according to Steve. Why Steve? What’s wrong? I actually got to go to the Berrics for the first time a couple months ago. Steve wasn’t there (figures). Steve did however buy a Bronze shirt once. Did that end the beef? I’m not sure. Did Shawn Powers fuck Rihanna? Maybe.

”The skate industry doesn’t know what it likes”

Bronze has had a huge impact in skateboarding since it started. What advice do you have for upcoming videographers that want to capture the attention and imagination of skateboarders & the skateboard industry?
Just make a skate video you and your crew would want to watch. The skate industry doesn’t know what it likes. When I made the first Bronze video I was really over skateboarding at the time and didn’t really find anything in the industry that motivated me so I just wanted to make something that was insanely braindead that me and my friends would enjoy. Had no idea it would make anyone feel some type of way. But if really you want attention, come to NYC, film skating on cars and trucks and all that shit, people will be like, “OMG, yes!” Maybe get a trick on black hubba too. 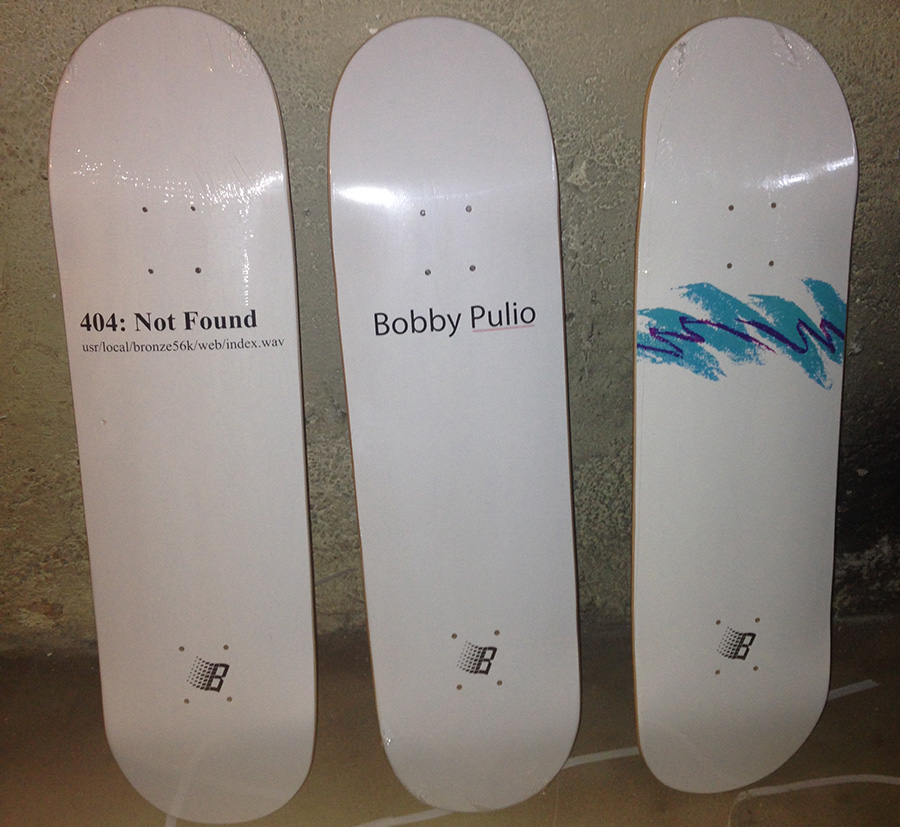 Growing up, what movies and videos had the biggest impact on you?
Skate video wise, Photosynthesis. I use to watch that 50 times a day. Even before I started skating I would watch it. I just bought the original orange VHS tape off Ebay for $47. Couldn’t pass that up! E.S.T 2.0 was a big one as well. Mosaic, Jump Off a Building, Bootleg 3000 are up there. Suppers Ready by the Green Apple Skateshop had a real big impact on me. That was the first video where I saw dudes who had 30 seconds of footy but skated to 2 songs, and all the parts just transitioned so well into each other.

Non-skating videos, late 90’s basketball was a big part of my life growing up. Infomercials at three in the morning. Videos from the first file sharing programs, like downloading Faces of Death on Kazaa, or things that were labeled **BANNED IN USA, EXTREMELY GRAPHIC***. Yeah, those things had a big impact…..kinda fucked me up though. 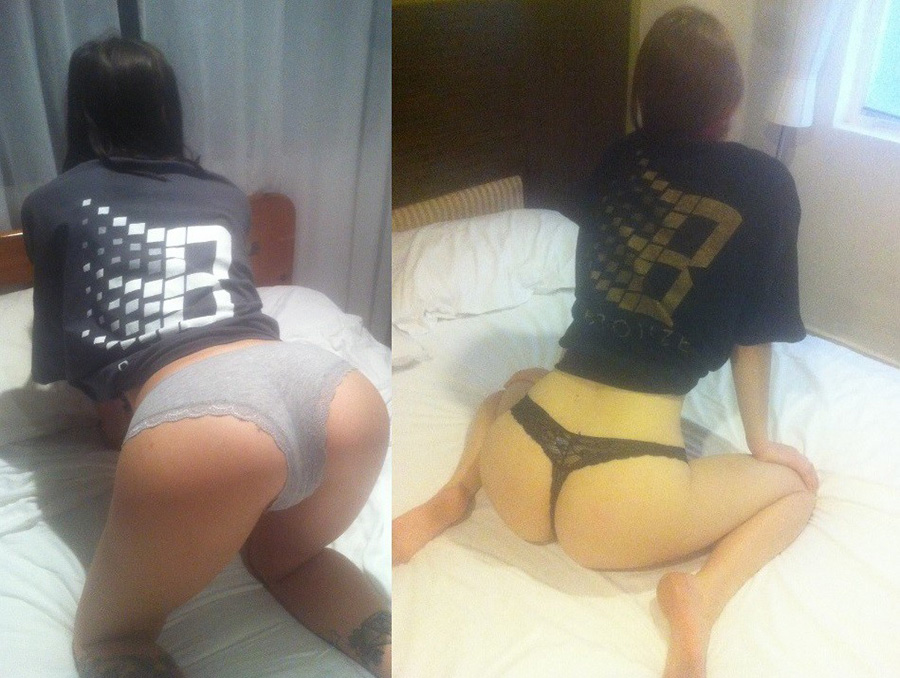 What other weird videos do you remember downloading? What sites did you visit?
I’d download really weird videos, like Rodney Mullen vs Daewon Song Round 1. I remember I left my computer on for like a year straight so I could download that whole video. I don’t know why I wanted to download it so bad. I would just download everything I could, but this was 56k modem days so I’d wait a week to watch 10 seconds of porn and flood my dad’s computer with hundreds of viruses. I’d break so many computers. He finally just got me my own computer, and I broke that too.

I was a heavy visitor of metrospective.com and 5050skateboarding.com [now quartersnacks.com]. Those sites were sick, they really inspired me to make my own videos. Thumbs up this interview if you remember “IT_DONT_MATTER”… ONLY REAL NYC SKATERS KNOW ABOUT “IT_DONT_MATTER”!!! Skateperception.com of course was another site that took over my life at 15. It was like the high school I wanted to be in. I’d fake sick so I could stay home and watch clips on that site all day. Popills.com was another one, shout out to Justin White. I miss those times, and how innocent the internet use to be. Like having a MySpace with a top 8 and a song on your page that represented who you were as a person (It was probably “Coming In From The Cold” by the Delgados). I don’t think I’d go back though. Too slow.

Your newest video, Enron was filmed in HD and some people bitched about it. What do you think? Is Bronze going to be limited to VX1000 and “vintage” video formats forever?
It’s weird that no one paid attention, but half of our first video, 56k was filmed in HD. I enjoyed trying something new, but I will always prefer VX footage because that’s just what I’m use to. I feel like with the right editing it can work out. And if you’re bitching, you probably don’t even eat ass. Yeah gimme a thumbs down, fuck you!

Do you feel pressure now because people expect new Bronze videos to always be better than the last?
Yeah, it’s a lot of pressure. It definitely makes making videos a lot less fun. I get pretty burnt out. I been thinking about huffing paint to keep the inspiration going. We got a message on Tumblr after Enron came out from some dude saying, “Yeah Enron was good, but it wasn’t like Solo Jazz.” Kids these days

Do you make any money off of Bronze? What do you want Bronze to look like in the next couple of years?
At the moment there’s not much money. I still have to work a full time job on top of this, and the money that gets made I like to put back into the brand to make more product or to give back to whoever is helping us out. I don’t want to reveal to much about the future of Bronze, but there’s some mind blowing shit in the making. You just wait… 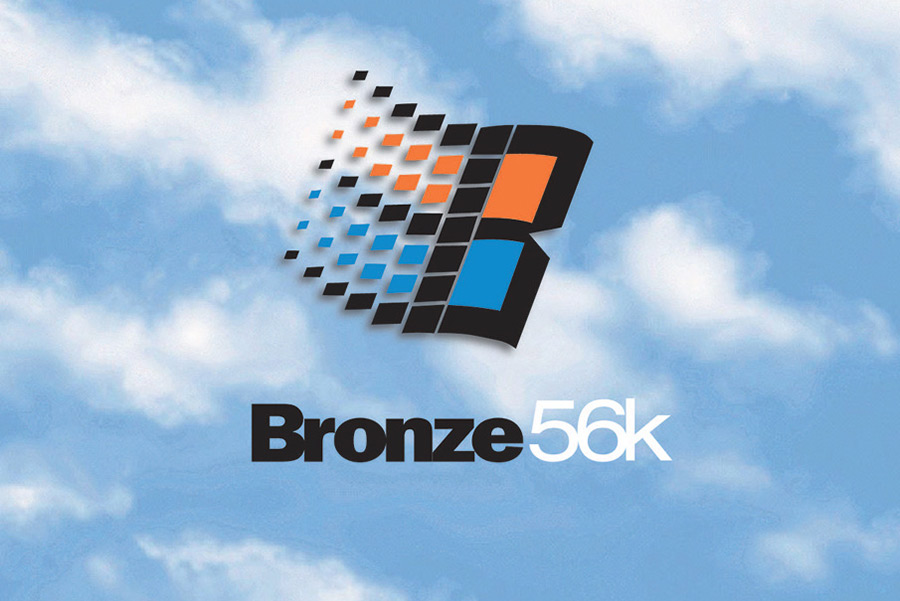 Your videos have totally unique music from any other skate videos out there. How did you stumble upon these tunes?
About 3 years ago I got really into these artists that just self-produced their own songs and put them on YouTube. My friend and co-owner of Bronze, Patrick Murray had a YouTube channel where he had a playlist of all these crazy fan made music videos to these insane songs. You’d watch one and on the side there would be a bunch of suggestions to other songs, and I’d just be on YouTube all night finding different artists. Pat surfs the internet a lot and finds a bunch of very rare gems. I remember when I stumbled upon 18 Carat Affair, I knew that I wanted the videos to have that same feel as their songs. I like using songs that have like 1,000 views or less. Don’t really want to use an artist that’s too blown out. The music is definitely a huge part of the videos. I get tons of emails asking for the track list to Enron. But I’m not gonna give it up.

Have you heard of the “deep Internet“? Have you ever heard about going on there or trying to get on?
Yeah, my old roommate would buy acid and probably heroin off of there. A package would come in the mail and you’d open it and it would just be a stick of lipstick. You’d have to break open the lipstick and there would be a tab of acid in there. That dude sucked though, he wouldn’t pay rent but would buy a bunch of drugs online. There’s some Bronze shirts on the deep web probably.

While the Bronze brand is your own original creation, the vibe and ideas seem to be kind of a VaporWave / Seapunk mashup, added to a skateboard video. Would it bother you if someone said that Bronze is just a ripoff of those ideas, music and scenes?
No, I wouldn’t get mad. I think it’s pretty obvious Bronze is heavily influenced by that whole subculture. Bronze is also a big basket of copyright infringement so I’m really looking forward to these upcoming lawsuits. I think it was Andy Warhol that once said “A good artist copies, but a great artist fucks your bitch.”

Interview: James Lee
Portrait Photo courtesy of Bronze.
More on our Facebook
Let us spam you on Twitter