AN INTERVIEW WITH CALLUM PAUL ABOUT PEEING IN HIS MOUTH 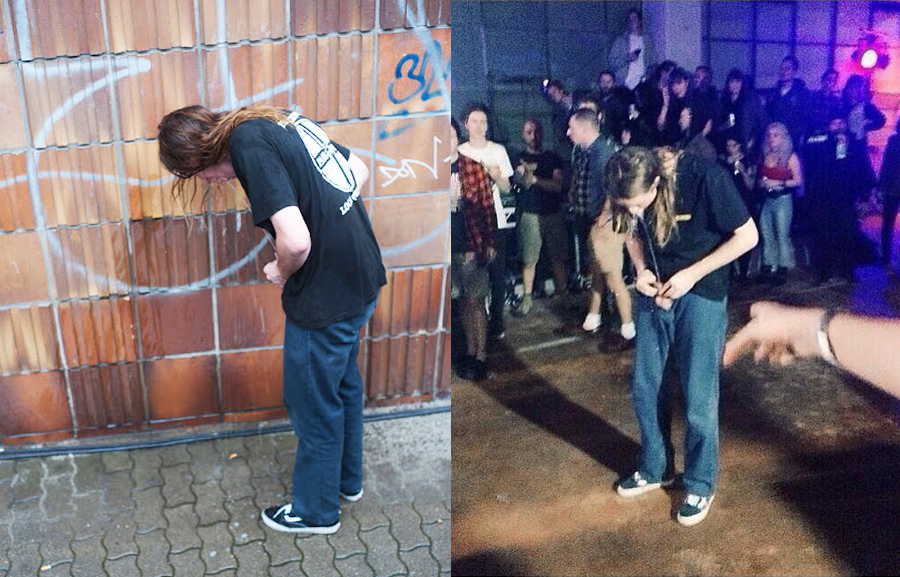 As skateboarders, we know him as Callum Paul, the Australian pro skater – but to most of the internet, Callum is simply “the guy who pissed in his own mouth during a Trash Talk show“. Going viral several weeks ago for the photo above, he went unidentified for a while, until Richie Jackson left a comment revealing his name. While a bunch of music sites have tried to get in touch with him, he has been declining requests, laying low and recently turning fully pro for Passport Skateboards. Lucky for us, Callum was open to talk about the incident for the first time and give us tips on the proper way to bubble.

Do you have to swallow when you piss in your mouth?
Nah, there’s really no protocol. You just kind of gargle, and maybe spit and spray it into the air out of your mouth afterwards. That’s pretty good form. If you wanted to swallow you can… you can do whatever you want, but I think it’s more fun to spit it out into the air as a celebration.

Tell me how you started and why it’s called “bubbling”.
There is this one guy from Sydney, named Mitty and he used to come to the city and would always do it. He just called it The Bubbler after the water taps, or water fountains in school. This was a few years ago and it kind of caught on when a few Austrian friends came to town. They got really into it and took it back to Austria. They really progressed the whole bubbler and invented another one, called The Waterfall. The Waterfall is one guy standing up pissing into a guys’ mouth who is kneeling down, who is pissing into another guys’ mouth that is lying on the ground. The bubbler really took off from there.

It’s a bit salty right?
Yeah a little bit. A bit warm. A nice, warm refreshing tinkle in the face. 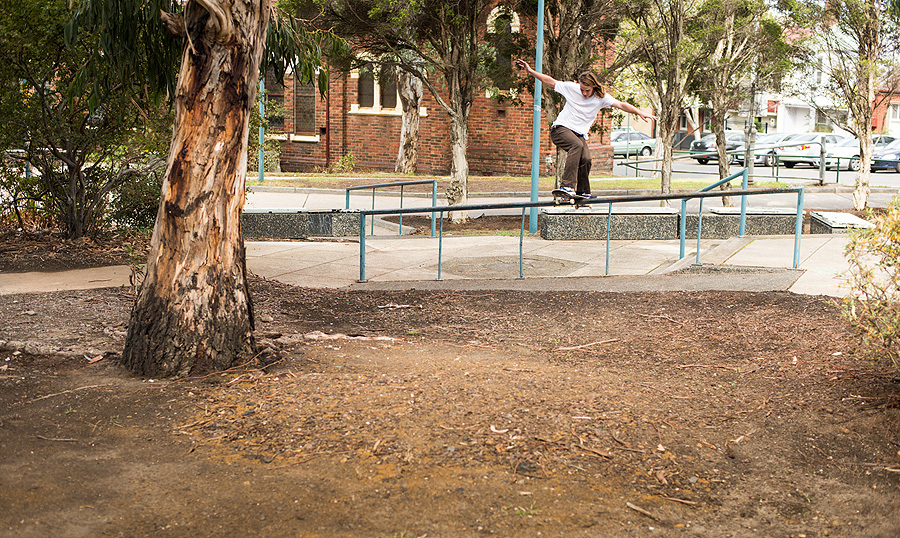 The photo that went viral on the internet was at a Trash Talk show. Tell me about how that happened.
This band was playing [Trash Talk] and they were really trying to be as hard as they could. The mosh pit had some serious enthusiasts and then for one song, the lead singer wanted everyone to sit down for it. The whole audience just sat down and listened to this punk song. I just thought, this doesn’t seem punk or anything really. Then someone was like, “I think you gotta bubble in here cause these guys are really stiff.” I just walked to the pit and waited for a really mellow section and did my thing. The band actually stopped the song and the singer was like, “This fucking psycho is pissing in his own mouth!!!” All of the websites that reported on the incident claimed that the band was trying to embrace it, but they weren’t into it at all. They were like, sickened.

So everyone was really like, what the fuck?
Yeah. I thought these guys were meant to be a punk band or something.

Are you a big fan of the band Trash Talk?
I don’t know, I’ve never heard of them before. It was just some Converse skate park that had free beer so I just went along.

Do you think the whole picture and incident got blown out of proportion?
Yeah it’s just a joke but I think people took it pretty seriously. They don’t understand the comedy in the situation I guess.

VICE did a piece claiming that bubbling was “huge” in Australia, but everyone was saying they got trolled and it was bullshit. Did VICE get fooled?
Yeah, they were definitely had. It’s not a huge trend in anything really. There’s not many people that do it. It’s just blown up on the internet. I saw some DIY thing in Bolivia, one Australian kid was over there and he was bubbling a lot and they were loving it. It’s just a great way to see what people’s reaction is really, but it’s not “huge” or anything.

You just turned pro for Passport Skateboards and they released two decks, one with a flower and the other is a kid doing a Bubbler. Why these two decks?
Well, I didn’t really pick the kid pissing his mouth one, but the flower one is the state emblem for where I live, but it’s also because I studied botany and I like flowers. I did a B.S. and majored in Zoology and Botany and I always liked those botanical illustrations and thought it would look good on a board. I finished my degree a few years ago. I keep putting off going back to do further studies. But I would like to do my Masters one day.

Bam Margera actually pissed in his mouth and did something similar years ago. Did you ever see it?
Yeah, I heard about that! I haven’t seen it yet, but someone told me about it.

What advice do you have for kids who want to get into bubbling?
You can’t be forced to do it. You just gotta feel it, know it, and then show it.

Do you think you’re going to hell for this?
I should hope so.