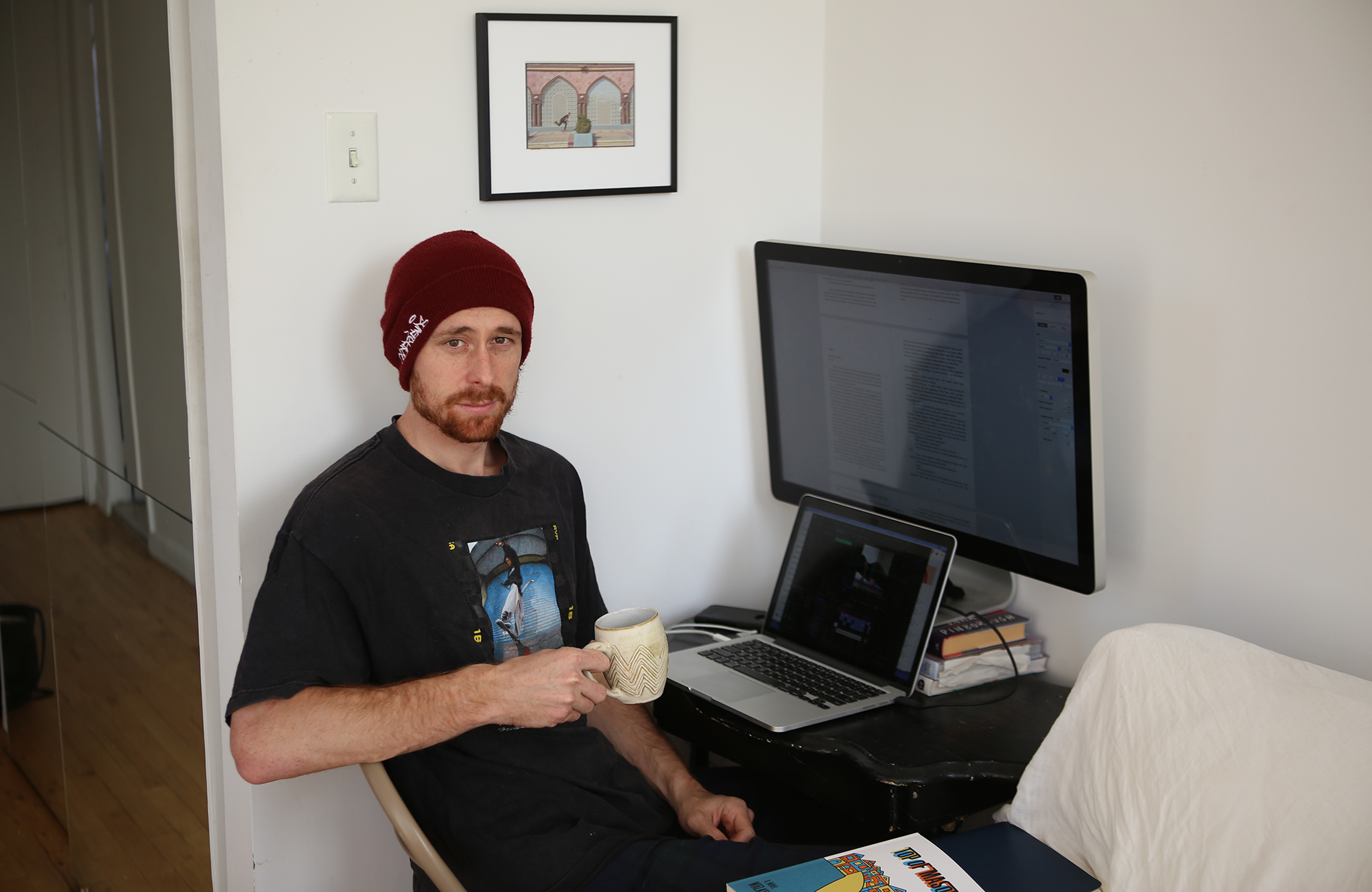 By now, you’ve probably seen that Walker Ryan has recently written and self-published a novel, Top of Mason, that follows the ups and downs of Henry, an Idaho native who is trying to make it in skateboarding.

To accompany the release of the book he also put out a pretty quality part for Old Friends, “ABD SFC” to demonstrate that writing hasn’t made any of his tricks soggy. I don’t think there has ever been a novelist to put out a pro part in the same year, so congrats to Walker for being the first!

A lot of the coverage around Walker’s book has been reduced to joking about skaters’ reluctance to pick up a book. And while reading is a way to pass time and entertain yourself, it’s really not for everyone. So rather than put those who don’t want to read down, we reached out to Walker to talk about his book and discuss the pros and cons of thinking about skateboarding critically.

If you’re curious about Top of Mason or just a cheap ass, Walker was kind enough to send over an excerpt that you can download right here!

What made you pick the one profession that gets paid even less than skateboarding?
[Laughs] And it’s way more time consuming than skateboarding. I just wanted to stack the odds against myself. Who needs some stability and security in life?

At any point did writing this book make you want to quit skateboarding?
[Laughs] No, I mean, definitely not. This was just something that I would do a little bit every morning. I chose to do it in my free time and really the coolest part about writing this novel was that most of the writing I did was just in my head whenever.

Even on skate trips, it would be a way to get me out of my own head. I’m like why can’t I do this trick? I’ve been trying it for three hours. Well, maybe I should start thinking about what is going to happen to Henry, the main character in the book. Then I won’t be a stressed-out maniac and I can just work that problem out and then try the trick. Or anytime I was bored, I would just think about the story and figure out the story and fix any problems in the plot.

It was very complimentary. If anything, it helped me enjoy skating more.

It’s funny because most people use skating as an escape from their problems or real life.
But for you, this novel was your escape from skating.
Yeah. Skating is weird, and I don’t go too into it with this book, but I like to psychoanalyze the anger and aggression that is so common with skateboarders, including myself. It’s this inability to control your anger like any normal person. It’s a weird thing.

In recent years college classes have been created around skating and there’s skate-centric conferences like Pushing Boarders. What do you think skating gains or loses from being critically analyzed and included in academia?
I have never been to Pushing Boarders and even though I went to college, I really didn’t link my skateboarding to anything academic. Even to this day, I haven’t.

I’m digging it, as an audience member. I feel like it gives a voice to people on the periphery of skateboarding that haven’t had a voice before cause they’re not working for a media company or a brand. Like people who had opinions about skateboarding and the culture didn’t really have a platform. So I think that what skateboarding gets out of that is reevaluating itself and I hope that leads to some progress.

I don’t really enjoy overanalyzing skateboarding in the academic sense though. I respect that it’s happening, but I don’t really see myself as wanting to dig too deep into it. It sort of loses some of its charm to me. Skateboarding is a pastime; it’s entertainment, and it’s kind of silly even though it’s what I’ve dedicated my life to in a very serious way. Maybe in five years I’ll be totally wanting to dive in and read sociology books on skateboarding and pick it apart in that way. But, I struggle with it sometimes. 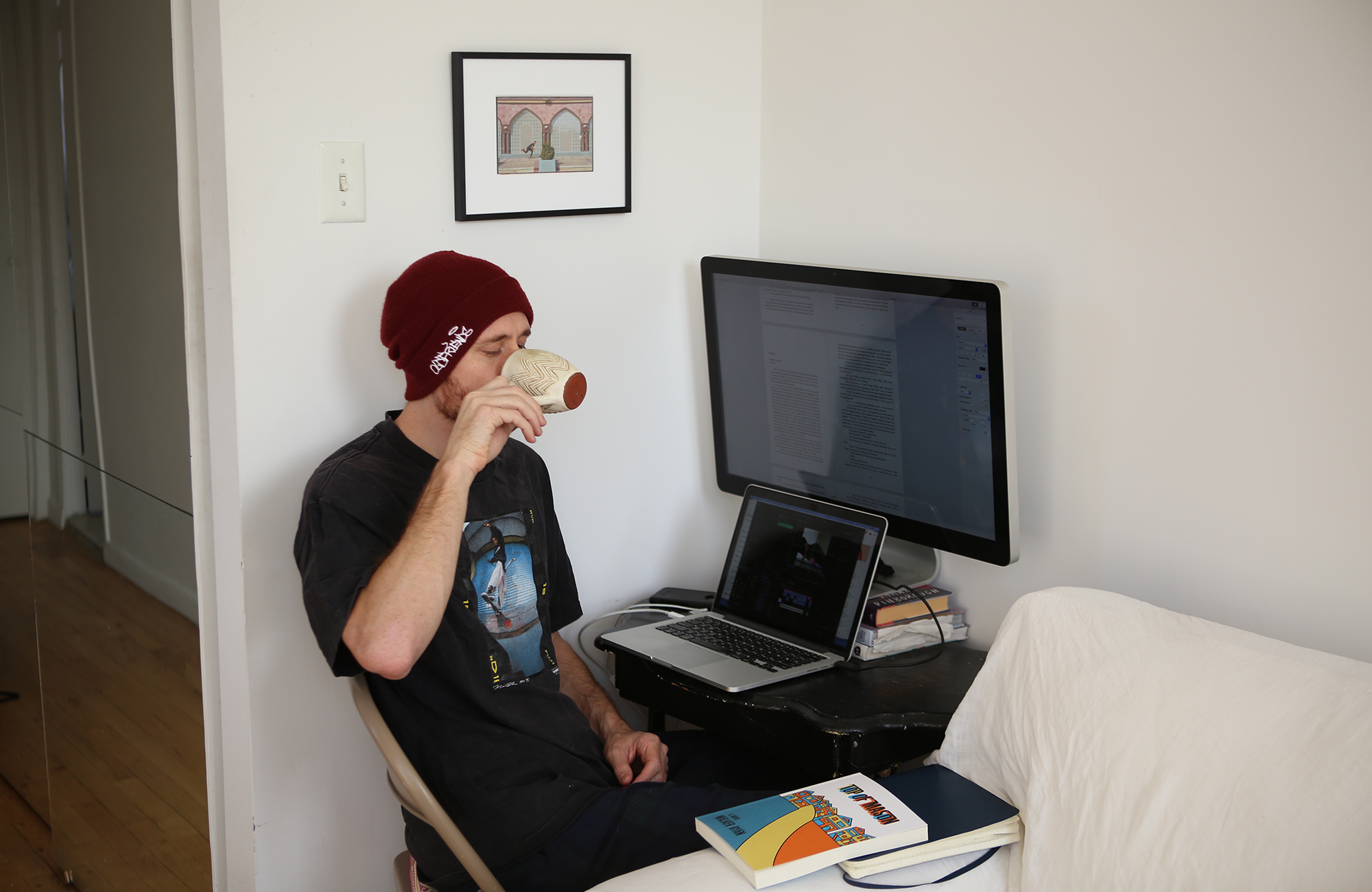 Do you see skaters who seem to care about academia becoming more of the norm in the coming years?
I feel like it’s already becoming much more normal to see up-and-coming skaters who are going to college and I hope that’s a trend that continues. Not that I think every skater needs to go to college, but it should be seen as totally doable.

I’m excited to see more skaters going to college and not even talking about it. There are a lot of skaters who are pro and went to college but it’s not even part of their marketing. Nobody even knows it. It’s becoming more normalized. I love to see that. On the other hand, it’s good when college is part of the skater’s identity because then it is also normalized.

What does Top of Mason add that other things like Mid 90s, Lords of Dogtown, or North Hollywood, haven’t already added to skateboarding in pop culture?
I feel like most movies try way too hard to explain skateboarding, and I find that very irritating. I haven’t seen North Hollywood, but even from the trailer it kind of had that familiar feeling, of “OK, let’s try to over-explain how a kid who loves skateboarding ‘goes pro.'” I hope it ends up being a good movie, but that’s a very different kind of story than what I hope to achieve with Top of Mason. I want this book to offer a glimpse into the psyche of a skater, living in the social media age, who is on the fringes of the professional skateboarding world.

What were some of the biggest challenges in writing the book?
One of the main characters is a person experiencing homelessness and dealing with addiction, and the biggest challenge was trying to get that character right. He was inspired by some of my friends who have had similar experiences, so I had those friends read it and let me know if it was offensive or not. That was scary. Their feedback and notes were huge and super helpful, and I’m extremely grateful for them. Especially because they’ve been able to come out on the other side of those life experiences.

It was also difficult to accept when something wasn’t working with the story. I had readers give me constructive feedback that was really disappointing to hear because it meant I had to go back and fully change things or completely rewrite sections. So that was frustrating, but I think that’s just part of the process. 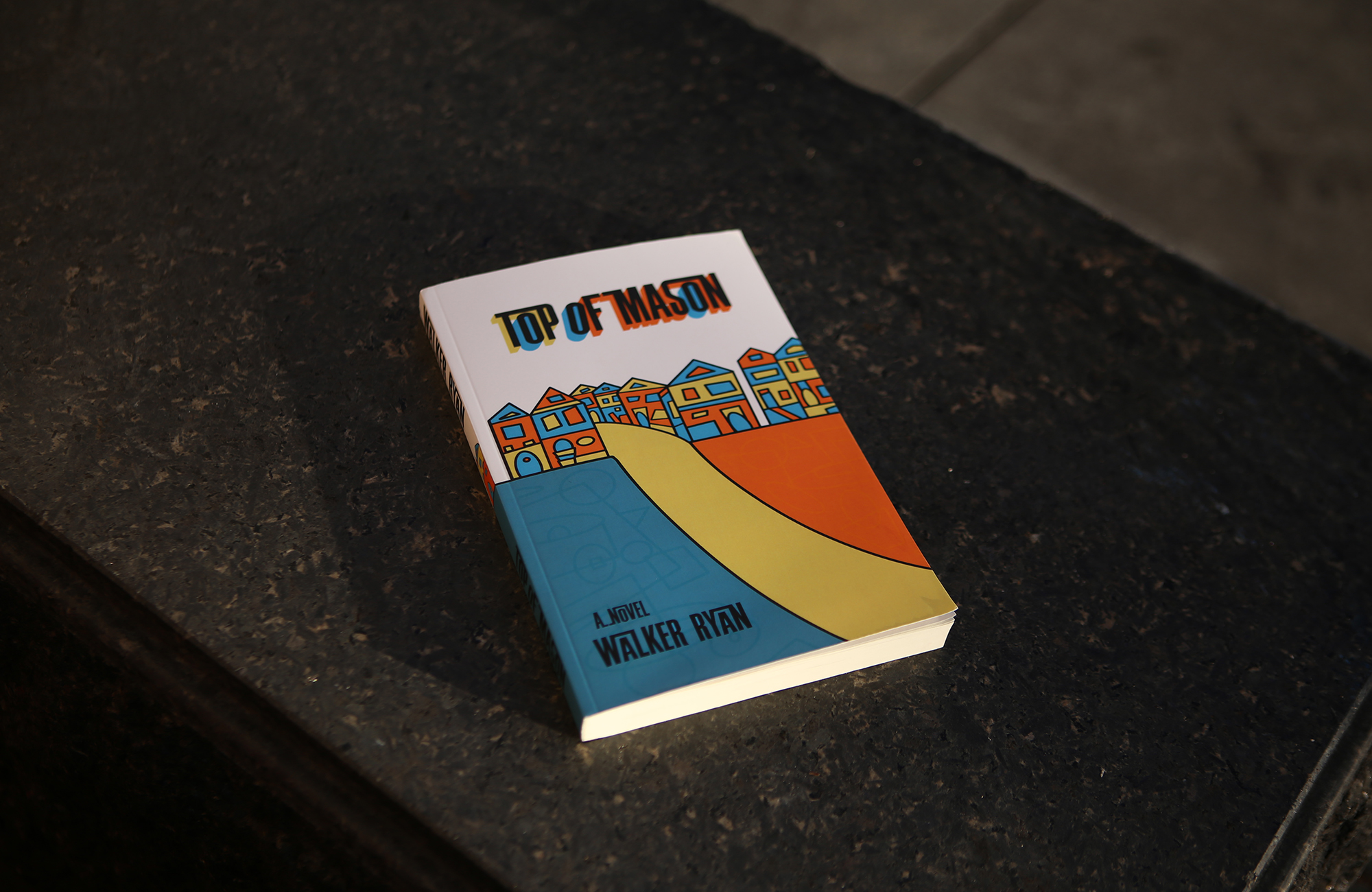 When you first started writing this book, was everyone supportive of the project?
I honestly kept it pretty secret. There are still some of my best friends who are hitting me up this week since I posted about it like, “Dude, you wrote a novel?” I really didn’t like talking about it, because I didn’t want to be that dude who’s “working on his novel.”

Everyone knows that guy.
[Laughs] Yeah, exactly. For probably four years I was “working on a novel.” Then when I finished it, I mentioned it to people who I thought might help improve it and asked if they’d read it.

My wife was supportive and psyched throughout the whole process. She’s a big reader. My family of course was super supportive. And my friend Nic Henry, he tore through the most amount of drafts and really helped shape it. Nic [Dobija-Nootens], who used to work with you guys, actually was one of the editors too. Showing it to Suciu was awesome, because he has such a great take on literature and skateboarding, and likes to overanalyze things in the same way I do. He’s a much better reader than I am though. I’m sure once he sits down to write a novel, it will be excellent.

What do you hope to achieve from publishing this book?
Today I got a call from my friend Patrik, who refuses to read fiction, and he was totally psyched about the book. He read it in like two days. I think he finally understood that fiction can still be about real life and that it’s just a device for telling stories that are true, even if they’re made up. That feels like the biggest achievement ever! If he goes on to dive into more fiction, that will be rad. I hope more people out there have an experience like that by picking up this book.

I’m not trying to win any literary awards with this, you know? It’s just supposed to be a story that is really fun and easy to get into and is true to skateboarding.

What is the biggest word you know?
A few minutes ago I heard my wife use the word “duplicative” on a work call. It’s not very big, but it sounded nice. I’ll go with that.

Has your wife found you more attractive now that you’re a published author and a pro skater?
I feel like until this week, I’m like, “Wow, huh, I guess this is a thing.” But I wouldn’t say I’ve become more attractive. If not a little less because I spent all this time on a long passion project instead of getting my life together and getting a real job.

Do you think that you’re better than me now because you wrote a novel?
[Laughs] No, certainly not.