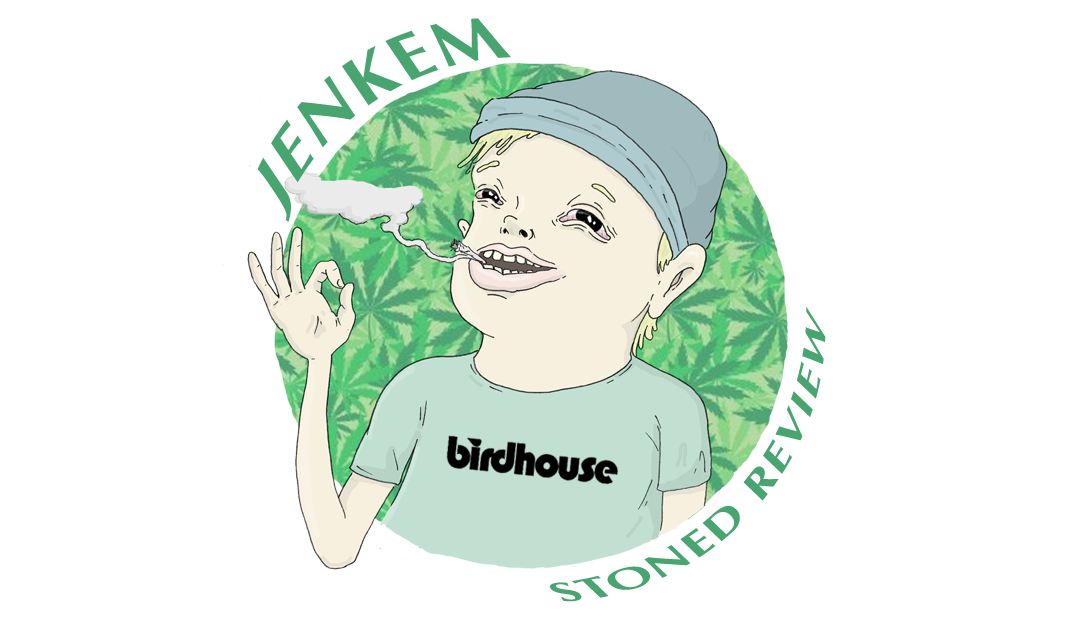 I was pretty sure Birdhouse went out of business after they made that retirement video, The Beginning, which was a followup to their previous retirement video, The End, but it looks like people didn’t get the message and Birdhouse is doing it one last glorious time with their newest video, Saturdays. Will this zombie of a board company manage to crawl back into relevance one more time? Let’s pack this bong and see…

The video opens with some guy in a mullet and Black Sabbath T-shirt yelling “That is what we live for baby!” then goes into a series of epic drone shots. The hardcore skate rat vibe is tough to reconcile with a goddamn drone camera, but I guess the goal here is to make me feel like I’m watching a movie instead of a skate video. Cool. Skate videos in 2017 are…thriving?

Now comedian Andy Samberg and one of his bearded comedy minions surprises the Birdhouse team and challenges them to a skate off. The only celebrity cameo a skate video ever pulled off was Owen Wilson in Yeah Right because they didn’t slap him on as a goofy outsider and make him do CGI triple kickflips on a fuckin’ vert board like Andy’s beardy friend is doing. This doesn’t look promising for the rest of the video.

Somehow that segues into Jaws jumping down El Toro fully naked. As far as openers go that’s a pretty good one, but I wish they would have unblurred the dick. We’ve already seen Jaws spread his sphincter twice on King of the Road, so what are they protecting us from? Let that wang fly, man.

Jaws is one of those skaters that films novelty parts, the novelty being that when he was little he saw the Toy Machine video, Jump Off A Building, decided those guys were a bunch of pussies for not actually jumping off any buildings in the video, then proceeded to make a career out of riding his skateboard off roofs like a crippled bird. If you liked those “Criddler on the Roof” videos Jaws put out, where every single trick is some zany roof drop, then you’ll like about half of this part.

What the hell does ‘criddler’ mean by the way? A quick Google search tells me it’s slang for a meth head. Specifically, a meth head that scales buildings and robs people. Sick. I heard a story once about a former meth head who said the most fun he’d ever had on it was the time he smoked it, climbed a radio tower, and shouted like King Kong until police pulled him down. If Jaws treats buildings like playgrounds while he’s not on meth I hope to bajebus he never starts geekin’ on the Christina.

After Jaws there’s a sketch with Ben Raybourne and those guys from Trailer Park Boys. Wow, Birdhouse is the only team besides Creature that has like half vert/pool, half street skaters. Can’t tell if that’s progressive or just poor planning.

Now Johnny Knoxville is wearing a sailor’s hat and introducing David Loy á la Jackass stunt. Tony Hawk is driving a car full speed at a porta potty that David is standing on top of with his little skateboard. I guess the challenge is whether David can bomb drop off the shitter before the car knocks him off.

The stunt is probably just a secret ad for Mini Cooper (yeah Tony Hawk is sponsored by cars), but my real problem is that they put Steve-O, Wee Man, and Mr. Poocano himself, Dave England, in the car with Tony for no other reason than to pound the Jackass connection into our heads. If Tony’s gonna endanger the life of one of his riders, I want to see him be psychotic. Like tell one of them they have to fight Floyd Mayweather because Tony bet all of Birdhouse’s money on how long his riders can last in the ring. If they die before three rounds, Birdhouse is done for good.

Whoa, alright. Now Clive Dixon is preparing to crooked grind some mega hubba in an industrial drainage swamp. I’ve heard people call Clint Walker a jock skater but watching Clive Dixon scream “Fuck!” directly at this hubba then grind the shit out of it is way more jock than anything Clint’s done.

Clive’s like a character out of Dukes of Hazard, only instead of sipping moonshine he shotguns beers with a vengeance. Where’s the anger coming from, Clive? Why do you love ripping beer cans apart with your bare hands and guzzling their insides like you’re reveling in the blood of a sacrificial lamb?

After a Eric Andre cameo, our next contestant is Shawn Hale, who I like. For his opener he does a full body sack to face plant, then some Wes Kremer type wallie to grind down two hubbas. Those tricks alone are enough for me to forgive him for including a clip of someone jumping a ditch on a motocross bike. If anyone says this video is not a jock skateboard movie, just remind them it contains a straight-up motocross action.

Shawn’s last trick is this ever so delicate back 180 fakie 5-0 down a hubba, and it’s just great. Stoned or not I’m giving this fucker’s part three dicks on a four-point dick scale.

Shawn is followed by a flow and friends section. I guess we’re still doing this in 2017. I thought social media had shown us that friends sections aren’t necessary anymore. All this footage belongs on Instagram.

Next is Lizzie Armanto. I can’t remember the last time I watched a woman’s pro video part. So far there’s a lot of guest tricks from the guys on the team. Seems kinda like manspreading.

Hah! Just saw a Monster energy sauce sticker on Lizzie’s board. Had no idea she was sponsored by the juice! Good on her for showing female skateboarders around the world that with hard work they too can promote a poisonous beverage company.

Next up, Jason Sudeikis and some mook reading Ayn Rand’s The Fountainhead are non-conspicuously hanging at home when who else but T-Hawk enters. What if some kid sees this and decides to pick up Ayn Rand. I never saw The Hawkman as an Objectivist, but maybe the money finally has gone to his head.

The best thing about Clive’s part is that he doesn’t have one of those contrived celebrity cameo— oh wait… nevermind. Musical icon Patti Smith is saying something motivational about Clive as one of her songs starts playing. 😞 Gonna rip the bong one last time in memory of simpler times✌️.

Where were we? Oh yeah, puttin’ in the dicks. I missed the first couple tricks but it looks like Clive is the true gnar dog of the Birdhouse bunch. He’s hitting one rail after another, jumping into shit the hard way, doing some switch stance maneuvers that make my pee pee tingle.

Clive’s ender section is truly insane. Crooked grind the Staples Center hubba, front lip a rail that’s so tall and long it can only be filmed with a drone camera, and to finish, front noseblunt down El Toro. This man knows how to end a video.

That’s a wrap on Saturdays. As the credits roll by some lady is threatening to push skateboarders into the street in hopes that they die. Fuck yeah. That’s the kind of gnarly citizen I want to see skaters face. It keeps us grounded.

The rest of the credits are boring except for clips from these two legless skaters. How did they not make it into the friends section? If I wasn’t so high right now I’d call the ACLU and report T-Hawk. But I am blazed, and as I drift off to sleep I’ll wonder what Clive was feeling at the beginning of the video when he hugged naked Jaws and had that unblurred penis rub up against him. Mmm… Man, I think Jaws made me gay. Nice.