Recently, our friend Tommy brought up the idea of ollieing the famous Bond Street gap in Manhattan with 40 ounce beers taped to his hands. Unsure if he was joking or not, we kind of just stared at him like he was crazy, but as supporters of all things stupid—especially whenever Malt Liquor is involved—we urged him to get it on film.

After trying out the big glass bottles and realizing he’d legit ruin his hands permanently if he bailed (and he ain’t no P-Rod), we did the softcore version and tried it with a couple of Olde English’s “Shatterproof” 40s. After a few warm up whiskey shots and a few flat ground tricks to get used to skating with liquid weights taped to his hands, Tommy went for the huck and thankfully came out with a rollaway. 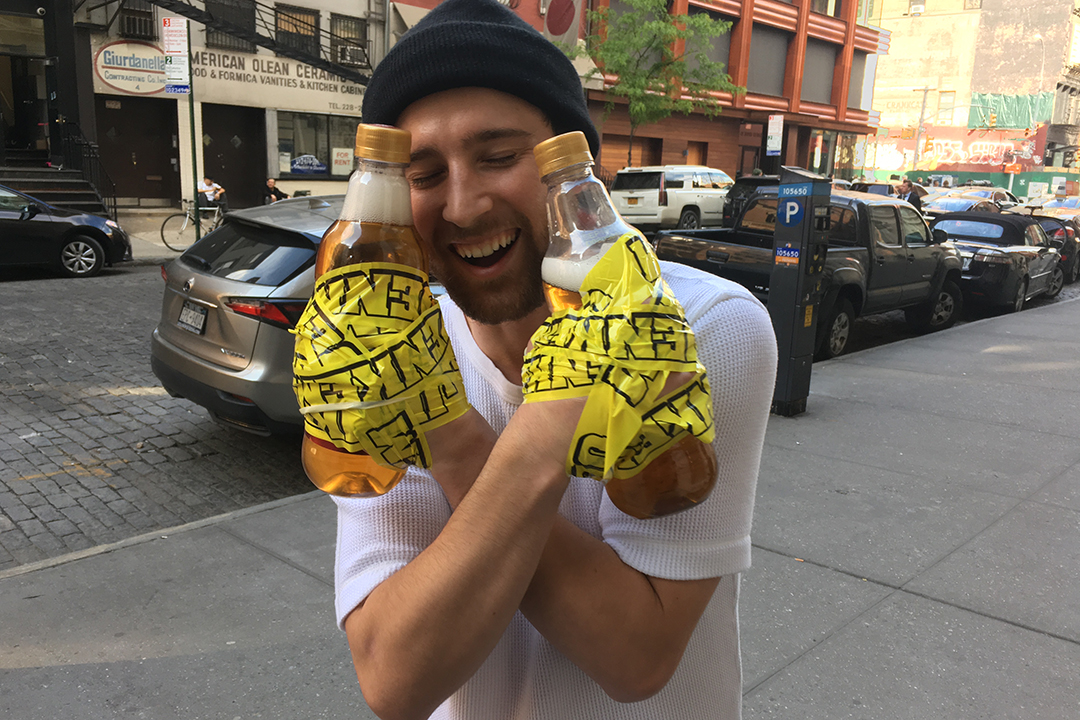 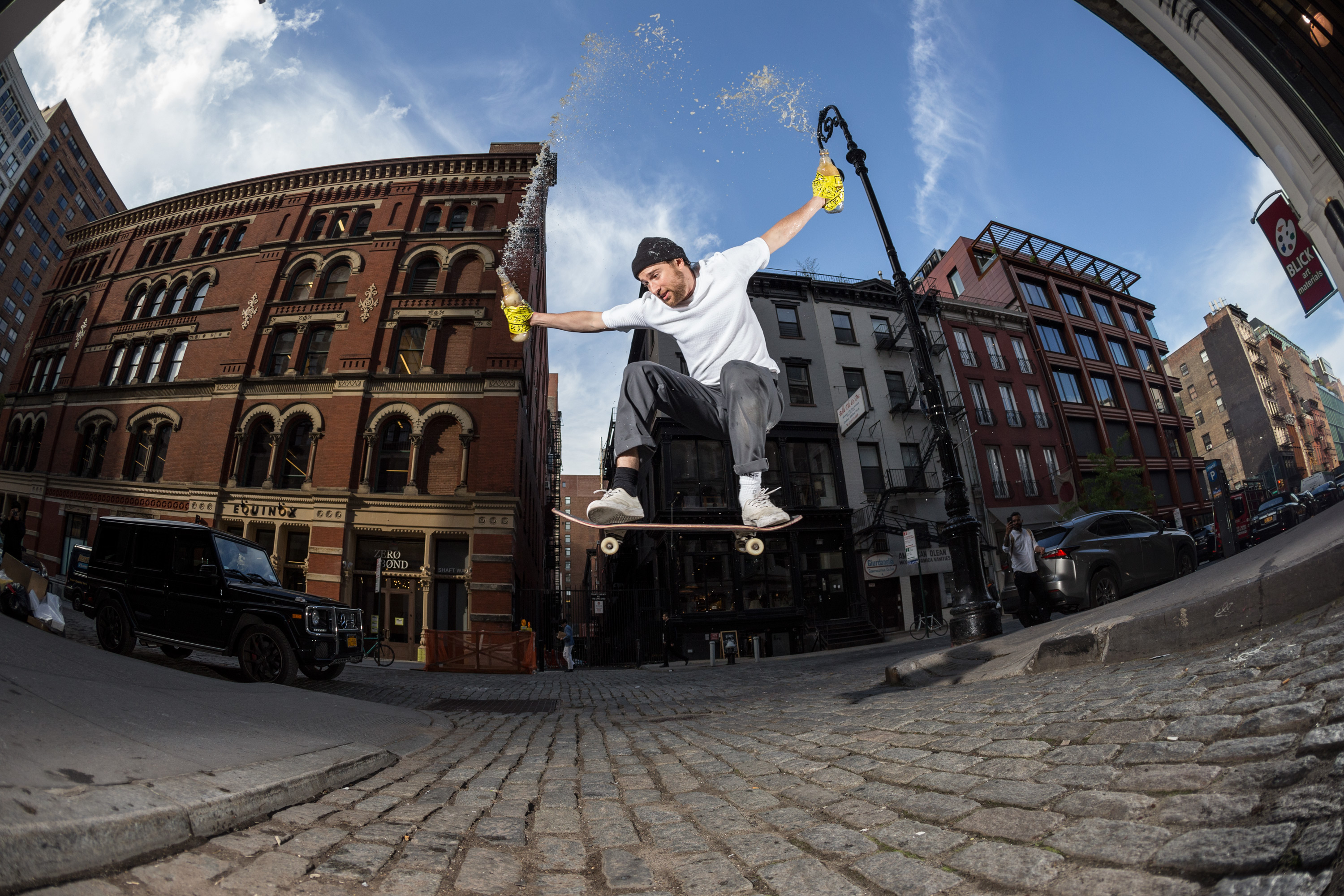 Filmed by: Alexis Castro & Alex Raspa
Edited by: Shrimp Daddy
Epic Ollie photo by: Mac Shafer
Share this with your college drinking buds on Facebook.
Report this as underage drinking on Instagram and Twitter.