GHETTO CHILD IS BACK! 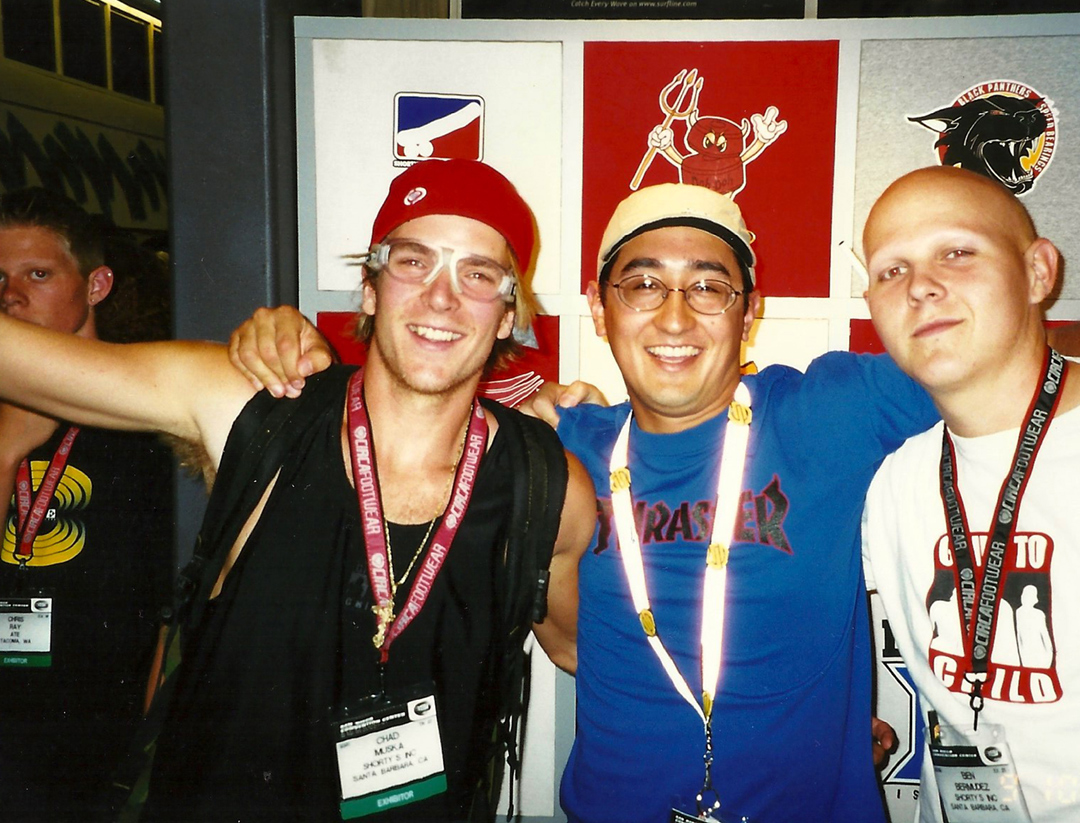 Eventually the momentum faded in the mid-00s, and like any fashion trend, it went out as quickly as it came in, but for those of us who were lucky enough to grow up then, we’ll never forget the fervor around the techy look and all the brands.

So when I found out that Ghetto Child wheels was rebooting, and with the original team too, I couldn’t help but hit them up and try to get some background about the brand, and of course, an obligatory Muska party photo or two. 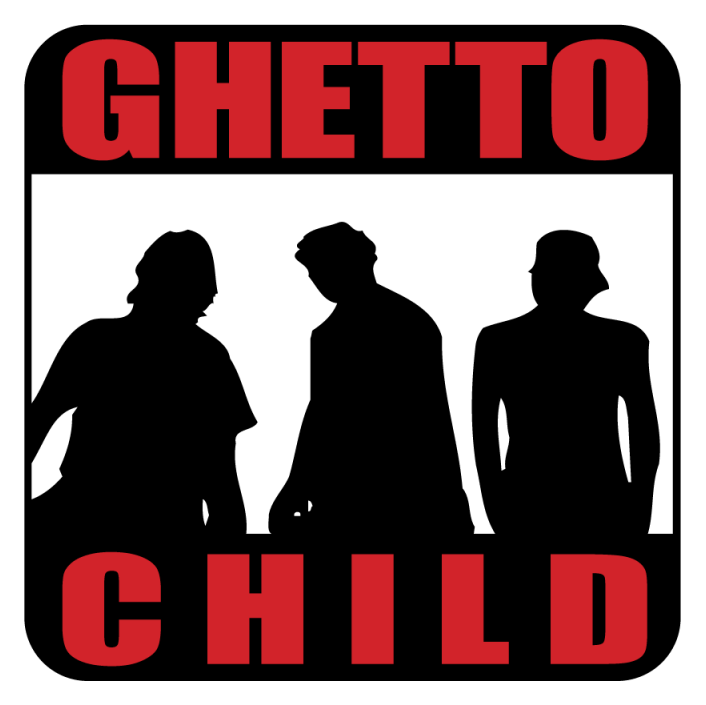 You were involved with the original Ghetto Child that launched in 1997, right?
Yeah, I worked at Shorty’s in ’98… And then kinda right after Fulfill The Dream came out, I got offered the position to be brand manager for Ghetto Child in 1999. I was 19 years old. I was just super ambitious and motivated as a skater, working at Shorty’s trying to be involved and do everything I could to help, and that’s where it went.

But now years later, being 38 years old and to get a second shot at this, it’s pretty rad.

What was it like managing Ghetto Child back then?
It was pretty surreal. The whole team was basically rock stars, so wherever we went it was just a show. Especially with Chad… he was the biggest thing in skateboarding at that time. I remember being at an ASR Tradeshow and he pulled up right outside the front of the tradeshow and just unloaded his car full of gear and people were just going nuts. He was just giving stuff out.

What about the ladies? Any groupies?
Ahh… I don’t really know that much of that. Maybe those guys did pretty good on their own, but I don’t feel like at that time in skateboarding there were a lot of girls at those events, it was always just skaters. 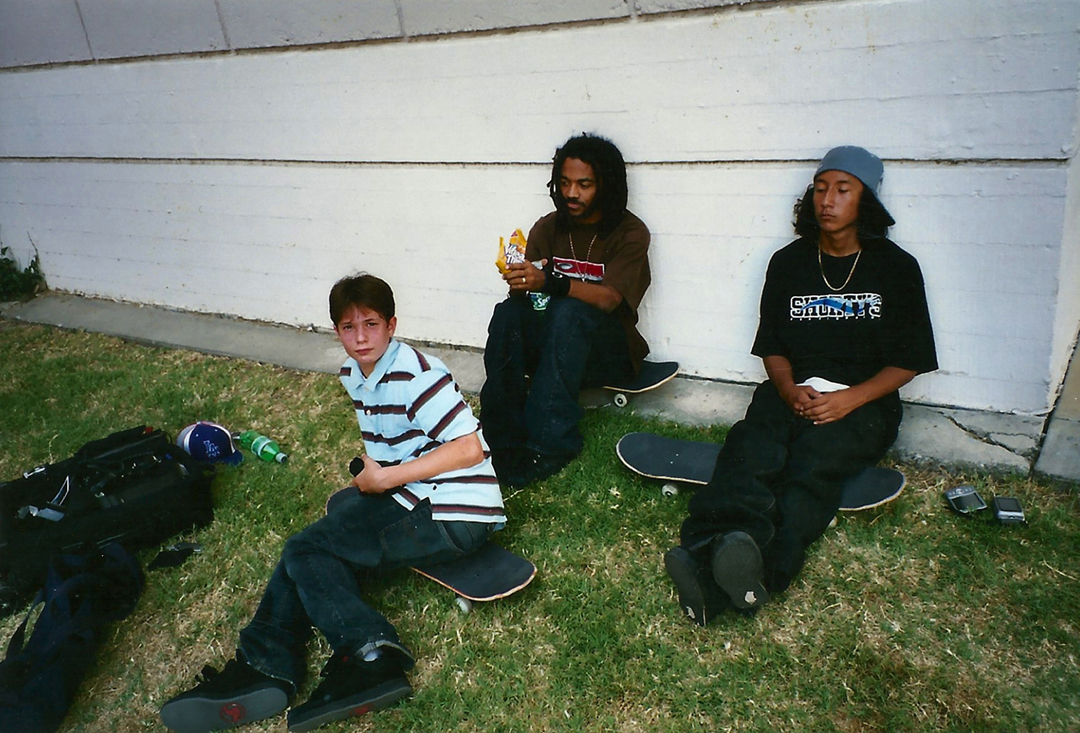 Do you think DGK ripped off Ghetto Child?
I do not. I know Stevie [Williams], that was his crew back in Philly. That’s what they called themselves forever. It’s different. The only thing that would be in common is both brands share the word “Ghetto.”

Why are you guys relaunching the brand now?
When any of us have run into each other over the years, we’ve kind of always talked about it. We’ve always wanted to do it, but now the timing was right with all of us being in the right kind of place in our lives. It just seemed to kind of work.

The old Shorty’s filmer, Tuan, Bryan Herman and Braydon were going on some trips for Happy Hour and they started talking about it. They were really the ones that pushed for this relaunch. They hit up Muska and then they got in touch with me, and we started talking and meeting. It’s kind of perfect timing with how much the 90s are in right now. Herman and Braydon were trying to expand their offerings at Happy Hour, so it all worked out. Happy Hour is gonna be handling sales and distribution for us. Tuan and I will be handling social media, team, and everything else. 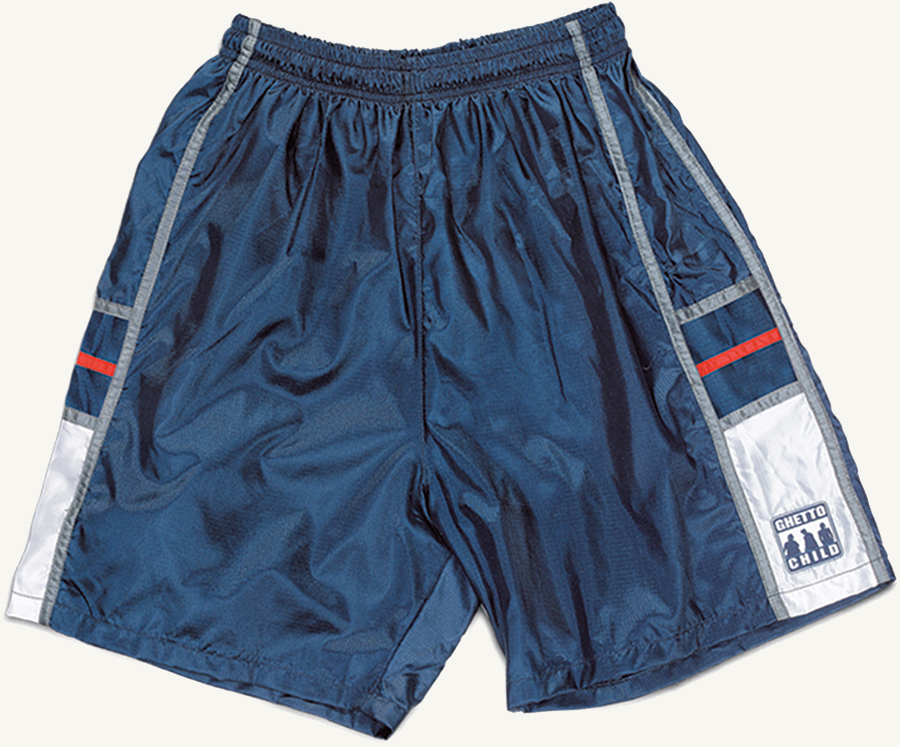 Selling wheels sound like suicide for a new brand. Can you actually make money from skateboard wheels?
I mean… you can. I think for us, we’ll always be doing tees and clothing and stuff to compliment the wheel company. There’re enough margins to make some money. We’re taking it really slow and trying to make it grow organically. We launched with one T-shirt and three sets of wheels, we’ll just let it happen… We don’t want to oversaturate the market or push things harder than they need to be pushed.

Are skateboard wheels all made in the same place pretty much?
Nah, they’re not. A lot of people have their own manufacturers. We’re working really closely with a manufacturer that we worked with in the past, but a lot of wheel companies—like I know Spitfire—they make their own stuff. And I know Bones makes their own stuff. Nowadays a lot of people get wheels from Mexico or China, but we’re sticking with USA made stuff. The formulas that we’re working with now are insane. I think they’re some of the best urethane.

Have you ever tried to use Ghetto Child wheels to give your girlfriend a sexy back massage?
[laughs] No, but that’s a good idea. I usually just bust out the tennis ball if I need to stretch. 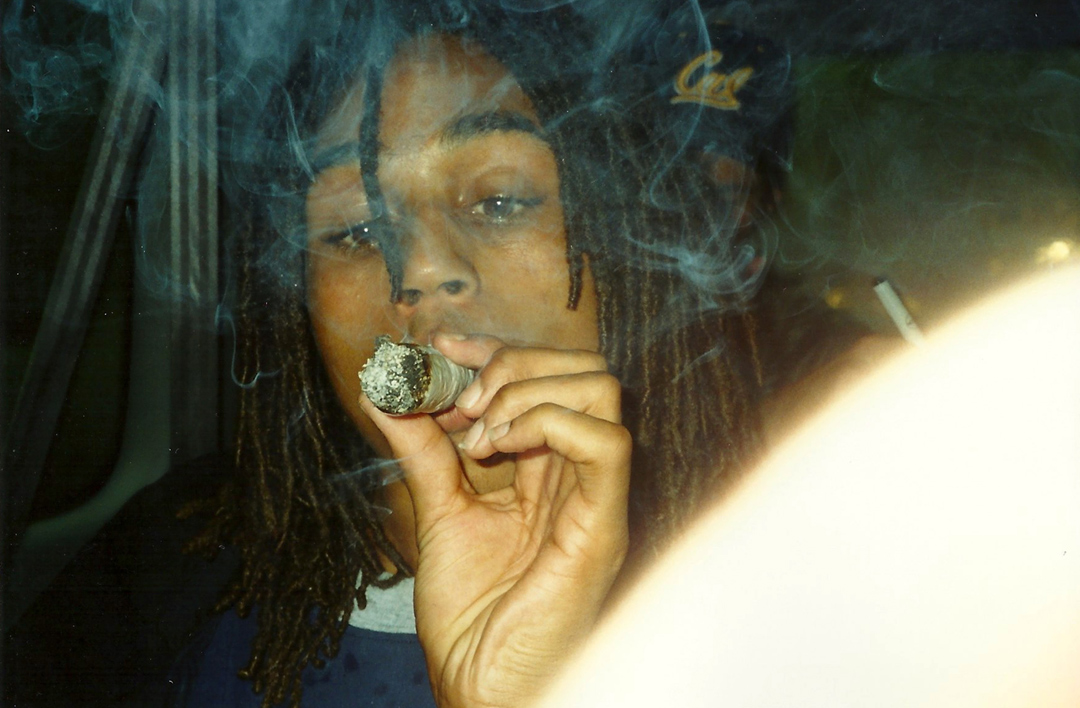 I always had a feeling that Torey and Bryan enjoy “going green”…
Yeah, I mean… [laughs]… yeah, I think everybody can do what they do. It might be legal here in California pretty soon, so… [laughs]

Do you have to be ghetto to wear Ghetto Child clothing?
[laughs] That’s always the question. I don’t think so. I think what we want this brand to identify with is like… not everybody necessarily has to grow up in the ghetto to have grown up in bad circumstances.

I think for us, it kinda represents a badge of honor, coming from a struggle in one way in your life and finding a path to positivity or success, and being able to be proud of it. Be proud to be a ghetto child. Especially for someone like Chad or Bryan Herman, who both came up in kind of rough upbringings, and then being able to turn around and have successful careers and be able to put in more positive years than negative. That’s what it really stands for. 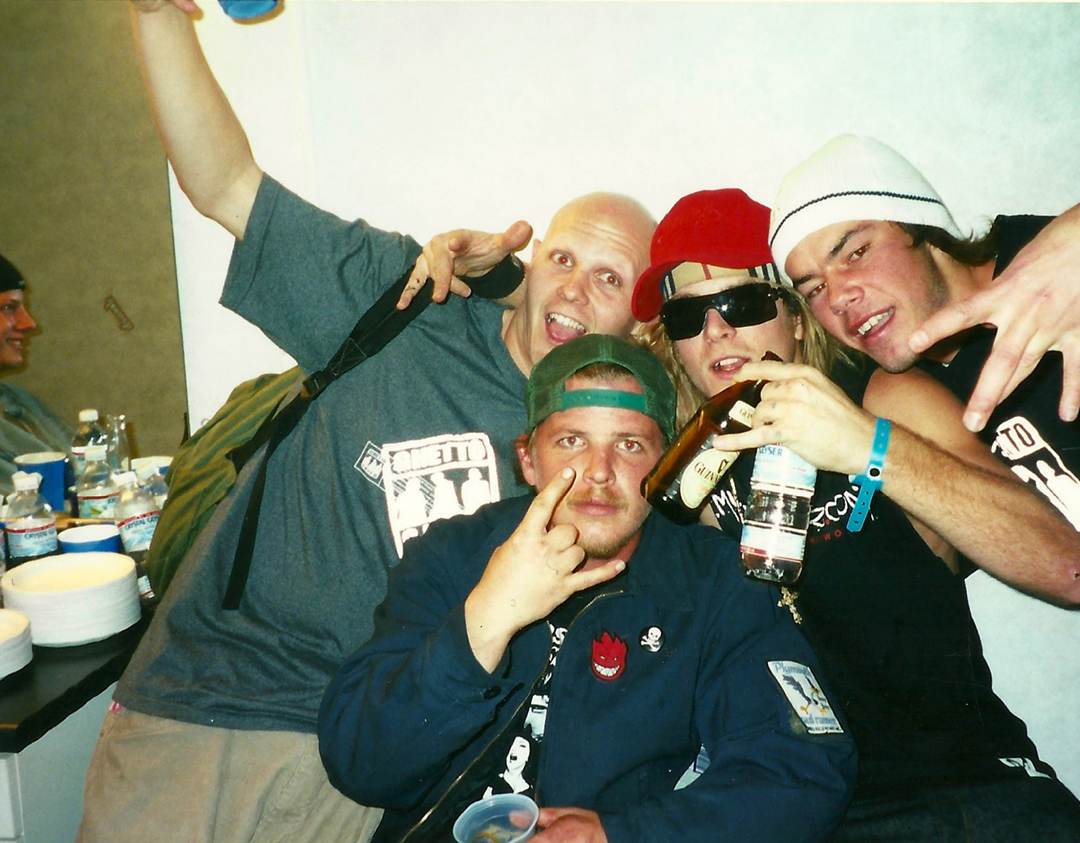 Back in the late 90s, how much money was Shorty’s making?
Shorty’s was insane. We were selling so much stuff. After Fulfill The Dream came out, we’d have pallets and pallets of Muska boards come in and then they would basically come in one door and go out right the other. Moving everything in and out, same day.

How many boards do you think Muska sold a month?
I don’t know… my memory might not serve me right. At least at a minimum, over like 10,000 boards a month. At least. At one point, in that original silhouette graphic, he had like five different colors. We sold a lot.

How much do you think Muska was making during his heyday? A million bucks a year?
Oh, I don’t even know… He was making a lot. Everyone was making a lot of money in those days. All those guys like Peter Smolik and Steve Olson and Chad, they all had pro shoes and great clothing sponsors. After Fulfill The Dream, I think everyone was making a lot of money. I kind of miss that time. I think once shoe companies started having teams it took away the importance from board companies having teams, because the board company team was the team back then. Then when shoe companies made videos, because there’s way more money in shoes than in hard goods, it just kind of changed the dynamic because that’s where everybody was putting their main focus.

In the era of skateboarding I grew up with, the board companies were the shit and that was it. Whether it was waiting for the new Plan B or Girl video, that’s what it was all about. I wish it was like that still but I don’t know. Things change, right? 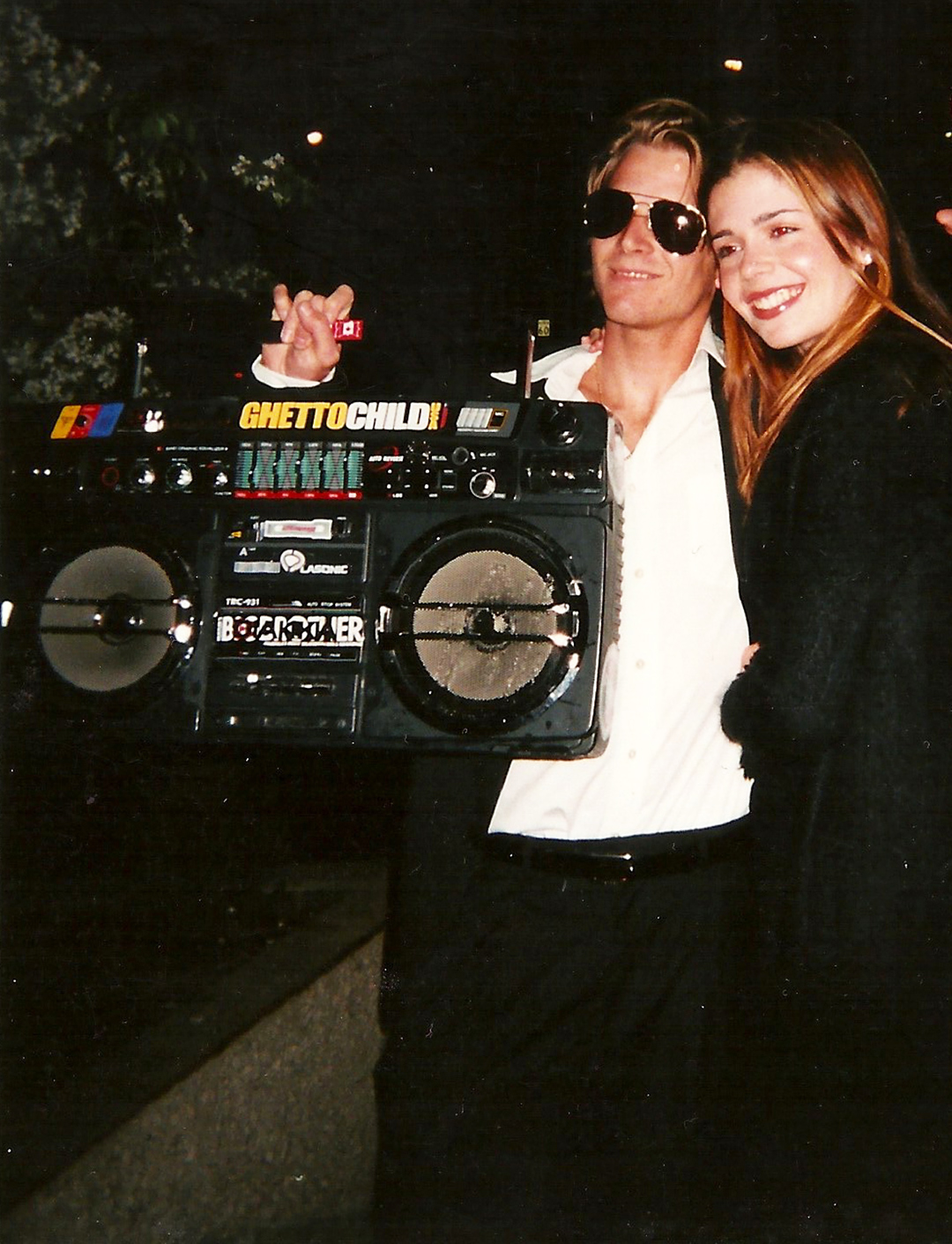 muska during the 1999 transworld awards

What else has changed in your mind?
Back then you had Andrew Reynolds and Jamie Thomas and Chad Muska, or Kareem, there just were so many rad individuals and I think skateboarding just matured a bit since then. With the stuff that World Industries or Shorty’s was doing back in the early and mid-90s, nobody really cared [laughs]. It was just do whatever you want. Skateboarding was more about the individuals at that point.

Did you ever party with Muska and Paris Hilton?
[laughs] No, but trust me, I tried. There was a time where we were at Chad’s and we were hanging out and then Nicole Richie came over, or at least she came to the door [laughs]. They all lived on the same street at that point. That’s about as much of that world as I saw. People were hanging out back in those times, especially after Chad did that album. We were cruising around LA once and we ran into Special Ed. He’s a rapper from the 80s and 90s and we bumped into him in the streets and Chad was like, “Ed, what’s up?! Come back to the house!” He came thru and freestyle’d at Chad’s house, it was rad. 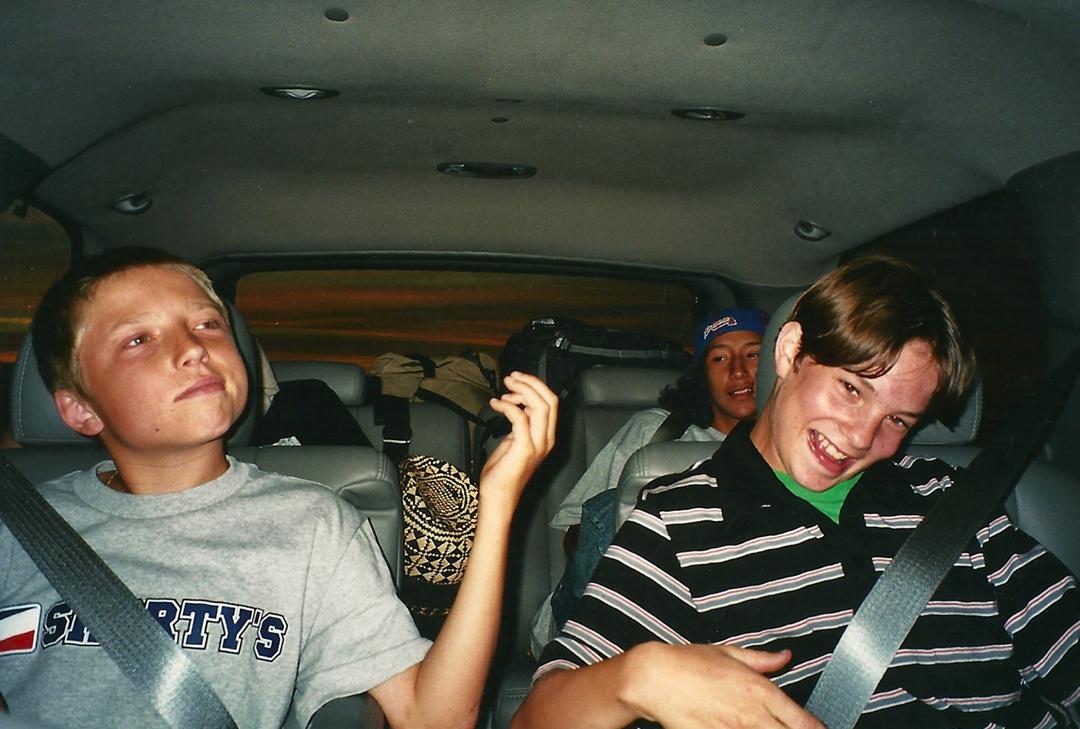 Shorty’s used to also own Black Magic, Black Panther, and the skateshop Church Of Skatan. Were you all lowkey Satanists back then?
You know, I think for Tony [Shorty’s owner], he always just enjoyed the humor of religion. When he opened up the Church of Skatan in Santa Barbara, he wanted to open a skate shop cause the one skate shop in Santa Barbara sold roller blades, so he wanted to open a skateboard only skate shop, then Church of Skatan was born. Tony’s a super creative guy and he’s pretty good at those witty type of things. The skate shop itself just closed 6 months ago, but it was a staple in Santa Barbara for a good 20 years.

Any crazy stories from back then off the top of your head?
I don’t know… all of it? [laughs] I think one of the coolest things I remember seeing was we went to Slam City Jam in Vancouver, and every year they would do this thing at White Rock where they’d have a barbecue and it’d be a big party and all the kids would come and get free food. This year it rained out at White Rock, so then we ended up going to another skate park and Chad went to the store and bought a barbecue and hot dogs and hamburgers and barbecued for all the kids at the skate park. It was pretty much one of the raddest things I have ever seen. Here’s the Muska, he’s super big at this point and here he is making hamburgers for like every kid there. 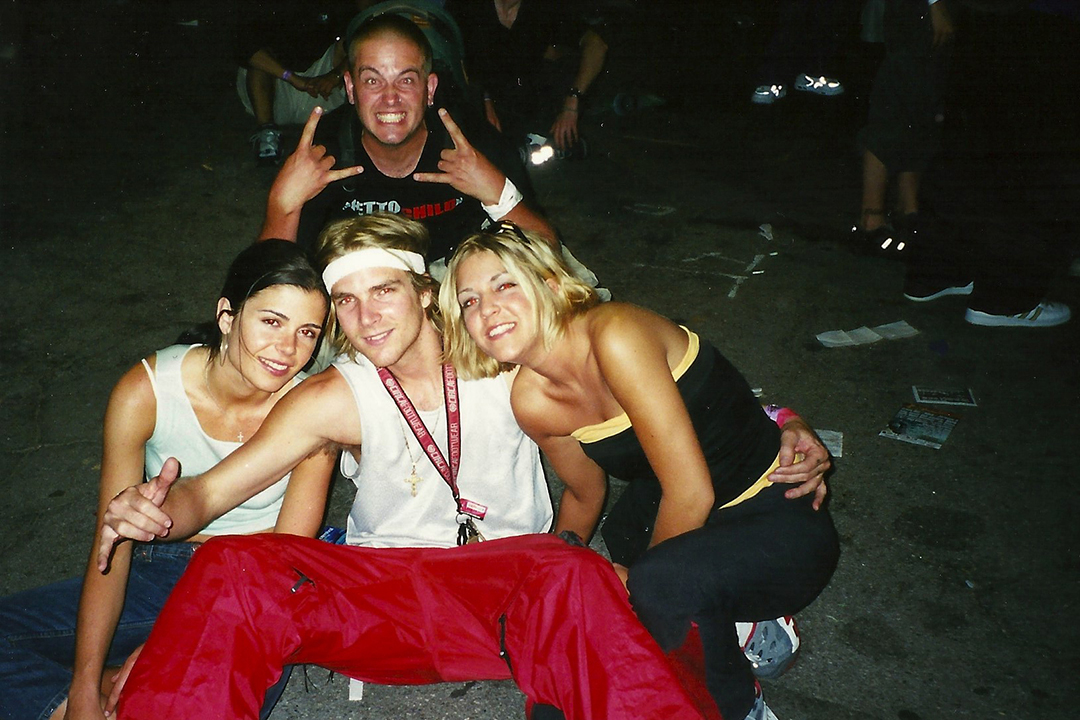 So what’s the plan moving forward? You releasing shirts, wheels and accessories?
Yeah, we’re just going to take it slow and just make sure we’re putting out quality stuff and make sure that everyone is happy. I think with the way that things work nowadays with being able to sell stuff online, I think we’re kind of in a solid position to be able to not be stuck into selling collections, but being able to put out stuff whenever we want and not live by any rules at this point. The number one goal is to really grow the wheel line and get a lot deeper into why our urethane is so good, but we’ll eventually get to that. Right now we’re just trying to get it out there and let people know we’re back.

I think the difference between Ghetto Child and a lot of brands is that the skateboarders that ride for Ghetto Child are more of a family and everyone is really involved. Everybody that’s on right now was on the brand before. It’s kind of like it was meant to be. We all stayed friends throughout all the years and even though I hadn’t seen Bryan Herman for like 10-15 years, it was rad to just reconnect with everybody.

Anything you are going to bring back from the good ol’ days?
Something that we were making a lot of back then was lanyards. That was a funny one. I have photos of myself where I was wearing one every day with my car keys and shit like that, just around my neck for some dumb reason. It was like the early 2000s chain wallet. That could be a thing again, maybe… [laughs]. 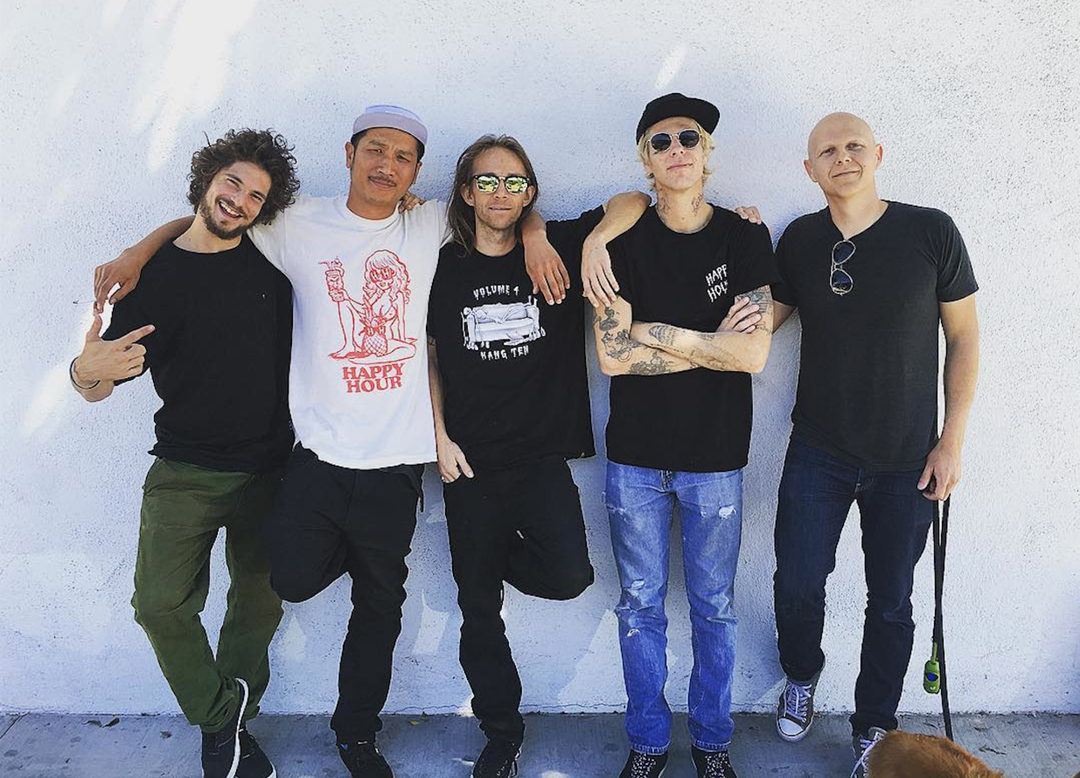