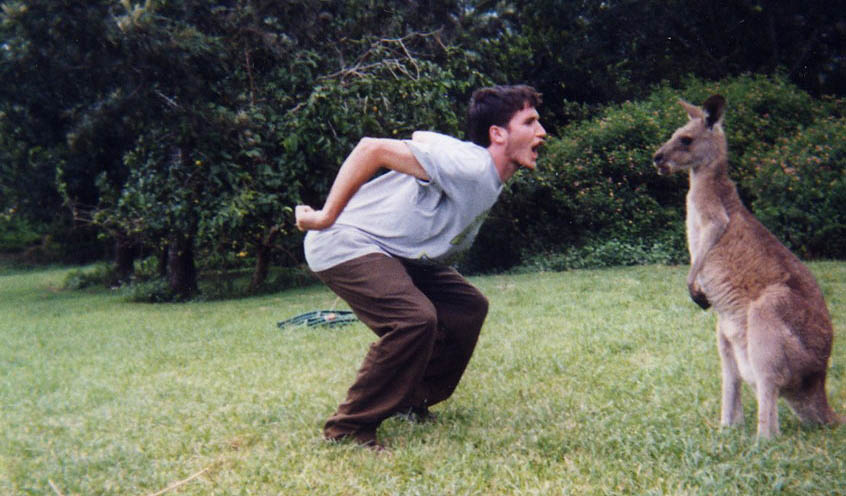 Why are you yelling at this Kangaroo?
I’m yelling and doing what I think was an attempt at a territorial dance so that it knew not to fuck with me. I may have possibly done the wrong dance and just as easily been doing a mating dance which could be the reason that the kangaroo tried to rape me moments after the photo was taken.

Do you jerk off before you skate, or keep it loaded?
Never. I’ve done it in the past and it made me feel weak and noodly but not noodly in a good way. I’ve turned down my lady from boinking sessions because I was going to go skate right after. Had to leave it until after the skating so that I wasn’t a pile on that particular day

What’s the trick to releasing so little coverage and still getting backed by good sponsors?
I’m not sure I know the real answer to that. My guess would be that a bit of quality control does actually go a long way. Just because you have a bunch of coverage doesn’t mean it’s memorable or you’re any more relevant. If you put out a part like Jake Johnson did everyone is going to want to see footage of him again and will happily wait for it. But then there’s other people that are on every skate website doing average stuff all the time and most people could give a shit about them in all reality. Often a lot of coverage can just be a lot of filler for some people which I don’t necessarily want to see from some of my favorite skaters. Although I always love watching footage of people that I like….I think a lot of that magic of seeing them too much can be diluted somewhat when there’s constant footy of them doing the same tricks at 900 different spots. No time for personal progression if you film absolutely everything you do. Maybe it’s just that I’m older and I grew up with the gaps in time between good videos so I’ve been conditioned to think that way to some degree. So when you do get to see coverage of someone that you like it will usually be much more memorable and special. 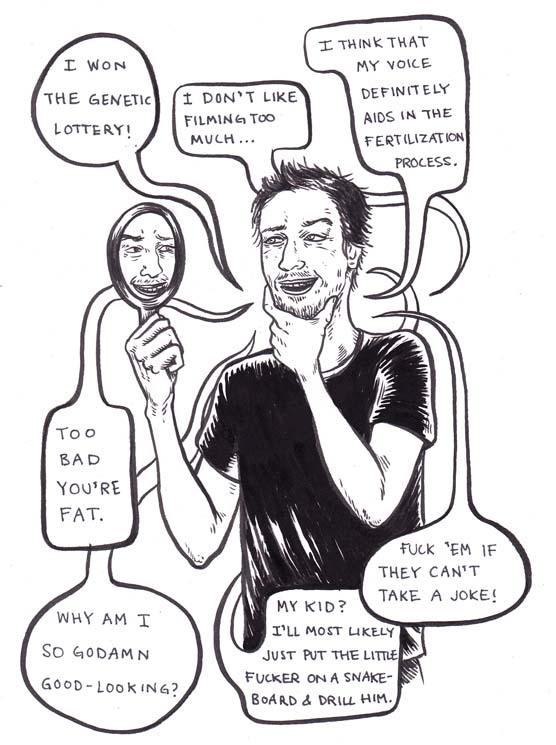 I feel the same way
Also part of the answer was in your question…”good sponsors”. Sponsors that have my back because of what I’ve done in the past for them or when it comes to demos and stuff I really try to skate my ass off for the most part and that probably goes a long way. I’ll always remember being little and going to a demo where the pros just chilled and didn’t even skate. It stuck out in my mind at a young age and I remember being truly disappointed. So as far as demos go that is something that always sticks out in my mind if I’m not hurt and can actually skate on that given day I will skate like a mo fo. Even if a setup is shitty I’ll always try to skate because most kids are hype just to see you at all. Even times when I’ve skated like shit at a demo there’s always been kids that were psyched that I was there which, when they tell me so it has resonated with me.

I don’t know…I’m sure I contradict myself constantly on this topic and I’m really just babbling because my ass needs to film a legit ass part. I swear that after this upcoming ankle surgery I will heal my ass up quickly and then go for broke soon after. I have to do it now or it’ll never happen. I like that Jason Dill has been going for it lately and that’s gets me psyched to see. Shows it can be done when you get focused.

What would you say to people that still believe Tupac is still alive and hiding on an island in Cuba?
I’d say “ya’ mudda fuggin’ retarded” if that is sincerely what anybody believes. I don’t think it takes any real hard hittin’ authority on the subject to know that he’s dead as shit.

What happened to part 2 Epicly Laterd? Why’d it get taken down?
I’m not entirely sure why that second part was taken down. There may have been a complaint by one of the random people that I was making fun of? I’m really not sure and I never bothered to ask Pat O’Dell about that. There was a good amount of stuff that was edited out of the first part as well. I guess they had to cover themselves so there weren’t any legal issues that sprung up due to that episode. The whole episode was fairly rushed and filmed in about a hour but maybe somewhere down the line we’ll do another one that’s a lot more thorough. Epicly Laterd has definitely evolved a lot more since those early ones that they did. I loved the last one that they did with Ricky Oyola. I think I’ve seen pretty much all of the Epicly Laterd’s. They’re usually pretty interesting.

Biggest misconception about you..
Some people out there that don’t know me personally may think I’m truly a dickhead. Anybody that knows me knows that I’m quite the opposite of that and really do go out of my way for people in general and even more so for my friends. I don’t care to really convince anyone otherwise but if we’re answering the “biggest misconception” question than that’s my answer. I definitely grew up with a crew of wiseass mother fuckers that like to joke around and that has surely aided in my wiseass simply for the sake of fun personality.

What’s going to happen December 21st 2012? Where will you be the night before?
Obviously nothing will happen. I don’t know where I’ll be the night before. Maybe there will be a bunch of idiots that take part in a mass suicide but at least that will help clean up the gene pool to some minuscule extent. 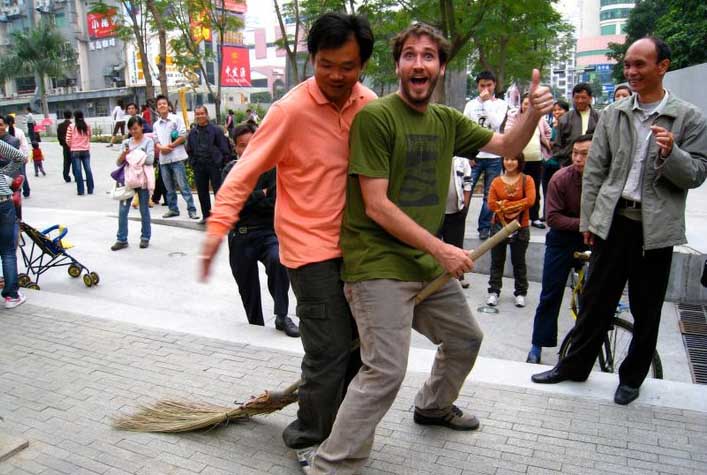 Skateboard “Tricktips”: Apparently Rob Dyrdek honestly learned how to do bigspins from watching me do a bigspin disaster in an old Transworld Trick Tip video. He told me one day that he figured it out from watching me do it a bunch of times and me explaining how to do them. I really thought he was kidding at first but he was being dead honest. So I guess Trick Tip videos can actually work…

Antwuan Dixon: Amazing and hopefully he’s learned some important life lessons from making mistakes that a lot of young kids might make. He’s someone that I’d love to see a full video part from. I think every now and then everybody that is sponsored needs to try and get themselves back into the little kid mentality free from unnecessary distractions where skating is all you think about and you just skate constantly like a lunatic. It’s what got you to where you made it to and skating is definitely extra fun as well when you’ve been skating a lot and you feel super on point.

Hippie Jumps: They’re fun as shit! The one Gonz did into South Bank in London back in 1990? was incredible. I actually did that one too on an Alien/Habitat trip back in the day just for the love of the game and it was fucking hard as shit. I refused to document myself doing it because it seemed like that would be sacrilege.