BRAD STABA OPENED HIS OWN PIZZERIA IN CALIFORNIA 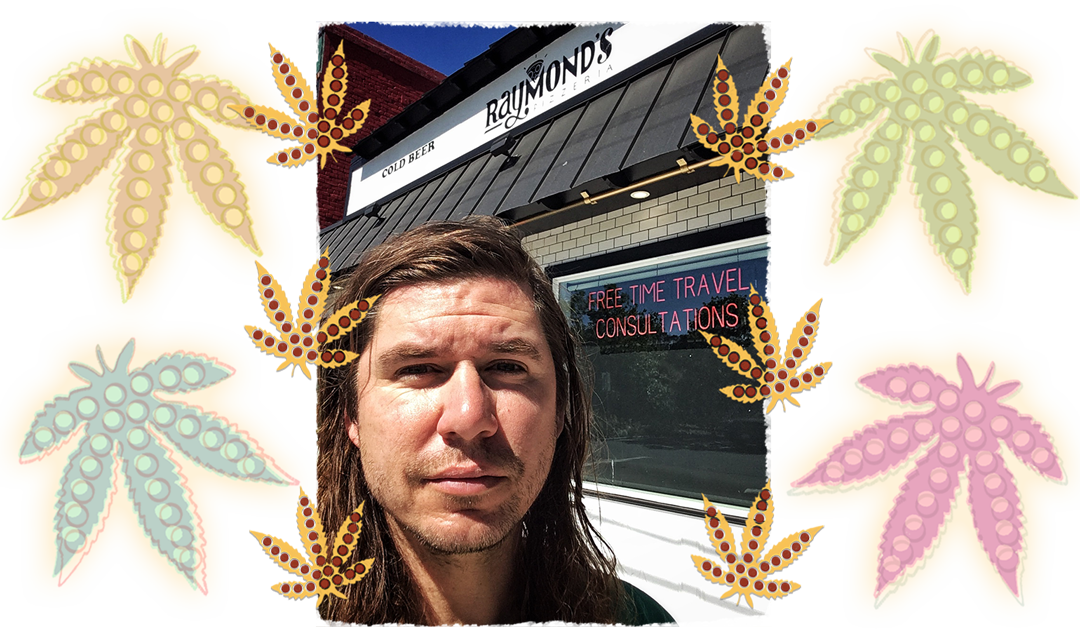 After printing pizza on damn-near every product Skate Mental ever (we counted at least a dozen, from deck graphics and griptape to air fresheners and watches), Brad Staba is finally ready to start making some real dough.

Setting up shop in the city of Richmond, CA (which you non-Californians may remember from the Samuel L. Jackson high school basketball movie, Coach Carter), Raymond’s Pizzeria will serve New York style thin-crust from Brad’s hands to your stomach.

To find out more about Brad’s love for all things pizza, including why he decided to get into the food service industry and how much clout he amassed during the pizza meme golden era, we interrupted one of his Tuesday morning wake and bakes to talk shop.

If you live in the Bay Area and like what you see, put together a resume and DM it Brad’s way – extra consideration given to pizza dabbers.

Q & A WITH BRAD STABA

Growing up, were you one of those kids who only ate pizza?
Yeah…I mean but not just pizza. I also ate microwaved food and fast food, Arby’s and chicken nuggets, but pizza has always been heavy in the rotation.

How did the pizza obsession make its way into Skate Mental
I started Skate Mental over 10 years ago, so I was already a pizza eating veteran, but it was around the time we were living in San Francisco. It was me, Brian Anderson, and I think Marc Johnson was living there at the time. I would order pizza pretty much every day and at one point I started keeping the boxes. We had two piles of pizza boxes from the floor to the ceiling and a mouse problem. Then with Skate Mental, the brand is everything I do and pizza just ended up in it.

Most of those products came out a few years ago, before or during a time when the internet was really into pizza…what was that era like for you?
I guess I’m ahead of the curve usually. It’s a blessing. There’s so much pizza shit out there now, but I just keep making what I like and I like pizza. Pizza’s rad.

Did Pizza Skateboards bite your shit?
Oh yeah, for days. 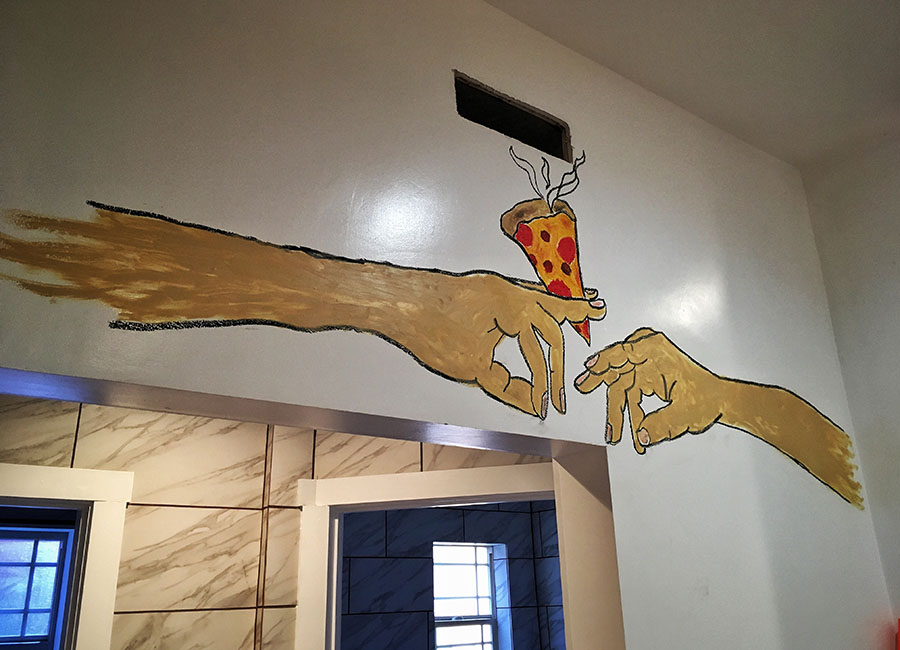 Were pizza-themed products paying the bills and funding team rider checks during that era?
No, not really. If we’re making a board with pizza on it, we’re not making a lot of boards, maybe a couple hundred. It’s not like we’re blowing shit out. Do people make money off skateboarding? What other questions you got?

Alright, when did your pizza fandom get to the point where skate product wasn’t enough and you had to start cooking the real thing?
So we’ve got a 4,000 sq/ft warehouse that we ship all of the Skate Mental shit out of, and then I bought an electric pizza oven off of eBay for $1,000. Which is rad because it was a $3,000 oven but I scammed the auction house to believe it was worth much less. Then I installed it in the warehouse and started learning how to make pizza.

But that wasn’t like I was opening up a pizza place, it was just an oven in a skateboard warehouse. I started going on forums to ask questions and talking to friends who make pizza for a living – I just wanted to figure it out. That was about three years ago. After having a couple years to fuck around and the opportunity to cook at friends’ restaurants, it got to a point where I felt like I made really good pizza and I actively started looking for a space to open my own spot. 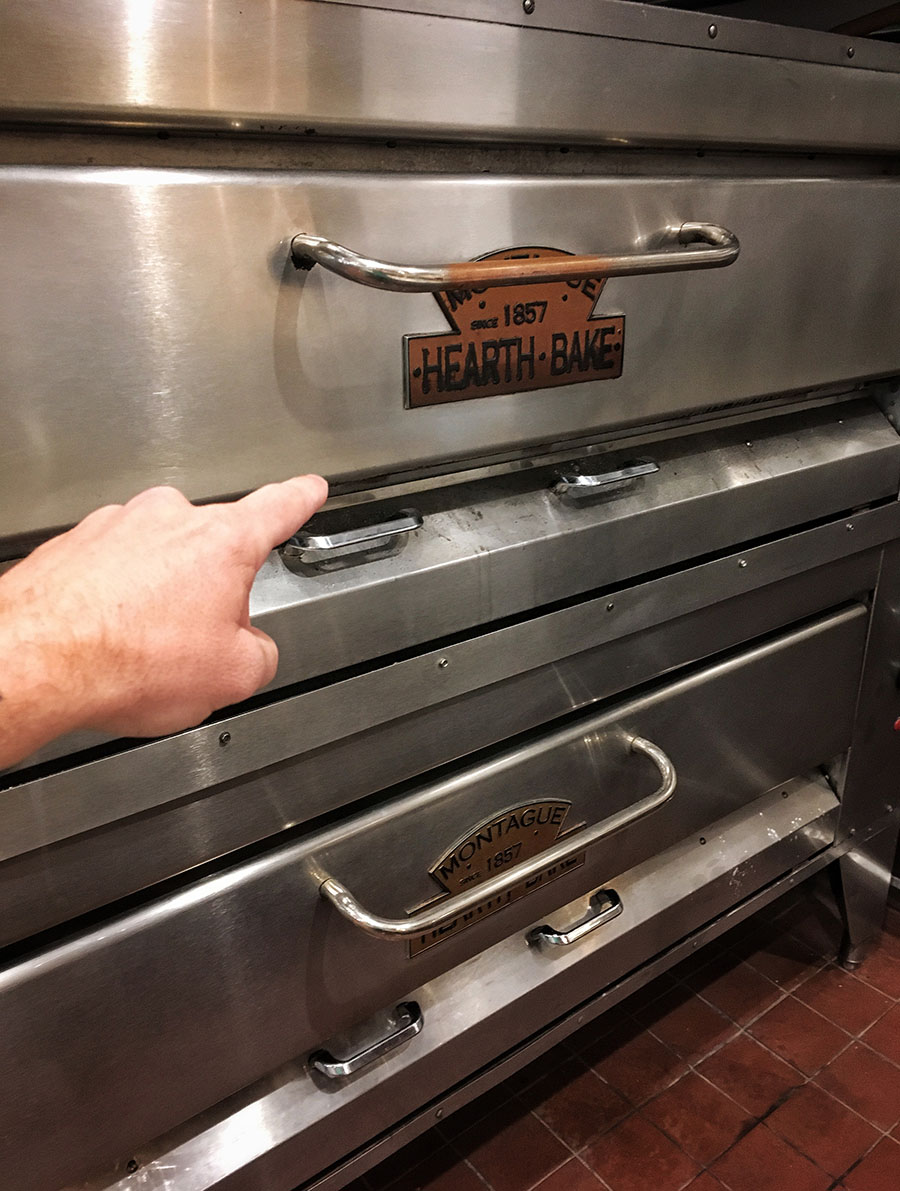 Did you ever stop by Pizzanista and talk to Salman Agah about his experience in the skate-to-pizzeria owner transition?
No, I never went down there. I remember when Pizzanista started he actually shipped me up a pie from LA because he knew I liked pizza so much. Salman’s the best. I remember texting him once, “Did you ever want to punch your own face off?” Because throughout the building and permitting process shit gets wild, but I think that was the only time I reached out. He said something like, “Many times.”

But my friend from New York, Lee, he’s been kind of a mentor to me. He’s out in Texas now, so I’ve been out there to learn from him and pick up tips. If you’re ever in Dallas go get pizza at Zoli’s. 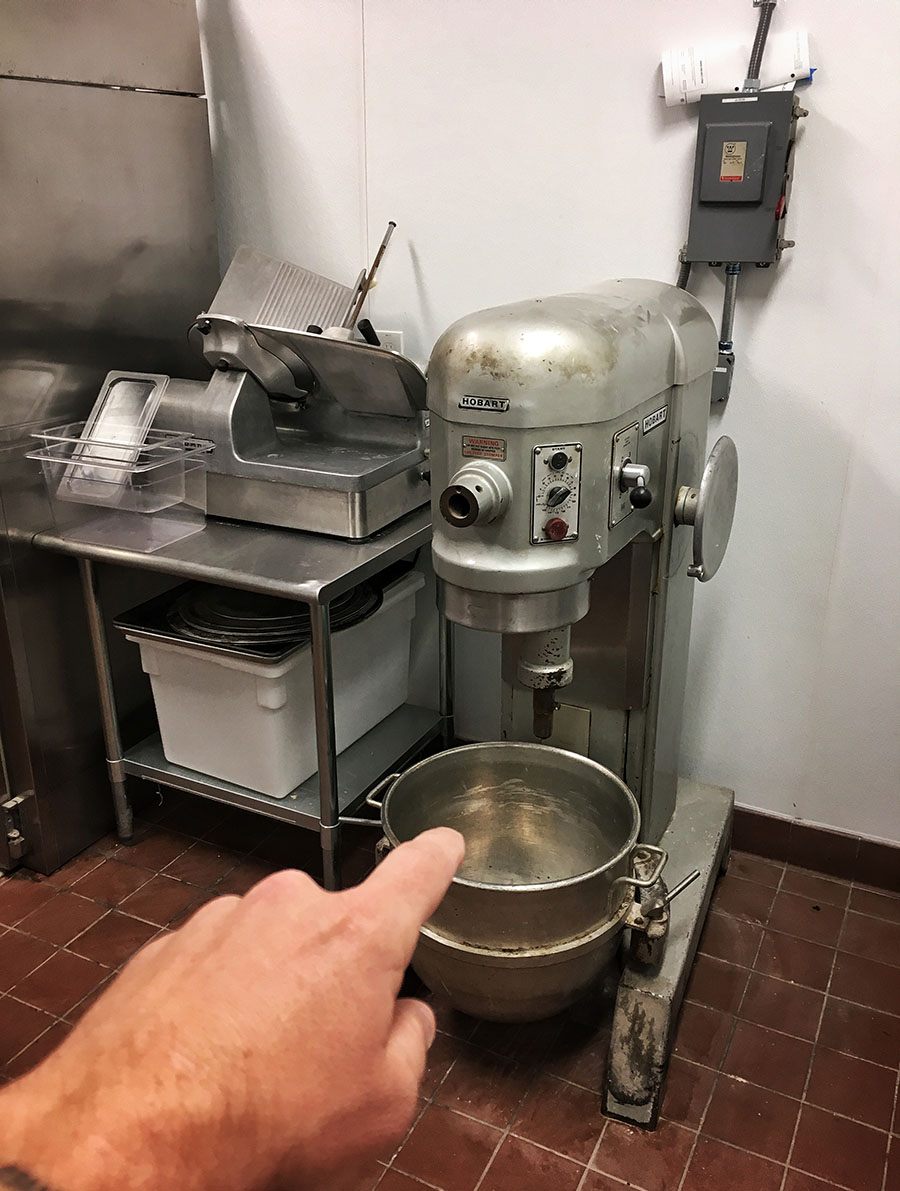 Are there any similarities between starting a skate brand and opening a pizzeria?
Yeah, but it’s been different. For one thing I have a partner that has a restaurant, so that’s taken a good amount of guesswork out of some of the more intricate process stuff. But for me, I like to design things and bring stuff to life, so to take a space that was an old Chinese restaurant and do a lot of the build-out myself, that was all something new to wrap my head around.

You guys built the Single Rock park at the Skate Mental warehouse by yourselves, too, right?
Yeah, my stepdad used to build houses and I work on my own house. It’s nice to feel connected to stuff more than just telling someone what to do. I like getting my hands dirty cleaning toilets, sweeping, and doing tile. I love doing plumbing. 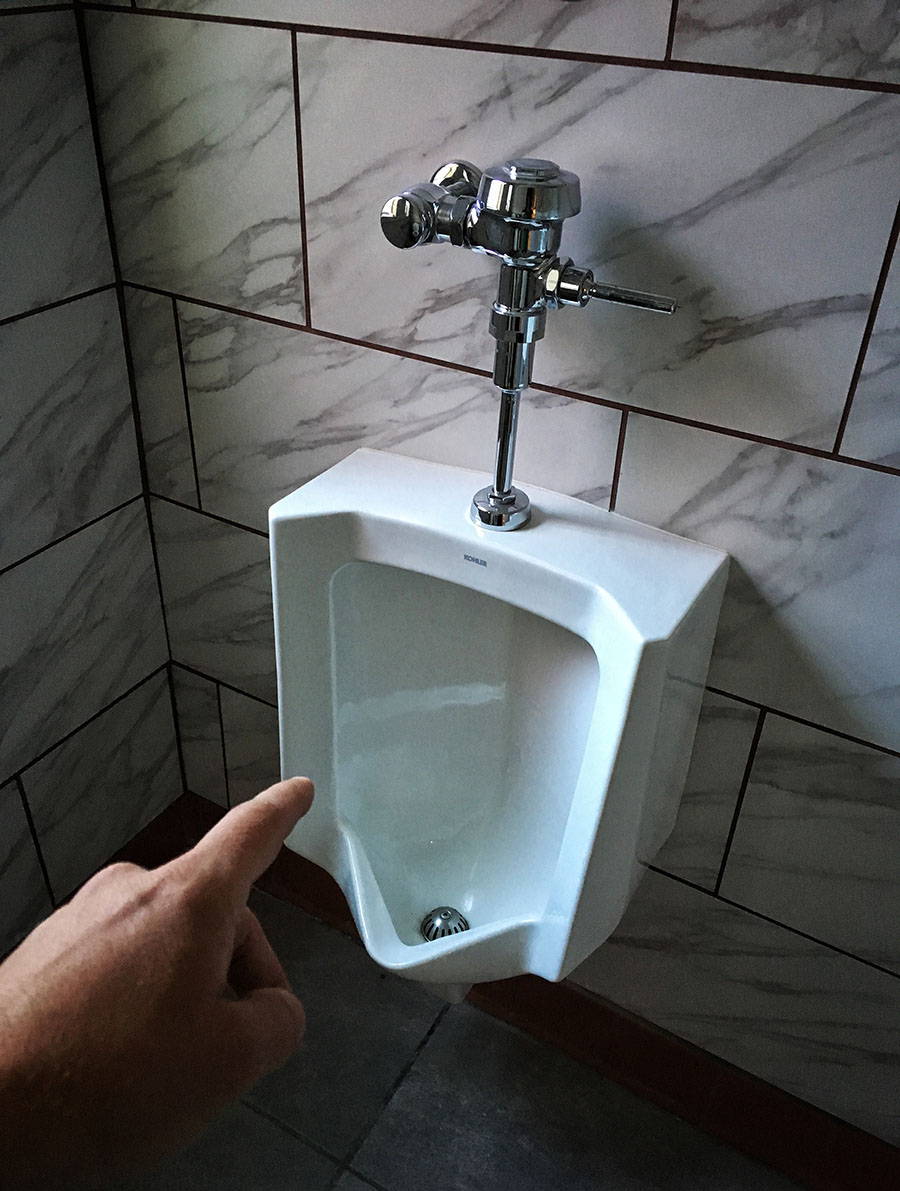 In recent years pro skater diets have evolved from the three food groups of Doritos, Fritos, and Cheetos, to veggies, green juice, and nutritional supplements. But you’re sticking with pizza. Are you ever gonna go vegan?
No, I’m never going vegan. Isn’t that the new thing, though, plant-based? That’s an awesome trend. I think it’s great that people are getting healthier. I think it’s awesome that Villager debuted bottled water recently. [Bong noises] Sorry, I’m doing drugs. It’s just crazy that there hasn’t been a water company yet. Skaters buy water. Do you drink a lot of water?

I drink a lot of seltzer water, none of the flavored ones, though. Just water and bubbles.
Dude, same here. I’m a gigantic carbonated water fan. Did you know that Belgium has the most carbonated water, globally? It’s the brand Spa, and it’s the red one. It’s extra intense, it hurts, but you can’t get it here. Google “flights to Belgium.” 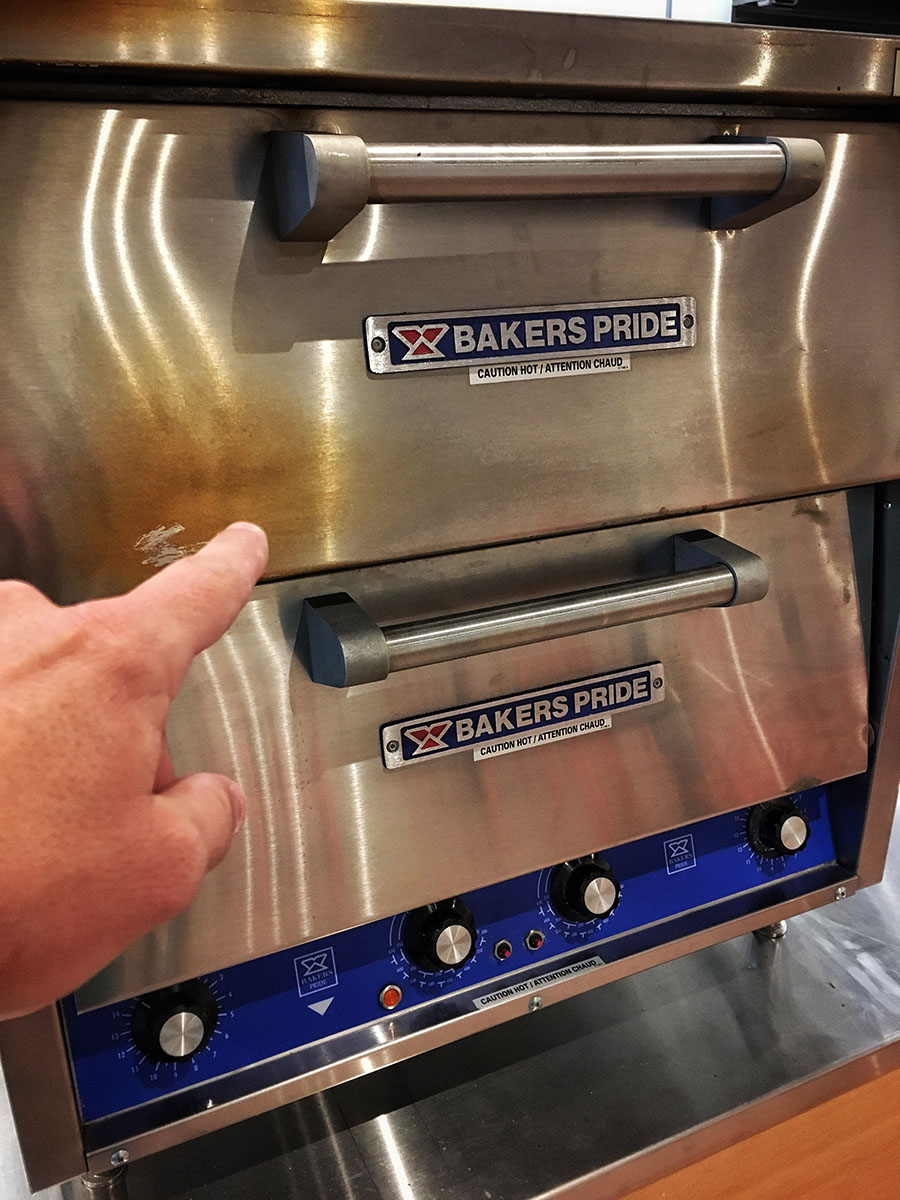 I love the painful bubbles, I’m on it. Where did the name Raymond’s come from?
When I was younger I used to shoot skate photos every once and awhile, and if I gave a photo to a magazine or someone wanted to use one for an ad, I always used the name Rick Raymond as an alias because I didn’t care to have my name on it. Since then, everyone at Crailtap and a bunch of other friends still call me Raymond, and anytime we did pizza shop graphics or shirts for Skate Mental, they would all be for Raymond’s Pizzeria as a joke.

When I was thinking of names for the real pizzeria, I came up with a bunch of really good super hipster trendy restaurant names that I’m not going to tell you because I still might sell them, but whenever people heard I was opening a pizza shop they kept saying, “You’re gonna call it Raymond’s, right?” It was like, fuck, I didn’t even think about that.

Will Raymond’s have a skate team?
Yeah, for sure. It’s gonna be fun, I can’t announce it yet, but we’ll make shirts and other stupid shit, and when the guys are in town they can eat for free and time travel and stuff. Yup, Raymond’s skate team coming soon. Heavy hitters, fucking dream team dude. 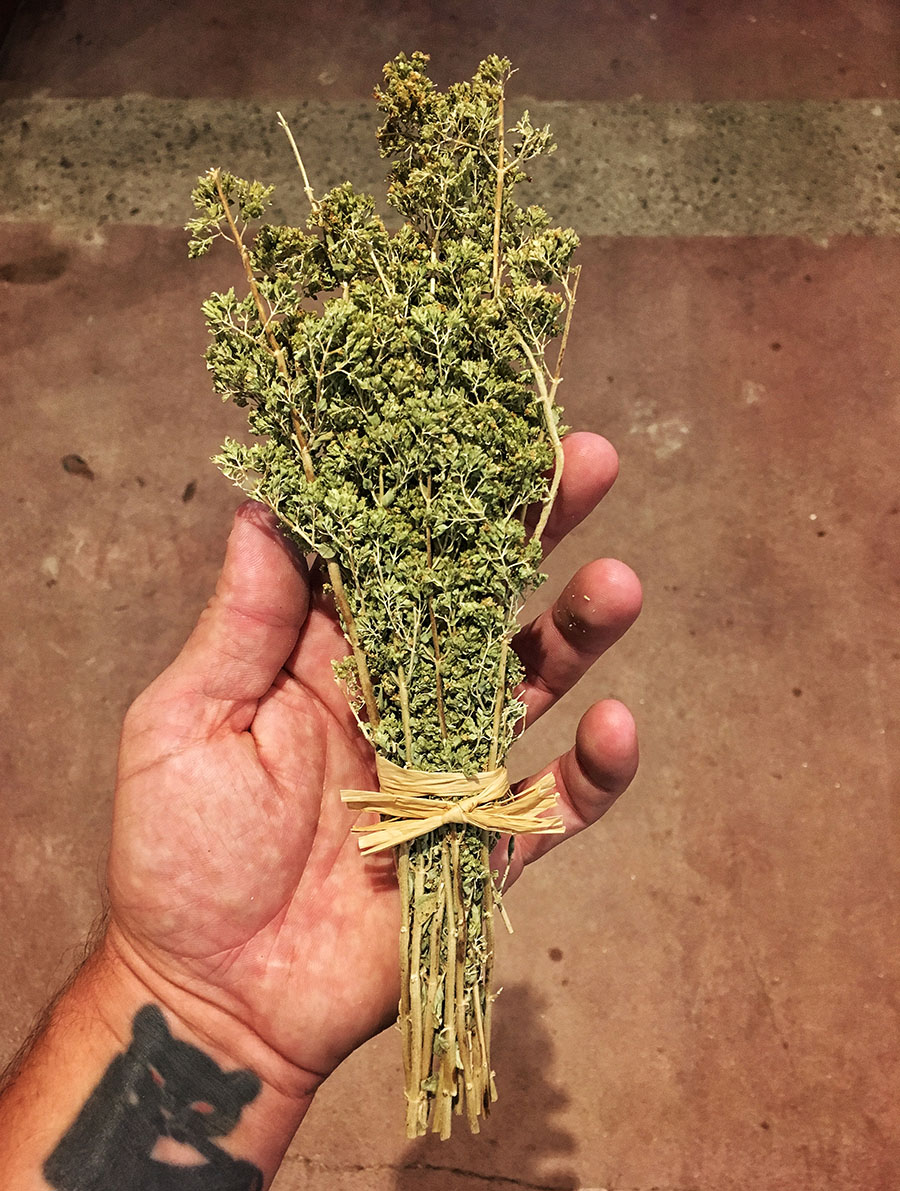 Alright, let’s finish this up with some rapid fire pizza opinions.
What does that mean?

Ham and pineapple?
No. 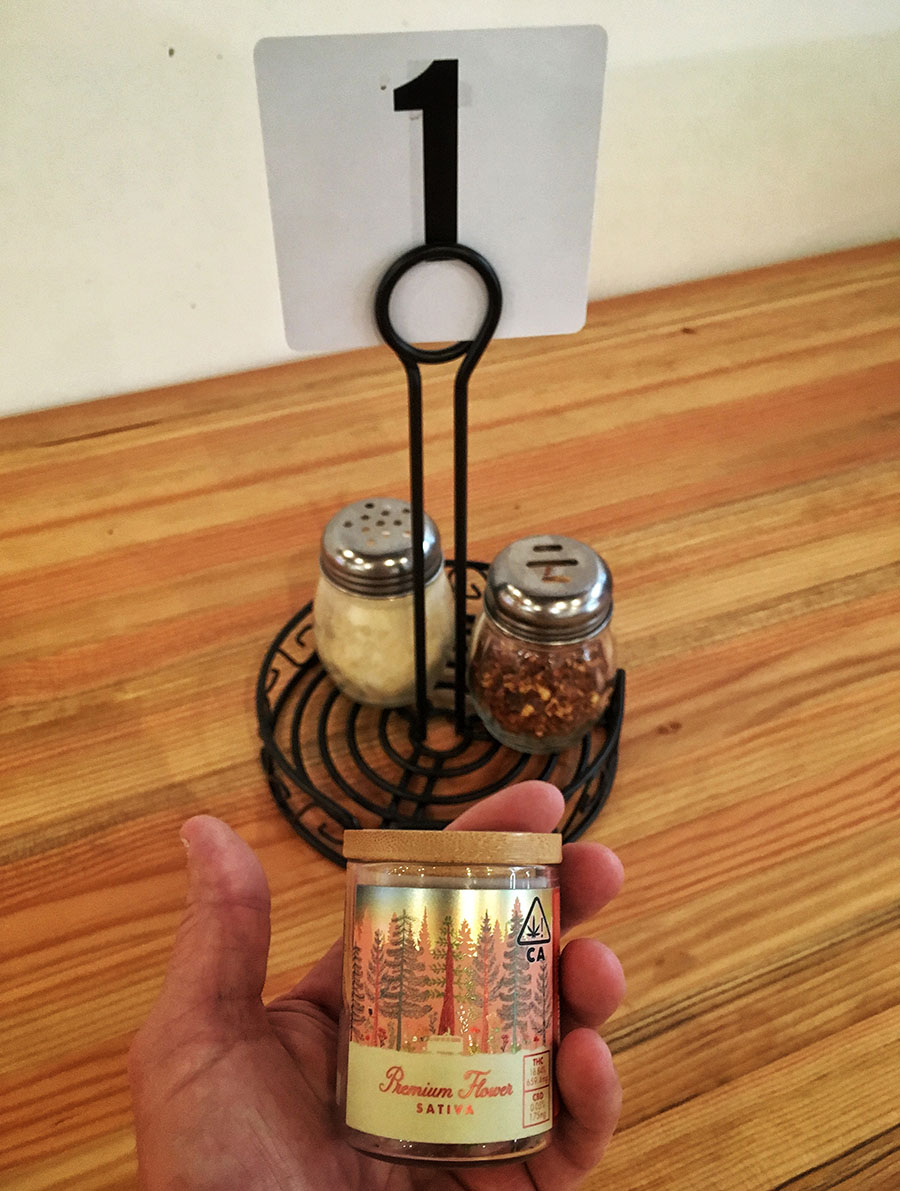 Big pile of greens on top of pizza?
Just arugula. Other than that salad pizza is stupid. For the one word, just make it “arugula.”

Is deep dish real pizza or fake lasagna?
Not my favorite, but yeah, it’s pizza.