For those not in the know, Copenhagen Open is a series of skateboarding competitions held every summer in Copenhagen, although it’s really more of a giant moving skateboard block party. This year was no different: People drunkenly filled the streets and traveled from street spot to spot to watch skateboarders from all over the world skate, smoke weed and wreck themselves silly.

We sent our friend Max down there to get as much footage as he could while still enjoying the weekend long party, and it seems like he fit right in. It’s unknown how many beers Max drank throughout the weekend but the raw filming speaks for itself.

So while this footage is pretty janky, keep in mind this is the most accurate depiction of what CPH Open is like: No perfect angles, no battery packs, no filming stations. These are the weird drunken moments and bootleg angles you aren’t going to see on ETN! 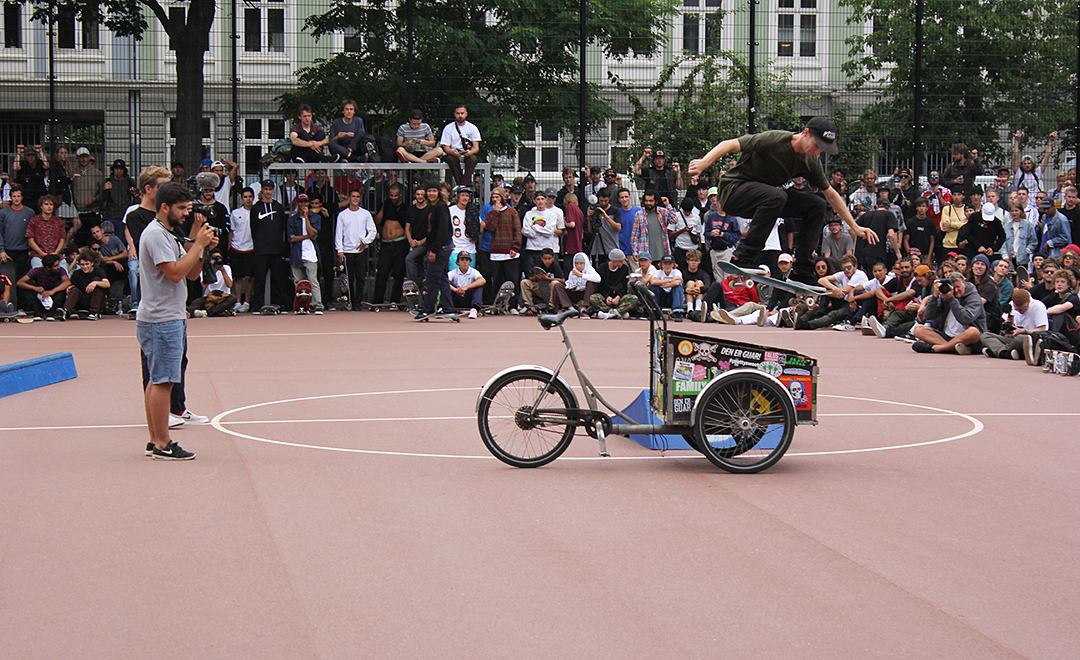 Because Copenhagen Open was was live streamed this year via the ETN mobile app, there were hordes of robotic camera men around each event. They filmed everything on bikes and would be everywhere by the dozens, methodically filming every trick not to miss any action. Every now and then you would see videographer Lee Dupont come in with a new battery for the dying robot cameraman, and after he switched the battery he’d start yelling shit like “Yes sweet robot, film the skateboarding! Film the gnar, sweet robot!” as a joke. 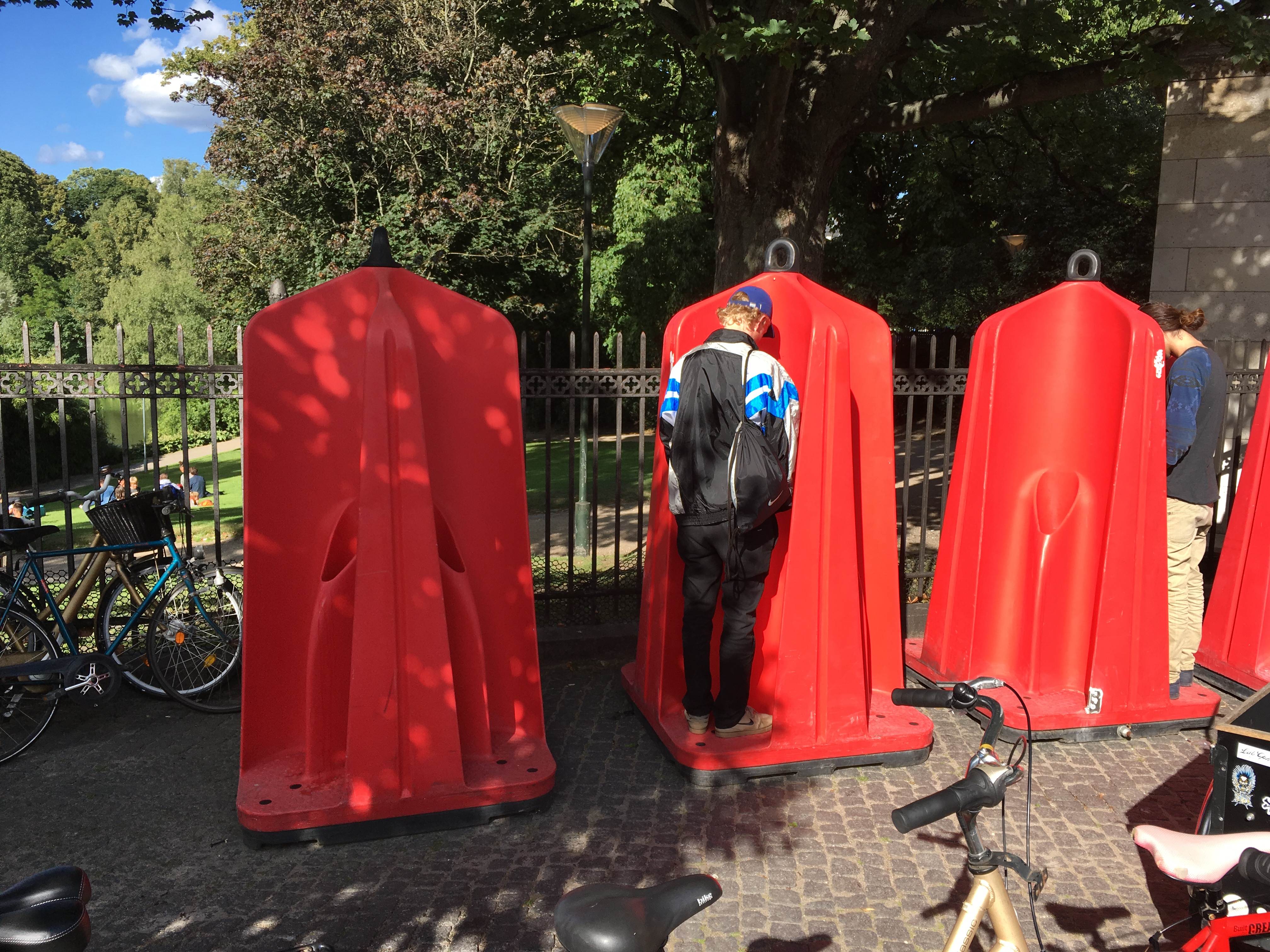 These strange toilets were everywhere throughout the city, brought in just for the events. I had no idea where all that pee really went and wondered if it just evaporated eventually. Well, on the last day I found out when they all began to over flow and pee just overflowed with more pee. 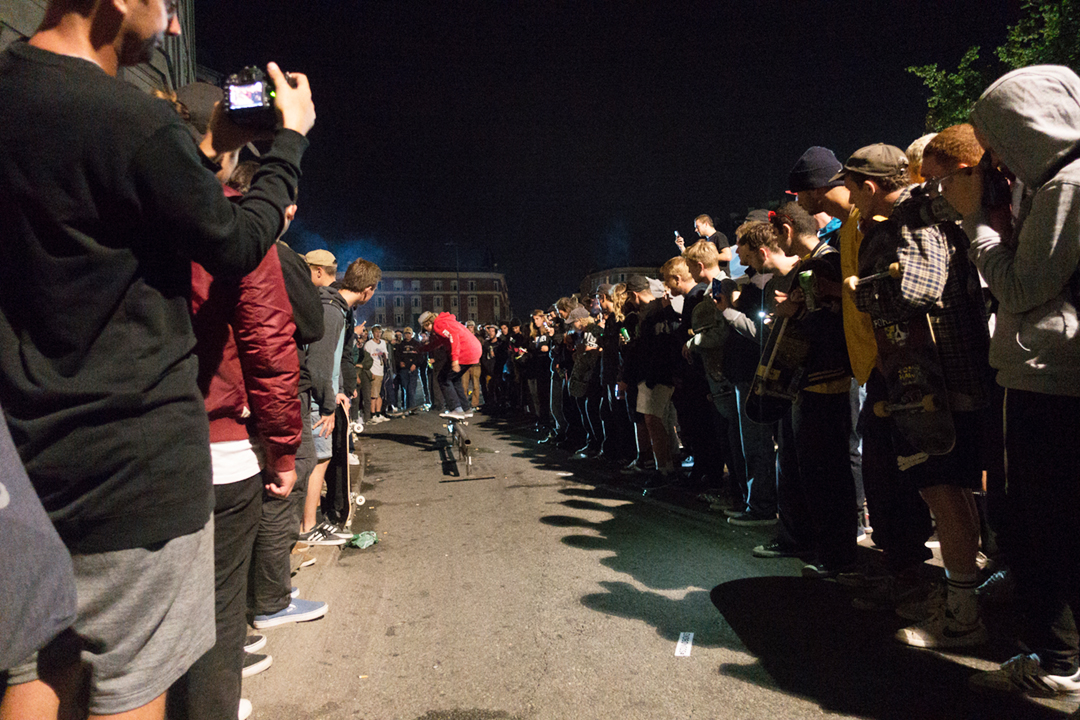 One night the nobodies of skateboarding took to the streets. No pros, just 200 normal skaters blocked a major street where buses go down to have an impromptu slappy sesh, which then turned into a random flat bar sesh. Cones were put down to tell the buses to scram and the police showed up. It was like nothing you would see back in America, where cops were pushing skaters into cars to purposely hurt them. The sesh went on for two hours, and there was no winner or loser. Everyone who landed a trick got love, everyone who fell got love. None of it was for the big cameras, but for the little guys instead. 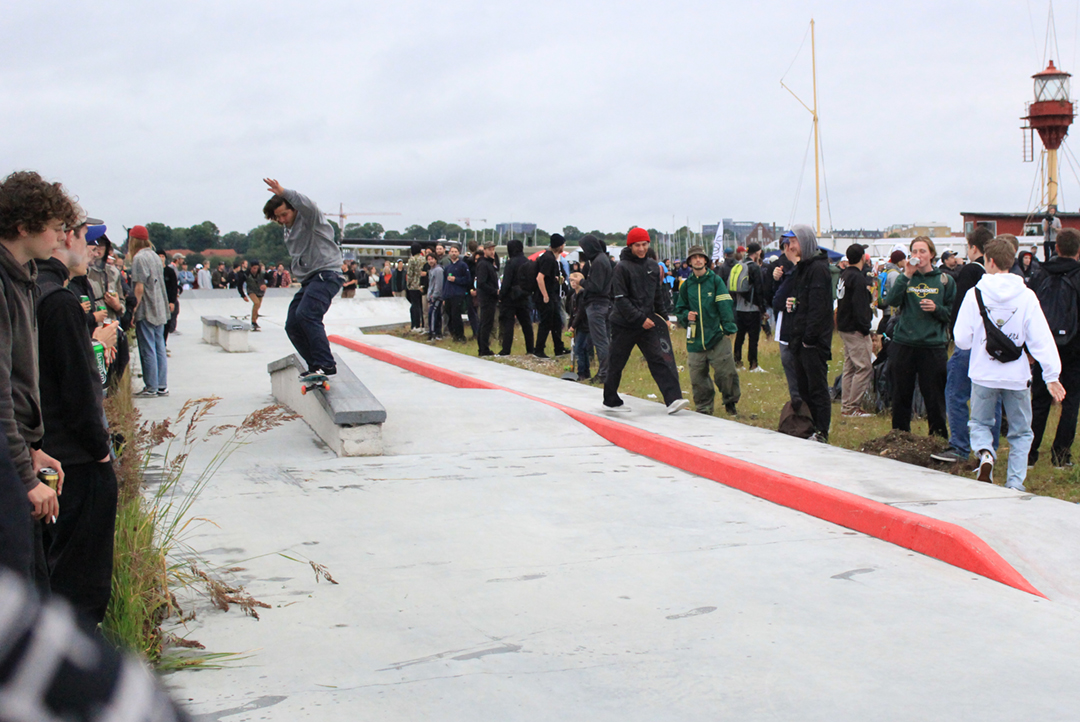 During the weekend there’s a bunch of major scheduled events but there’s also pop up traveling side missions at street spots where you can catch some action. It may be a scary rail or a sketchy ten set, but these random quests put some skaters in some serious danger. Huge sketchy crowds, narrow shitty runways, but if they landed something they’d get 100 cold hard American dollars. It was hard to get a good view, so many times the best place to stand was literally alongside the skaters, where you could watch from the shitty runway. 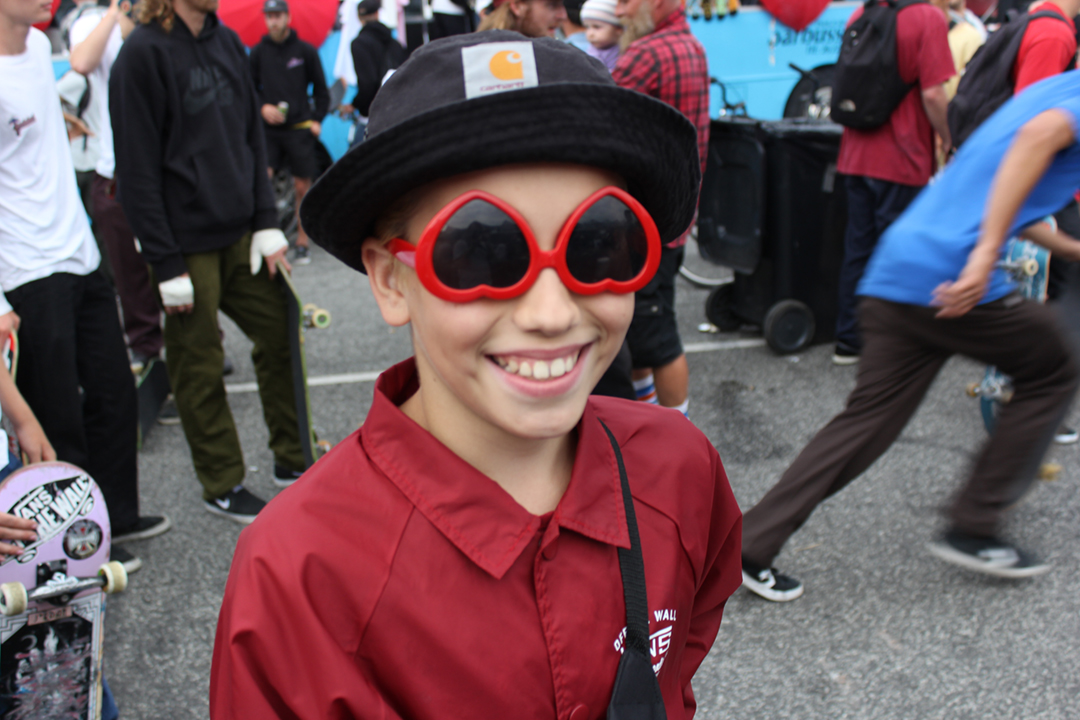 Everyone at CPH either had these plastic heart shaped glasses, or they were looking for them. I wondered if anyone started selling them as the popularity grew. On a side note, if you want to make a couple of bucks next year, go a couple of days early before the competition, and stock up on the weed and hash from Christiana (Copenhagen’s infamous black market area) and sell that shit to random tourists who pop outta nowhere once the competition starts. The first two days, so many British kids would be bugging me about where the goods were and willing to pay top dollar for it. 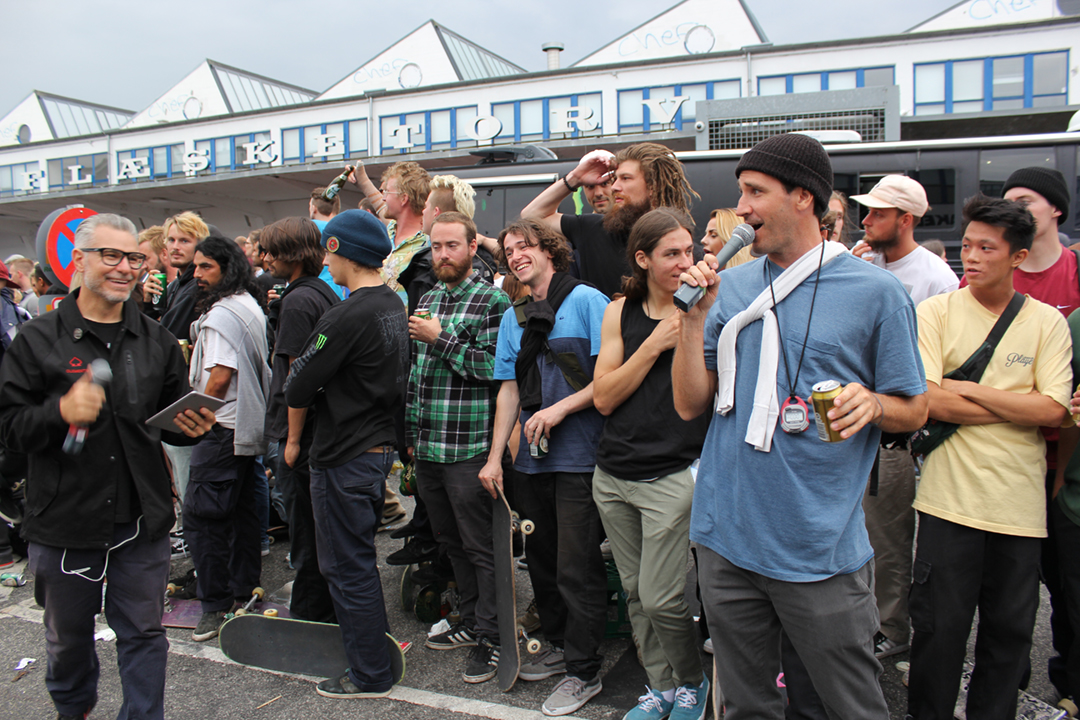 At one part of the contest, former-pro Tim O’Connor and never-pro Ryan Clements were handing out weed and pre-rolled joints to some skaters who were competing and whenever someone landed a trick. I saw them as passing on the wisdom to these young greats who are the future of skateboarding. 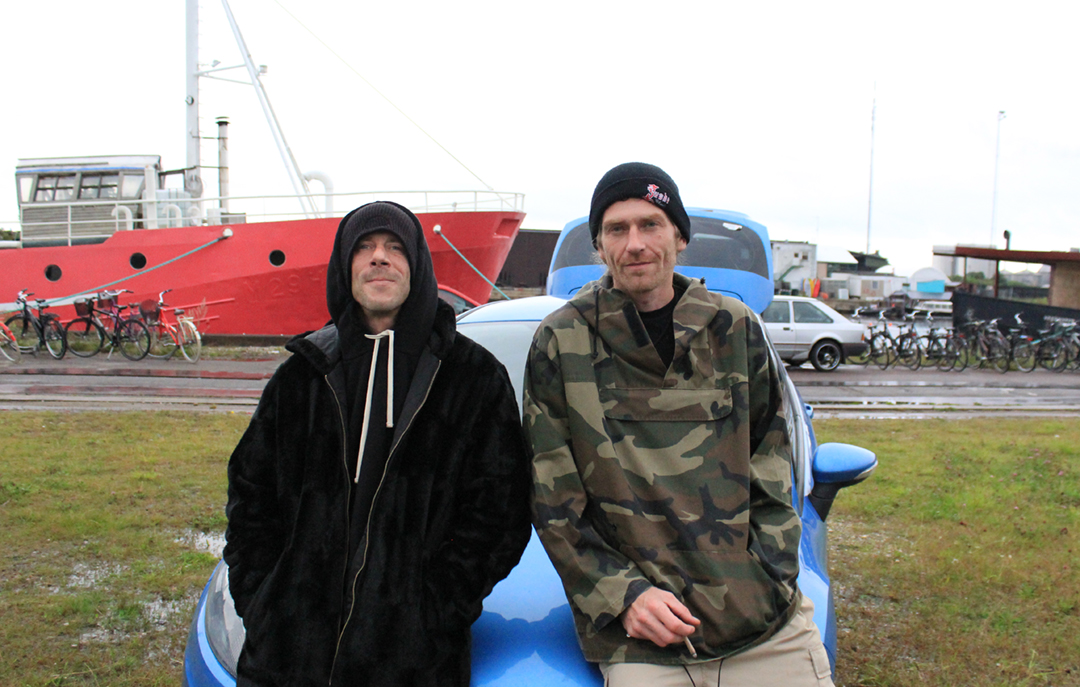 In my mood of embracing change in Copenhagen, I took a real liking to saunas, a common hang out spot in the city. I found that saunas ended up being the hot spot where I met most of the most skaters on my trip, as funny as that may sound. I even had the pleasure of running into Tom Penny in there while I was in my underwear and he was fully clothed. And when I say fully clothed, I mean beanie, fur jacket, and Timbs, just as you expect to see him, while in a 100-degree sauna. The legend of Penny continues! 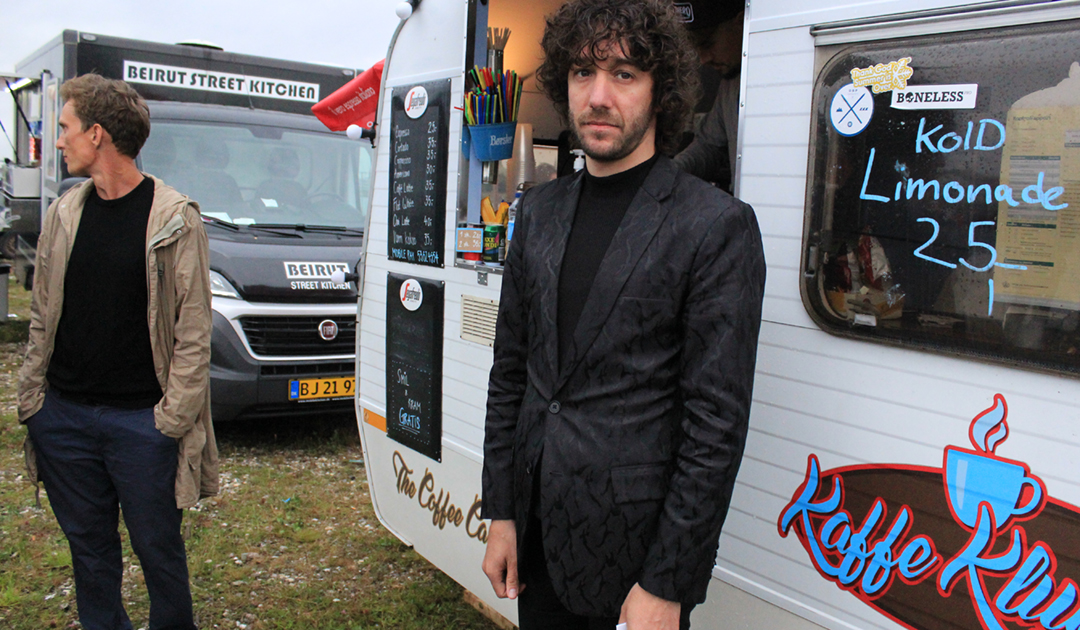 Another celeb sighting, Ali Boulala! A lot of the American skaters were tripping on seeing him because he’s banned from the United States.

Every skater deserves to take themselves to Copenhagen sometime, even if not for the contest, do it for yourselves. The skate spots can be found on every block, just rent a bike and you can hit up probably five legit spots every two hours just riding around that city.

The pizza and bagels are surprisingly amazing and give New York a real run for their money. I ate at one place called Bagel Man — the first bagel place in Copenhagen — every day for a week, and on the last day the owner gave me a free bagel, water, and orange juice and now we’re friends on Facebook. At the bagel place in my neighborhood I’ve been going to for three years, the owner still refers to me as, “What are you having?” Copenhagen is made for skateboarding. Don’t blow it, and get over there and visit the Bagel man.