Several different longboards, a proposed video game called “Sk8T,” a tool used to “launch skaters into rails or ramps” by way of towing them via bicycle, sunglasses made from recycled skateboards, and plenty of potential brands, parks, and books. These are the results you’ll turn up when skimming Kickstarter for skate related campaigns. While it’s not shocking that a lot of awful ideas are floated on the site, when “the world’s first, weight-sensing electric skateboard,” named the ZBoard receives almost $300,000.00 in funding, it’s time to evaluate just what the hell is going on. More importantly, can actual skaters–not bro’ed out Millenials looking to launch a “start up” before mom and dad start harassing them about what they’re going to do after graduating college–use Kickstarter, without looking… well… corny?

Like many of us over the age of 30, I’m very conflicted by Kickstarter. Part of me hates myself for not embracing the world at large and all that’s available to the youth and the other half just thinks there’s something about Kickstarter that’s as suspect as the voting process for Thrasher’s SOTY. Having had some complete atrocities in the form of Kickstarter campaigns sent to me recently, I became interested to see what the people of Planet Earth deem worth to commit their currency to. It’s bad: REALLY FUCKING BAD!

In the effort to give the readers of Jenkem a fair take on these campaigns, I focused hard and tried to tap into my teenage self, when I dreamed–like most suburban skaters–of owning a one-word named skate clothing company, whose designs would be rife with rip-off graphics and probably curse words. This daydream fizzled out, as the materials available to me in my high school graphic arts class were primitive and I only managed to turn out some really bo-bo bootleg “Phillies Blunt” T-shirts. Now, if this was my hope present day, would I not even think to make these shirts on my own in an arts class, and simply spend my valuable time making a short video asking for money to make a higher quality shirt, without risking more time or money? I’d be pretty fucking dumb not to right?

”Did I mention the one wheeled board netted over half a million dollars?”

This is why I understand why there are so many skate related Kickstarters, but what’s completely obnoxious about them, is that the ones that are actually coming from core skateboarding and not condo dwelling, mall grabbing, finance hipsters are getting less funded than really bad ideas. How bad? Shag carpeted banana boards, one wheeled wonders, “gnarly” electric boards, boards made out of logs (what the fuck else would you make a skateboard out of?), and other offensive crap. Did I mention the one wheeled board netted over half a million dollars? Yes, something with the description “DO YOU DREAM OF HOVERBOARDS? Onewheel started with a vision of the future – one where fast, fun, electric transportation makes getting around our cities a joy. Then we spent a ton of time putting together the best technologies we could buy and inventing the ones we couldn’t,” was able to raise more money than something worthwhile that supports skateboarding like Allen Ying’s fabulous 43 Magazine. 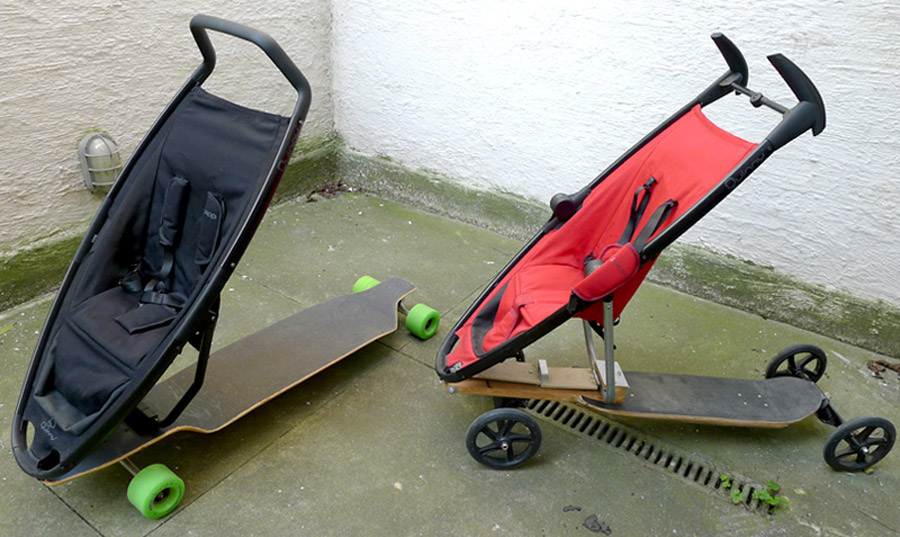 I guess that’s not surprising, but it’s still a kick in the balls or crotch if you don’t have a sack. Back to 43. It didn’t really bother or phase me that Ying decided to raise outside funds to print his magazine and keep it consistent to his vision, because other than taking out a loan to start a print publication, it’s extremely hard and risky to start a magazine. Everyone was confident that the end result would be a reflection of his skill and dedication and of course it was. But instead of assume, I asked Ying why he chose the slippery slope of Kickstarter to fund his vision. Having dealt with the platform, he gave a robust and insightful answer.

“Kickstarter was kind of a desperate last resort,” he replied to my question via email. “I explored the traditional methods of funding a skateboard magazine honestly, and threw down good chunk of funds on personal credit cards to do so, and still haven’t paid them off. I printed 200 media kits that were basically an issue 000 and visited skateboard companies in California to get them on board. It was at least a couple years of developing, pursuing advertising, and being shot down, before resorting to Kickstarter. It wasn’t something I wanted to do, but I didn’t really have anything to lose at that point. I don’t think there were any skateboard related Kickstarters in 2011, but still I wasn’t particularly proud that I had to use it.”

So there you go, the best example of someone who is actually part of the skate community using Kickstarter for something productive, wasn’t even stoked to fund his hard work this way. But thankfully, a guy who is really fired up about shag cruisers has no shame and made about the same amount of money offering nothing back to skating but embarrassment under the moniker “The Shaggo Grom.” Fuck.

Ying was also quick to point out the obvious, yet overlooked objective of the seemingly good nature of the Kickstarter community. It’s pitched as a “cool way to make your ideas come to fruition man!,” but in reality, it’s not much more than a Ponzi Scheme for stoners, as once an idea is funded, the owners of the site are getting paid, no matter what the dumb shit being produced actually is. Kickstarter isn’t out to do anything but make money off your ideas. That’s it. No one there is looking at the videos popping up every second thinking, “Man… skateboards have been around so long and they still have four wheels, luckily this genius is just $100,000 away from revolutionizing the industry!”

Do we need another long board company, magazine, book, or wacky shaped deck? As a person who writes for magazines and has co-authored two books, I’m tempted to say “yes,” but I’m still hesitant. On any given day, I could self-publish a book or magazine fairly cheaply, or even release an electronic version of it, but there’s something about that process that degrades the product to me.

“Sometimes you have to wonder if something needs to exist before even wondering if it needs a fundraiser.”

It’s a tenuous line between book and blog, where there’s a stigma attached to being DIY, instead of celebrating it. It’s almost like saying: “Oh yeah? No one thinks this is a good idea, I’ll show them they’re wrong.” Unfortunately, most of the time they are right. I’m not talking about making a zine or small run publication, it’s the idea of doing something that does take a lot of support, distribution, and planning to be given the chance to make the impact the creator intends. Even then it doesn’t ensure anyone is going to see your work, but there’s something about building something up from more than a two-minute video that holds weight.

Perhaps 43 Magazine is a Kickstarter outlier. In speaking with Ying, I feel he agrees as he told me he wouldn’t use it for his magazine again. He also nailed my feelings and thoughts about the nature of deciding to ask for public funding for any idea. “Sometimes you have to wonder if something needs to exist before even wondering if it needs a fundraiser,” he stated poignantly. “The ones people have to ask someone how to get Kickstarter to work for them, when in reality what you need is a legit idea.”