After all these years, Bastien Salabanzi is still surrounded by a lot of rumors and unanswered questions. Why’d he leave Flip? Was he in rehab? What’s he doing now? It’s been hard to sort out fact from fiction since he left America in 2006. The contest killer seemed unstoppable during his hayday, dropping two legendary video parts for Flip Skateboards and ripping though the contest circuit at the age of 15. Now 25, Bastien is still skating just as hard but on his own turf and with a bit more responsibility. We tracked him down and started from the top, finding out about what happened with Flip, internet rumors and his infamous self cheering. Make sure to check out the previously unreleased footage below of young Bastien skating his hometown in France.

Do you think you became a pro too quickly? Coming to America when you were 15 and all of a sudden skateboarding with all these pros?
I don’t know if it happened too fast but I wish I would have had my brother around, to give me wisdom and advice with how to handle all these new things. All my dreams came true so fast, everything just blew up. I achieved so much so quickly that after a while, you start to lose a sense of reality. You don’t pay attention to what’s around you. The only important thing was, what’s happening with me? If I could change something I would have come back to Europe a little more, and get out of this skate bubble and getting back in touch with the real world.

You were super young.
Yeah, being able to buy whatever you want, having all this money, things just happen and you have to handle it. You don’t have anyone to talk to or to say, I think this or that behavior is fucked up. Also that there are other things than skateboarding in the world, this is such a small part of the universe, it’s nothing. What you’re doing, you’re not bringing peace or helping kids who are starving in Africa, you are just riding a skateboard. When it comes down to it.

When you moved to America you were living with Geoff Rowley?
At first I lived at Geoff’s house, and then moved in with the the Flip team manager until I turned 18. That was crazy for sure. I’ll never forget my first session with Geoff, we went to the UCI rails, with Templeton and Arto and it was the biggest rail I’d ever skated. I thought If I could just do a boardslide It would have been gnarly but they were doing feebles and front lipslides and stuff first try. I was like what planet am I on? These guys were skating it like a skate park handrail. I couldn’t believe it.

You haven’t skated many rails up to that point?
No, back then, before I moved to America I was skating a lot of ledges a lot of manual pads. So handrails were totally new, and when I saw them skating the rail that way, it made me realize they look at it completely differently.

That was a big surprise how hard it was to actually skate a lot of the spots I had seen in videos. I didn’t imagine we would be going out at 3am with generators just to get 1 trick. I imagined it would be so easy to skate there but it wasn’t. It was so different then home. In Europe, you warm up, you session you have fun. In California, you go to the spot, you already know what you want to do, and if you have 15 minutes you are pretty lucky. It’s a different way to skate. Get there and get it done. It was something I didn’t expect.

Flip wanted you to skate big stairs and rails and that wasn’t something you wanted to do?
The best way I can explain it is, I thought when you get a team together, you pick different riders for their own style, for their own vision of skating. You trust them in their direction of progression and style.

So after I did one video part already with Flip it was difficult to have them tell me stuff like, “hey you should go to El Toro and do a kickflip back lip on it,” when I didn’t feel that way. It’s not like soccer where you have a coach telling you what to do. I didn’t feel like doing the same things as I did before, kickflip front board on everything. Those tricks come from the heart, for yourself. In skateboarding, its gotta come from the rider. At the end I was telling them, just trust me, I will have a really good part I will be proud of it. 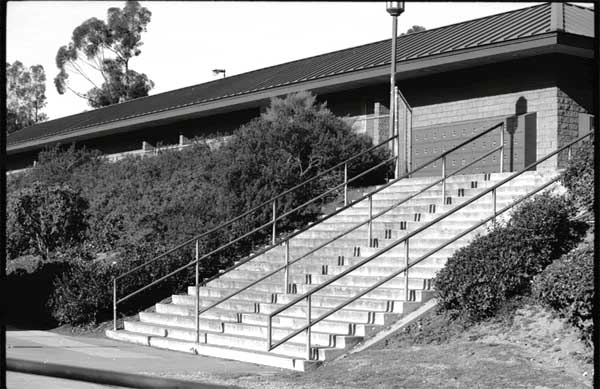 They wanted you to do El Toro?
Yeah when they told me I thought it was a joke, but it wasn’t really a joke. Dude, imagine if I fuck up my kickflip, I still have 17 stairs to fall down behind me. I can kill myself out there, don’t talk about it like it’s nothing. That shit is crazy. Finally I was like if that’s what they expect from me, I don’t think I can get the job done, I’m not in that mode, sorry.

So you got kicked off Flip because you didn’t agree with how they wanted you to skate and you wanted to spend more time in Europe?
Yeah. And probably, some things, like what people thought of me, cheering at contests and stuff. Maybe some people were taking it as cockiness, they were sick of it or something. I think the Flip dudes were like, it’s not really in the line or image of the company we want to show. We never really talked about it, but I’m sure that was a little part of it too. They expected a certain image from each rider. 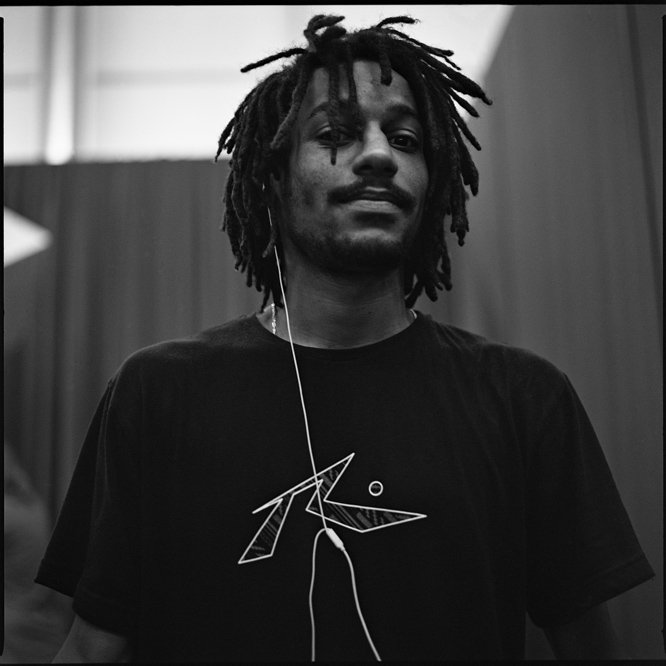 You still smoking a lot now?
Since I have my kids I don’t smoke anymore. When it’s all day, diapers and waking up at 3AM and whenever, you have to be awake and careful. I don’t like the feeling of being high and having my kid under my responsibility. I was over it. It’s not like I planned it or told myself, “OK you have to stop now.” It was just a feeling, I was smoking long enough on my own doing my thing, now I wanna be 100% with them and be straight and enjoy it.

Back in the day, did you say that you wanted to smoke and chill for a year and then come back and still be one of the best skateboarders ever?
No. I never said that. There are a lot of rumors that make me laugh, like I was in rehab and stuff. It’s funny what people can say. People think I was on drugs. Outside of smoking I never tried anything in my life. For me all these hard drugs are scary, like coke and pills, I stay far from that. I saw people doing that and I thought it was so ugly, in the bathroom, it looks so bad. At least when you smoke a joint you pass it to your homie and smoking, it’s a different atmosphere. Being in a club, in some toilet, doing coke, it looks stupid. I’ve never tried that in my life.

So you didn’t do cocaine on the course of the Mystic Cup back in 2008 after your run?
No [laughs]. I heard that rumor. I have gnarly allergy’s to wood and dust and so many things, so I’m always sneezing and touching my nose. I think that’s what made some people think that… But at the same time I look at my behavior and I can understand why people were thinking that. I was kinda crazy.

Have you seen the Youtube clip the “Bastien Salabanzi show?”
Yeah, if you don’t know the context I can totally understand. Like watching that and people thinking the tricks are great but his behavior is fucked up. I understand that, but for me, that day, my big brother was there at the contest. He hasn’t seen me skate for a long time before that. I was skating for him that day. I was so happy to know he was there, so I was really motivated and stoked, that was the emotion that came out.

Do you get a lot of shit for self cheering?
People don’t tell me personally but I hear of it from people. For me, back in the day, when I went to an event, I put so much pressure on myself. I was like Ok I have to prove to everyone I am on that level, or I can win that contest or just for myself. When I achieved these things, the pressure had to come out, it was like an explosion or something. It’s just natural. When I was a kid I wanted to be the best, and do the best I could. Just being competitive. After years and years, that pressure dies down. I don’t have that anymore. But when I was 15, 16, for sure, I was one of the young cats coming up. I was like, the contest killer and I was stoked on that. People expected me to fuck shit up so I show up and wanna fuck shit up, you know?

You’ve been riding for Jart Skateboards for a couple of years now. What does Jart mean?
I don’t think it means anything.

If you could go back in time and give one word of advice to yourself at 15, what would you say?
Don’t change anything, because everything is alright.