Vern Laird isn’t a professional skateboarder, but last year, at the age of 40, Surprise skateboards blessed him with his very own guest deck in the name of fun. The Love Park local and current Bones Bearings Team Manager stepped it up and challenged his four-decade-old body to make a full promo part to hype it up. Now, one year later, he’s pushing himself one last time to film another full part while juggling job duties and responsibilities as a fully grown man. I asked him a few questions about skating in old age, the Love Park days and stinky tre flip styles.

You spend a lot of time traveling doing commentary at contests. Have you ever gotten into a fight with someone because they thought you were being too harsh?
I have been fortunate enough to get hired to do skate events, and I’m hyped that people keep hiring me. But yeah, I do remember pissing off some skaters at Amsterdam Am in 2009. I don’t really ever know what I’m saying, the words just start to flow and then I keep going. I’m sure I probably made fun of a shit-leg tre flip. I hate that extra stank leg shit. And the Euros loved doing it around that time, so I gave every dude a hard time. I remember one of them flipping me off and yelling “fuck you!” at me.

”I went to China twice last year, and people just wanted to touch my hair”

As a tall black dude with long dreads, do you get treated differently in super-white European countries when you travel?
I actually haven’t had any problems when I travel to other countries. At most, people trip on me when I’m in an Asian country. Mostly they are mesmerized by my hair. I went to China twice last year, and people just wanted to touch my hair. They couldn’t believe it was real. As far as Europe, I’ve never had any problems. I was just in Copenhagen and it really is one of the nicest and happiest places I have ever been.

But back in the States, I still deal with that shit. Just last year in Tampa I was walking back to my hotel in Ybor and a pickup truck filled with rednecks yelled “fucking nigger” at me.

I guess some shit will never change. 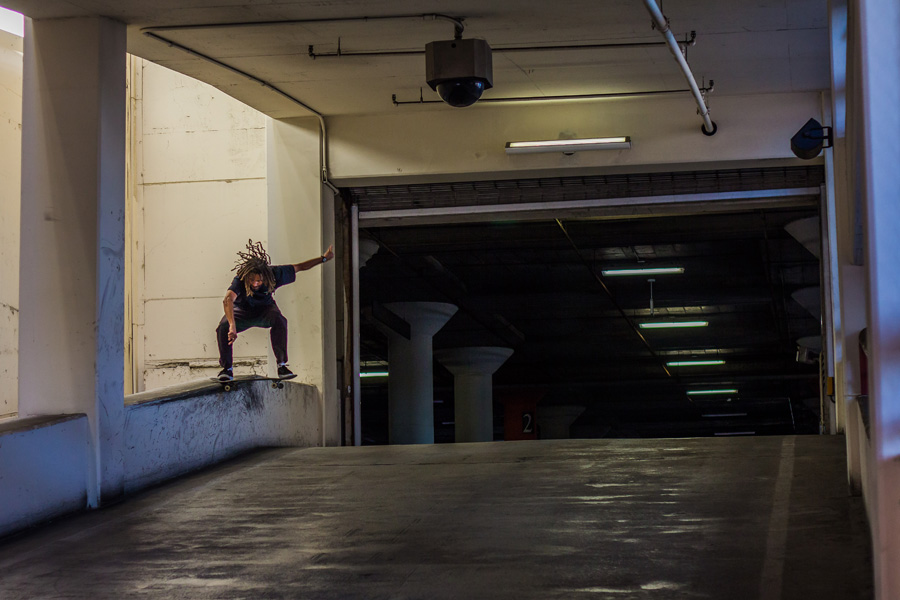 You grew up skating Love park. Wasn’t there a dude nicknamed “Shitty” there? People would freak out if you called someone Shitty these days, they need a cool name like “Lizard King” or whatever…
My boy Zeb Snyder got the name Shitty for his shitty style. He would land everything real shitty or real bad when you would play him in S.K.A.T.E. Hung came up with the name. He said, “man, you land everything shitty, you got a shitty style.” And it just stuck.

Are you done filming parts and releasing guest boards, or could we see your name on a board again?
I think this is final. I can’t imagine anybody else would want to put my name on a board. I’m grateful for the two that Surprise did.

Words: Anthony Pappalardo (@anthony_pappa)
Photos: Nicolas Delvalle (@nicolas1134)
Daily updates on our Facebook
Get brainwashed on our on Instagram