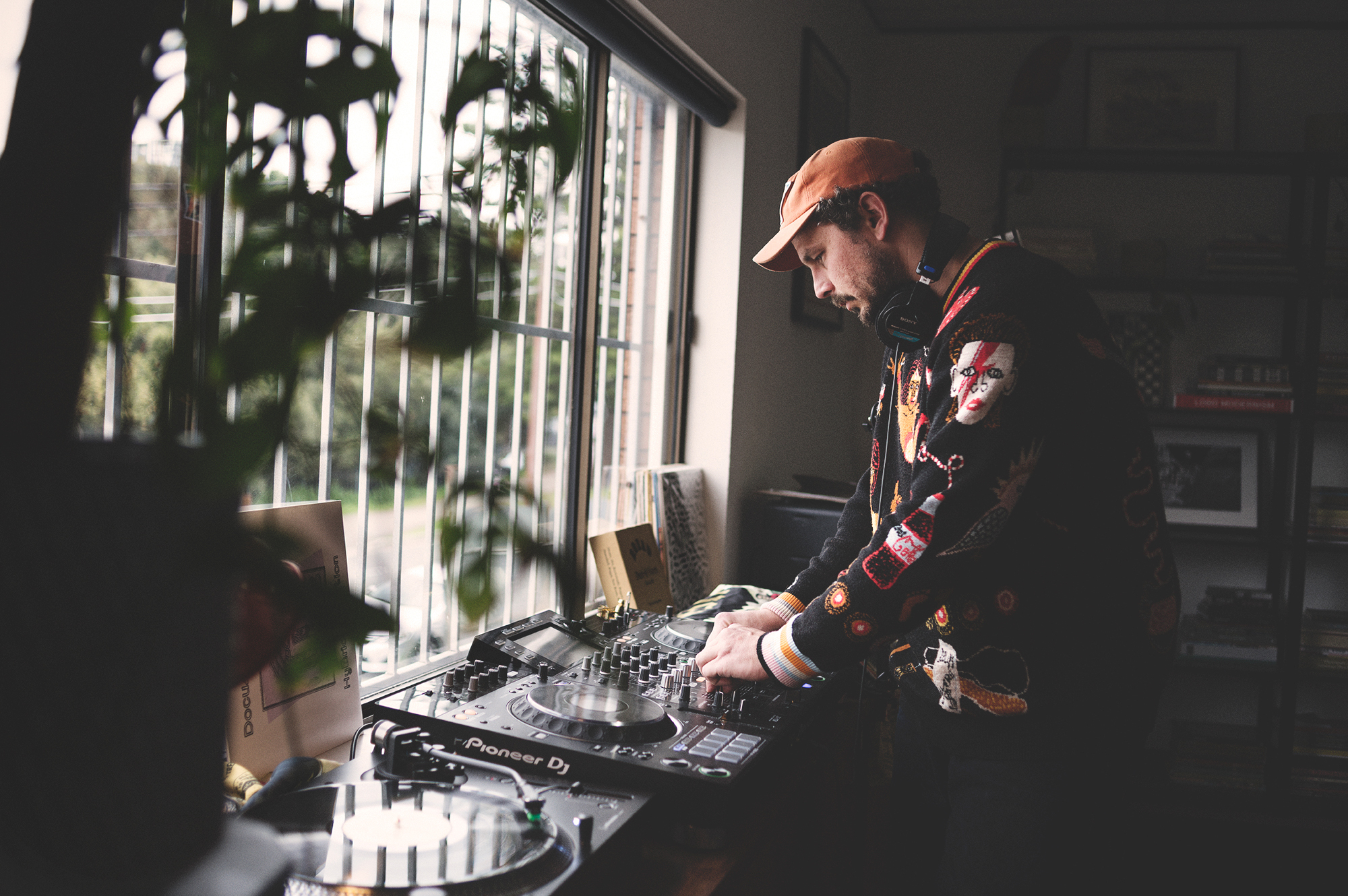 For skateboarders who live in Australia, Pass~Port is big for us. It’s the company that has blown up and gone international. With its defined brand image and heavy Australian influence, there is a sense of local pride that comes along with the success of the brand. Not to mention, with Pass~Port’s accomplishments came some well-deserved recognition for the skaters who would rather stay in Australia than move to The States.

At the helm of Pass~Port is the owner, Trent Evans, who over the last 11 years has helped introduce the world to what is going on in Australia. And this isn’t limited to the skate scene, Trent has been using art and music from local artists since Pass~Port’s inception, giving these artists a wider fan base of international degenerates.

To celebrate 11 years of the brand, Pass~Port is releasing a vinyl record that is a compilation of 11 tracks from Australian artists that have been used in Pass~Port videos. To accompany the release, we spoke to Trent about all things music and went behind the scenes into his song selection process.

How important do you think music has been in defining Pass~Port’s image?
I guess it’s been a pretty big part of it. We’ve been so lucky because we have a very strong connection with the local side of things, the Australian side of things, and in turn the music scene and community, too. I’ve been in bands, I go to a lot of gigs, I listen to a lot of radio shows and all those sorts of things. When I’m at a gig or listening to the radio, in the back of my head I’m always thinking, “Can we use that for an edit?”

Also, having firsthand experience with Australian music that other brands overseas don’t have is a bonus. We get to work with artists and bands that maybe someone’s never heard of and I’m stoked that we can introduce these Australian bands to a different audience.

Is there any particular music you’ll never use? Why?
Never say never to anything. It may sound cliche, but I truly do try to find beauty in any and all genres. Some are pretty challenging though. I use to be a huge fan of “emo” growing up; AFI, MXPX, Blink & so on. But the 2022 emo, is sort of draining on the ears. Maybe I’ll come round, maybe I’m just getting old & jaded. 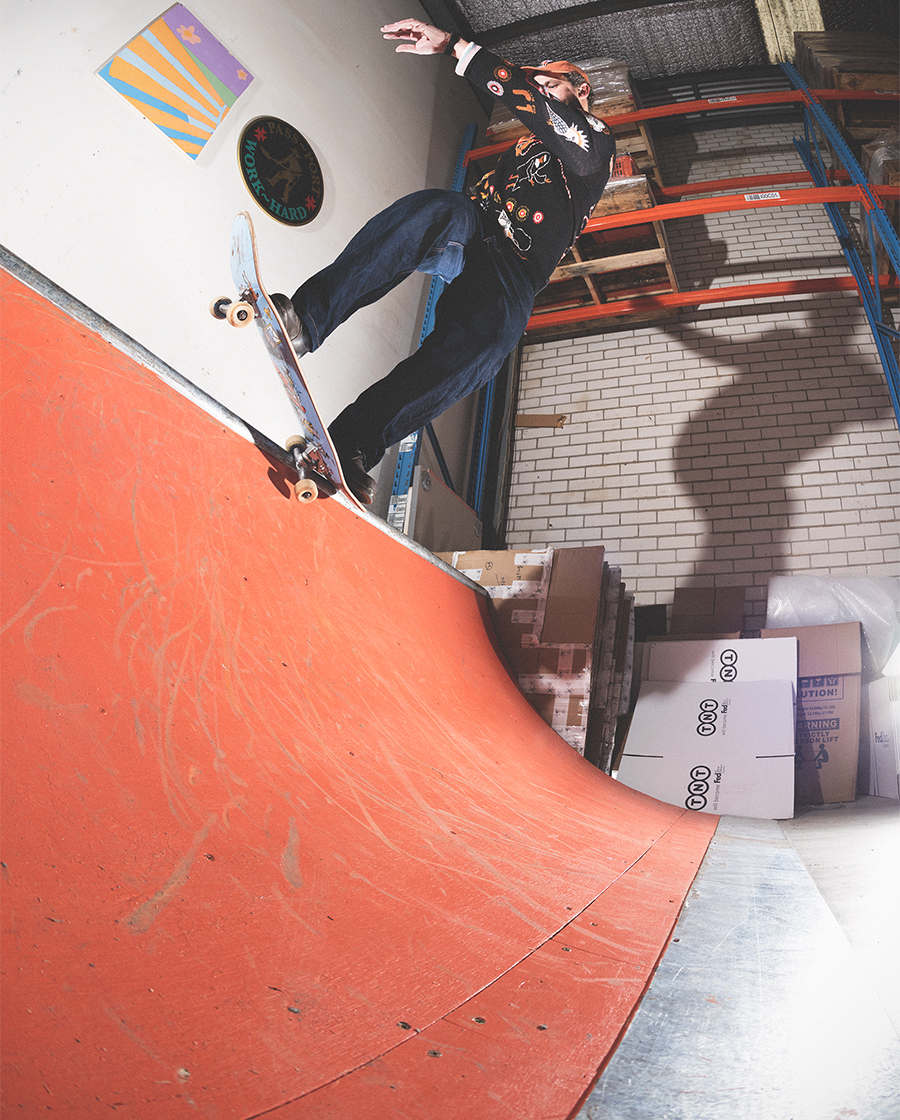 When the Pass~Port team is in the van, who’s on AUX cord?
My God. It’s me up front for about three and a half songs, then the kids will blast a UE Boom over the van stereo and it’s all over; trap, rap, ironic pop track, trap, rap, iconic pop song. You get the idea…

Do you have any beef with someone for reusing a song from a Pass~Port video?
No real beef I guess, but definitely a few Euro and East Coast heads have used tracks we have in the past. Maybe they can’t hear us from Down~Under? Just kidding [laughs].

What genre is overused in skate videos?
2022 emo!

Do you think music is just as important in defining a brand image as board graphics are?
For sure. There are a handful of brands out there that you can love their graphics or t-shirts, or their Instagram but then a video part could come and you’re like, “Whoa, they chose that track?” It’s something that I think every brand takes pretty seriously, and if they don’t take that side seriously then why are they doing it? Just to slap a song on? That’d be so sad, especially when the skateboarders and the filmers worked really hard. It’s a very collaborative process. 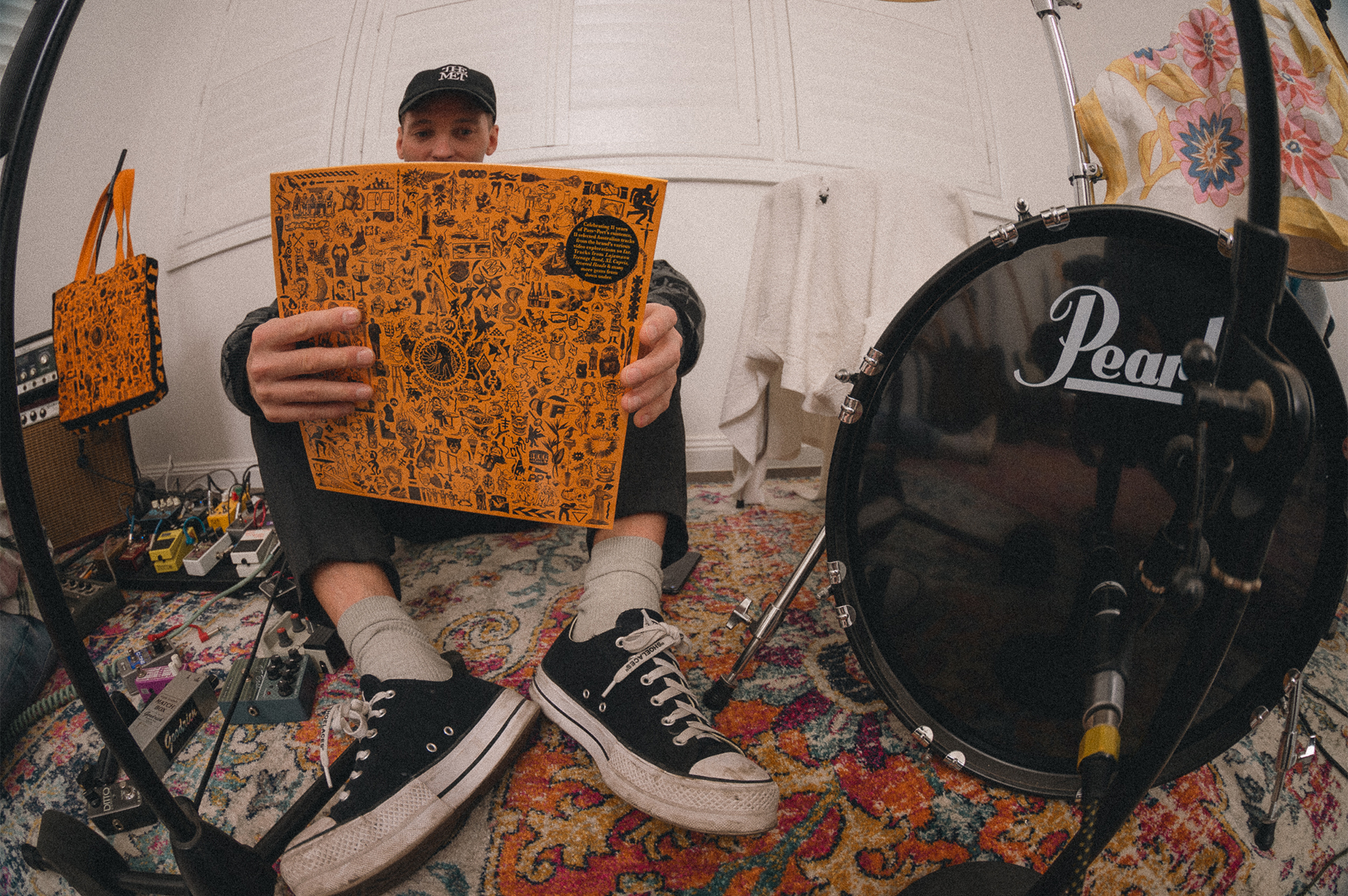 When you work on a collab with Nike or Vans do you have full creative control over the soundtrack?
Pretty much. I think it’s a little bit of weight off the brand’s shoulders because we can just do what we do best and dig deep, find good music and find the right sort of song that compliments us, the skater, and the other brand involved. We’ve had nothing but good processes with the bigger companies, and again, they foot the bill, so it’s a win-win [laughs].

What’s a typical music budget for a skate video?
It really depends on the project and who is involved. I think the most we have paid is well over $7,000 for a single track.

Do you feel the need to represent the riders differently through the music you may use for them?
I’ve always put the feelers out there with riders wherever they may be from – if they’ve got any ideas for music or any local stuff they are into. We’re super lucky with someone like Matlok. He’s working on a part at the moment, and he’s already sent me three huge playlists of songs for his video part. He even put tracks that he thinks I might like personally. I think we’re even luckier when they’ve got a big passion for music and we can share local tracks or classic tracks that we both like, even if we’re on other sides of the world. 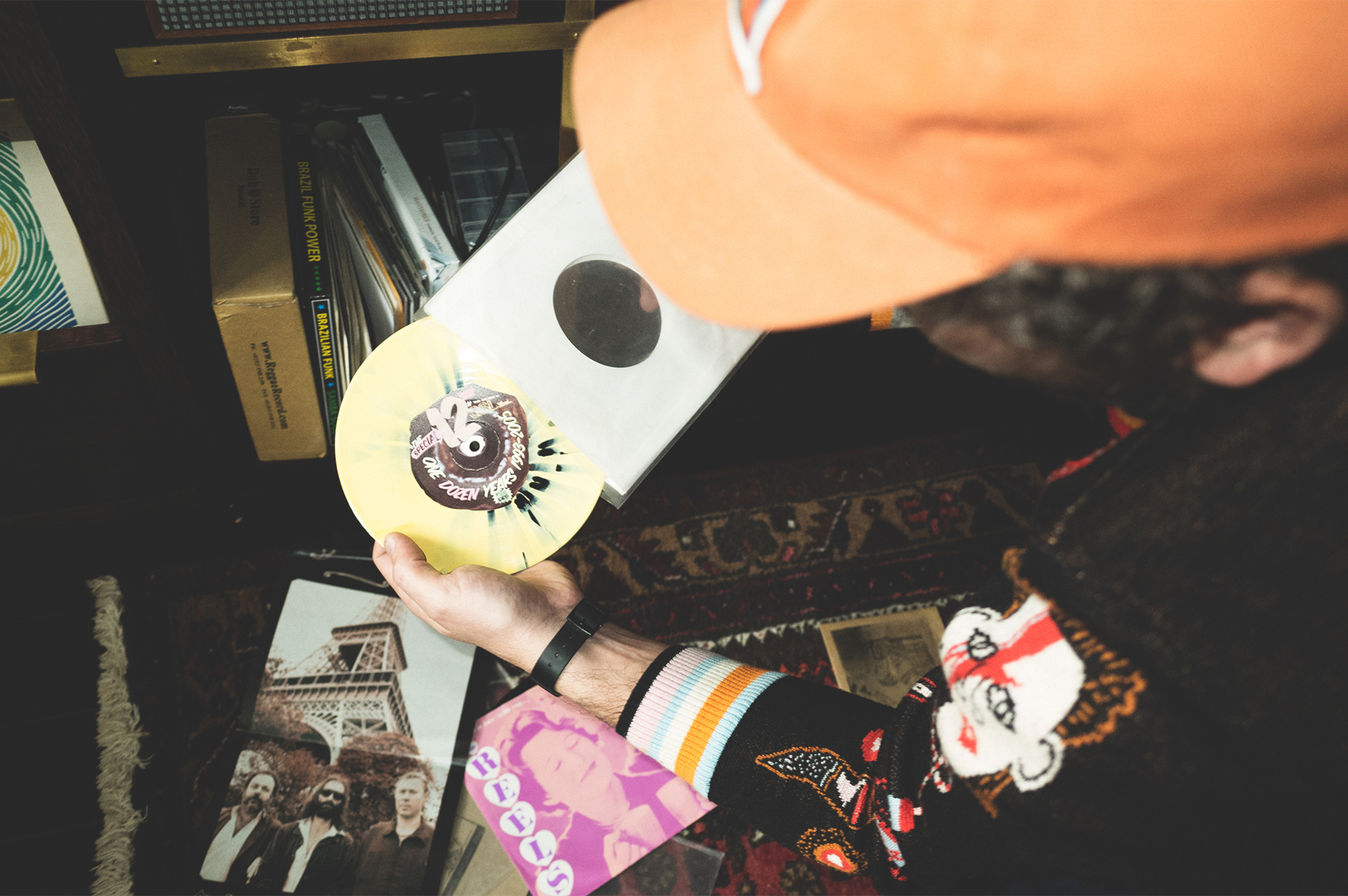 How do you go about getting rights to tracks, and have there been any songs that you couldn’t get the rights to?
Whatever works to get in contact: an email, a phone call, a friend of a friend, or an Instagram message. A lot of them are pretty cool about being a part of a skate video. I guess we’ve got enough of a back catalog of music and videos that they know that we’re not just going to make some absolutely cooked video projects and chuck their music on. We’ve had times when we can’t track down the artist/record label and we usually just “risk-asses” [laughs].

What are the legal ramifications for using a song without permission? Has anyone ever come after you?
Every record label, distributor, rights owner, band, and artist is going to go about it differently. No one has come directly after us, but there have been a few tracks along the way that YouTube or another platform has stripped us of. Can’t win them all.

It also depends on how long you sign off a track for, six months, one year, etc. There are some incredible edits out there that literally aren’t on the web or have no audio, due to their terms ending! For example, Wade Burkett’s Thrill of it All part. It had an ACDC track, I think. 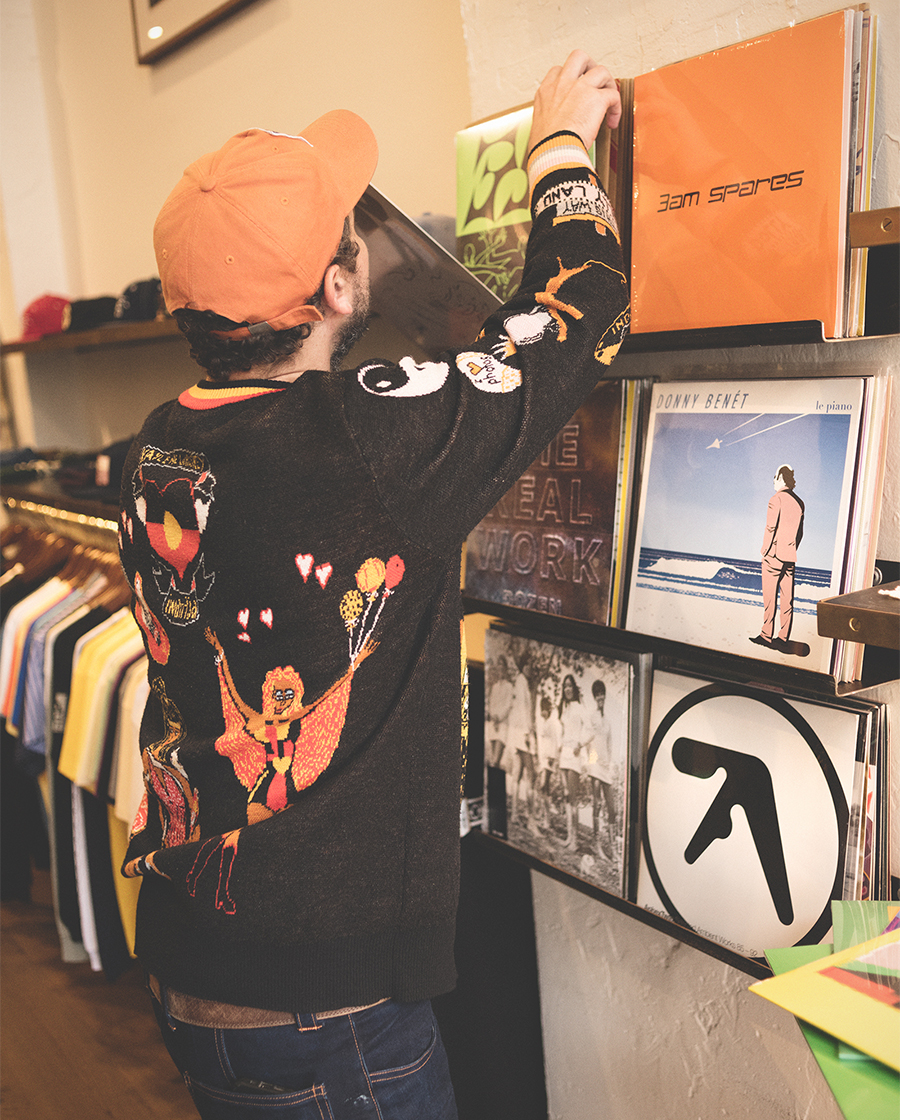 You’ve said that you love searching high and low for music. What is the most interesting way you have found a song?
There are a few songs in mixes that I’ve found in a taxi or Uber. It might be someone driving of foreign descent, they’ll have a song on, and I’ll do the normal thing of starting a conversation or maybe I’ll Shazam it. I’ve had a few Uber drivers at the end of the trip, pull over and tell me what that song was and then even recommend a couple of other songs.

I’ve seen comments when you’ve used Lil Ugly Mane being like, “Who would’ve thought Pass~Port and Lil Ugly Mane would work so well together?”
I just think he is such an incredible artist. He’s one of those guys that if you’ve seen his back catalog, it is absolutely insane. He can morph himself into all these different genres. I’m not going to lie, I love seeing what he’s been up to. He’s got 15-plus albums, and I bought the whole set on his Bandcamp. He is just such a good example of someone who is doing what they want to do. He’s been super cool about us using some of his tracks. 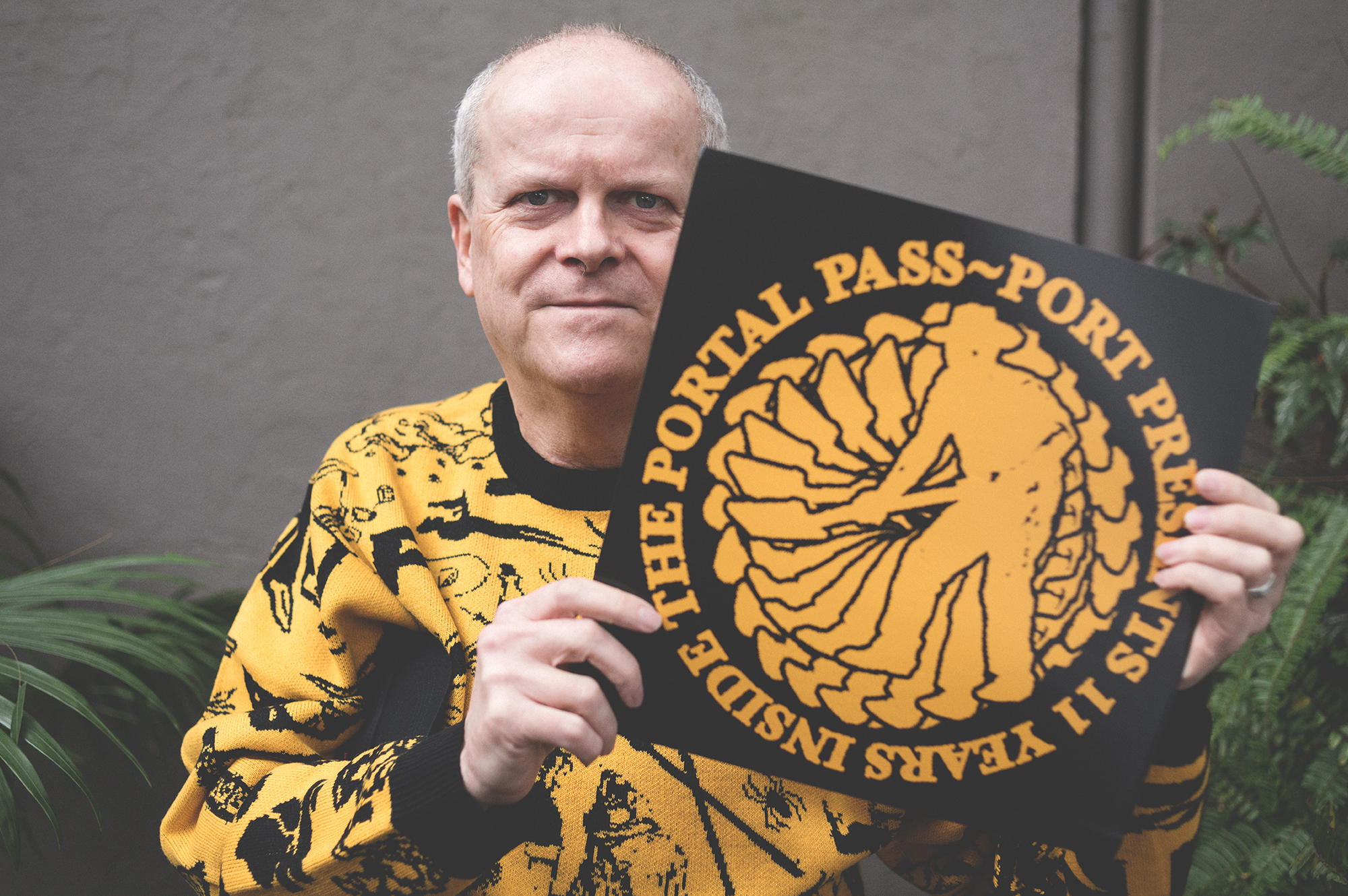 What is it like working with people when you have such a strong idea of what you want the video to look like?
It depends on the project or video, but a lot of the time, if Geoff Campbell [Pass~Port filmer and editor] is in the mix, it’s between me, Geoff, and the skater. At times it might be two against one, but we’ll always come to some agreeance. If someone’s not into a track or they’ve got a recommendation and one of us isn’t happy, we’ll at least start building a playlist of tracks that are in a similar vein. I’ve never released anything that someone is not happy with or signed off on. Sometimes it’s just a little bit of persuading or nudging to get a track over the line. No tears as of yet [laughs].

I know Geoff is a very opinionated person. What is it like working with him specifically?
Yeah, very much so. We’re working on this Nike b-sides edit at the moment and the song we’re using is this song I’ve sent him for about six or seven projects. It’s as if he’s finally been like, “For fucks sake alright, we’ll use this song for an edit.” [Laughs] We’re very honest and open with each other and we’d both rather be opinionated and get our ideas across than just be a “Yes Man.”

We butted heads a lot through Kitsch and other projects, and as cliché as this sounds, it literally does usually come down to the greater good of the brand, the edit, and the skaters. You could say it’s quite democratic when it comes down to it.

How did the 11-year vinyl record come up?
I’ve been collecting vinyl for over 20 years now. I’ve gone through big months and years of really collecting a lot of stuff and then months of not wanting to waste a heap of money [laughs]. The idea came from my love for vinyl and wanting to create something tangible for the celebration of 11 years of the brand.

The record is comprised of 11 songs by Australian bands and artists that we’ve used through the 11 years of us making skateboard videos. At the start, we had our entire catalog of music, but it just felt more on point to use only Australian tracks. I sort of like that in a way, that it had to be curated whatever record could be under the 21 to 22 minutes on each side. There was even a little bit of math even involved [laughs].

I like having something physical. We did it with Kitsch as well, we had a USB. If we wanted to, we could just celebrate, have a party, do a T-shirt, do a skateboard, but this is something that to me is collectible. It’s another way to sort of exhibit our body of work, but through the music, we loved editing skateboard videos too. 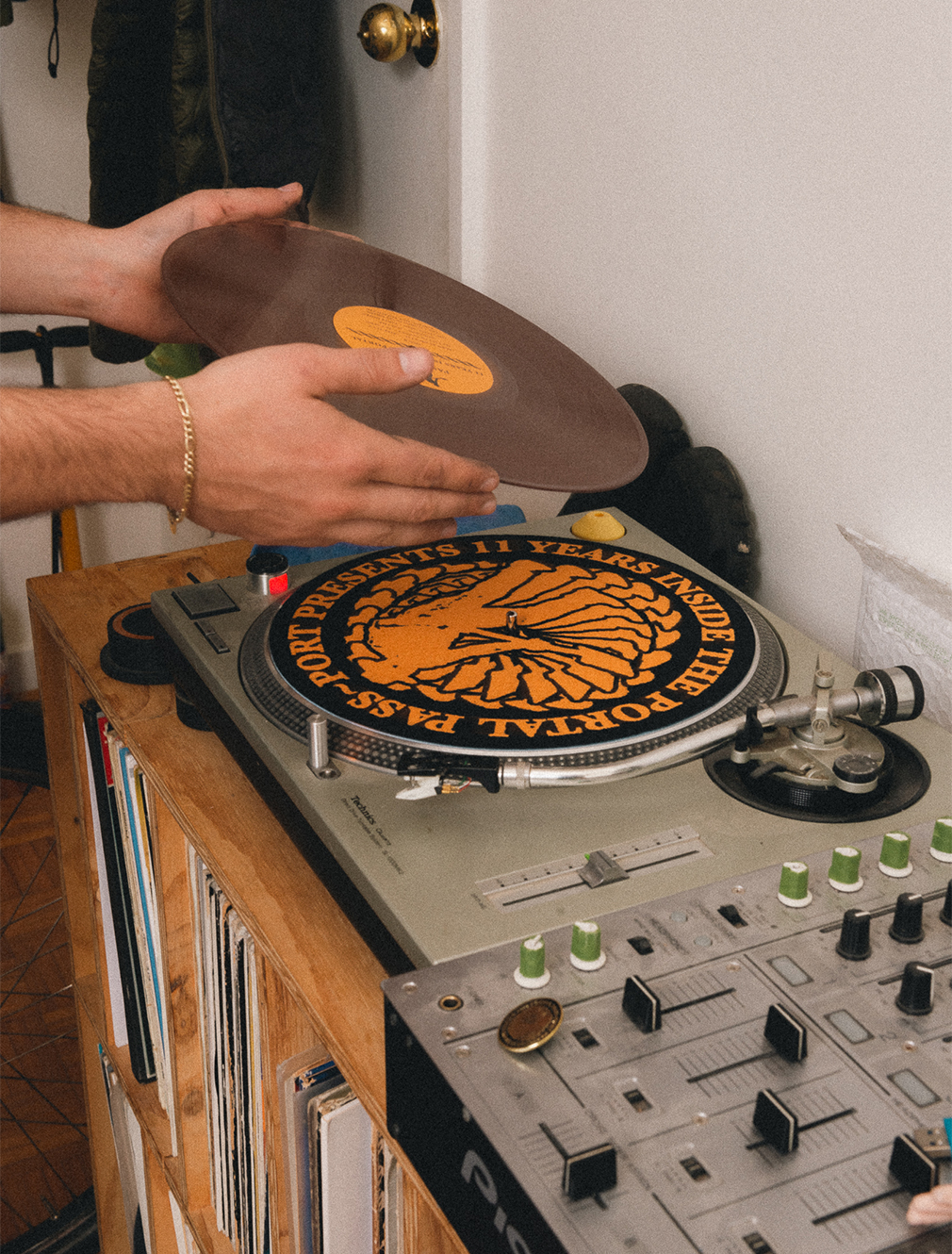 Coming up on 11 years of Pass~Port now, do you have any new visions for the company or new ideas for music?
I think it’s literally the same as day one, with the music side of our brand. We’ll just keep exploring and expanding. We’ve got a full-blown mixer, microphone, and turntables here in the studio so, we’re set up to record anything at any time. Because of this record, we’re starting up, a mini record label just to release this record.

Do you think you will enter the realm of being an actual record label?
I think we will have it in the back pocket and if the right opportunity was to come up, why the hell not? I’m lucky because the company is just mine, obviously, we’ve got a group of awesome people that work with us too, but we don’t have to answer to any “higher-ups.” Music doesn’t sell!? It’s something that we all want to do, and if it makes sense then I’m all about it. Maybe we’ll try and convince Boiling Hot Politician to press his album to vinyl, tape, USB, or CD. You never know.