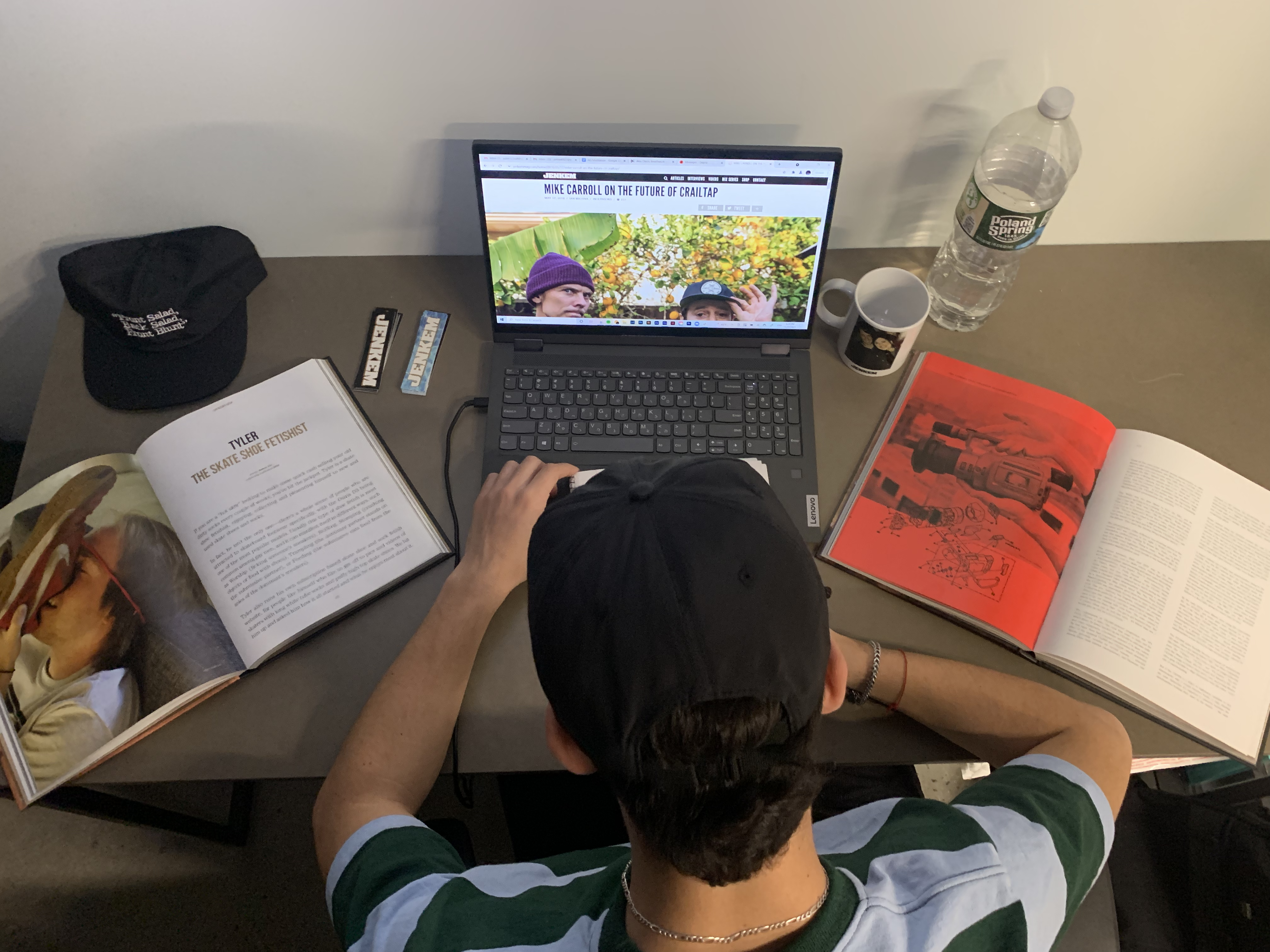 We haven’t spent a lot of time talking about it, but 2021 marks the 10-year anniversary of Jenkem.

That’s right, somehow we have been able to keep the lights on for a decade and continue to bring you riveting content like Street League on Acid and Who’s The Man Behind The Weird Nail Skateboard?.

All jokes aside for a second, we’ve produced a couple of things here and there over the years that we’re quite proud of, so we thought why not toot our horn for just a little? We wanted to make sure we don’t go too OD with the fart sniffing, so we decided to give the honors of selecting the pieces and writing the reviews to our intern. He’s 17 and he’s only been here for a couple of months, so who better to comment on content that’s been published for longer than he’s been skating?

We’ve got plenty of stuff in the works to properly round out our 10-year celebration, so if you think this absolutely sucks, hopefully, the other stuff we’ve got brewing will be more your speed. We can’t win ’em all.

I don’t know if I’m just gullible or what, but I fell for this. When I first started working at Jenkem, I mentioned that I thought Jenkem had released a special sauce with Popeyes. This prompted everyone in the office to start laughing before talking about how it was so obviously fake.

To me, it seemed that no stone was left unturned. There was an official-looking commercial, convincing enough packaging, a press release, and Raspa was even wearing an employee uniform.

I like to make myself feel better by thinking that everyone believed that this was real at some point in time and I just so happened to believe it was real while I was at Jenkem HQ.

I need to give props to Jenkem for tricking me, but as George Bush once gaffed, “You fooled me, but you can’t be fooled again.”

This is definitely one of Jenkem’s most information-dense pieces, which, although out of character, is certainly welcome when most other magazines have resorted to reposting every minorly popular skate video and trying to get on the Supreme friends and family list.

Alex Coles, who is more than just a smooth voice, help to create a video essay that could marvel at the quality of famous Pulitzer Prize-winning journalists, like Rad Rat and Ben Degros.

In case I am being too chipper, I am going to mention that Jenkem absolutely dropped the ball with their next video essay, “A History of the Benihana.” The VX video worked because people actually care about the VX. Nobody has ever cared about the Benihana or its history. Trying to teach people about the Benihana is about as important as debating whether goofy or regular is better.

Thankfully, YouTube saved our audience by temporarily removing the Benihana video. They said it was for copyright infringement, but they probably figured that the video was too garbage to keep on their site. 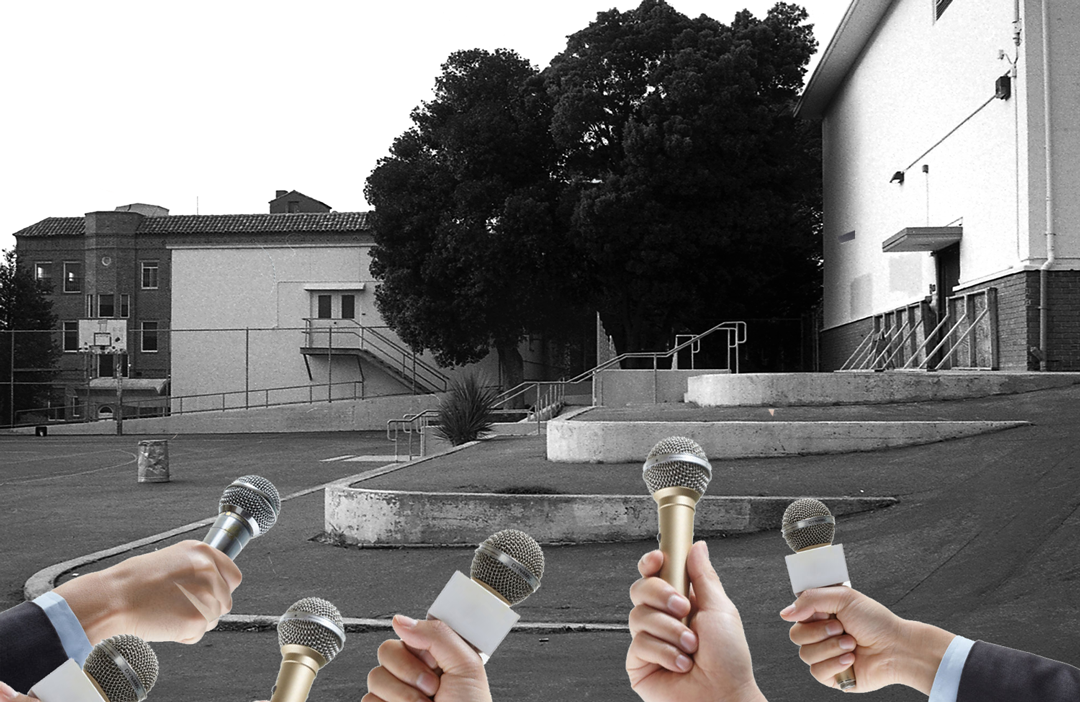 An Interview with Wallenberg

This is the equivalent of when the annoying kid tells a “joke,” starts obnoxiously laughing at it, and then explains to everyone who isn’t laughing why it was one of the greatest jokes ever told.

The piece starts off with the line “I wasn’t sure how to interview a skate spot, especially one as historical as Wallenberg.” You just know that the author, Morley Musick, was sitting there writing this with a big ol’ grin on his face thinking “Oh, those Jenkem readers are going to eat this up! They might even think that I spoke with the stairs. Jimmy Kimmel, here I come!”

Morley probably had no friends in real life so he needed to resort to making them up. But even the imaginary people in his brain wouldn’t talk to him so he settled for a mound of concrete. 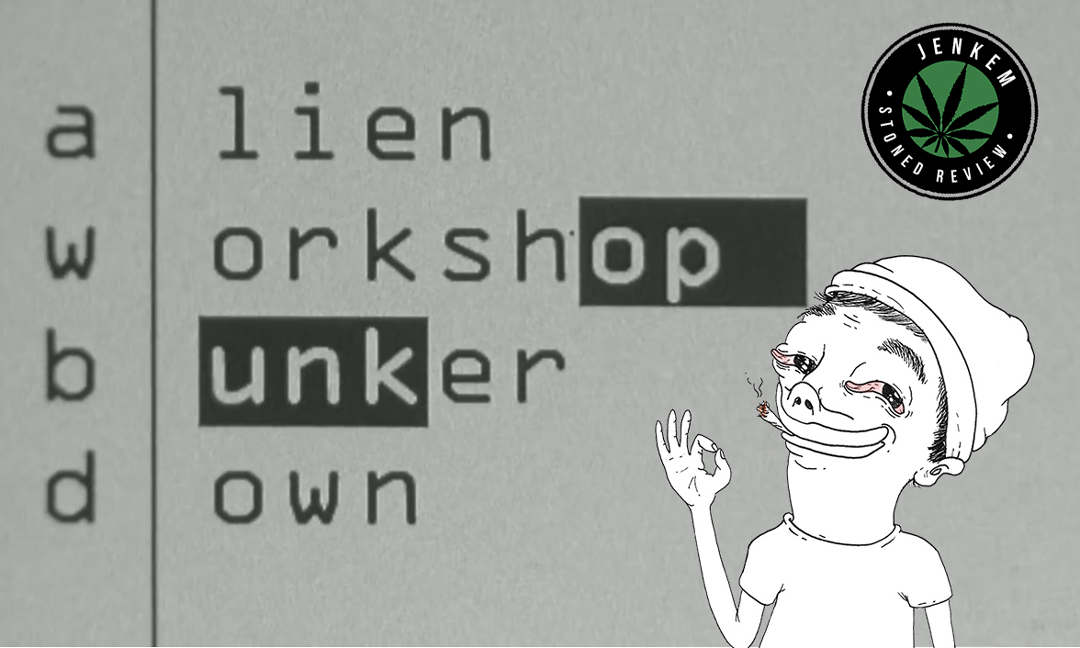 Before I started working at Jenkem, this article was just a piece of skateboarding folklore. When I began working here, I finally got the opportunity to see one of the biggest low blows in skateboard history.

There were no attempts at comedy made in this piece. It was just bullying. A lot of what was said in this piece is worse than anything a schoolyard bully has ever said, and it seems that Alien Workshop still hasn’t recovered from it because they haven’t dropped any exciting skating since, and Franky Spears is still stuck living in Mark Suciu’s shadow.

I don’t know what Alien Workshop ever did to deserve the hate that they received on this piece. Maybe it’s because they’re located in Ohio, or maybe it is because the author of it wasn’t down to colonize Mars. 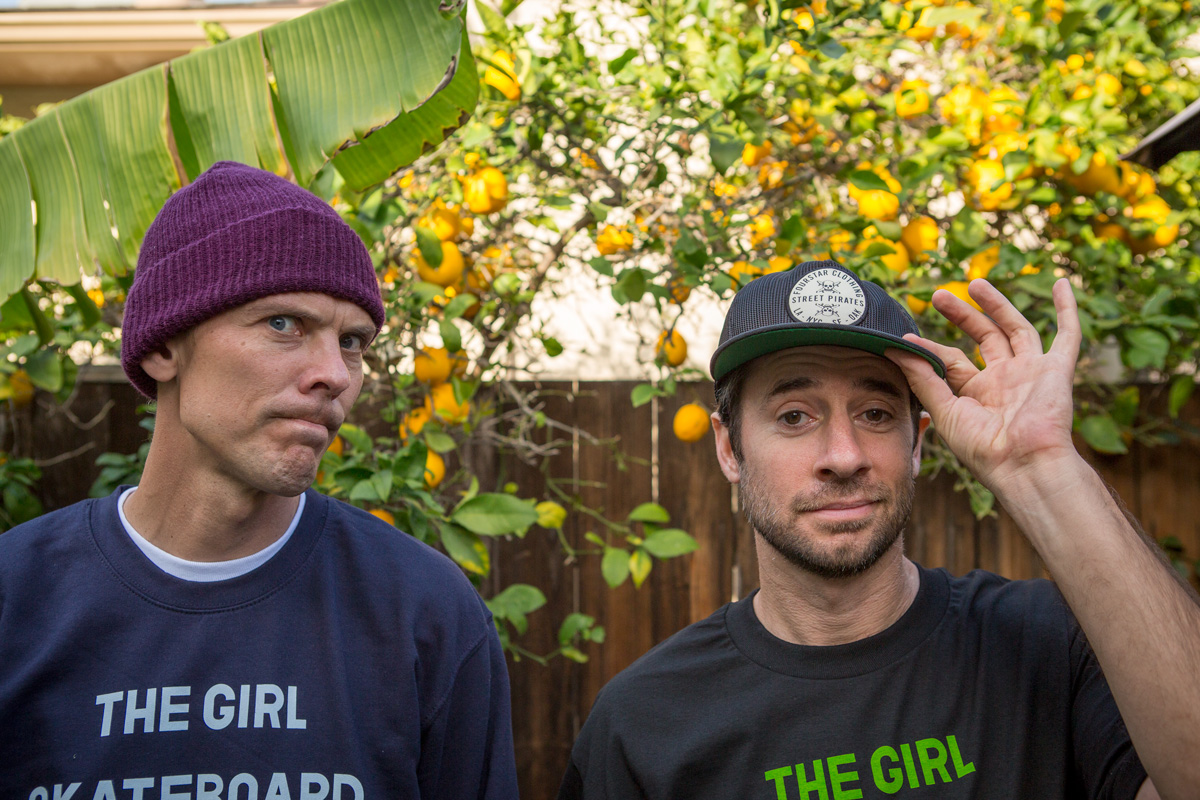 Mike Carroll on the Future of Crailtap

This is probably the most popular interview on the site and it even crashed the site when it was released in 2016. But, I have still never read it and I never plan on reading. I was about to read it to prepare to write a review on it, but that would make too much sense.

Why would anyone want to read an article about the future of Crailtap? Until they added Carlisle Aikens and Erik Herrera to the Chocolate team, they didn’t have much going for them. And they’ve kind of dropped the ball not turning Carl pro yet. Dude has been on top of the game for almost two years and has been in almost every NYC video released in recent memory. Turn him pro already!

[Editors note: Carl went pro last night, after the Intern wrote this, so who knows where he stands now] 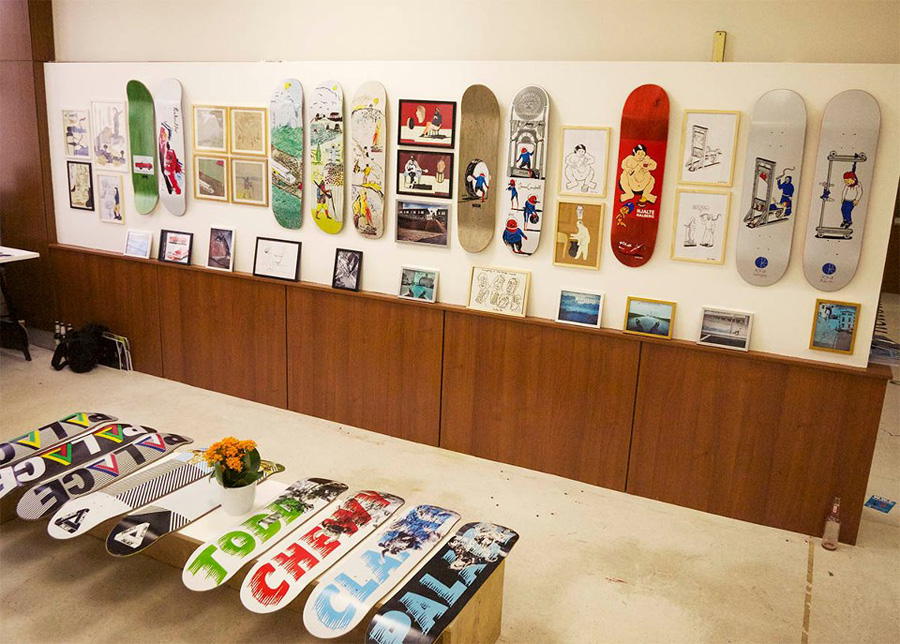 It’s time for me to fangirl a little. Jenkem is one of the few sources that puts out consistent, quality articles that dig deep into skateboarding culture and society. It’s not just about interviews and parts. It’s about the underworkings of the industry and everything that the typical viewer wouldn’t know about unless they flew to California and sifted through Berra’s trash. Jenkem was able to forecast the unbelievable popularity of Polar, Magenta, and Palace years before tweens were funding themselves by reselling Big Boys on Depop.

Side note, I don’t think that Rich Kaminski, the author of this piece, is a real person. I have a few pieces of evidence to support my conclusion. 1. Rich Kaminski is too fake of a name. That sounds like the name of a pro wrestler or mildly successful Polish restauranteur. 2. They have no social media presence and 3. They write just like Ian, including the snarky Vice-esque tone and frequent typos. I’m beginning to think that most of Jenkem is just NPC’s pretending to be skateboard writers. We probably have more bots on our site than Facebook. 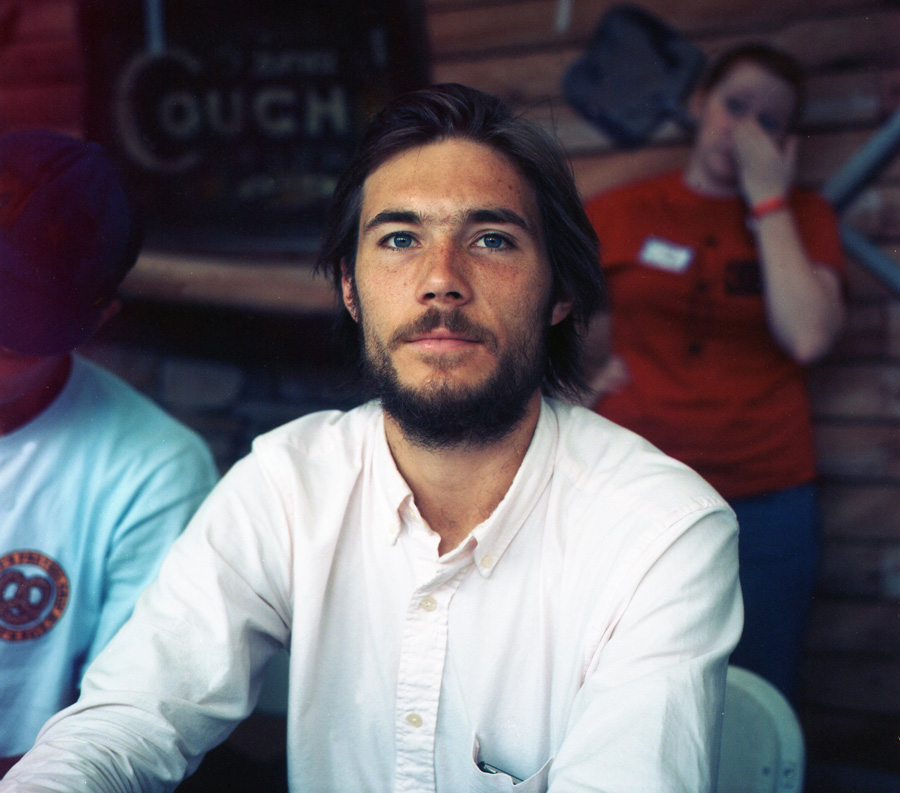 Alex Olson is Starting his Own Company

Looking back at a lot of old Jenkem content, for every good prophecy, you’ll see a lot of bad prophecies. We once predicted that releasing glorified zines every whenever-we-chose would be a good business move. Wrong. We even predicted that skateboarding would one day be as respected as basketball or football. Wrong.

One of our blunders was when we expected Alex Olson’s new company to be a long-lasting success. Jenkem was right for a little bit, at least. 917 was killing it with the best team of upstart new kids and two of the best videos in recent memory. Then Alex Olson got antsy and started shedding his team and even donating a few key players to Jason Dill. 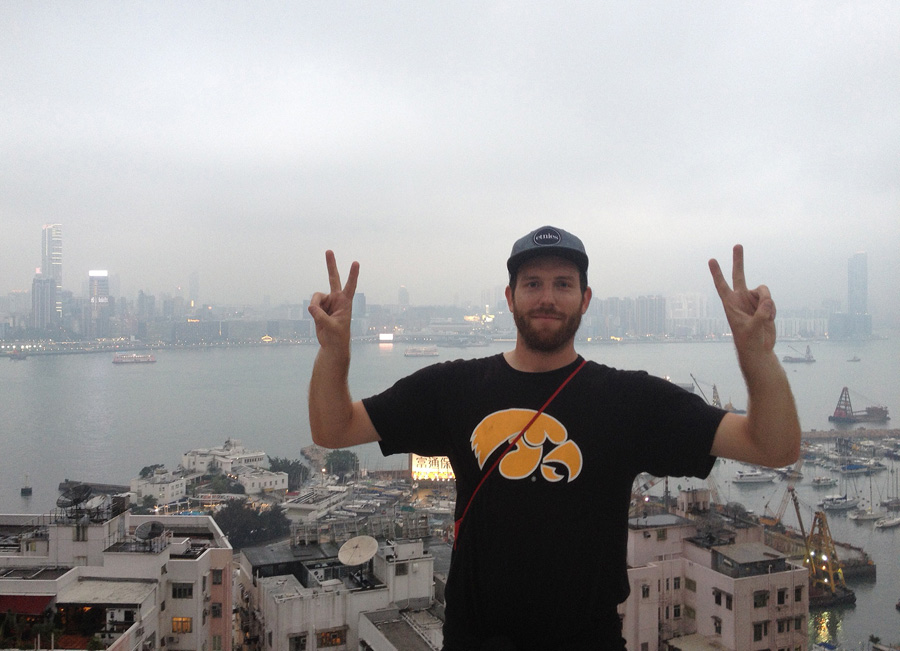 AN INTERVIEW WITH SKATEBOARDING’S GAYEST PHOTOGRAPHER

In 2021, it’s difficult to contextualize the fact that it was only a few years ago that LGBTQIA+ skaters started getting representation and acceptance in skateboarding. Our interviews with Hillary Thompson in 2013 and Sam Maguire in 2014 were two of the first pieces highlighting members of the queer community in skateboarding. At that time, there were no pros that were out and there were certainly not many accepting forums for these skaters to congregate.

There is obviously still much more work to be done, but it is great to think that so much progress has already been made. There are brands that proudly promote their skaters’ sexualities and gender identities, like There and Glue, and most major cities are holding meetups for queer skaters where they can meet other skaters in their own backyards. Taking into account that this was only seven years ago, it’s good to look towards the future and think about how the skateboarding landscape will look in another few years.

Hanging Out With Mark Suciu

In all of his video parts, he comes across as a vanilla liberal arts kid who is running late to snap along at a slam-poetry event. This video shows you that that is mostly true. At least you don’t have to guess anymore.

Suciu is the first skater to really look at skating through the eyes of an artist. This has brought us masterpieces like Verso and Flora III, but it has also led to all of Suciu’s quirks, like his disdain for the back 5-0 to back 180 out, and the sentence “Give us your riddle. It’ll be a physical riddle, in the form of a skateboard trick.”

What started out as an expensive way to clown on Hypebeasts turned into one of the site’s most popular videos. The video is currently sitting at around half a million. Go check it out, we need more views and Ian’s Magic the Gathering card collection isn’t going to pay for itself.

It got taken down from YouTube for a little bit, and apparently had over a million before it got removed, but we hacked the algorithm and got it back up. Unfortunately, we didn’t have that much luck on TikTok. After just a few thousand views it got taken down for promoting “activities that could lead to harm.” There’s no joke to make about this. The joke is on us. Why would we decide to be active on TikTok?