SOME PHOTOS FROM TAMPA PRO 2021 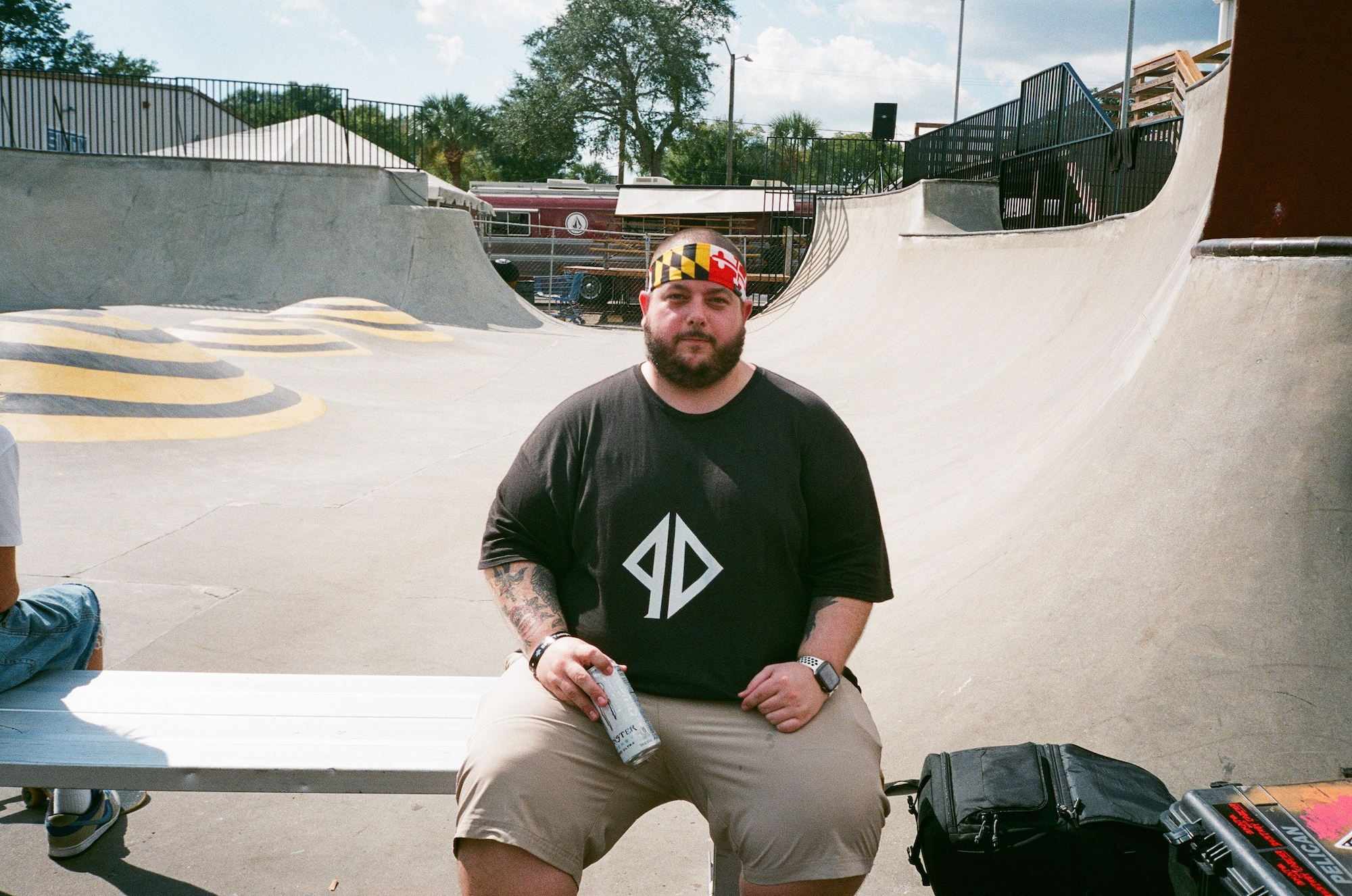 Back in the saddle again. This was our 10th Tampa Pro, and if Tampa’s known for anything, it’s professionalism. Pro skaters, pro partygoers, pro strippers, and pro lurkers who make unique life choices. Being at a skate event this big and historic can feel like a magical trip away from the real world. No matter how many times you go, you feel little-kid joy in seeing homemade Piss Drunx shirts and realizing that in this special place, there’s no barrier between you and all the pros drinking at the bar, pissing in the alley, and taking over the old brick streets. Tampa Pro is one place where skateboarders can live and party as one. 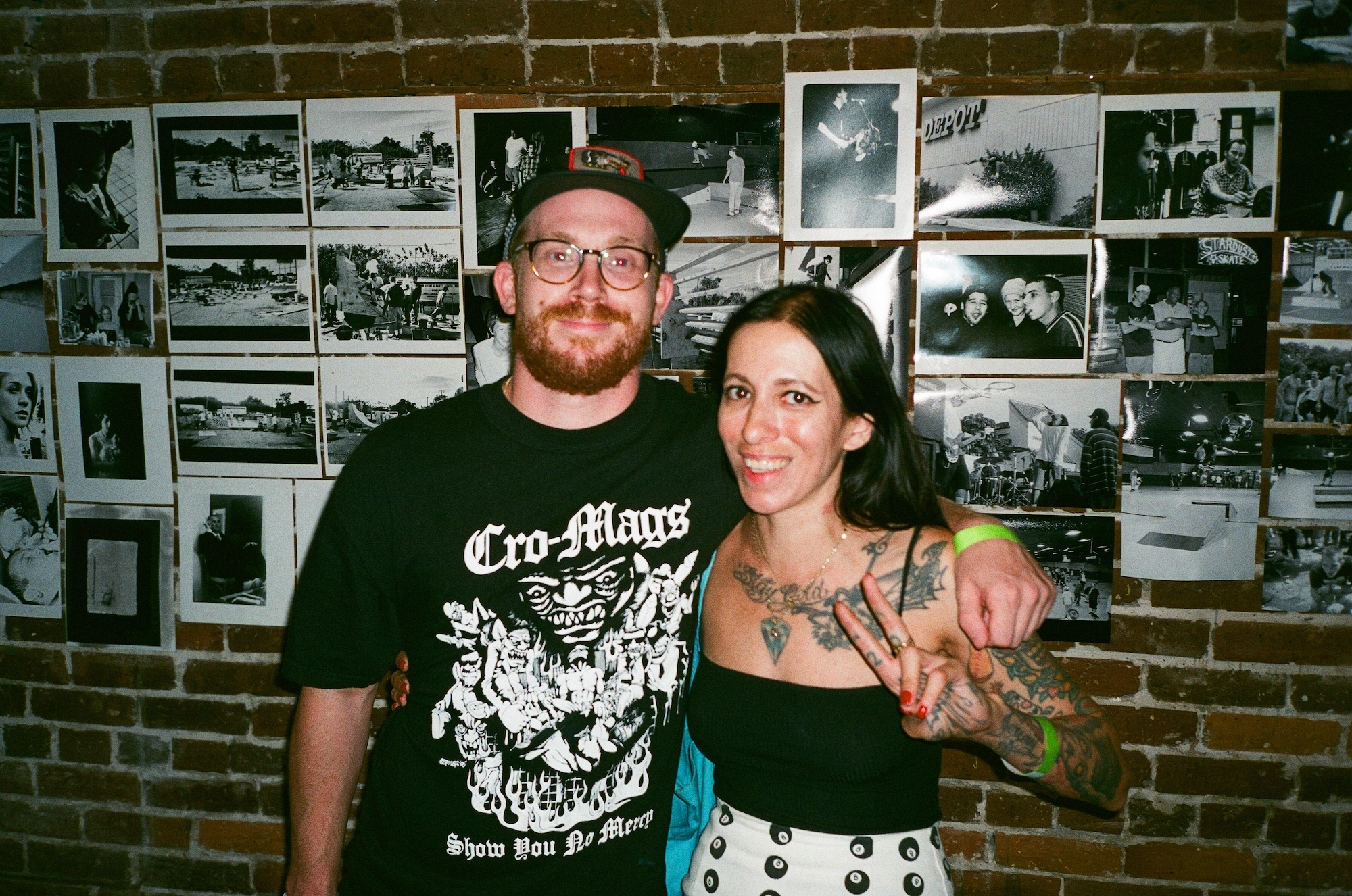 Meet the good homie and homieette: Semmes aka “@Hugepimp” and Maria aka Skeletor. Last time we saw Semmes we were at an AirBnB in ATL and everyone was on their 3rd day of bad behavior with little to no sleep. Only recently did I find out that he got sober and instead of drinking alcohol he’s addicted to Mountain Dew. Can’t win ’em all I guess. 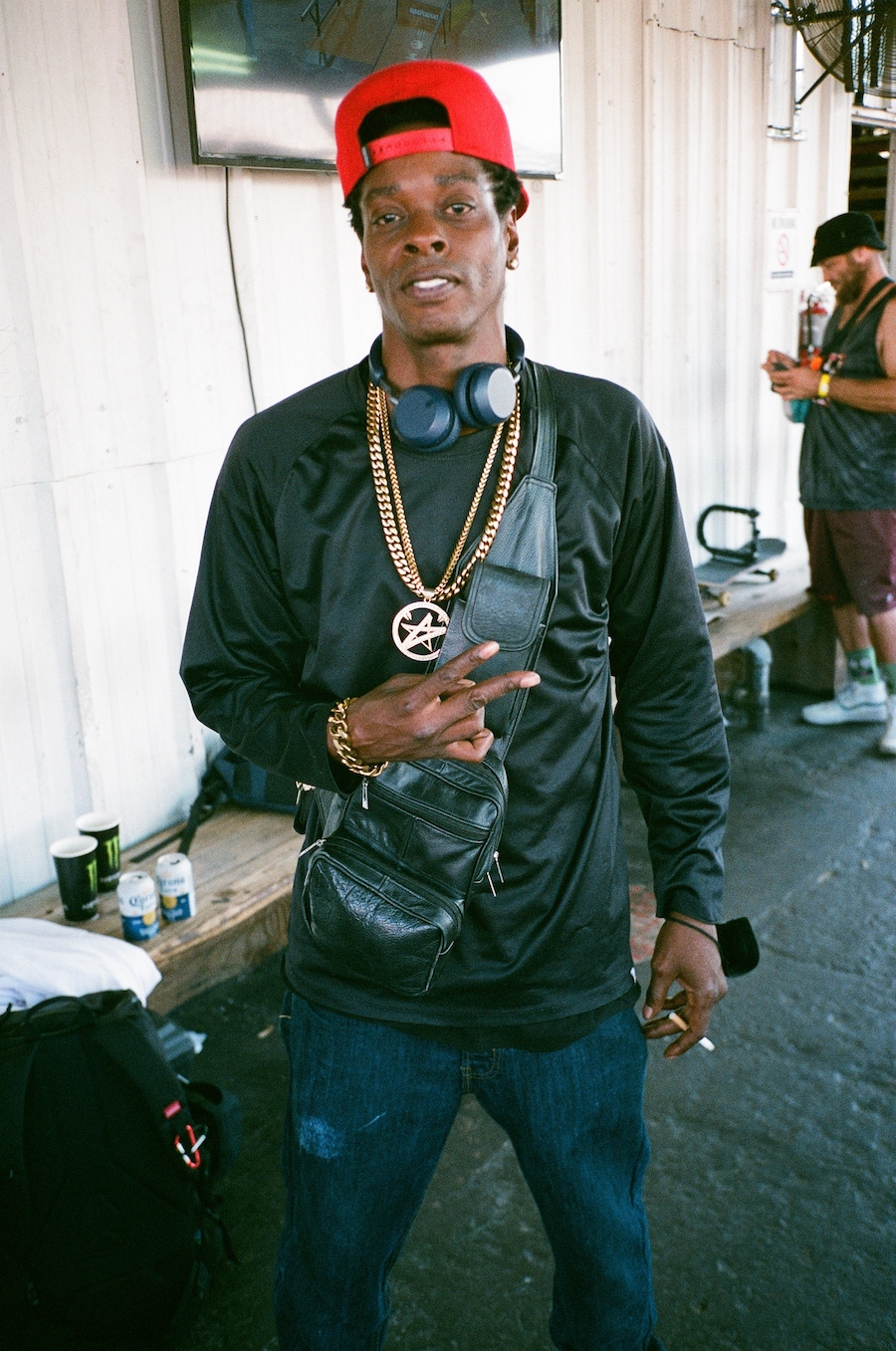 Fun fact: Kareem‘s son goes to the same small NY upstate college [New Paltz] where Jenkem was conceived. Doesn’t really mean much in the grand scheme of things, but any connection to Kareem is worth bragging about. 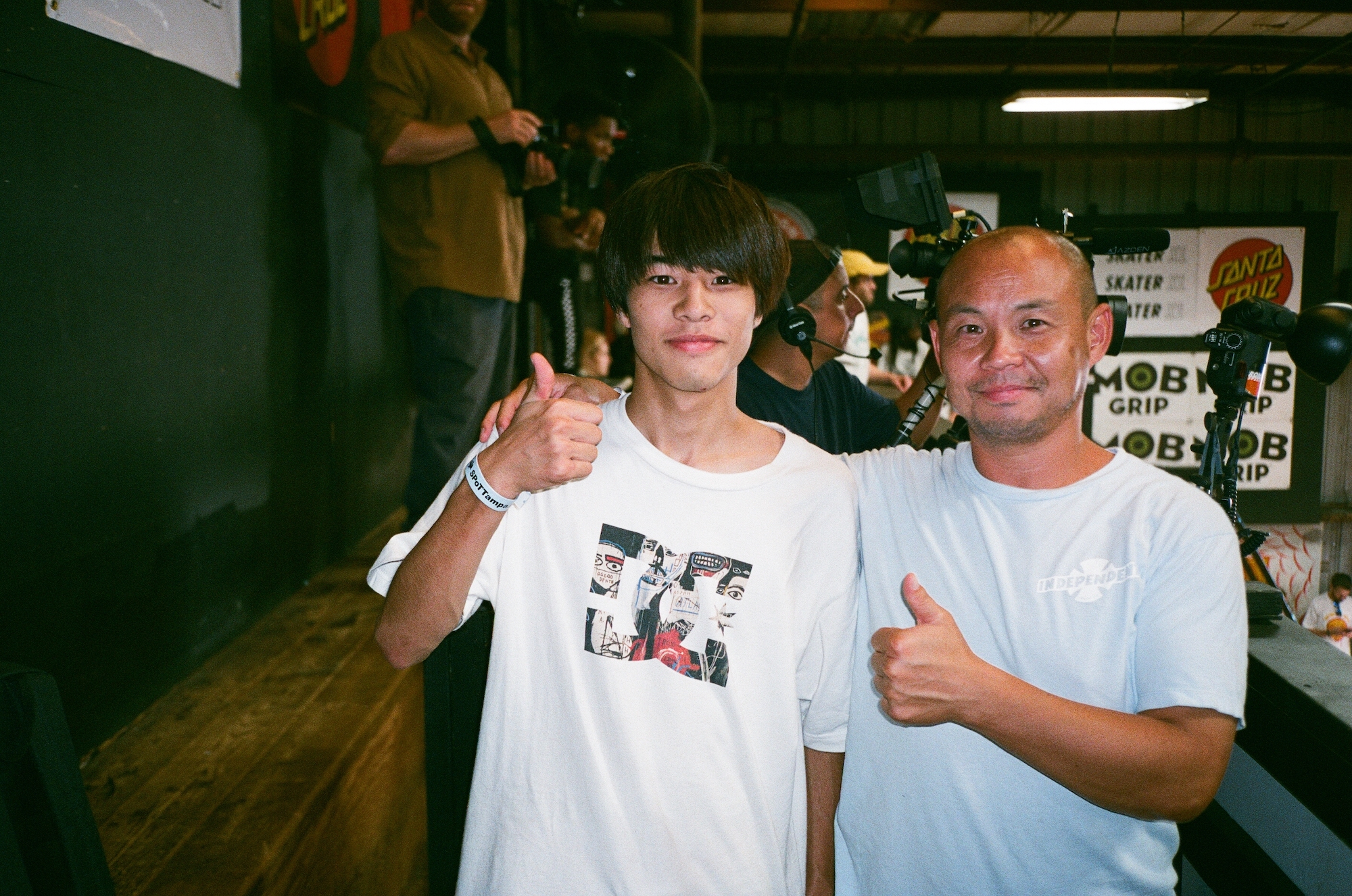 At some point during the weekend, it was clear that Kairi Netsuke (left) was the crowd favorite and underdog of the event. He had a crazy run in the semi finals but couldn’t pull it off in the finals, which is why he didn’t place higher. Regardless the crowd was taken by his unpredictable tricks and dialed in but stylish ways. Here he is getting an oil change from his mentor / coach. 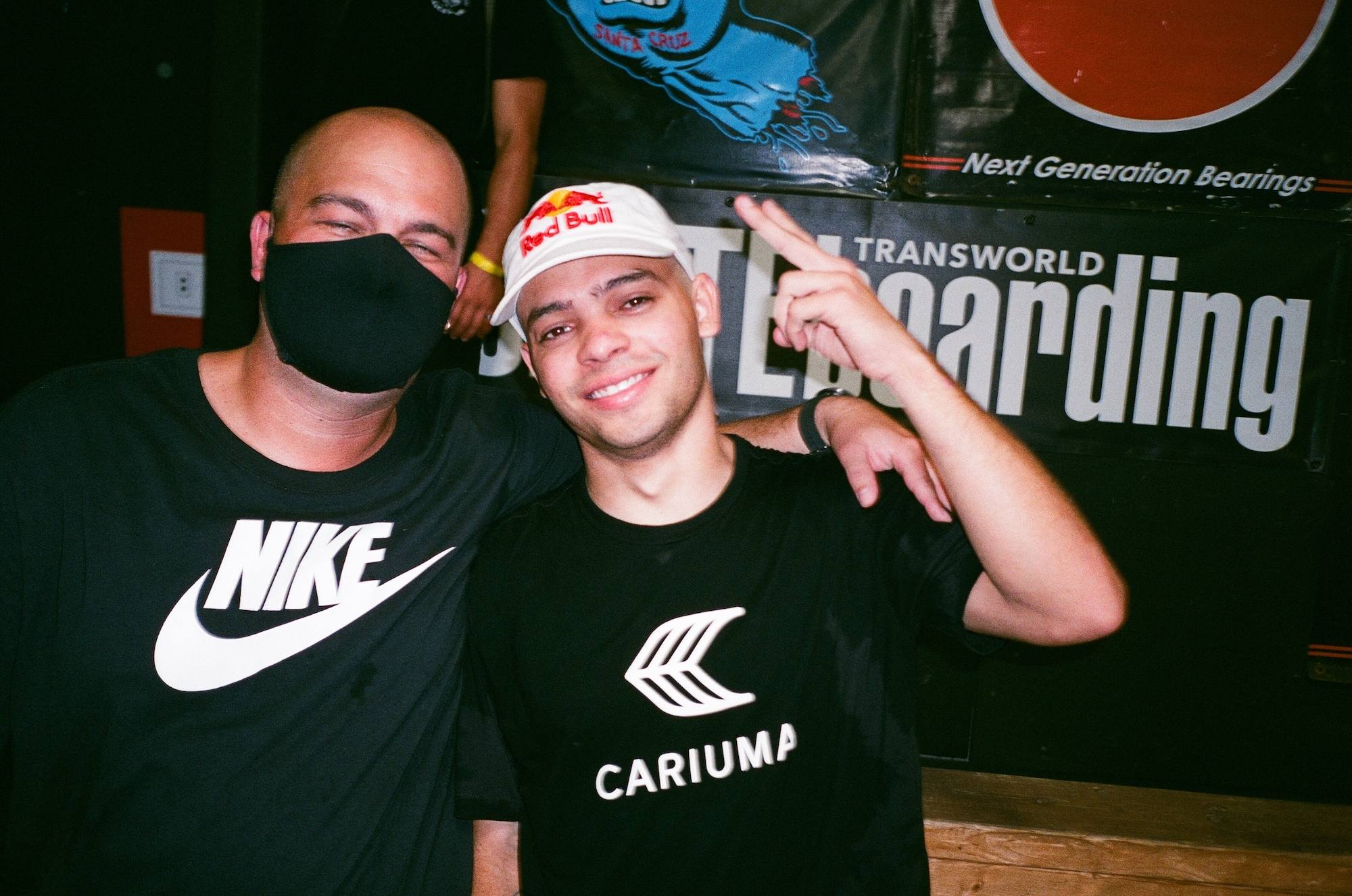 If you saw our IG coverage you probably saw the clip of Steve Berra getting really mad at a random group of kids for holding up a photoshopped sign of Jagger Eaton playing with his nipples. The sign was pretty dumb, but Berra got triggered when he could have just moved on. Obviously, Berra is known to overreact, but all the jabs Cariuma was getting throughout the weekend pushed him to the edge. But that’s what you get with a quality footwear brand like Cariuma.* 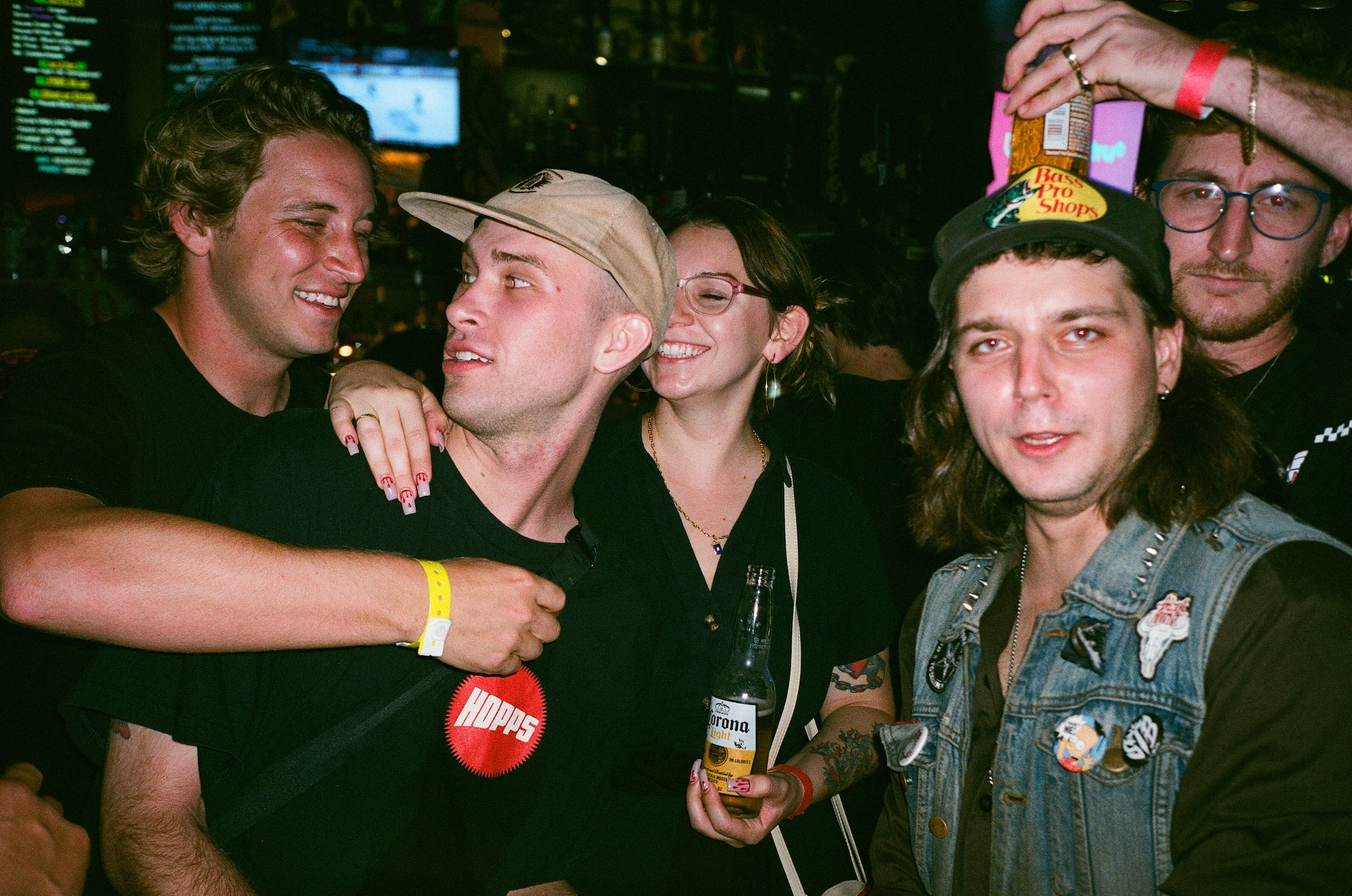 It doesn’t matter if it’s your first, your tenth, or your twenty-seventh Tampa Pro, nobody will “cool guy” you at these charmingly grimy bars. As long as you can hold your booze and don’t try to hook up with someone else’s partner, you can pretty much be friends with anyone in a two-foot radius. Some people even let you put a beer on their tab if you promise to ask any question besides, “Contest was pretty sick, huh?” 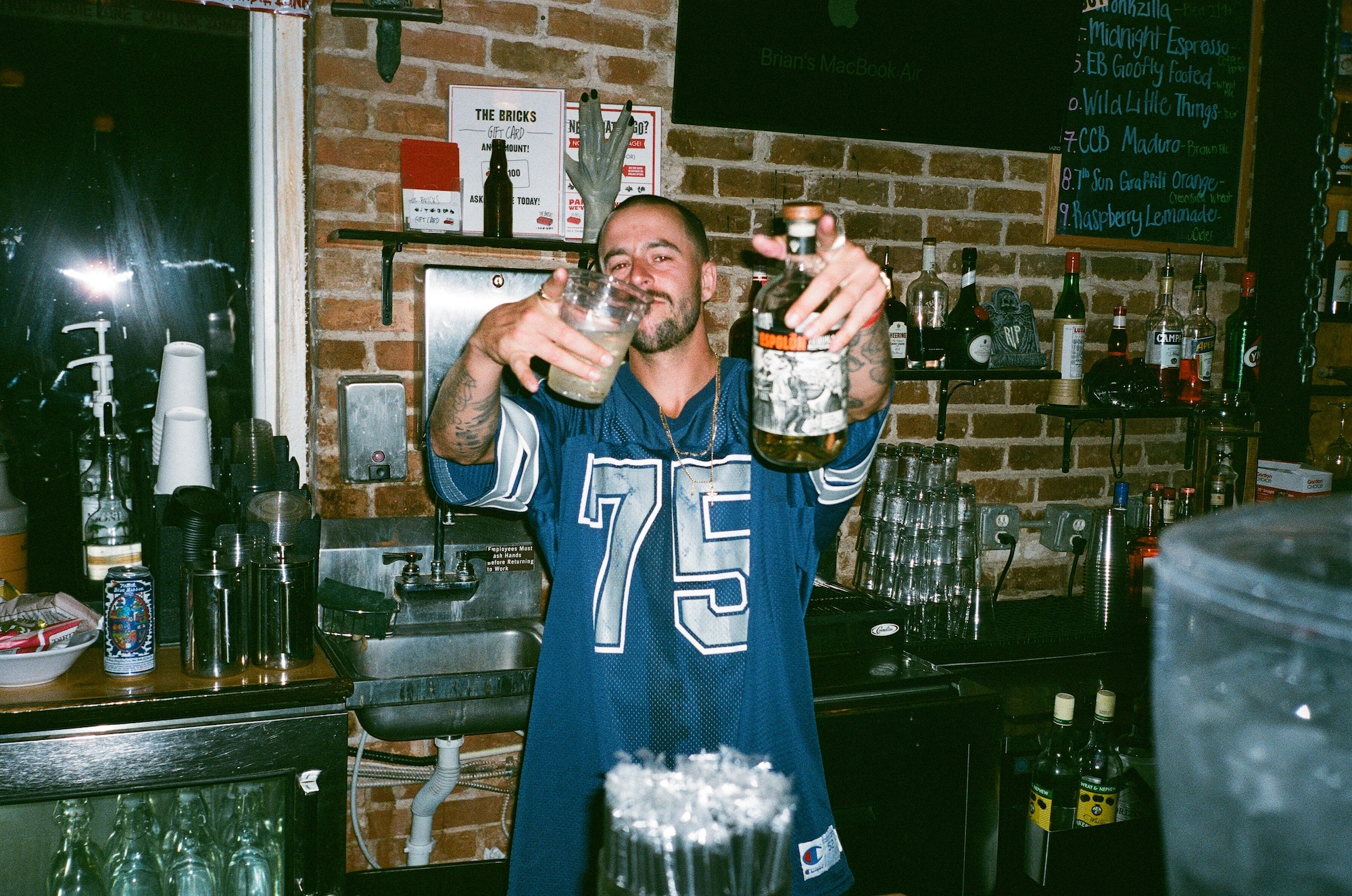 TJ Rogers was somebody we didn’t know much about but he won over the whole crew over the weekend. His clothes were comically XXXL baggy, he made sure to get 10/10 drunk on Espolon, and at 5 am at McDonald’s he was exceedingly cordial. Real professional, this guy. 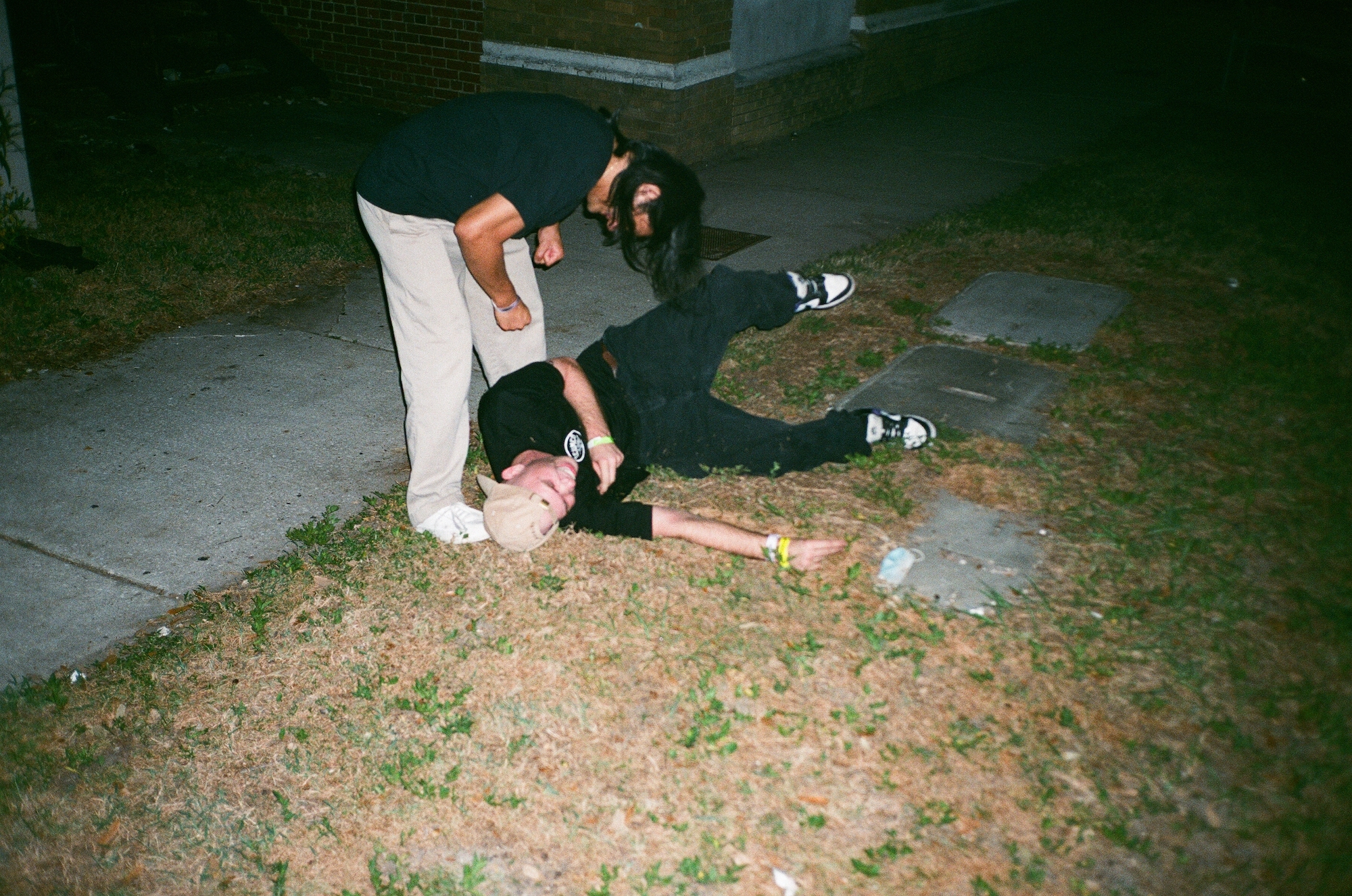 You don’t have many options once the bars close. You can either hit the strip club like a sad degenerate, eat McDonald’s till you’re sick, or throw hands with your homies on the sidewalk to get your drunk out. On night one Alexis chose the third option. 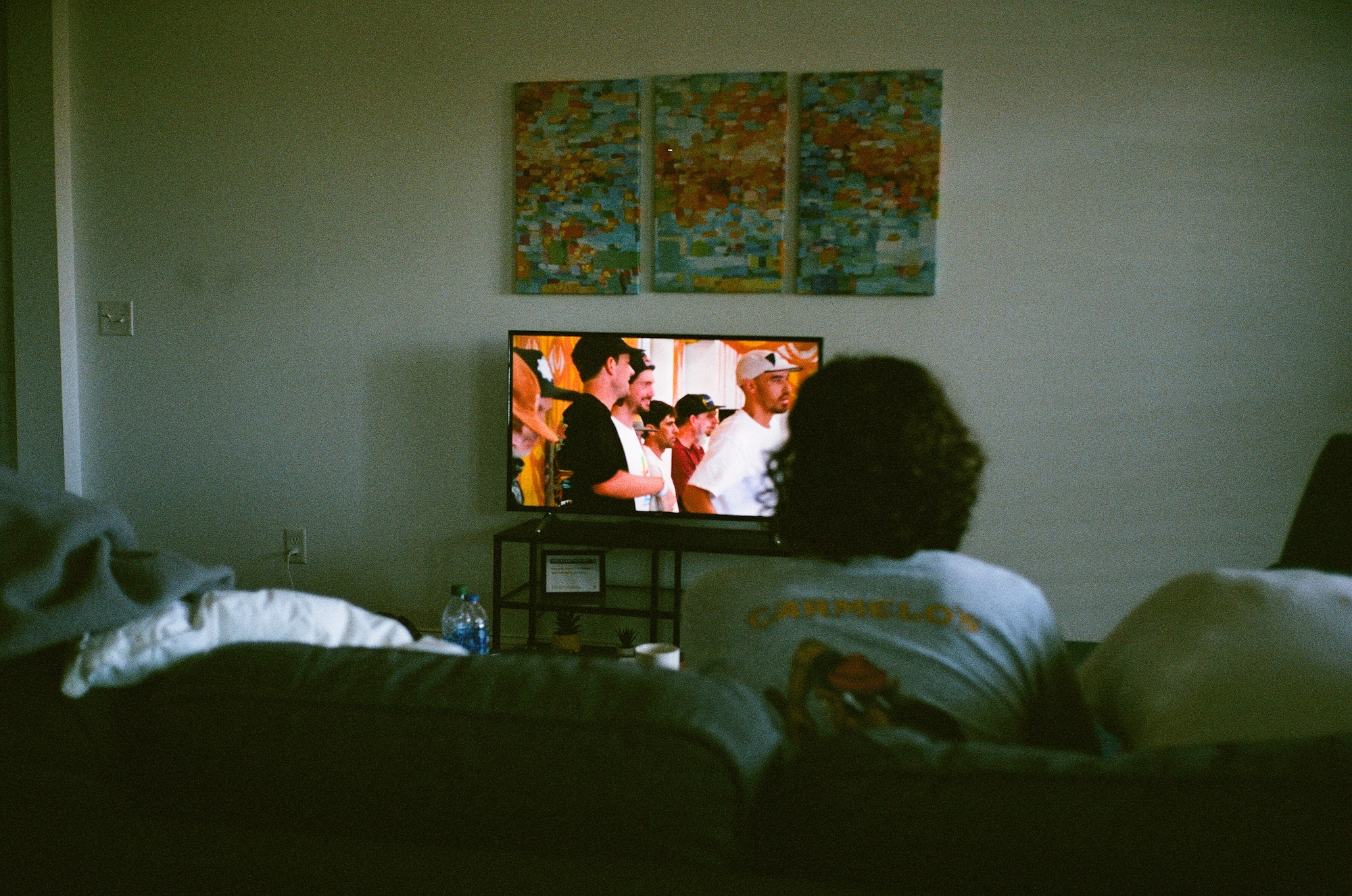 By day 3 we were so dead we watched 50% of the contest at home with Hot Pockets. Everyone knows the best thing about traveling is eating shitty-ass food guilt-free. 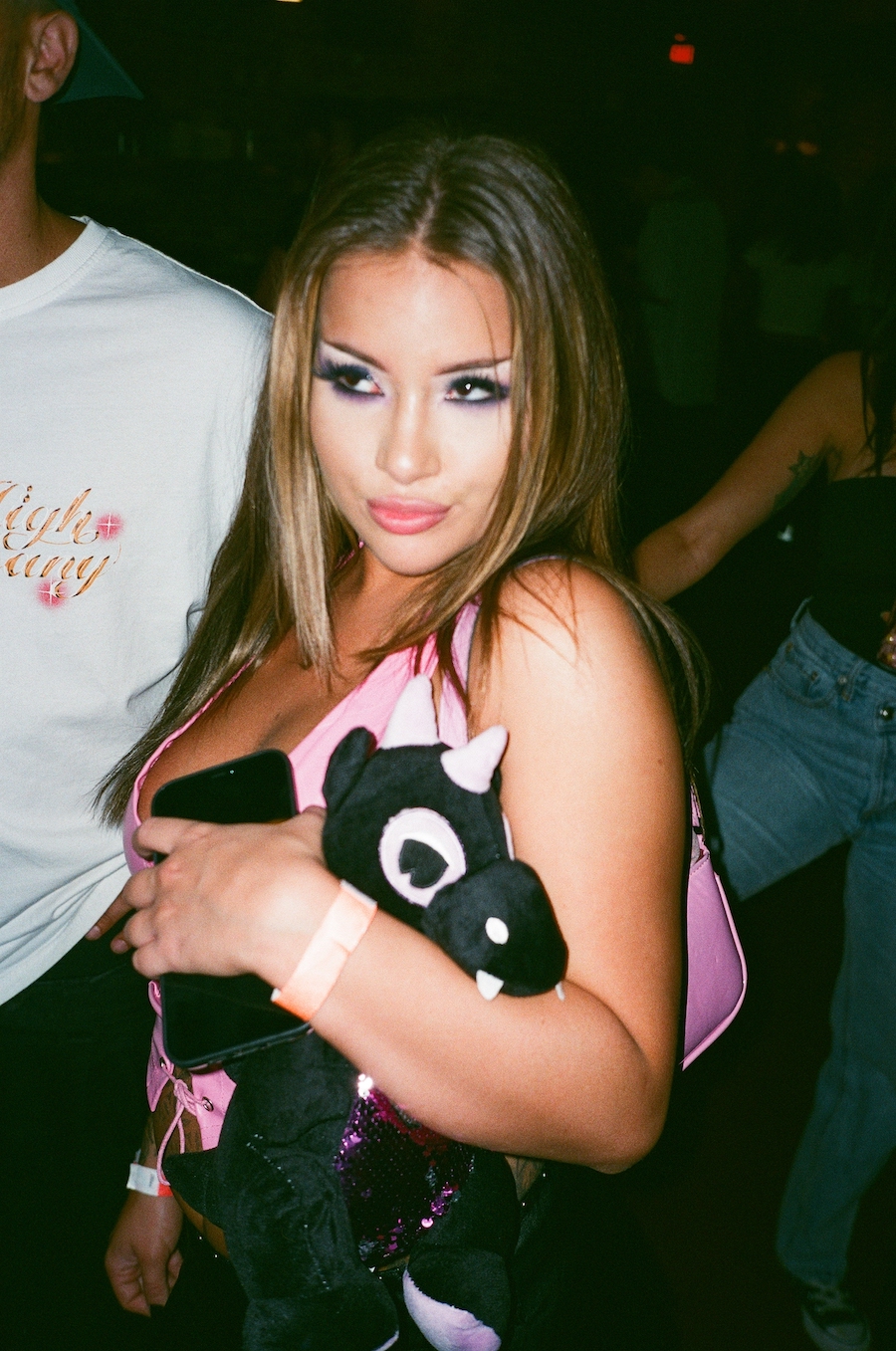 Cellphones are getting way too big. Look at that shit. That’s a double-D phone! 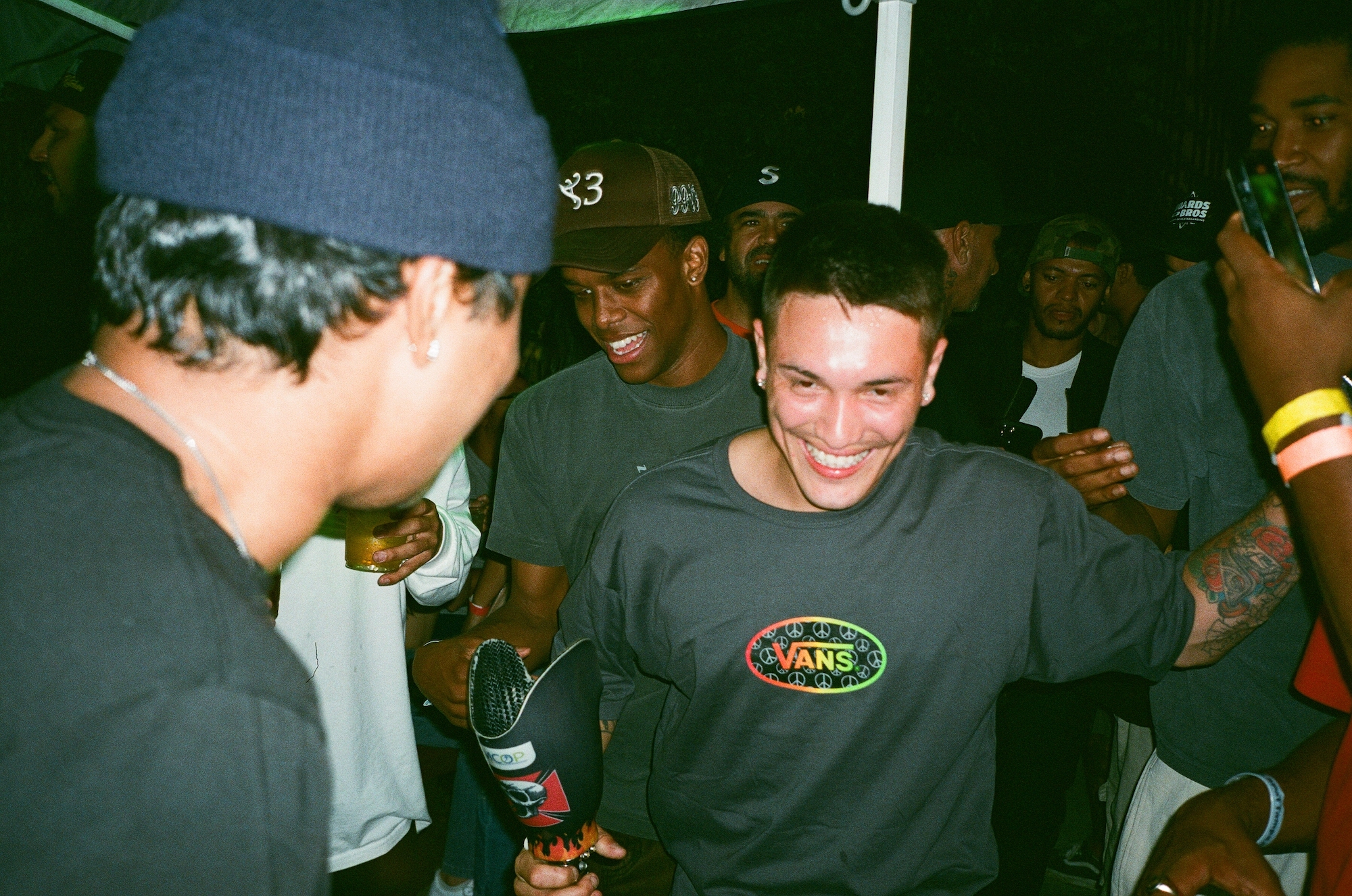 At night Felipe Nunes got a little twisted and started handing out his leg for people to use as a beer bong / goblet. Mr. Gustavo was one of the brave men to chug a full beer out of that sweaty prosthetic. I guess if your gonna get Covid at least get it in style! 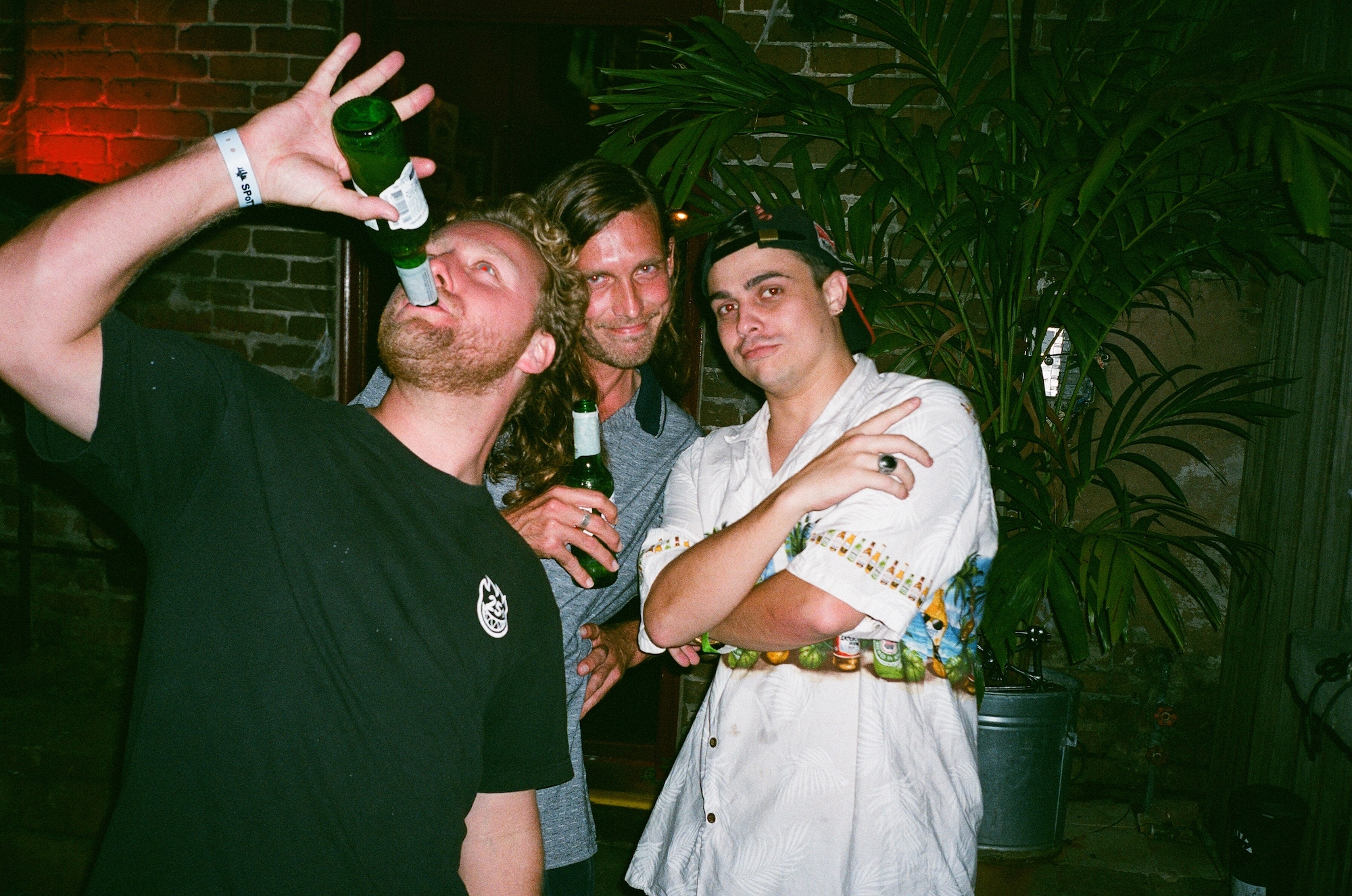 These guys kept all the events running smoothly, so on the last night they deserved to let loose with some refreshing alcoholic beer drinks. This is the last they were all seen alive. 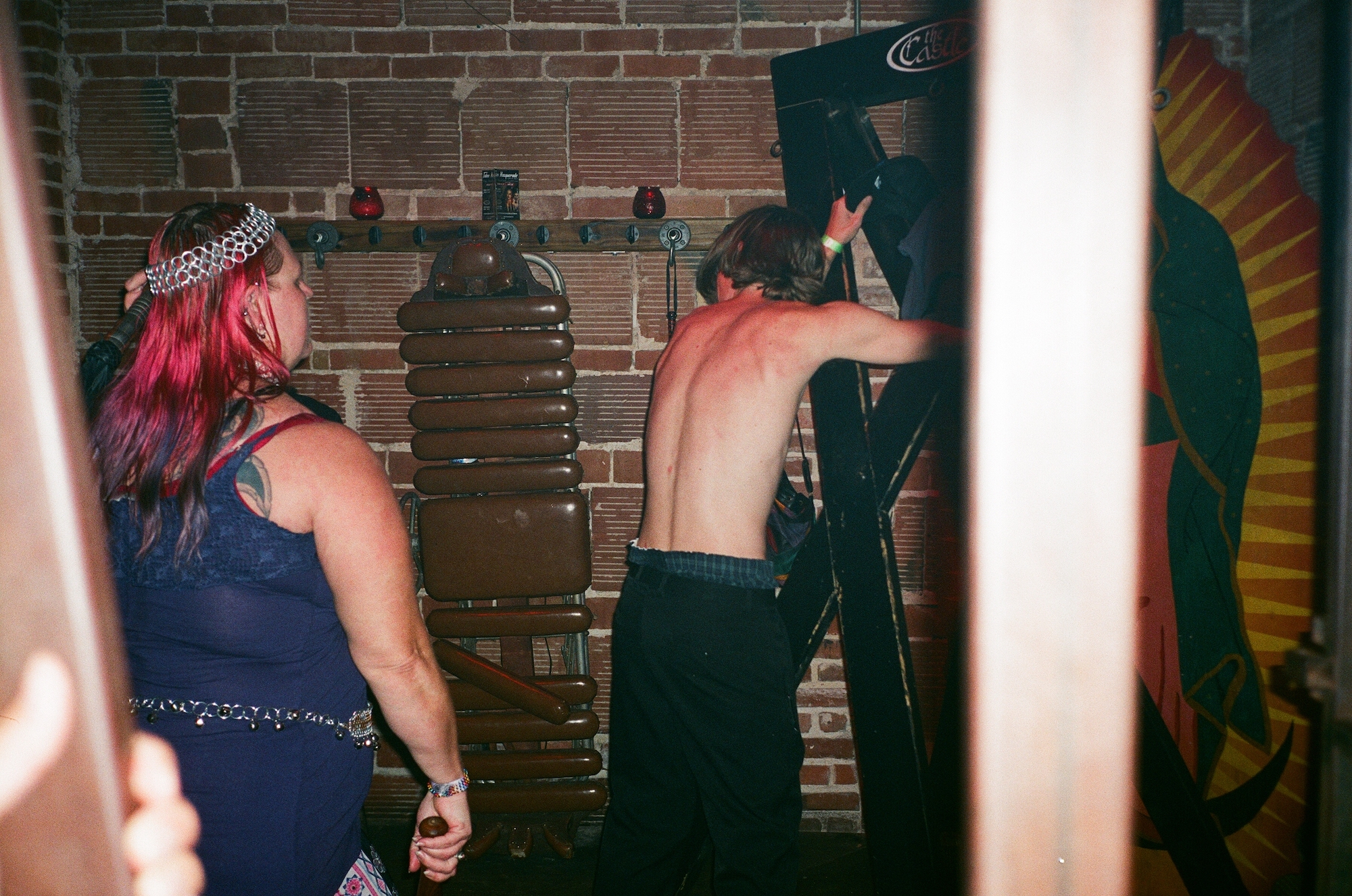 What really fascinated me all weekend was trying to figure out how the woman administering the whippings at the Castle got this gig. She would start off slow and light, but as the music sped up she started to pound on this scrawny dude’s back to the beat. Get paid to whip people in public for 4 hours? Sign me up! 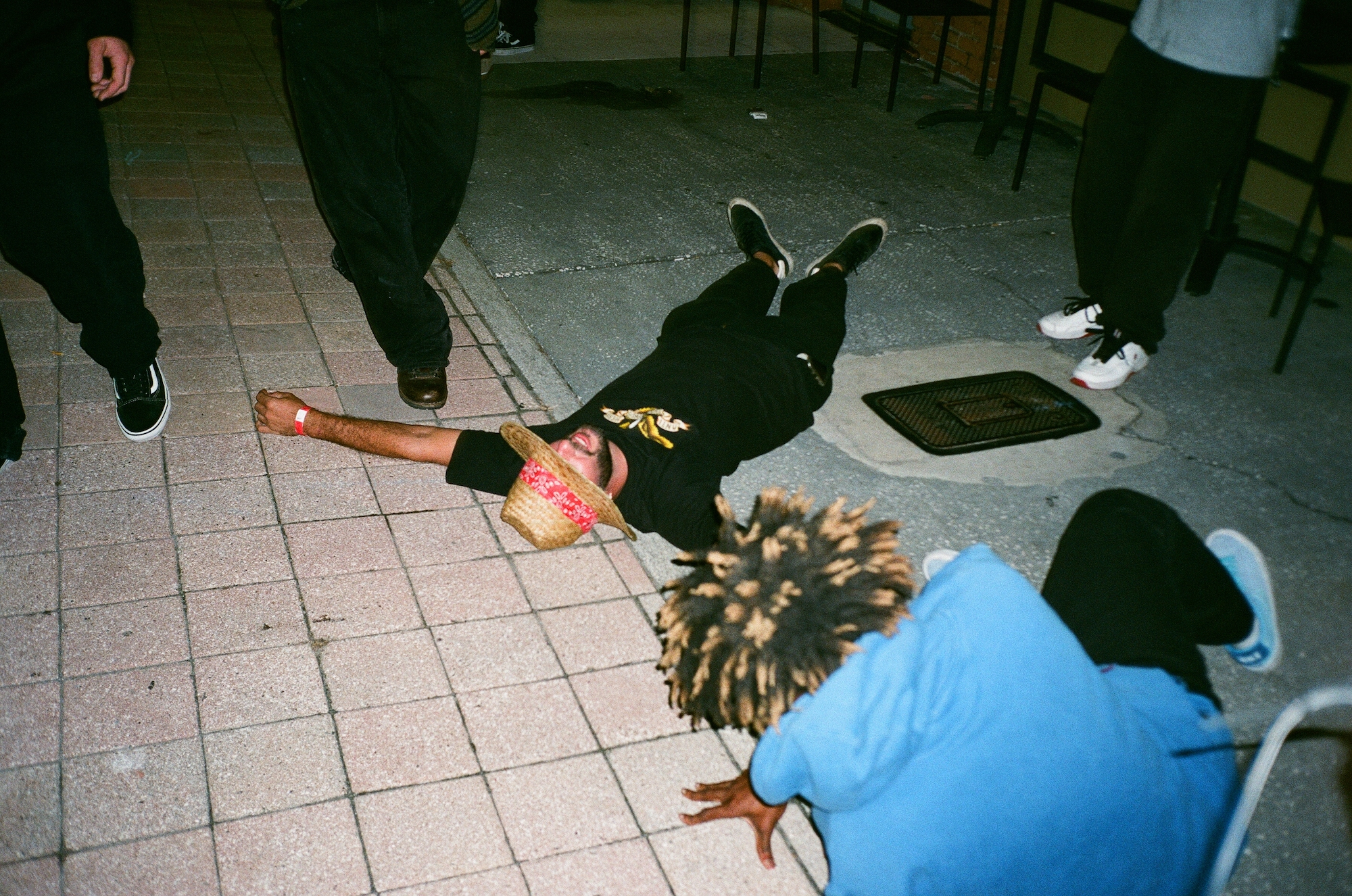 This is freedom. Laid out, middle of the street, voice busted from spending three straight nights at bars with indoor smoking and wearing your favorite caballero hat. It’s no wonder when Europeans first landed on Florida in the 1400s they looked around and said, “Gah damn, this bussin’.” 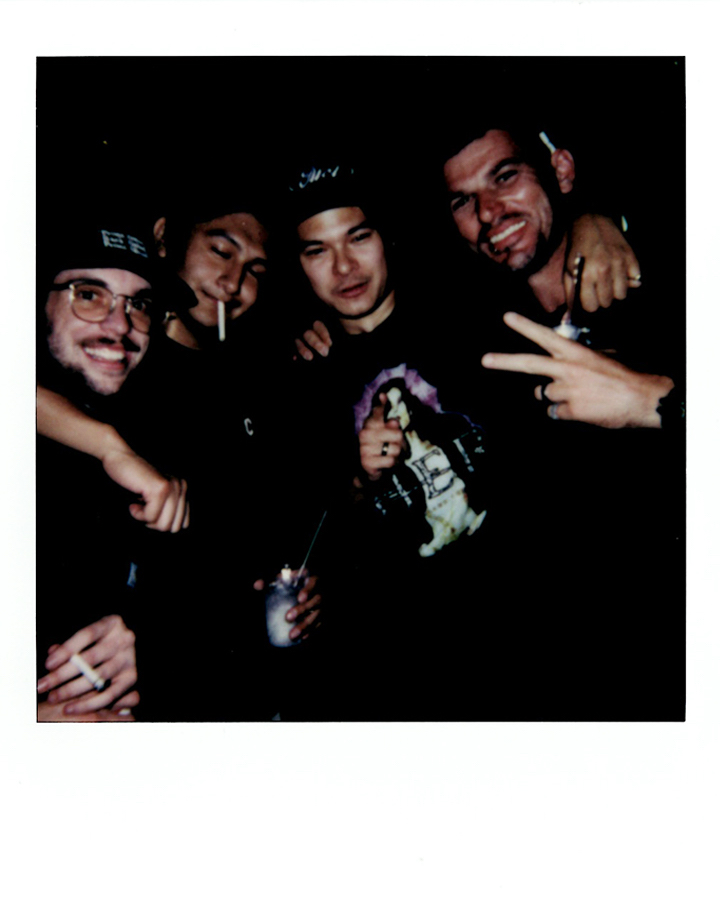 SEE YA NEXT YEAR!

Lazy photos by: Ian Michna
Scanned Polaroid photo thanks to: Maria Antouanneta Koulioufas
Captions by: Jenkem Staff
Share this with a Tampa Pro on Facebook
Report this us as Tampa Zeros on Instagram and Twitter