In the early ’90s, skaters were leaving parks behind and actually exploring their cities. The explosion of street skating was so hot that even Tony Hawk bailed on vert to take a stab at it.

Although this era of skating was progressive, there wasn’t much documentation of it due to the cost and availability of video cameras. Skate videographer Joe Hiddleson was one of the few filmers on the East Coast.

Over the last couple of weeks he’s been quietly unloading some unseen snippets from his archives. His tapes cover sessions at DC’s Pulaski, New York’s Brooklyn Banks, and spots all over Philly’s Center City, featuring plenty of familiar faces. He’s even got this footage from the summer of ’92 featuring a baby-sized Bam Margera with a young Mike Maldonado and Jimmy Chung.

If you want to see baby Bam before his fame got the best of him or Fred Gall, Tim O’Connor and other favorites as they were coming up, take a couple clicks around Joe’s archives. At the very least you’ll see some fresh ’90s fits to cosplay for your next video part. 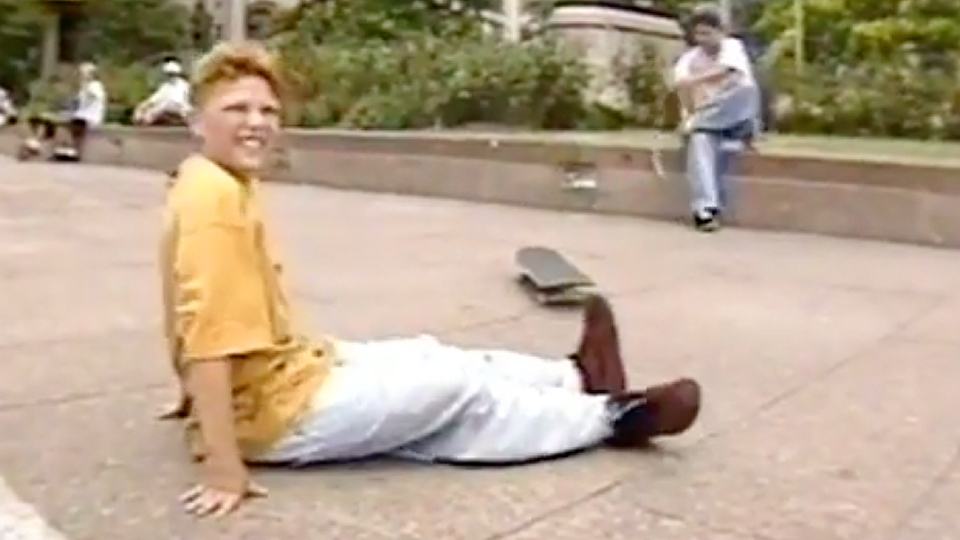