SOAP SHOES MAKE A COMEBACK IN “STAINED” A NEW INDIE VID OUT OF ST. LOUIS

If you were around in the early 2000s, you might remember the goofy contraptions known as Soap Shoes. They were these bulky shoes with a grind plate in the arch that allowed you to turn any ledge or rail into a spot and slide away as your heart desired.

For obvious reasons, these things never caught on, but Brandon Yuenger picked up a secondhand pair and injected some new life into the dead trend with this full Soap part filmed around St. Louis. It lives right in the middle of his full-length skate project, Stained, which you can check out here.

Some of these tricks and rails are downright impressive, despite how hideous and hilarious the Soap shoes are. We talked to Brandon to figure out why the hell he decided to push Soaping to these new heights, all while filming and editing a full-length video.

Where did you find Soap shoes in 2021?
I found them at a thrift store in Belleville, Illinois. I thought they were some crazy hiking shoes but saw the grind plate and was so overjoyed [laughs]. I felt like I found gold. I ran up to my friend Max freaking out pretty much. But they’re actually not even Soap shoes, Solomon made their own in the early 2000s and that’s what I found. And the Solomon ones have this funny innovative vertical grind plate so you can also do needle grinds. I haven’t landed one of those.

On a scale of 1-10 how bad do they smell?
Let me go smell them real quick…

Not bad at all actually! Smells like old foam. I’ll give them a rating of 2.

Have you gotten sacked on a handrail?
Technically yes, but it was no real sack. My nuts have yet to get hurt in the process but I’ve gotten bodied a couple of times. If you jump full commitment on a rail and land on the rubber parts of your shoes, you just get tossed to the bottom and have to land hard on your feet or butt [laughs]. There’s no good shock support like skating so it just hurts most of the time even when you land, especially if it’s a tall scary rail. 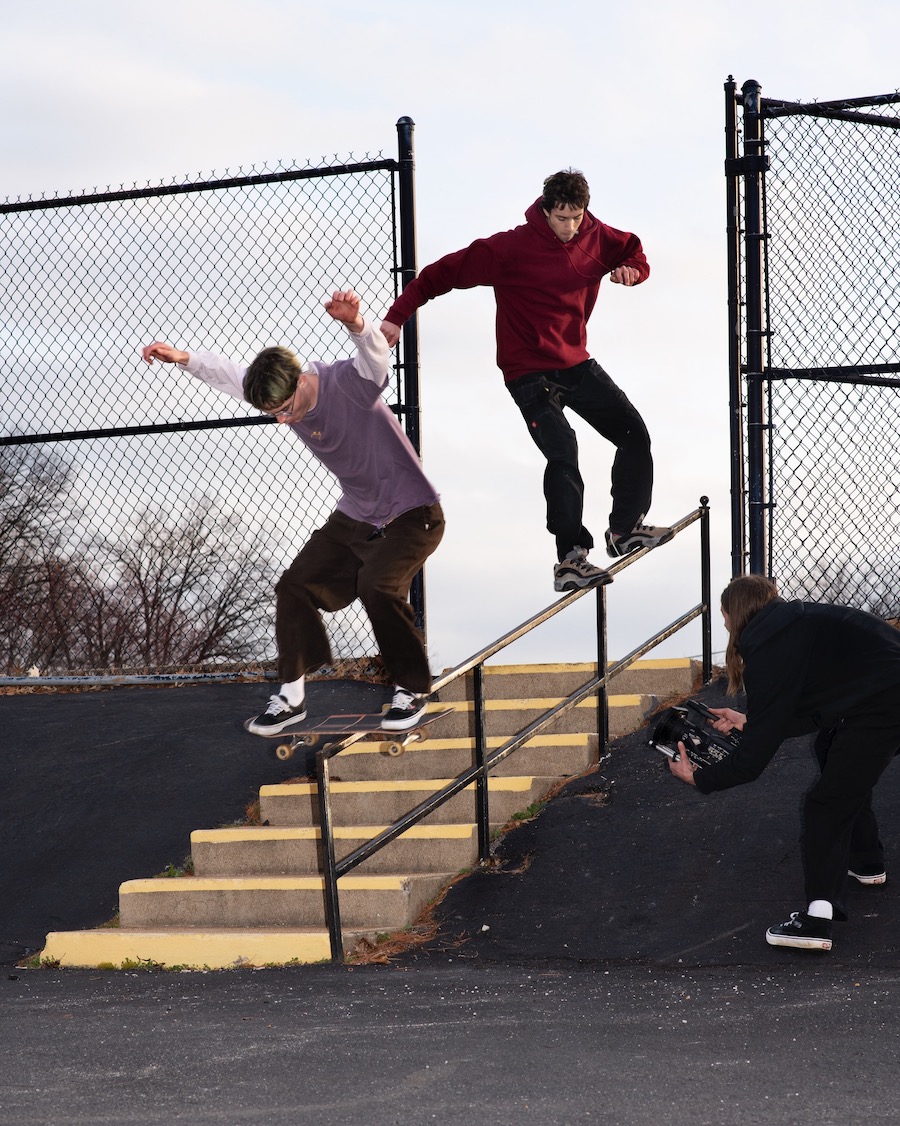 Were there any rails that were too big to step to?
Yeah, I think there were like one or two I passed on. I can’t soap backside, so if it’s backside for me I’m passing. But most of the rails I peeped I knew I could probably do and fortunately landed, but my “ender rail” was the biggest one I’ve ever done and I would not do that again. Shit is freaky jumping at rails! I’m not a rail skater of any form.

What’s the secret to hitting a handrail with Soaps?
I like to stand parallel to the rail and almost do a gallop jump step move to get comfortable jumping on and sliding down. Then once I’m confident I’ll clean it up and start running at it.

If you could put the Soap shoe bottoms on any pair of shoes which shoes would you pick?
Hmm, good question! I’m wearing some New Balance Trail 573 v2s right now that are my work shoes. They feel pretty comfy so I’d probably stick to these. They already have that little arch in the shoe that the soaps need too.

Wait, actually barefoot with a grind plate would be a pretty epic feeling. Cyborg soaps. 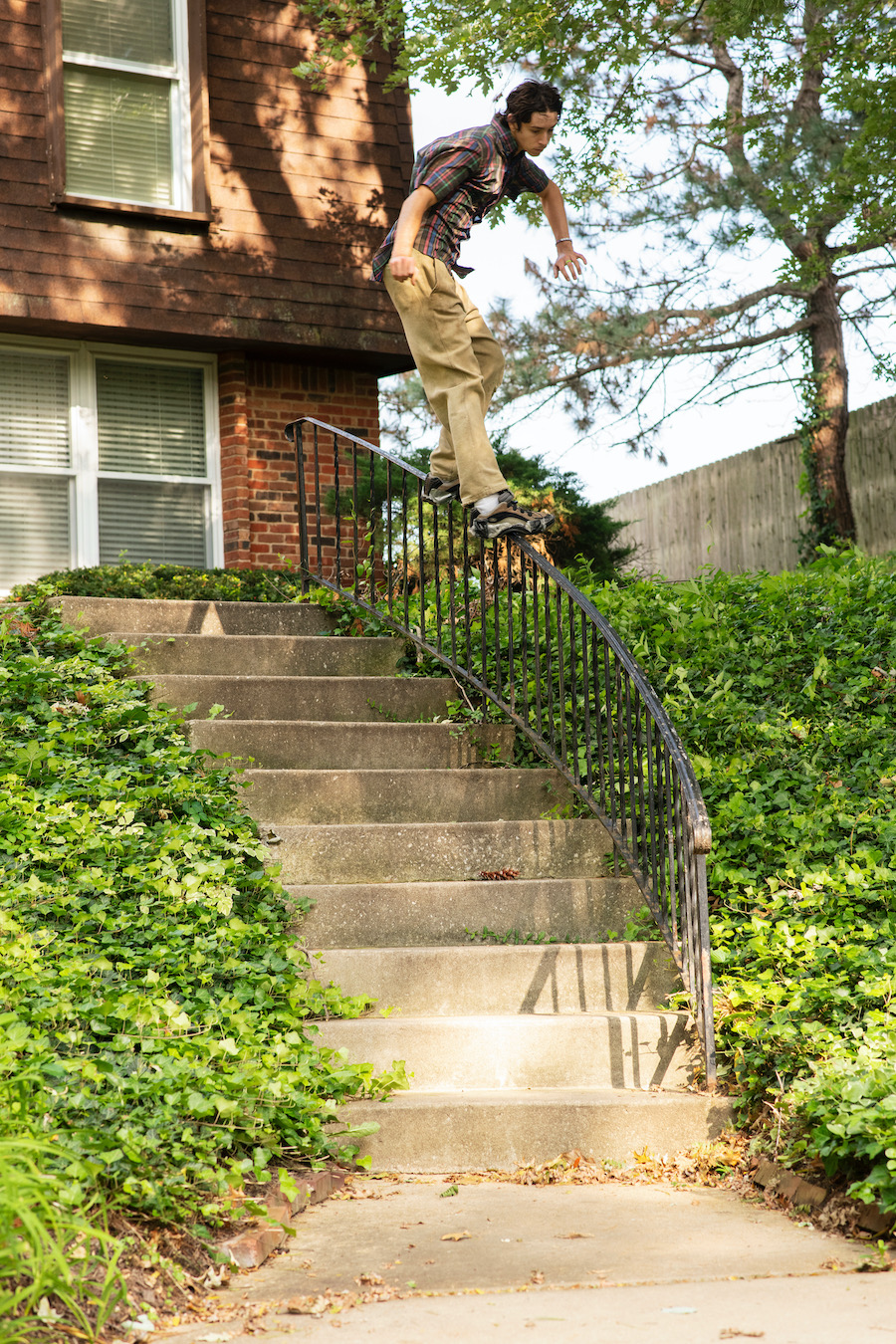 Whose idea was it to put this part in the video?
Mine. I wanted to have a gimmick part. Originally I was gonna do a power ollie part but then I found the soap shoes and knew this was it [laughs].

What’s the hardest part of Soaping, besides trying to get dates?
Well, my girlfriend loves my soap shoes. She’s in the background of a clip cheering me on! But the hardest part is keeping the shoes intact. They have been falling apart since the day I got them. The sole is made of old dried-out foam, so it just crumbles every time I take a step or jump off a rail. I’ve had to “repair” them multiple times with a method of gorilla gluing inside the soles, hot glue the exterior of the soles, then duck tape it in place, and then more hot glue.

There are people out there who are sexually attracted to D3s and socks. Do you think there are people who have a Soap shoe fetish?
I’ve never heard of the D3 fetish, but I do believe the fetish could be out there and I support it! You can hit me up on Snapchat with all sexy soap inquiries. 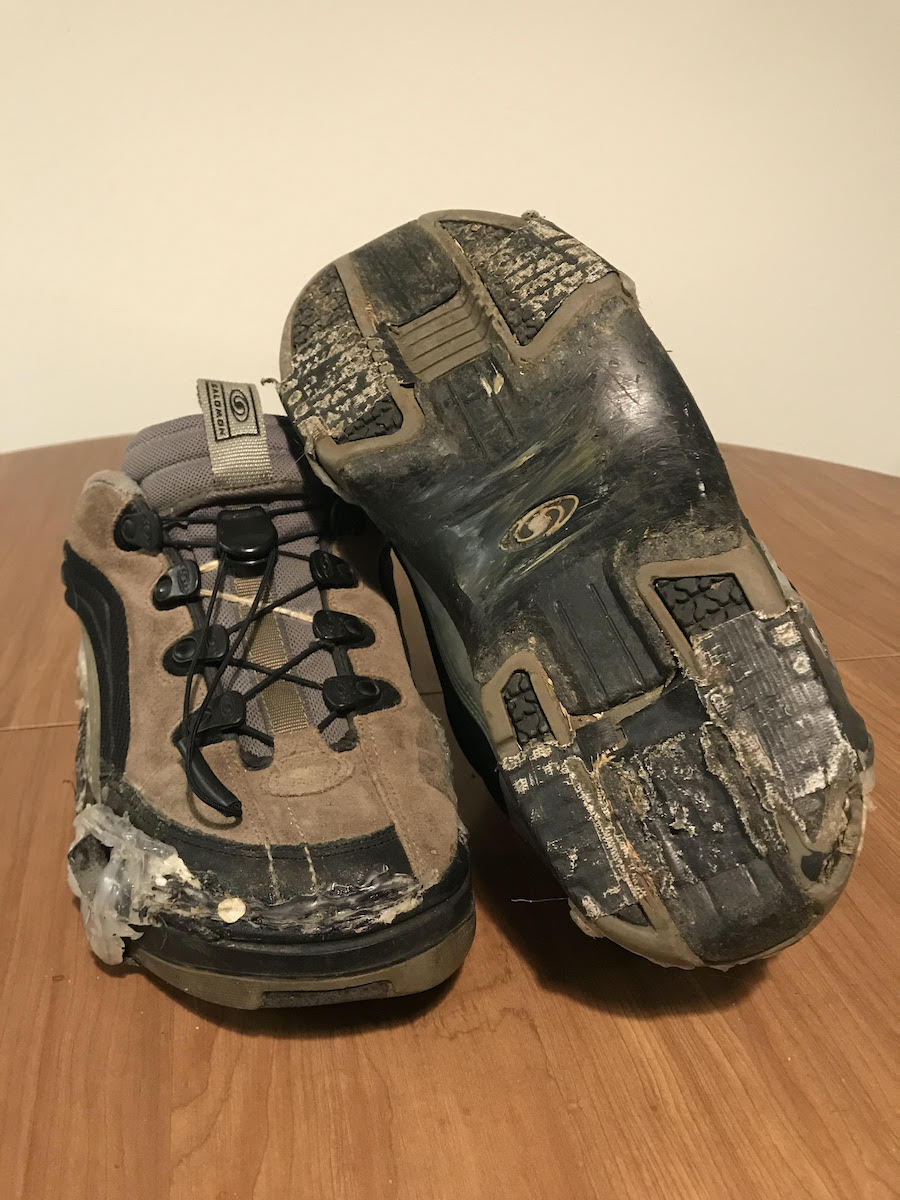 Do you think if El Toro was still open you could hit that rail? What about Hollywood High?
I’d be down to try El Toro maybe, since there’s grass on the other side. But Hollywood High is scary with the no bail into grass aspect. That’s something I made sure I had on most rails, but I live in LA now so I might just go peep Hollywood High soon for the NBD.

Why do you think Soap shoes never caught on?
Because just stomping your feet into the ground and running away from a rail looks and feels so dumb. But actually, it can feel pretty awesome too [laughs].

Do you ever film lines with the Soaps on?
[Laughs] Now I wish I did! But alas, no I didn’t. Those only came on when duty called. They are too fragile to just wear whenever. I wanted new ones for that reason, but they’re like $400 on eBay. 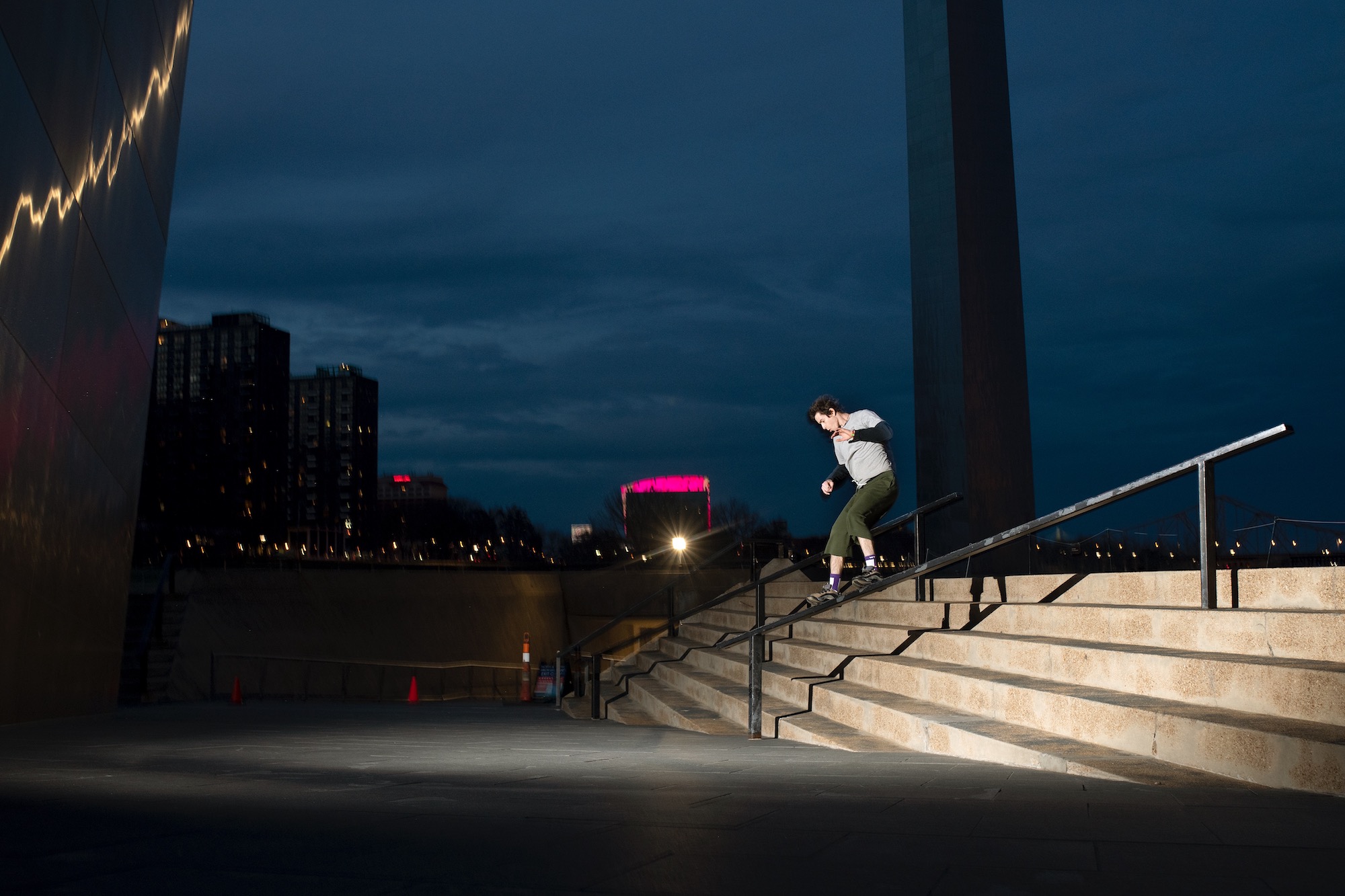 So you filmed and edited the entire video. Who filmed your Soap clips?
Thankfully, I had many lovely homies to help film my Soap tricks when it called for it. My friends Sam and Avery were the most adamant about going out with me for soap missions. I think one time Sam met up with me at like midnight in the middle of winter just so I could get a clip and Avery was once filming me try a trick in the pouring rain while he hid under a backpack with my camera.

Was anyone in the video bummed because this made it less “serious?”
Oh, heavens no. I think everyone got even more hyped for the video when they knew my Soap part was gonna be in it. Someone thought I was gonna put the part in the bonus section but then was genuinely excited when I said it was going in the final project [laughs]. My friends got my fricken back!

How was it working on the video as a whole?
It was definitely a bit stressful! This was my first legit full-length project and I wanted to make it as good as possible so it could stand with all the other amazing videos that have come out of St. Louis. I wanted to “put on for my city” as they say. But the time crunch aspect was the most stressful thing, like when our 6-month deadline hit, that time flew by. A whole month would feel like only a week had passed. My friends and I aren’t able to just skate every day all day too, so getting the most out of a week meant maybe only getting a clip or two. Plus, spots suck out in St. Louis so one trick can turn into a battle that requires coming back. Some battles we just had to leave behind due to the deadline. 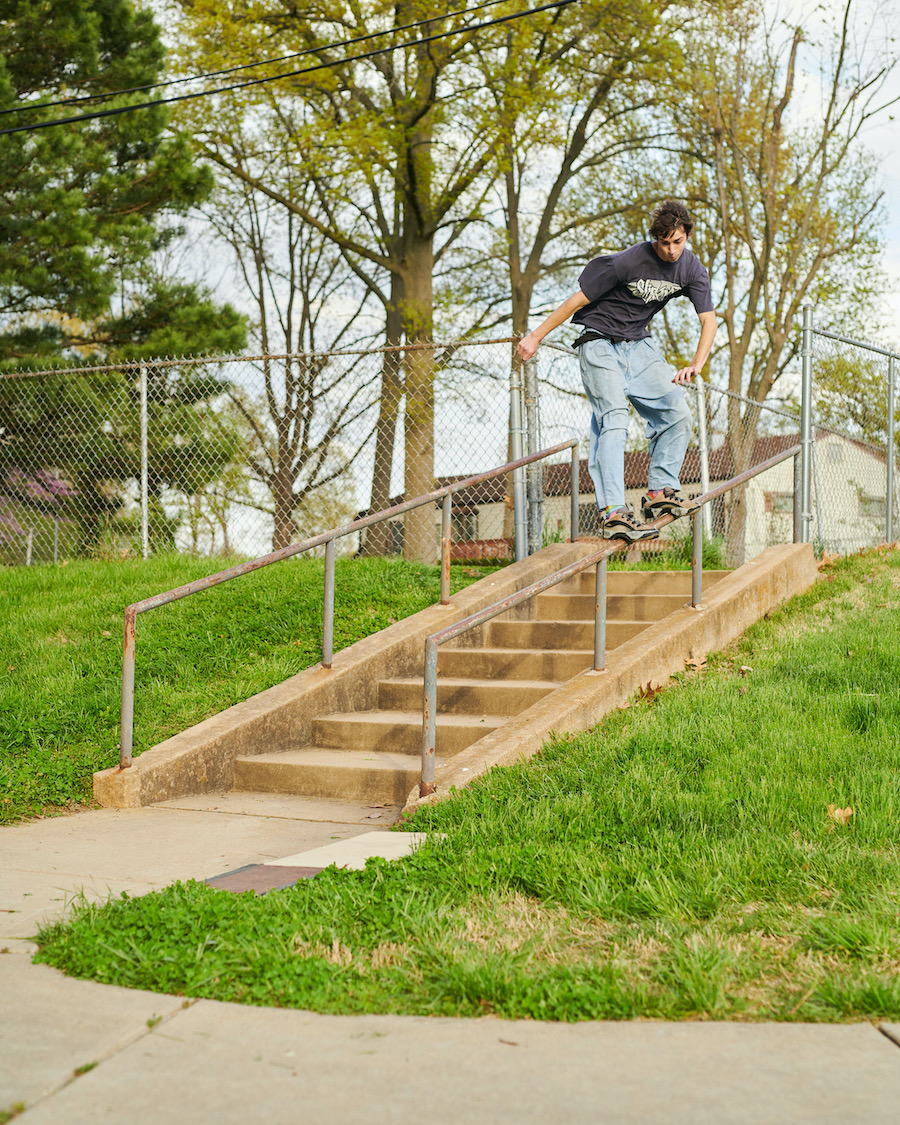 Was the Soap shoe kind of a breath of fresh air when it came to the editing?
I wouldn’t say a breath of fresh air, it was more a slight challenge, like finding a song that entertained a good vibe for a person Soap-shoeing let alone that person being me. I originally was Soaping to this crazy country fiddle song. It was funny but I needed more epic vibes [laughs].

If people only remember the video for the Soap part, how hyped would you be?
Hmm, 6/10 hyped. I’d be honored, don’t get me wrong, but there’s so much more in that vid to take into account, with the skating and the spots. But people see that shit every day now so it’s hard to remember any video at this point. So actually, yeah, if that’s what it takes I’d be very hyped.

What are you going to do when those shoes explode?
Probably mount them on the wall like a deer head trophy. Love them sons of guns.