It’s no secret that most of the popular spots in Manhattan have been blown out for a while now. But Tristan Mershon, a New York transplant from Florida, put together a video over the last year that shows off fresh NYC faces and underutilized spots that haven’t been beaten to death yet.

If Tristan’s name rings a bell, it’s probably because we ran his last video, All Brakes, on the site just over a year ago. You may have also seen his name in some of our video credits since he’s been our go-to on-the-street videographer for some of our recent video segments.

Enjoy the video, and if you ever happen to see Tristan biking around Brooklyn, make sure to tail him because he’s probably on his way to some secret crusty spot. 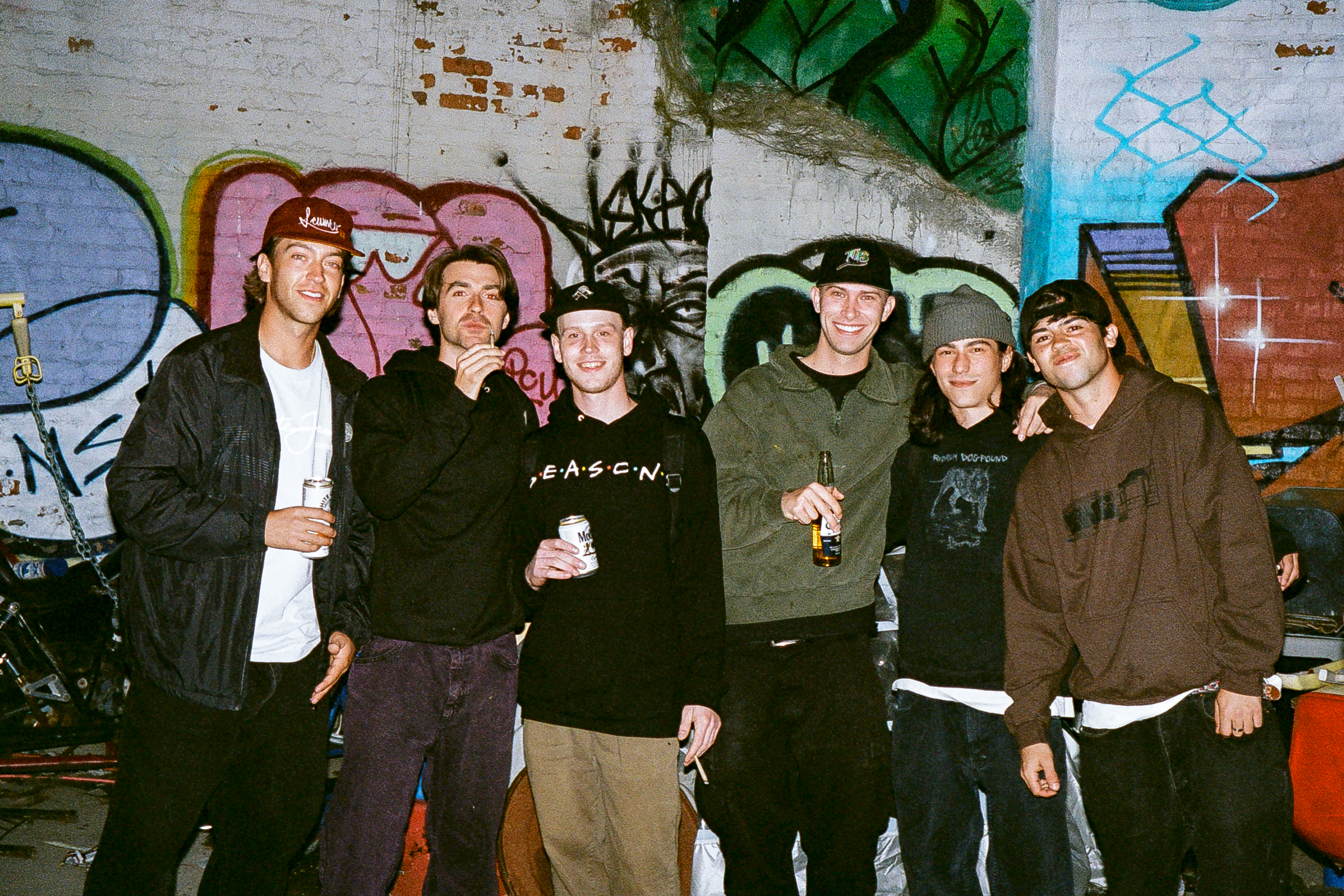 Your video has a lot of New York spots that I’ve never seen before. What’s your spot-finding method?
Lurking, really. After the last video, we were filming at all of these basketball courts and that’s cool, but we wanted to try to skate different spots for this video. I don’t think it’s wack to skate those spots, but some of them are just blown out.

My buddy Justin [Grzechowiaks] was staying with us, and we were just driving around trying to find shit every day. Google Earth is a big hit. But mostly Josh [Paynter] and I will just go bike. If we’re not skating, or if it rained in the morning, we’ll just bike all the way to the beach or something. We’ll take some crazy route and take photos of stuff and then go back and hit it later.

I was definitely just using every resource besides looking at other people’s footage to find spots. Sometimes, you can’t really help it and someone has already skated the spot. I mean, it’s New York. But at least you’re not one of 250 people to do the same trick on a spot.

Like that hip in Long Island City.
Yeah, I don’t want to film there. It’s fun to skate there, don’t get me wrong, but I’m not going to go there and pull my camera out. It’s just not worth it. Pretty much just stay away from the Lower East Side [laughs]. Sometimes you end up there and it works out and someone does something kind of rad, but you have to really stay away from the basic spots. If someone from California comes here to skate, just don’t go there [laughs]. Go to places in Queens, or East New York, or even Crown Heights too. I mean, you can find cool stuff to skate anywhere in New York, but you have to be picky sometimes.

Do you ever have any trouble skating these lesser-known spots?
Project buildings always have the best spots around them and in them. It can be insane if you go in there sometimes, you just have to be smart and pick your battles. For the most part, if someone is tripping about you skating, you just stop skating. It’s not worth it. If people are tripping and you’re trying a trick, you never actually know what they can do, so you just have to be like fuck it and go to the next spot.

Was it tough to get this video started during COVID?
Nah, it all happened naturally. Johnny [Cumaoglu] lives across the street now, and we both moved onto the same block around the same time. We’ll just yell out of the window like “Yo, let’s go skate.” It feels like being kids again – just going outside and yelling to your friend’s window. The whole COVID thing reminds me of being a kid in the summer.

How so?
Just not having a job, not going to school, just skating. It’s fucked up. Everyone really tried hard for this video because of that. We didn’t have jobs or anything, so we were like, let’s just make something that we’re proud of.

We started filming on my 23rd birthday, May 15th. I flew to Buffalo on my birthday, and we started there. Now we’re five days away from my birthday, so we did it a week shy of a year. I really wanted to do this video in under a year, which is sick that we were able to do it. Like I said, I didn’t have a job so this was my job. Just making something sick that we’re proud of. All of my energy went into this. None of us had anything at all to do [laughs]. We just wanted to try hard and put something good out there.

You uploaded that video of you smashing a VX – was that the VX you were filming with for this?
There were two other filmers before me who had that VX. That dude John Evans, the handrail skater from North Carolina had it first. After that, Brad Rosado, the old DGK team manager had it. Then I had it for four years. The whole thing was beat, so I was just like “I’m going to toss this out the window.” I always wanted to break a VX, and I wasn’t going to not film me breaking it, I’m a filmer [laughs]. People were tight like, “I could’ve used those parts.” I wouldn’t have done it if it was a good VX. It was a fucked up camera. They stopped making tapes too. Like what are you going to do? It’s about to be worthless pretty soon. Now I’m sitting on two VXs.

So you stockpiled VXs, but did you stockpile tapes too?
When they stopped making the tapes, I hit up the buyer at B&H and was like “Yo, what’s up with the tapes?”

Wait, how did you find the buyer for B&H?
I found him on LinkedIn [laughs]. I messaged him and he was like “We’re not getting them anymore, but I can find you some at a cheap price if you want. How many do you want?” I told him I wanted 120 and he found them from some random seller, and they sold them to me for super cheap. I paid like $500 for them. The discount was just crazy, I couldn’t pass it up.

I still have like 80 left. So it took only 40 tapes, maybe a few more to make this video. I can probably put out another video with all these leftover tapes. I don’t know what I’m going to do, but I’ll probably still film VX for now. That shit could be gone forever though. I’ve heard about the transmitter thing that you can plug into them through a firewire port. I’ve seen some people start to do it that way. Maybe I’ll get one of those.

Where did the title Fool’s Gold come from?
I don’t really have a good answer, I just thought it sounded good [laughs]. I’m always referencing spots that look cool from a distance but not up close, and the name was always in my head.