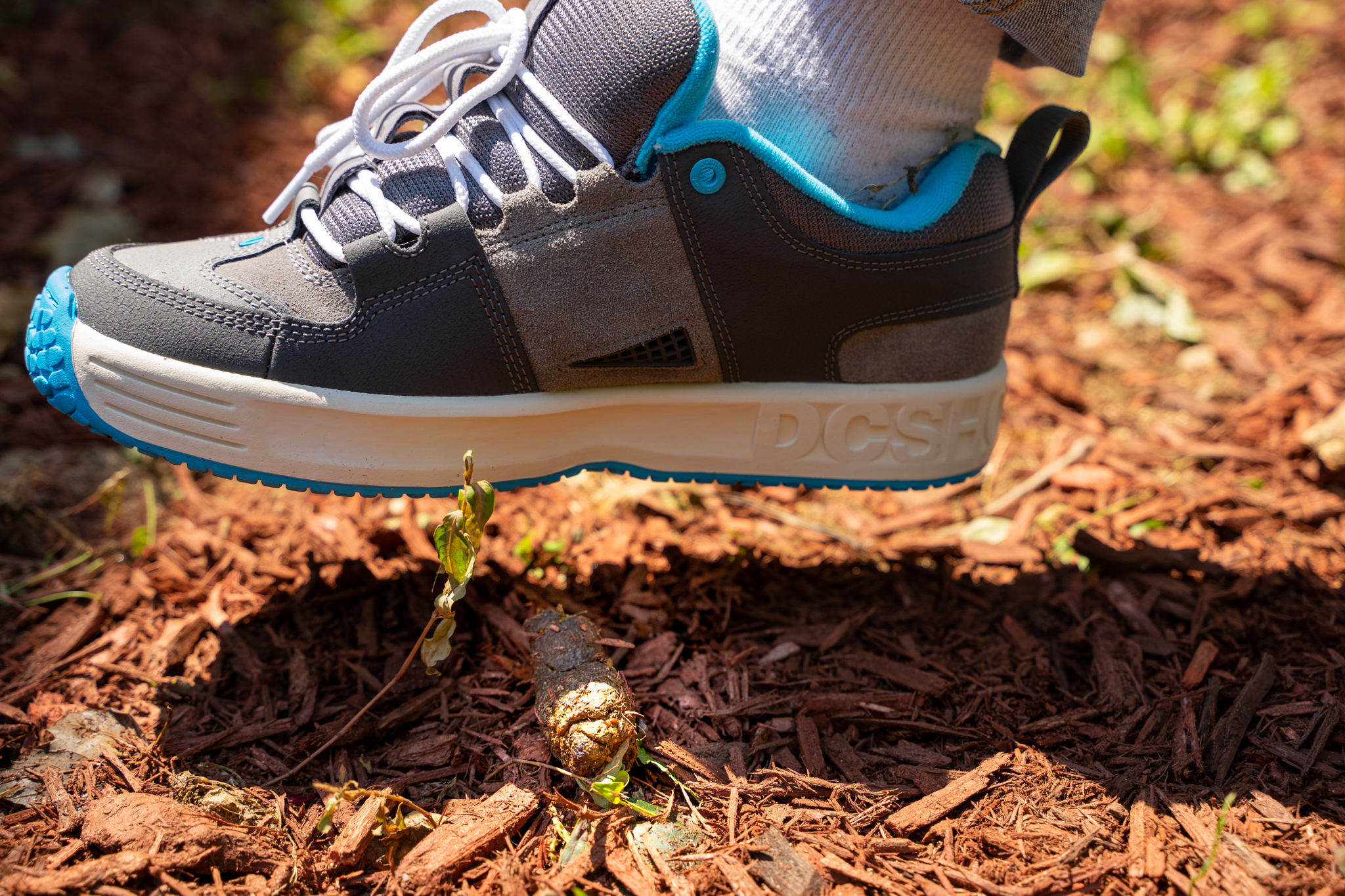 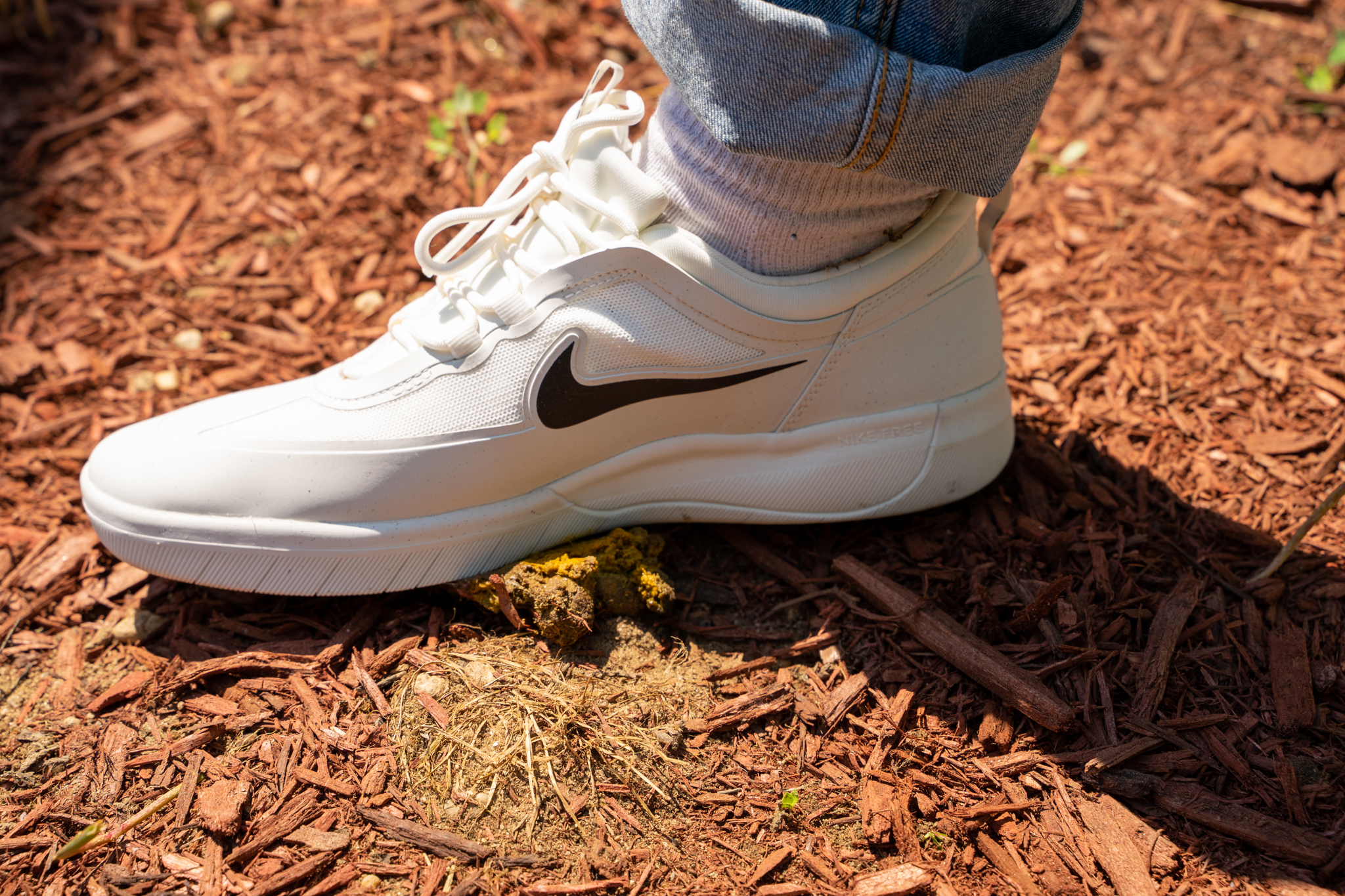 CLEANUP: The second the hose hit the greenish-brown stained bottoms, every speck of the hot loaf went flying off the shoe. A pile of shit is no match for Nyjah, I guess. 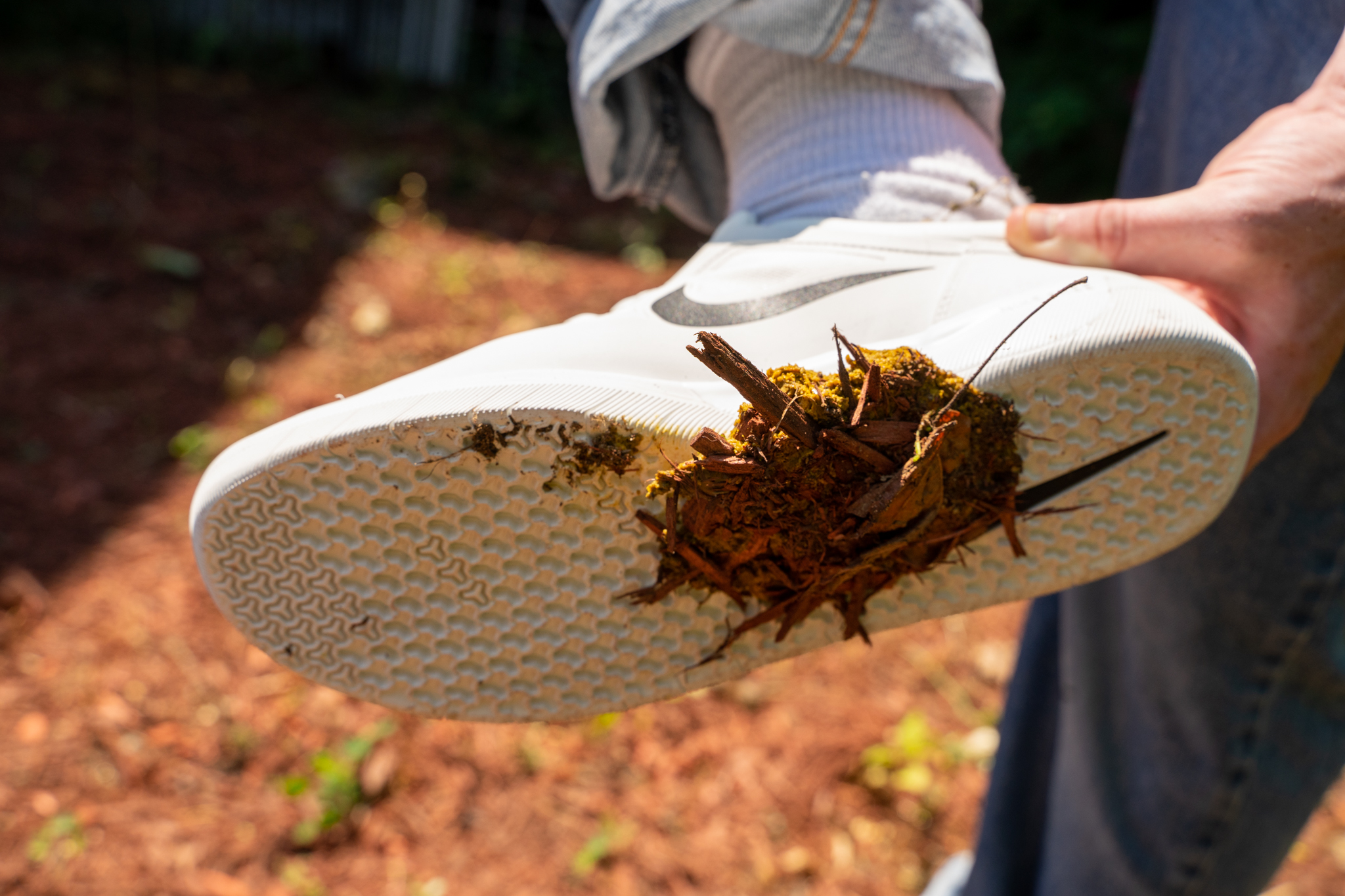 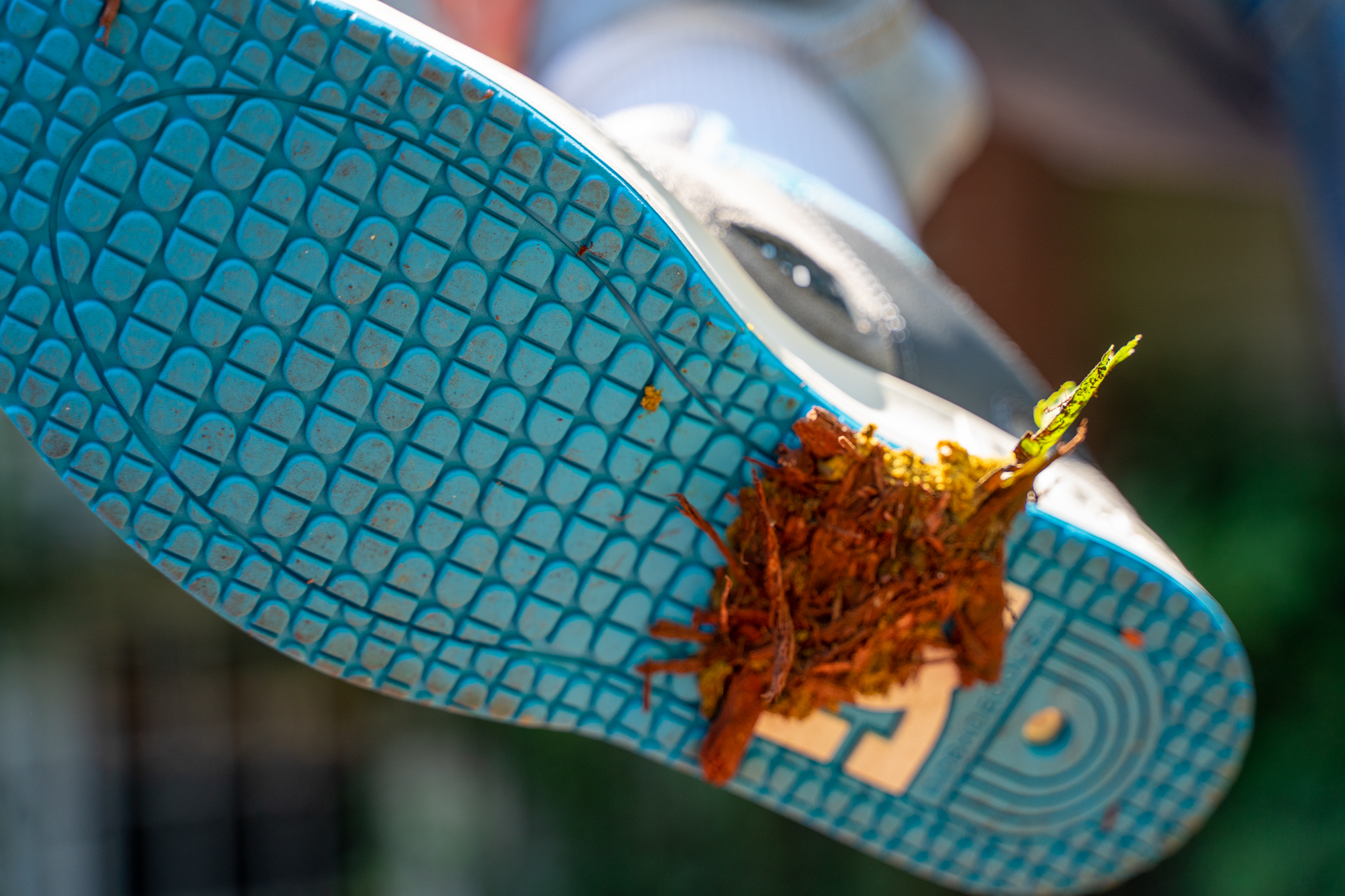 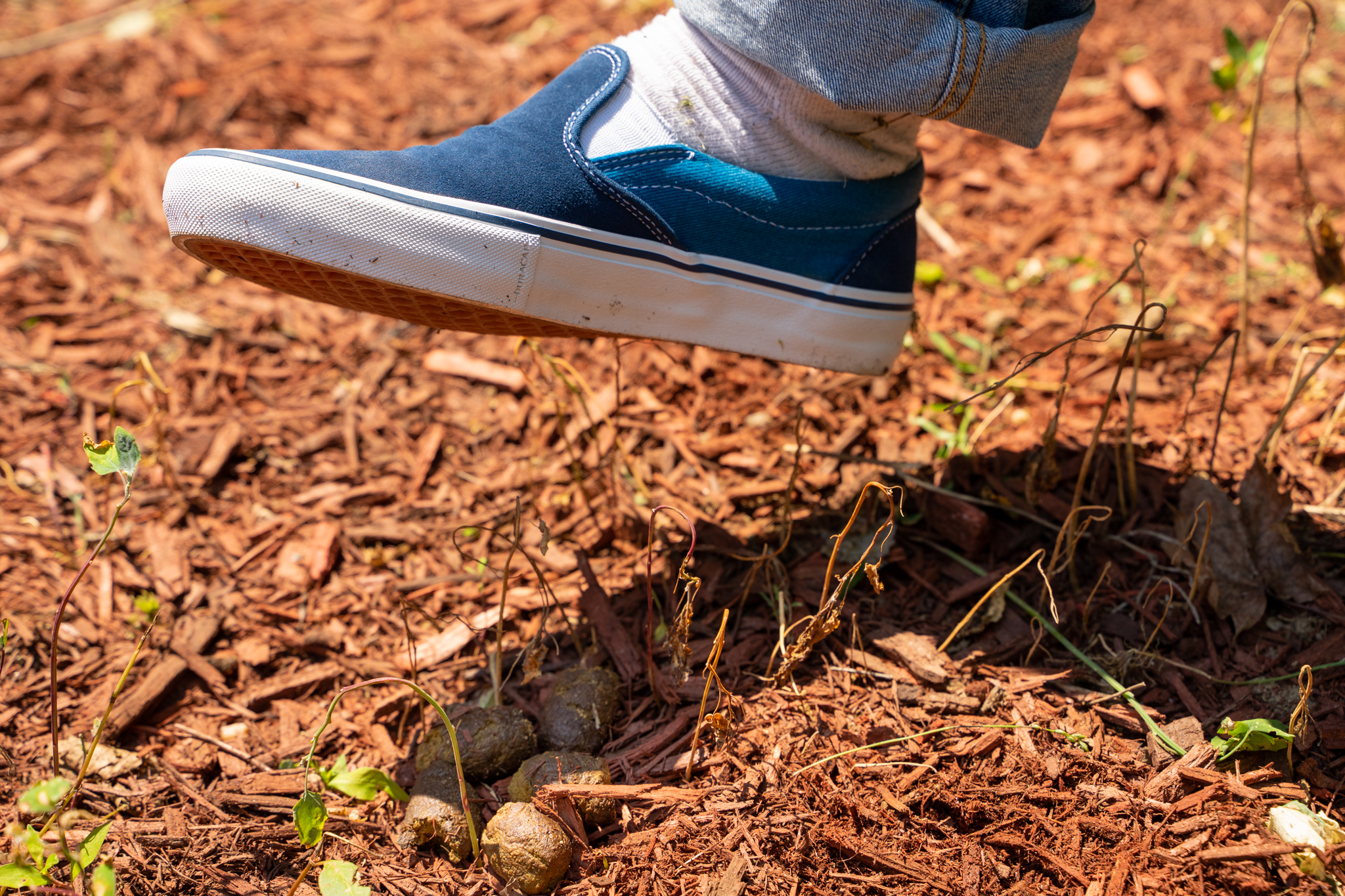 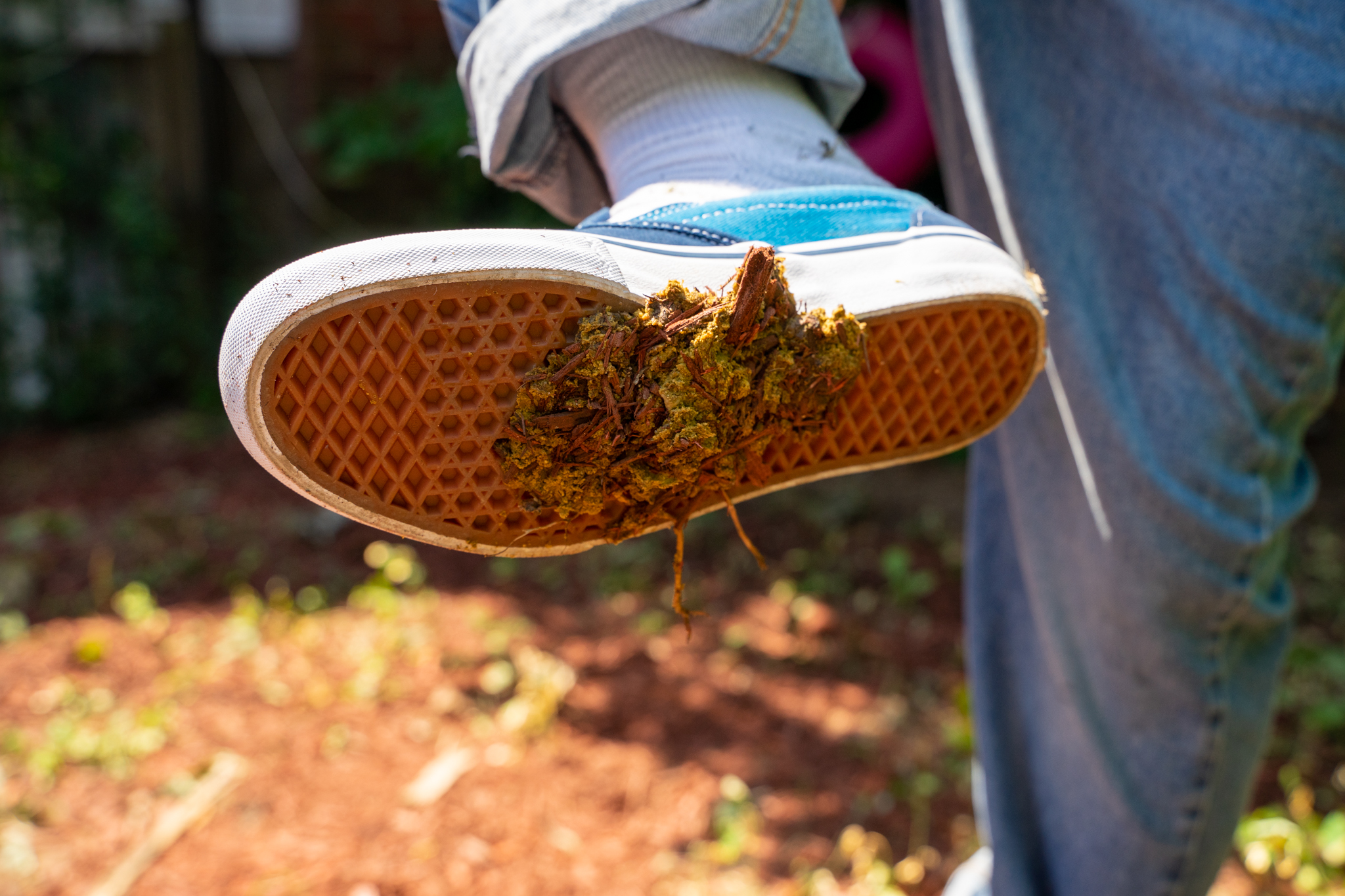 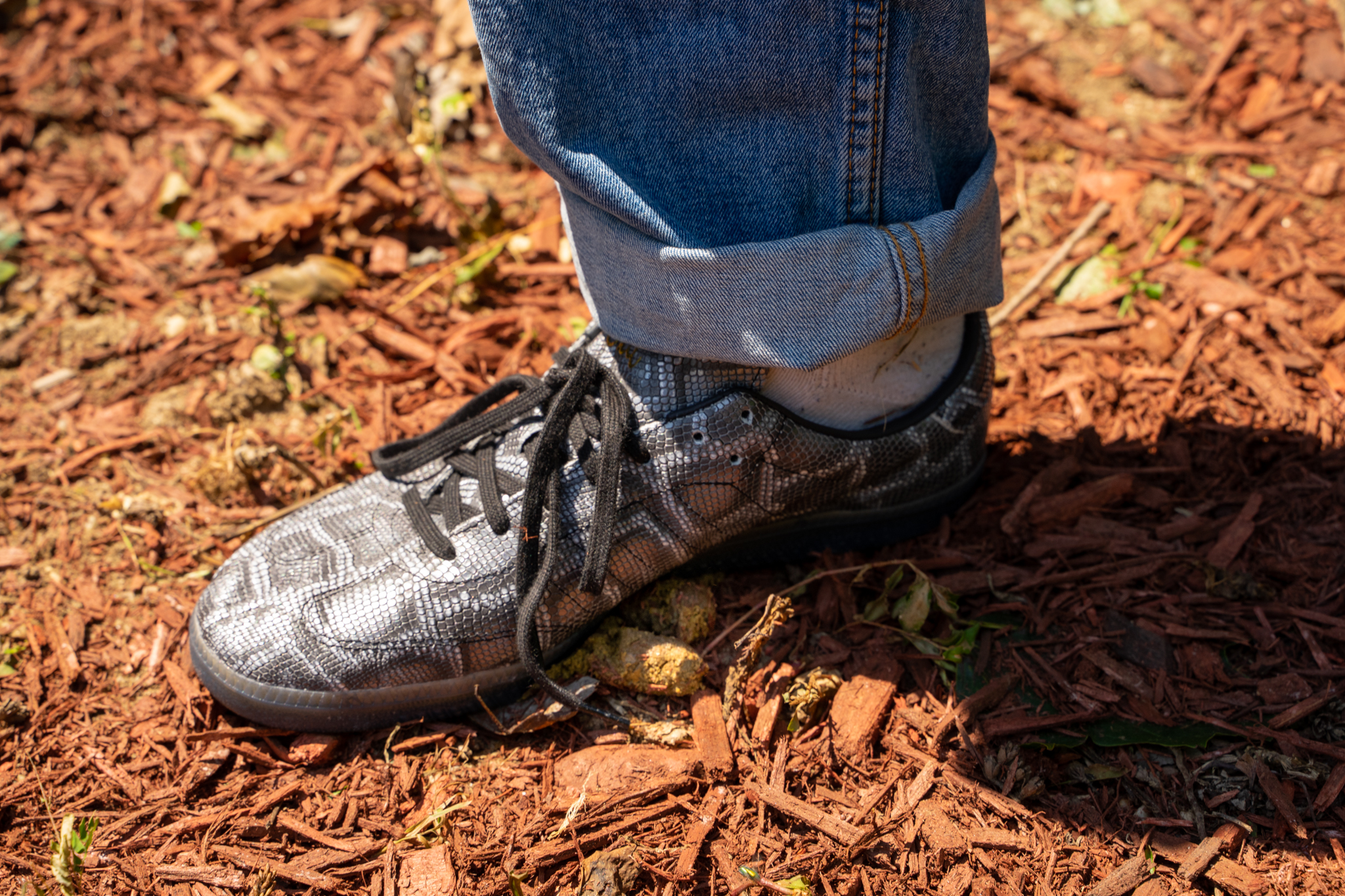 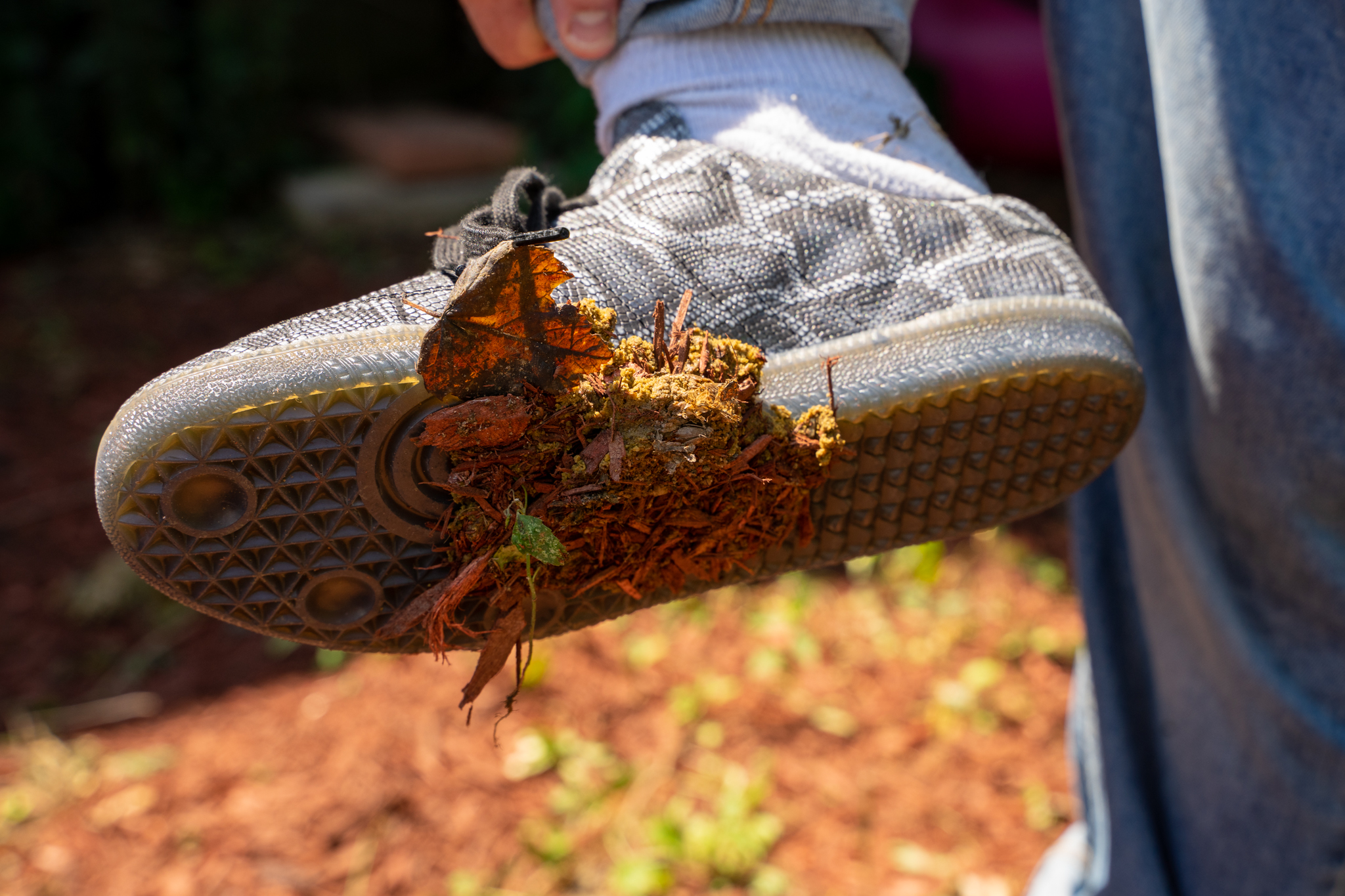 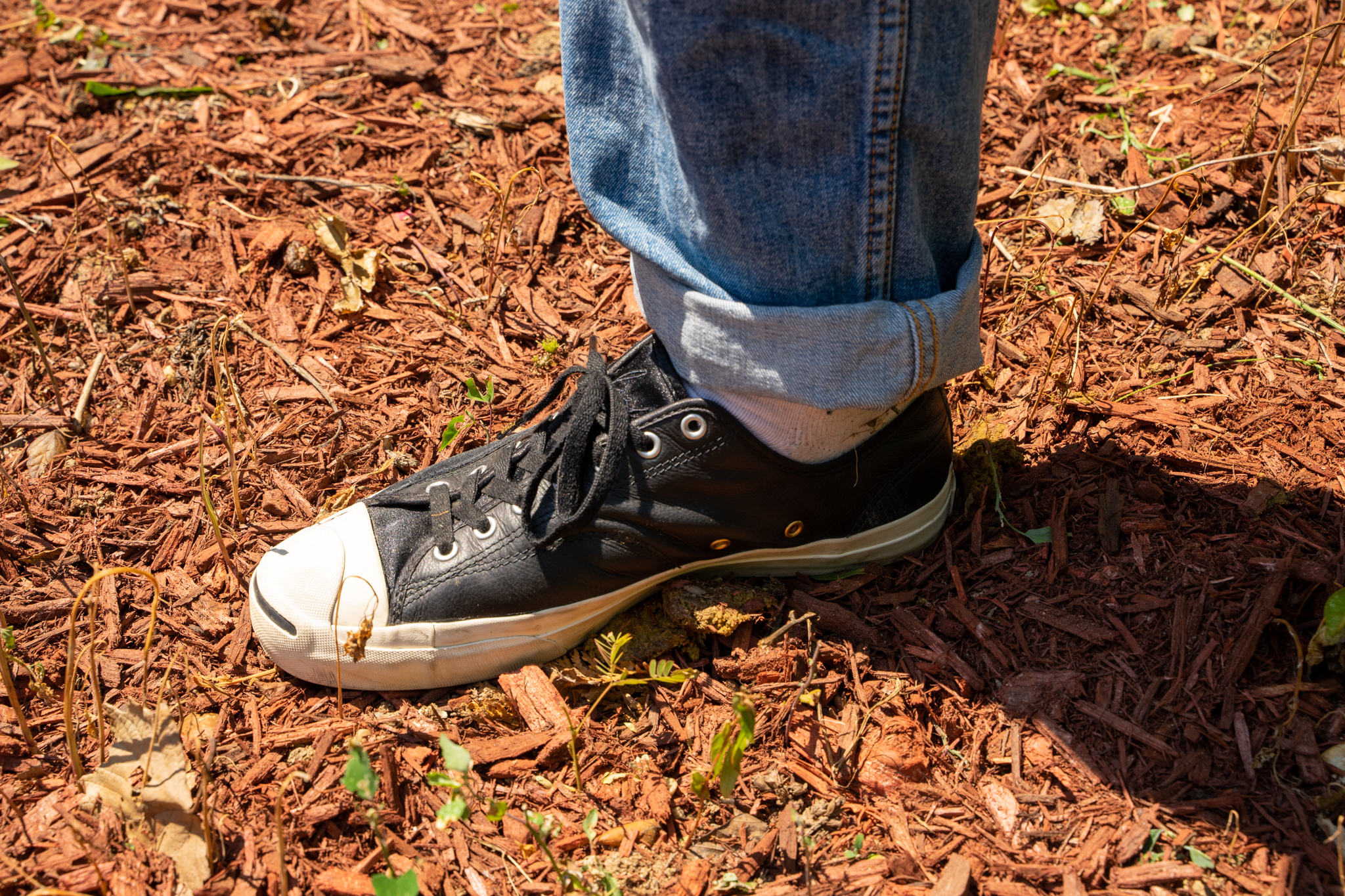 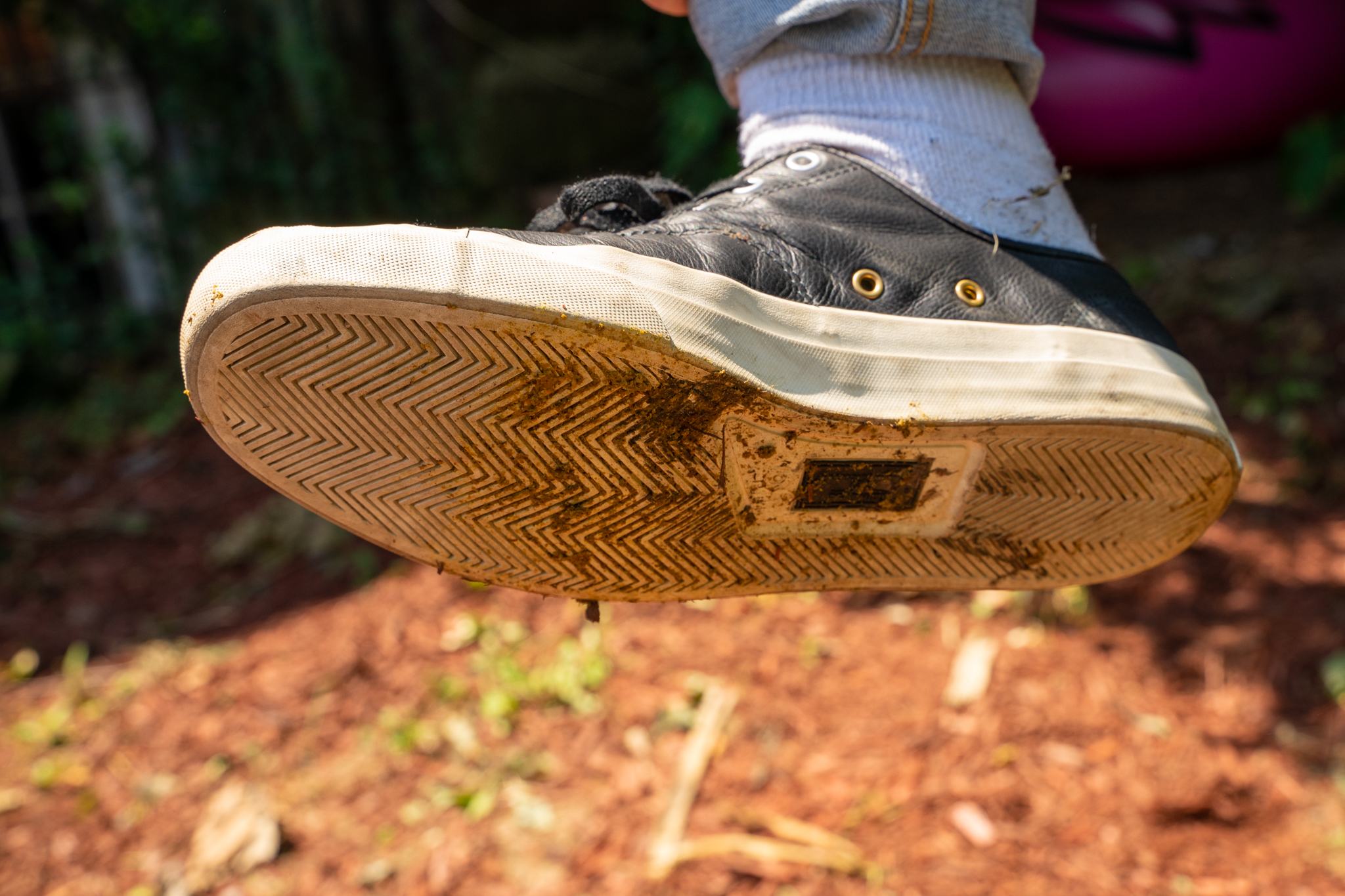