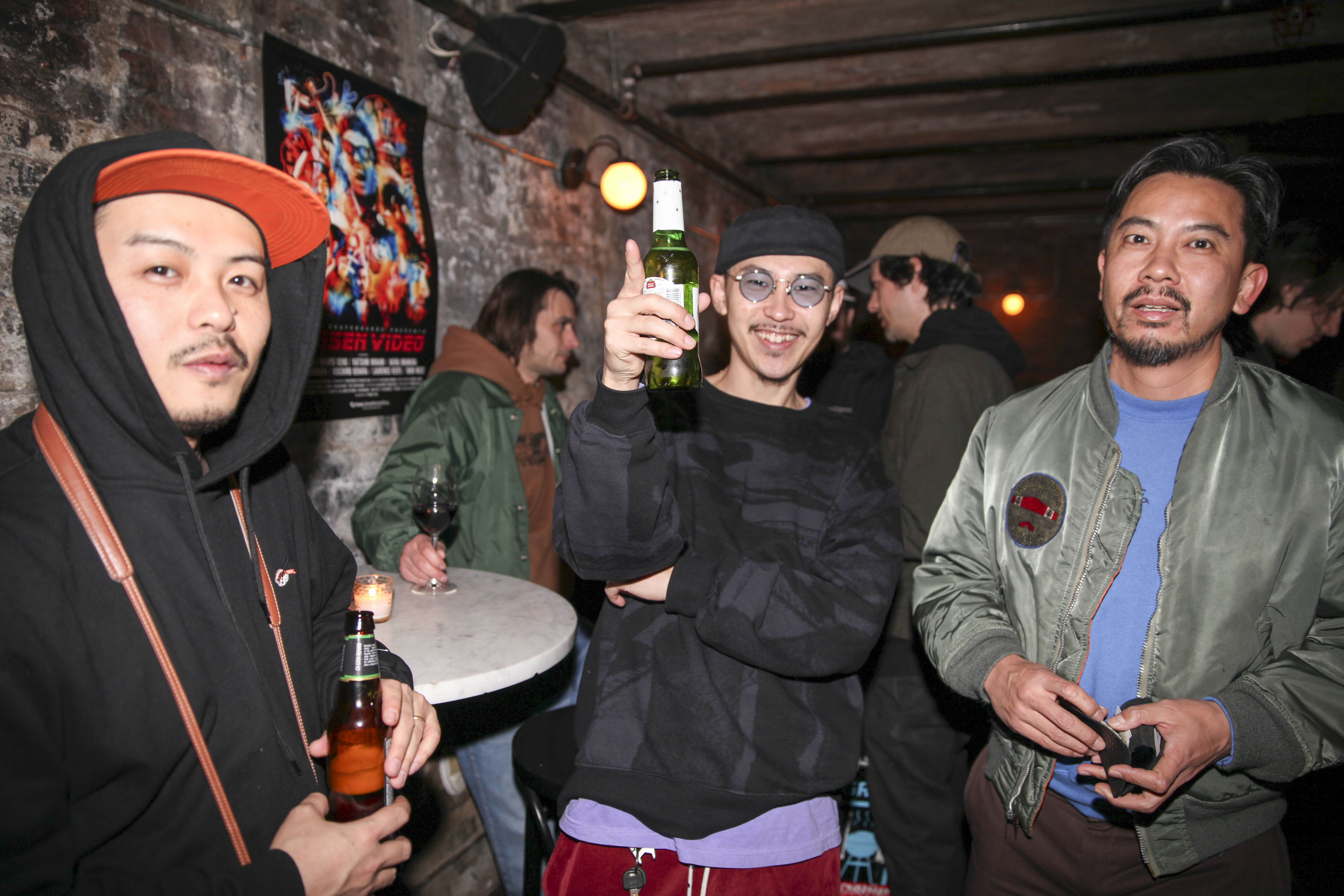 Japanese skate videos have a distinct style: no hucking, powerslides that merge into lipslides, and copious ollies. Like, so many ollies that by the end of the video I don’t want to see anymore ollies. But maybe that’s the secret to the charm of Japanese skate crews. They lull you into a trance and right when you think you can predict the next trick, they do a kickflip so fast and so high you think they’d just gotten out of the Super Saiyan hyperbolic time chamber.

Well, the Evisen Video represents the absolute best of that style. They came to New York as part of their world premiere tour and ate plenty of pizza to make it worthwhile. If you don’t know much about Evisen skateboards, or aren’t sure if you “get” their style, browse our photo recap to get familiar. We’d also recommend checking out some of the genius accessories they make in addition to boards, like butterfly knife skate tools, 20 year-old sake, and multi-function cargo pants with condom stashes. 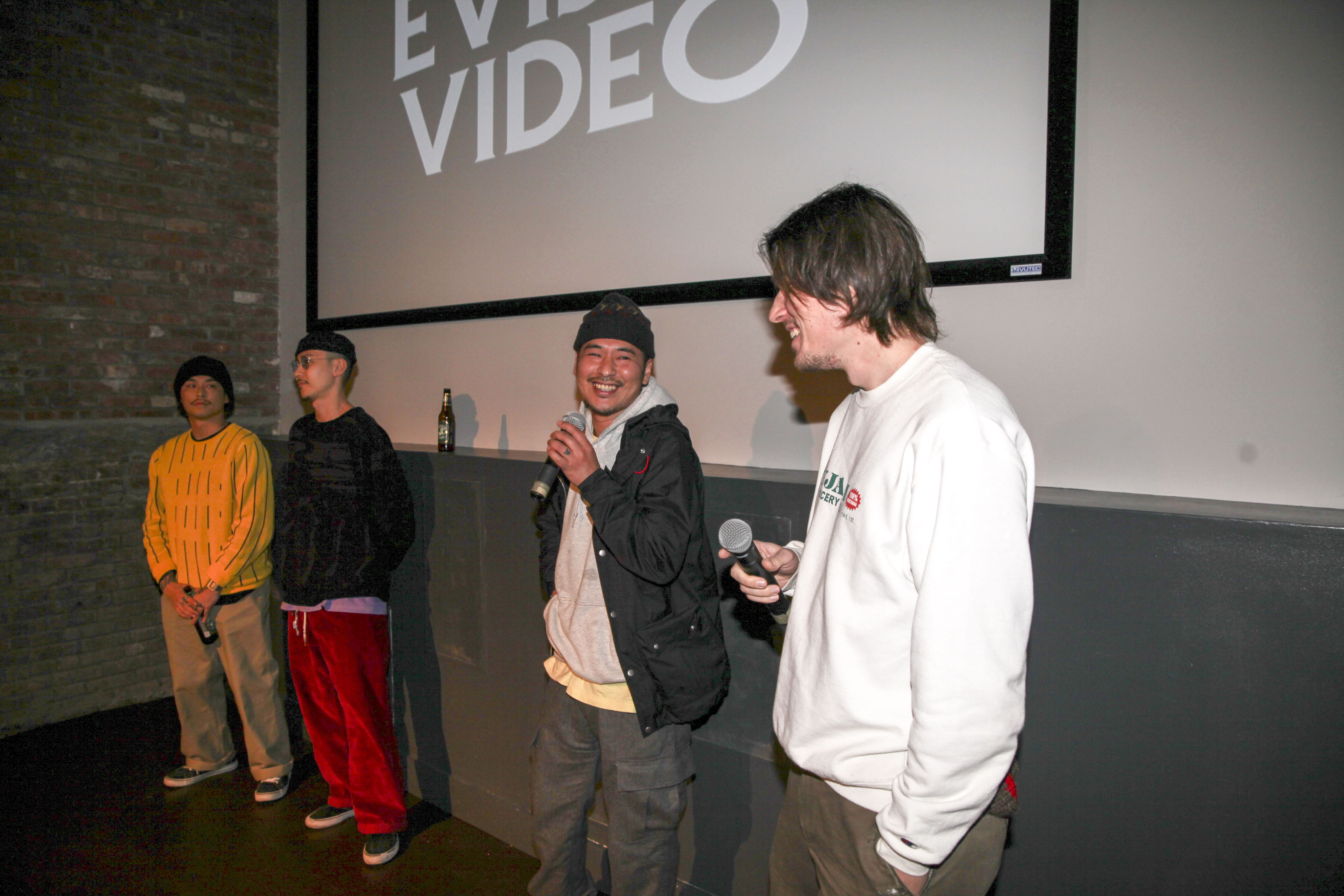 Here we got some of the guys behind the brand. First is Maru [far left], next is Shinpei Ueno [2nd from left], is a triple threat shredder, filmer (Lenz II), and John Lennon-glasses wearing motherfucker. Yoko Ono probably brought those glasses to the U.S., but John made them famous, and now Shinpei is making them skamous (skate famous).

Then the head honcho Katsumi Minami [second from right], who introduced the video with a little translation help from Connor Kammerer [far right]. One of the best parts about Evisen is that they subscribe to the hardcore skate brand model wherein everyone at the company skates hard enough to also be in the videos. Not the easiest thing to sustain as your company grows, so hell yes to them! 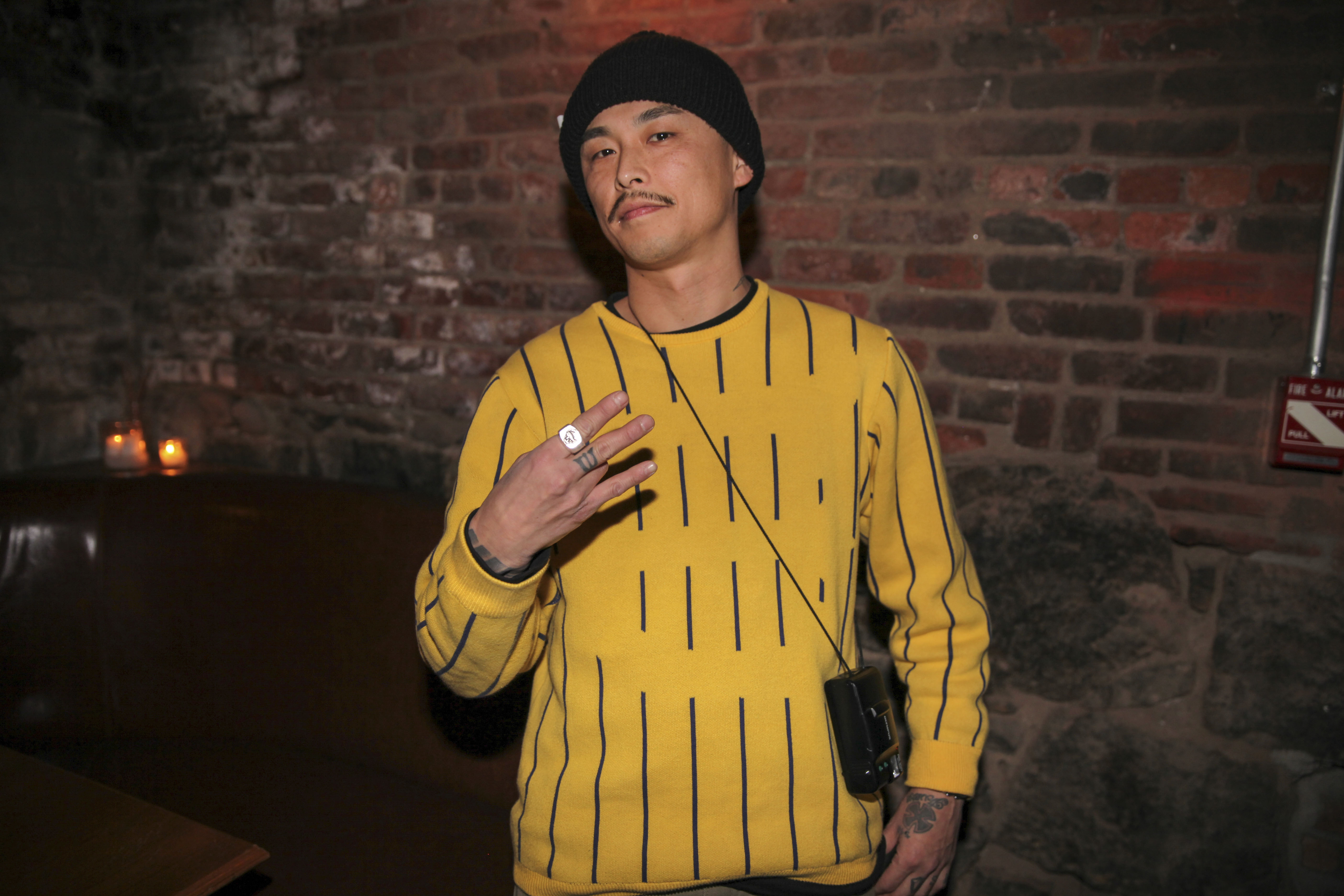 Maru throwing up an ‘E’ with an Evisen tatted hand while wearing an Evisen sweater…you can’t manufacture that kind of synergy, baby. When we told them that in America their ‘E’ really just means ‘the shocker‘ they got even more hyped and kept smiling and saying, “shokka!” Glad they have some good ol’ US culture to bring back home. 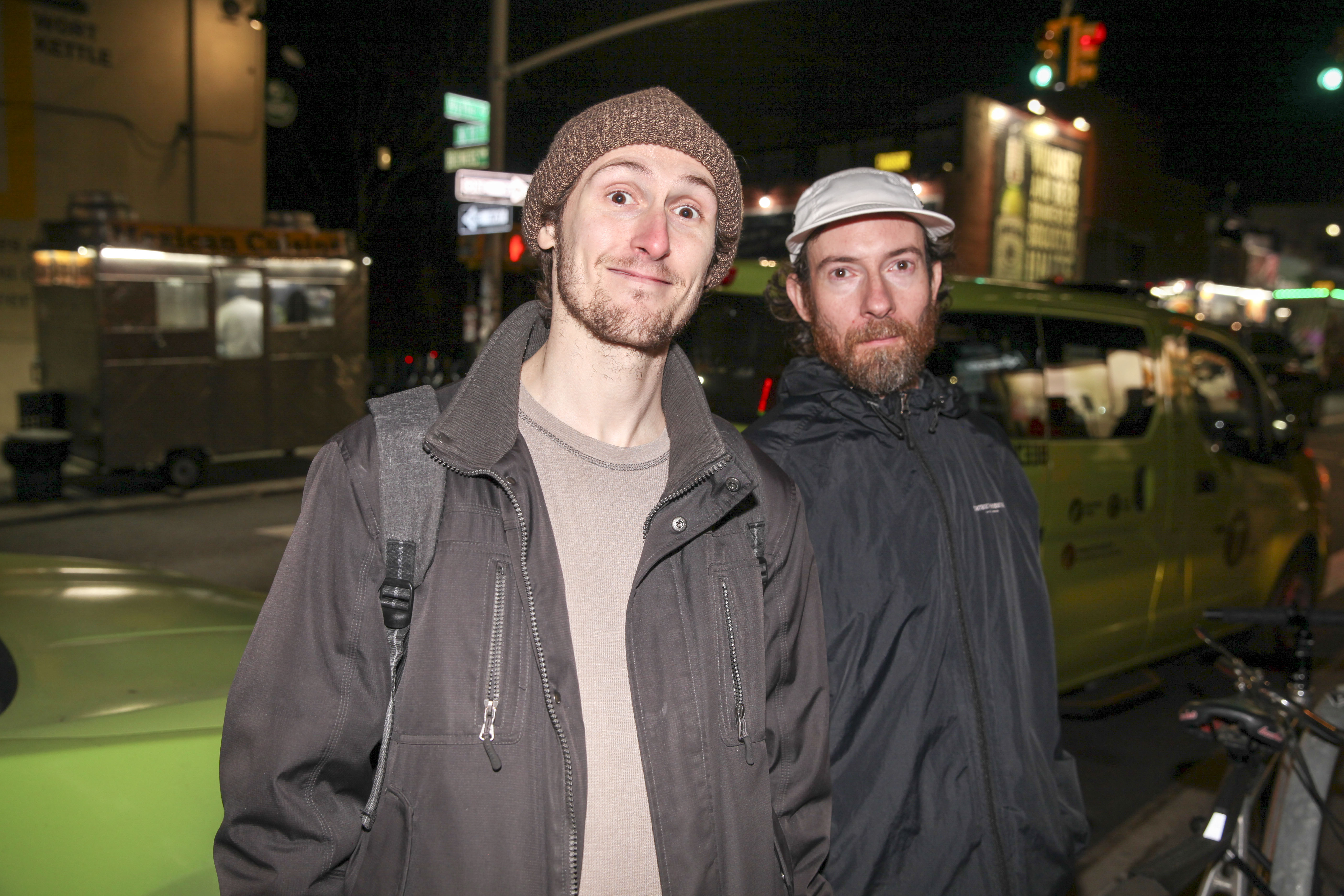 Colin Read a.k.a. Mandible Claw was there to support his Japanese friends and discuss his beard growing progress. If you’ve seen Spirit Quest or follow Colin’s IG feed, in which he spends almost all of his free time at petting zoos, you know he’s also heavy into animals.

True Story: One of his alternative career plans is opening a zoo. 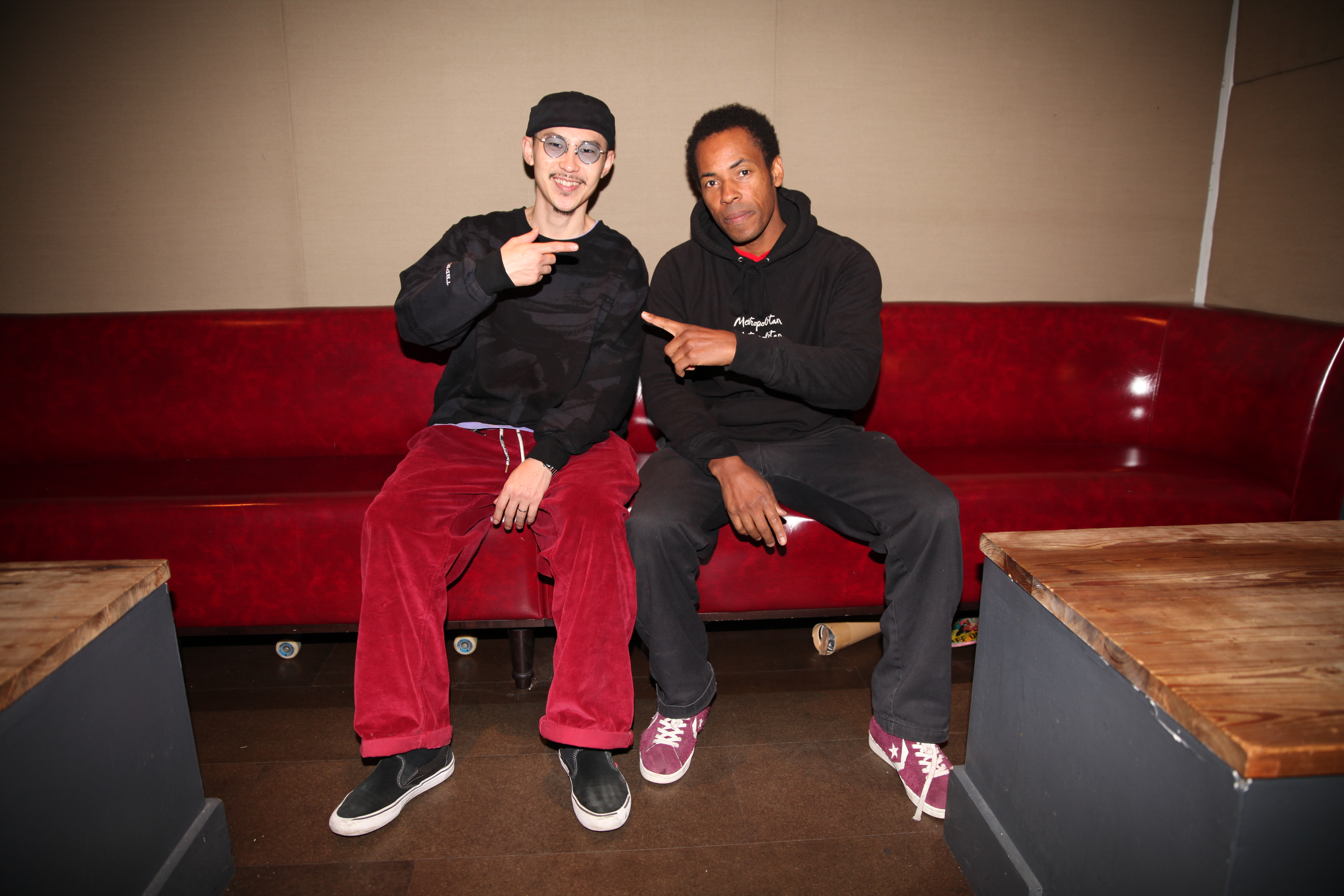 Red corduroys. You thought Shinpei was tight in his glasses but then he hits you with the motherfucking red corduroys. With a legend blessing from Jahmal Williams, Shinpei is now officially unstoppable. Catch him power lipsliding at a spot near you. 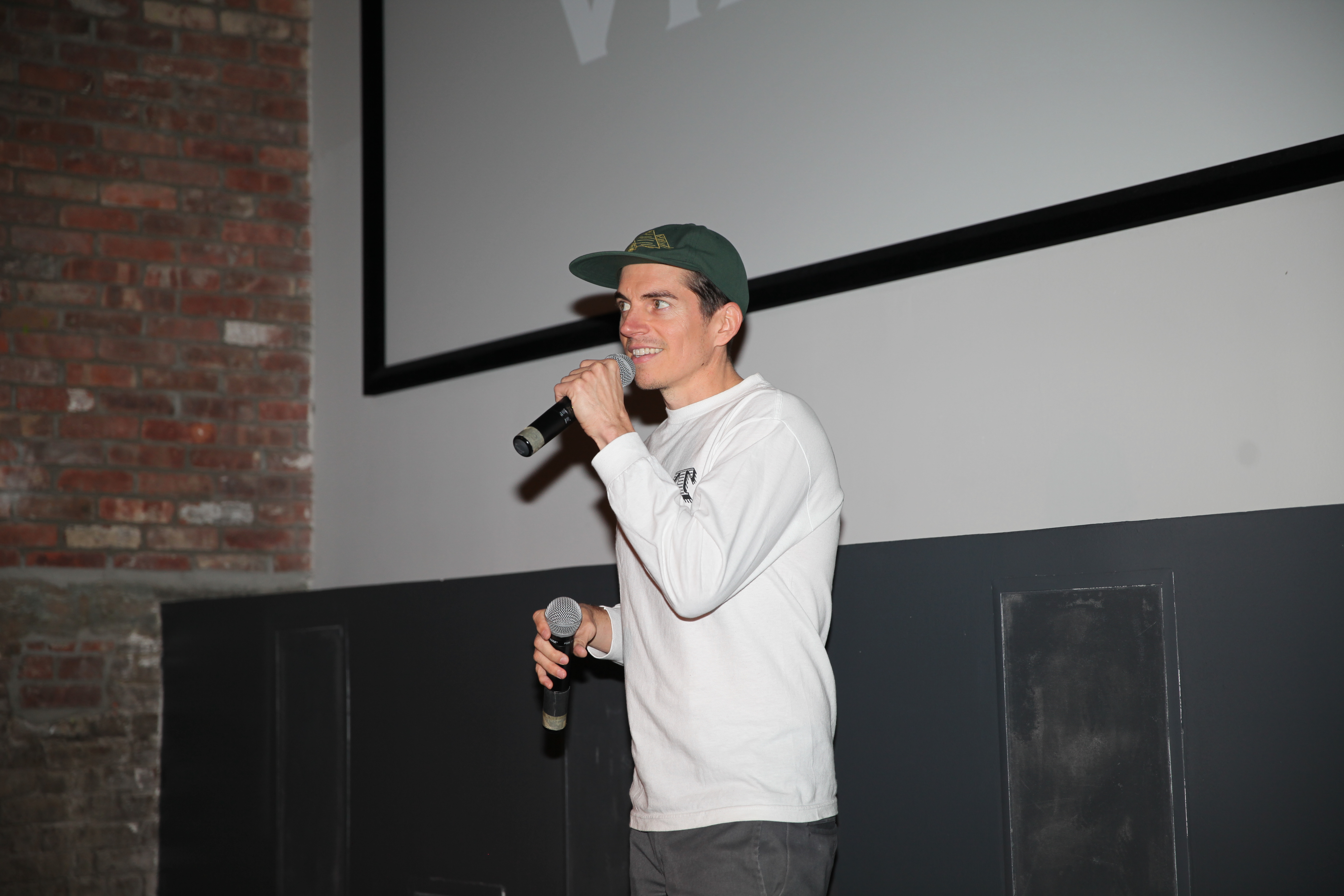 Josh Stewart was mom-level proud to be able to help showcase Evisen to New York.
He’s been repping the brand through his distribution company Theories recently, and the fact that some of the Evisen guys flew to the U.S. solely to premiere their video was huge. No tears from Mr. Static but he was so nervous about everything going smoothly that he brought a backup mic with him in case the first one died. Only VX filmers have this kind of technology insecurity. 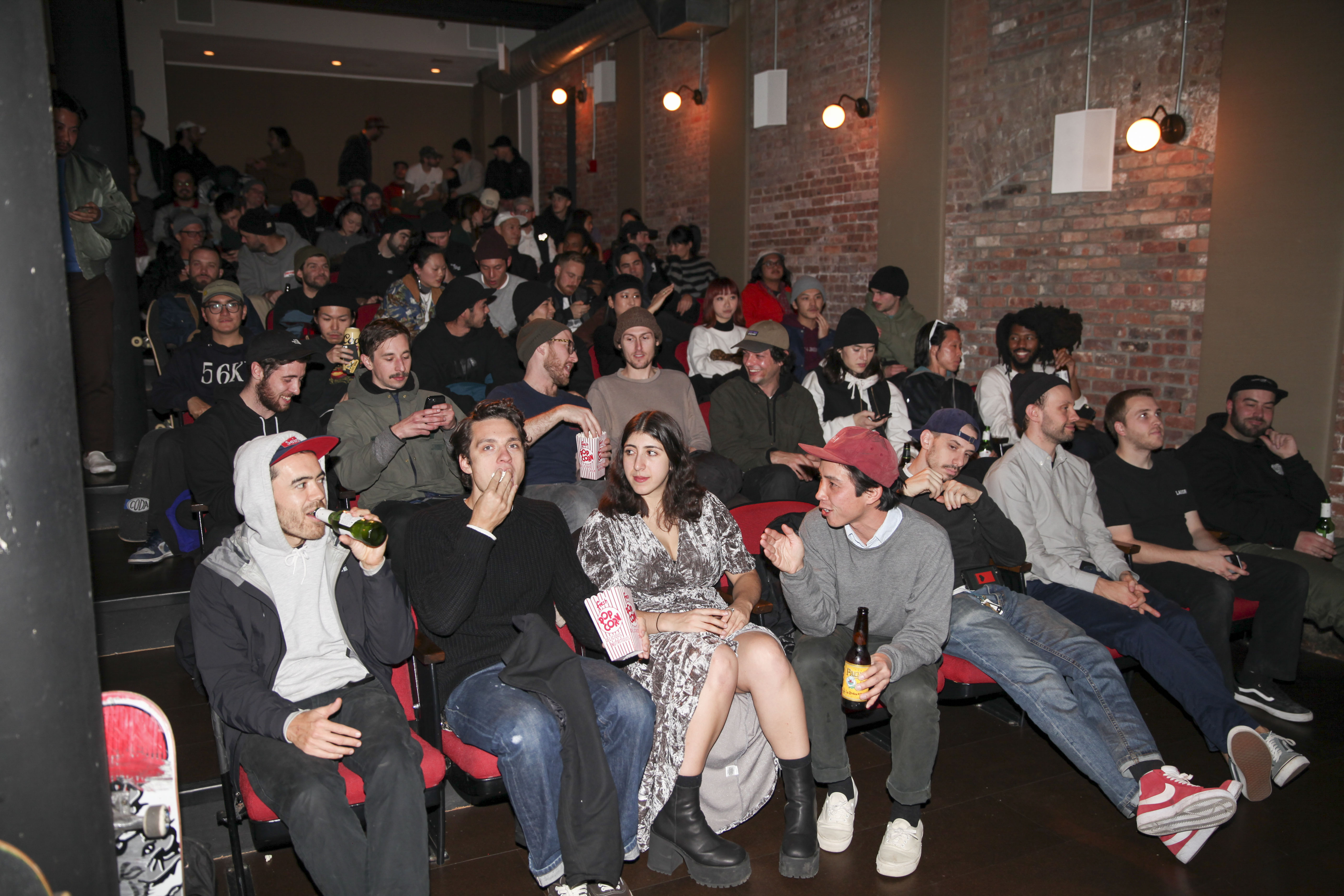 A full house is always a great sign for a skate video premiere, but when the druid in the velour, outer space robe shows up to sit in the front row, you know you killed it. 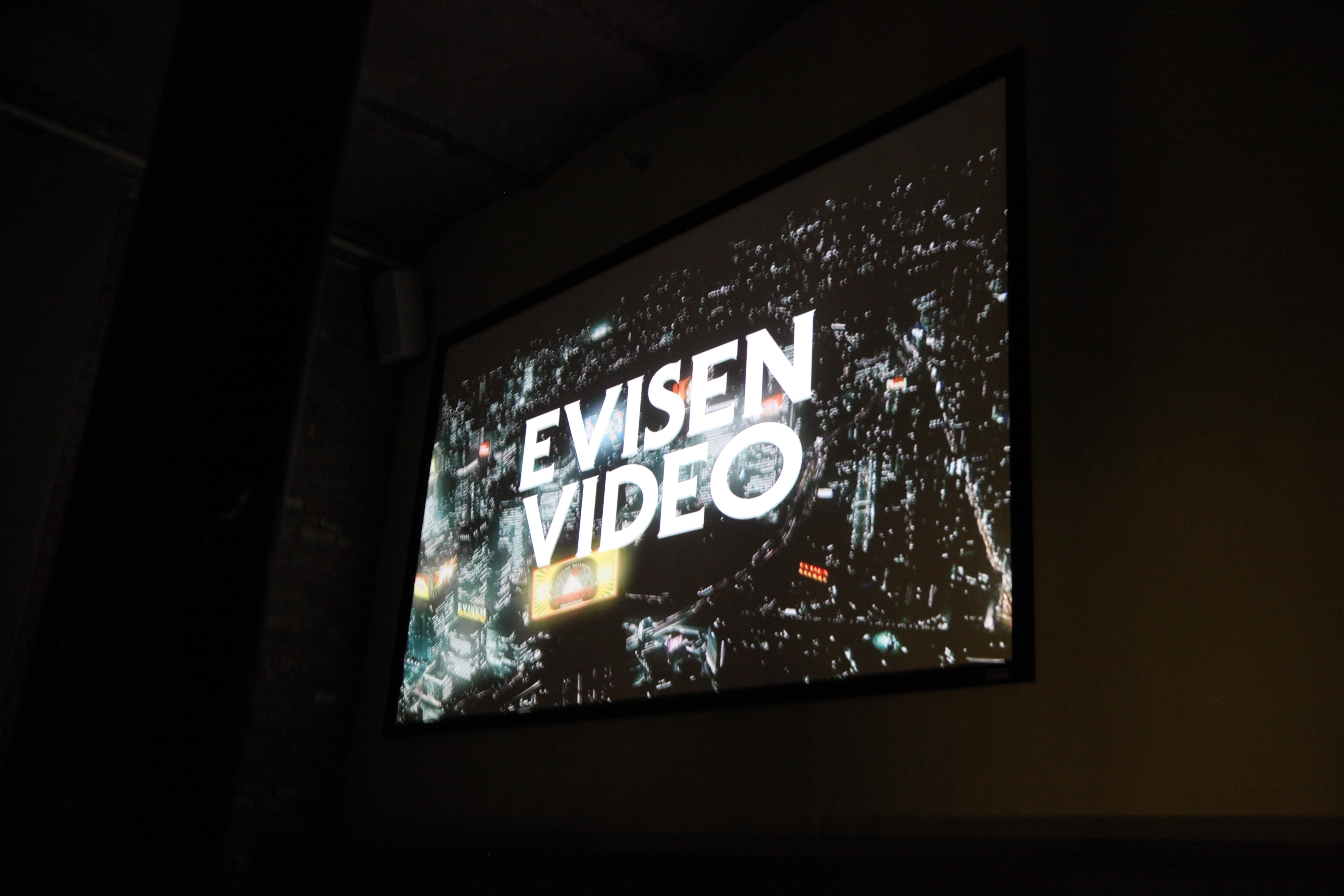 No spoilers here. You’ll have to wait until it comes out on DVD or some man child gets a copy and throws it up on SLAP. 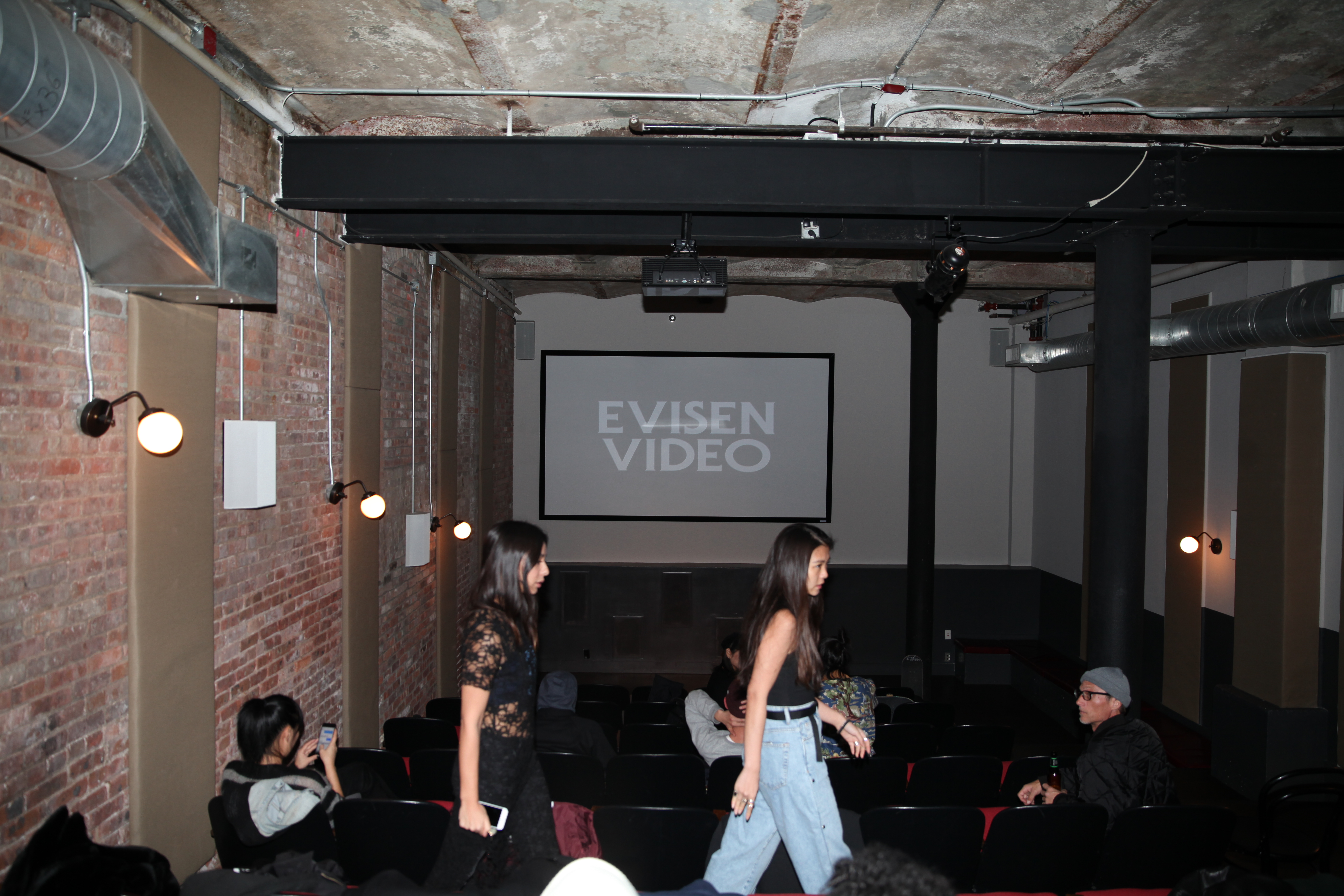 Girl 1: “I thought you said we were going out to the bars tonight.”

Girl 2: “This is a bar. Just not one where any guy has enough money to buy you a drink.”