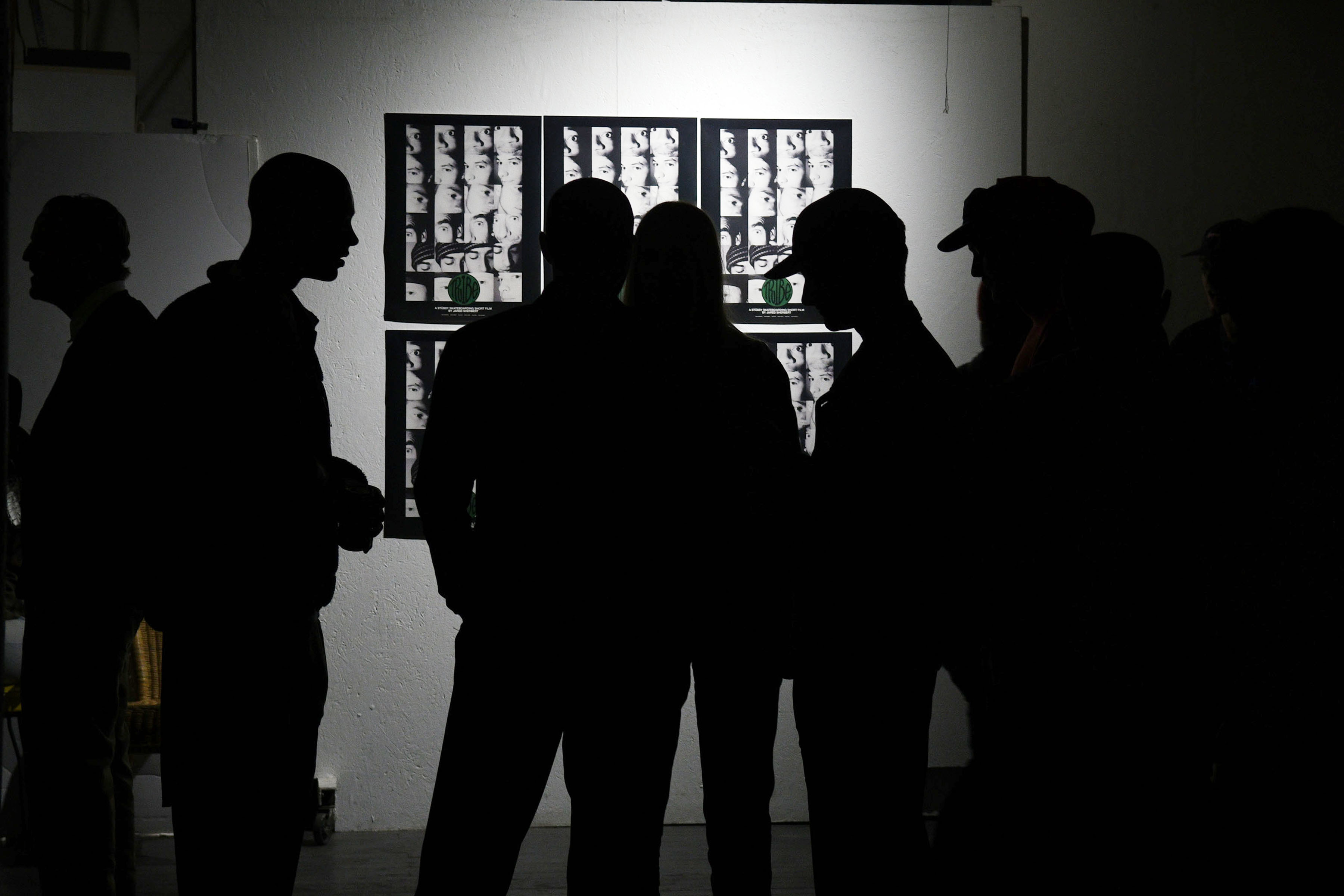 Growing up skating in the late 90s and early 00s, Stussy wasn’t cool. None of my friends that skated wore it, it felt more like a big streetwear brand, not really having to do with us. Historically, it comes from surf and skate but it was peaking in the 80s and while they did have a team in the early 00s with the likes of Keith Hufnagel and Anthony Van Engelen, it never really felt like a brand you would run to the shop to buy as a skateboarder. It kinda skipped over my generation.

Which is why I was so surprised when a friend sent me the flyer for an event last friday, “Tribe” a skate video by Jared Sherbert for Stussy. The gritty 90s style flyer, the lineup of pros like Lance Mountain, Jesse Alba and Kevin Terperning further enticed me, so we sent our photographer Ray to check out the scene and figure out what the deal was. 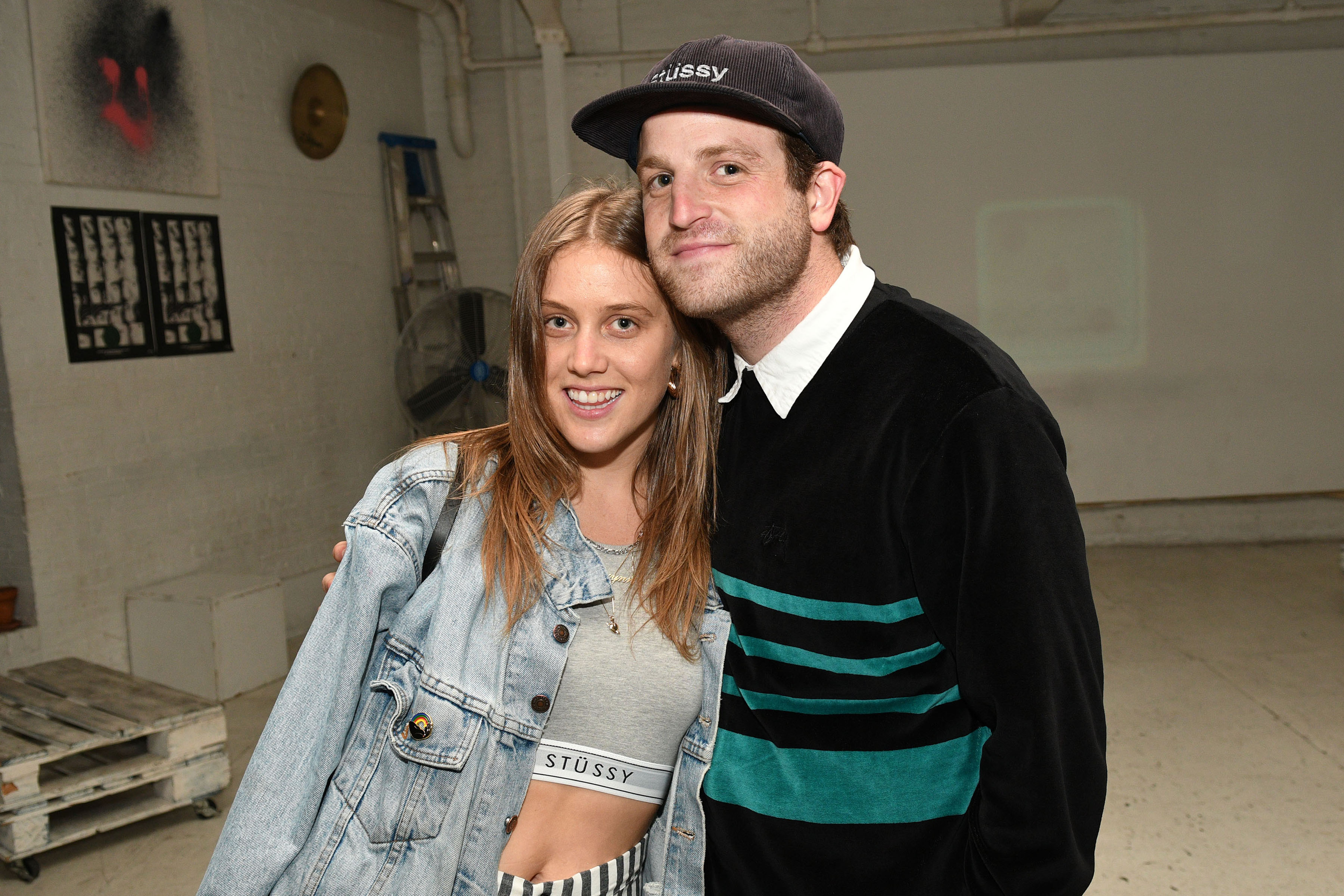 This is Jared Sherbert, the dude who made the video for Stussy. You might know him from shooting photos or his work with FA / Hockey, before he started doing Stussy stuff full time. He did admit it was kind of a rebirth for Stussy and they are actually out of Zumiez now. I guess they are trying to revisit their roots… We shall see. 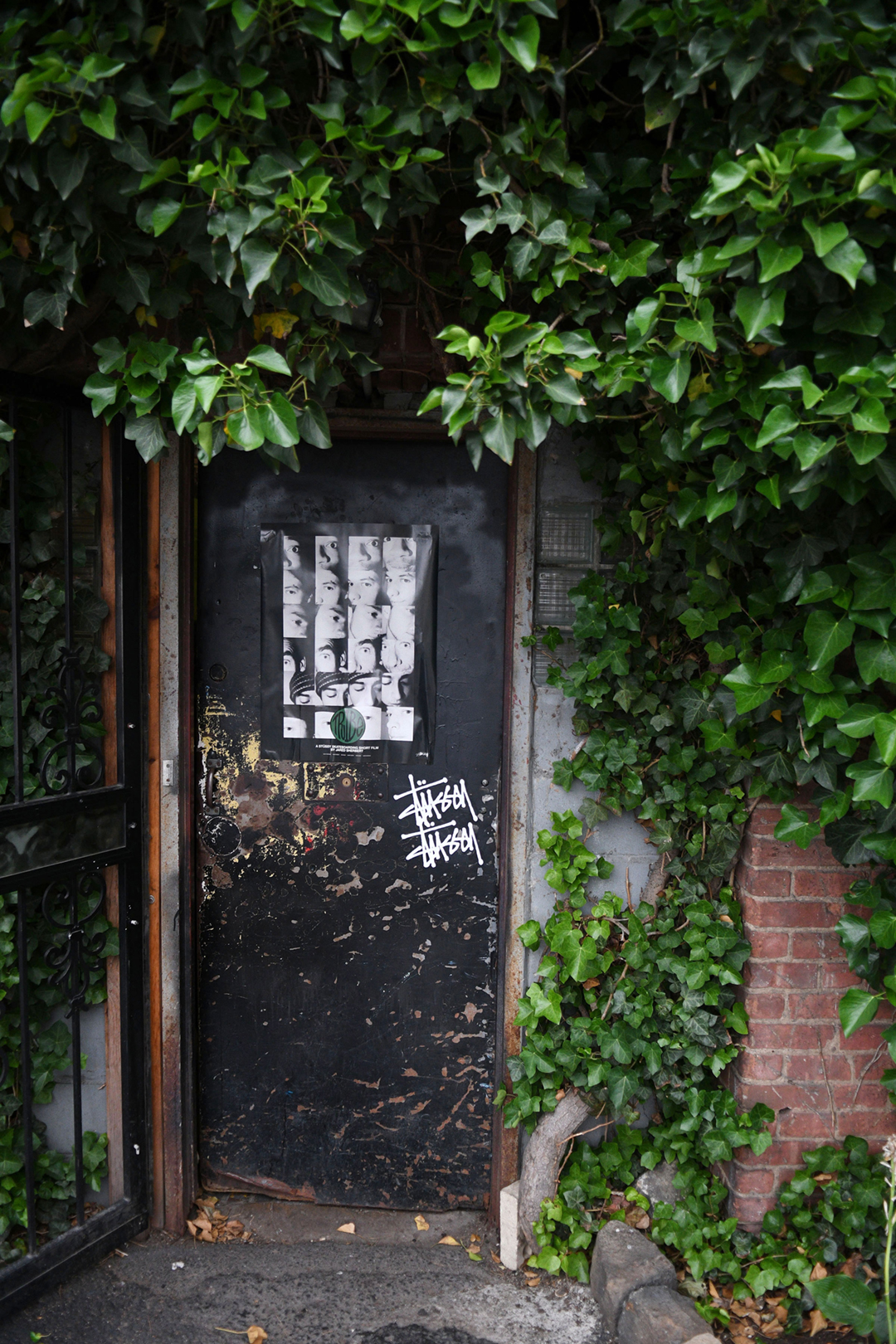 Usually, if you see a sketchy door like this in Brooklyn for an event there’s one of two things behind it; an after hours techno party where everyone’s on coke/molly or some sort of art/video gallery. 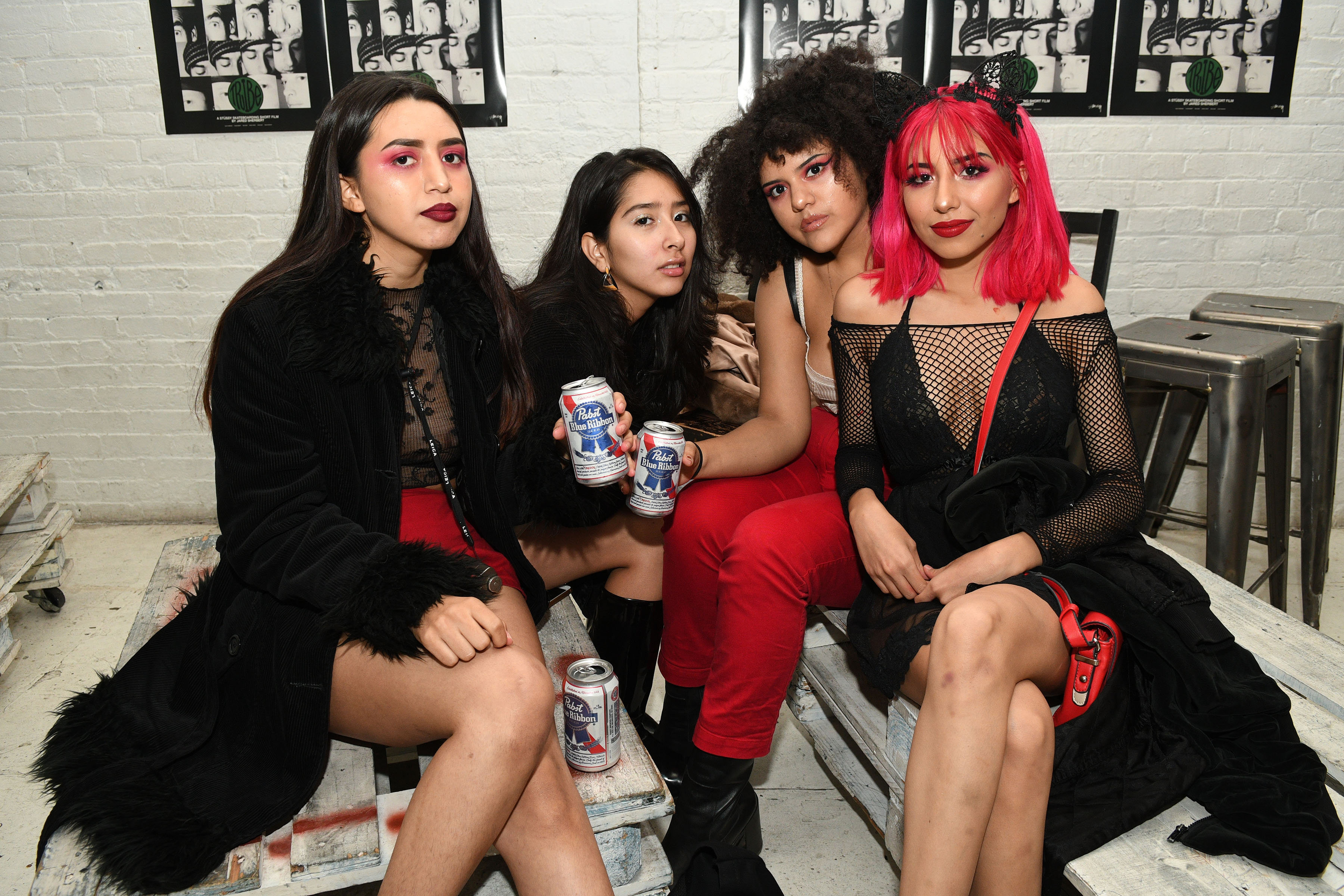 I wasn’t sure who these chicks were but apparently they were friends with one of the skaters in the video. Kind of looks like a 90s nu-metal band or maybe it’s just a bunch of girls never grew out of their middle school AIM screennames. 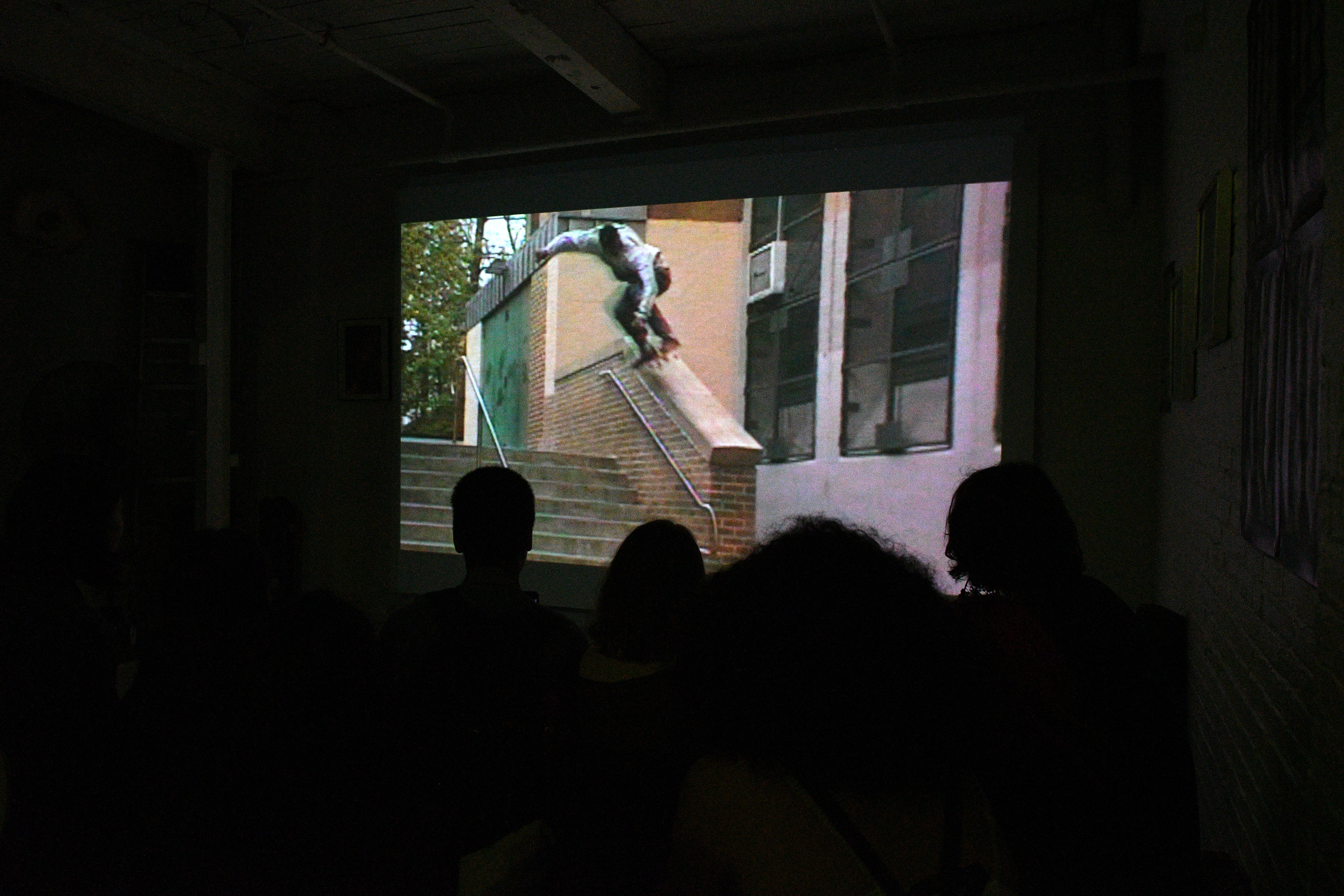 So you wanna know about the video? Well, it’s about 6 minutes long, kind of like an intro montage for the team, all filmed in hi-8. It has that nostalgic fuzzy feel, reminiscent of Zoo York’s Mixtape (Opening with a quick turntable shot and gritty beats) and the footage is all shot in NY, LA and SF. I was told it drops online July 3rd. 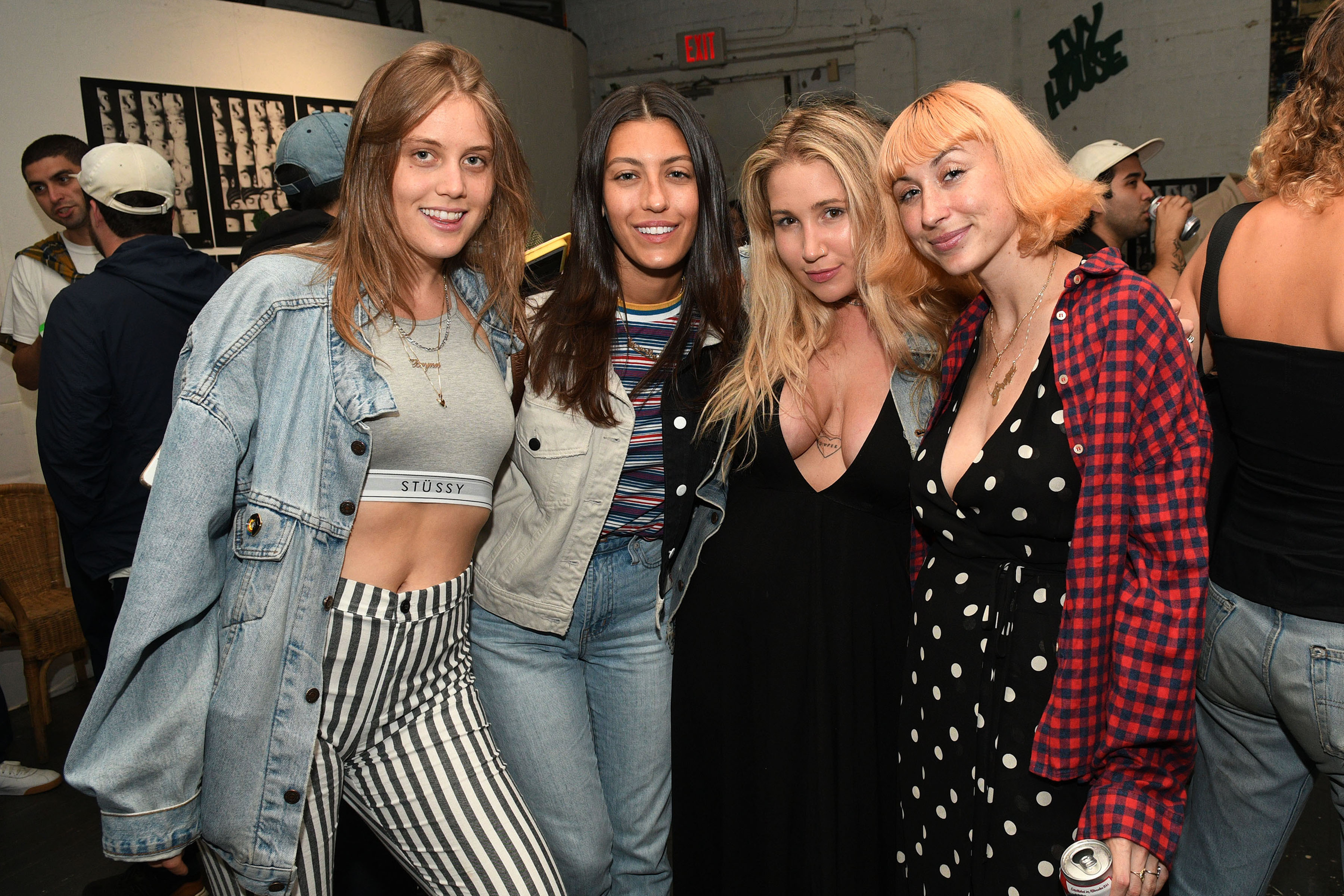 I wonder how many unsolicited comments busty girl gets about her chest tattoo. Well, here’s another one, does it say “Super” or “Lover?” We need to know for uh.. research purposes. Thank you. 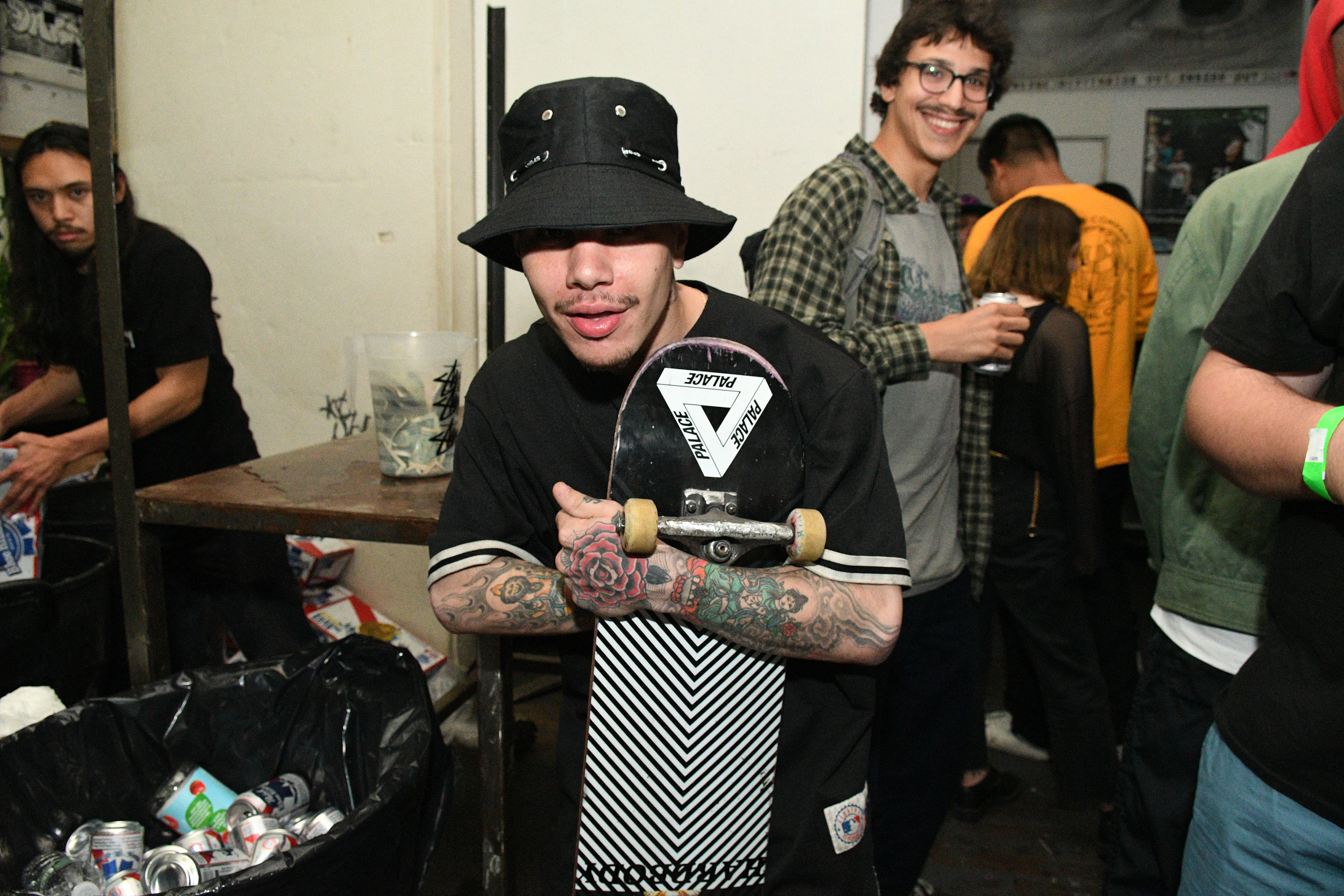 I’m a big fan of Shawn Powers – his skating and the perceived lifestyle of mischief and mysteriousness that surrounds him. I’m an even bigger fan of parodies, like this one some dude made where they took Shawn’s infamous Lobster video (he breaks a lobster tank with his skateboard) and then adds a WWF commentary over the whole video. 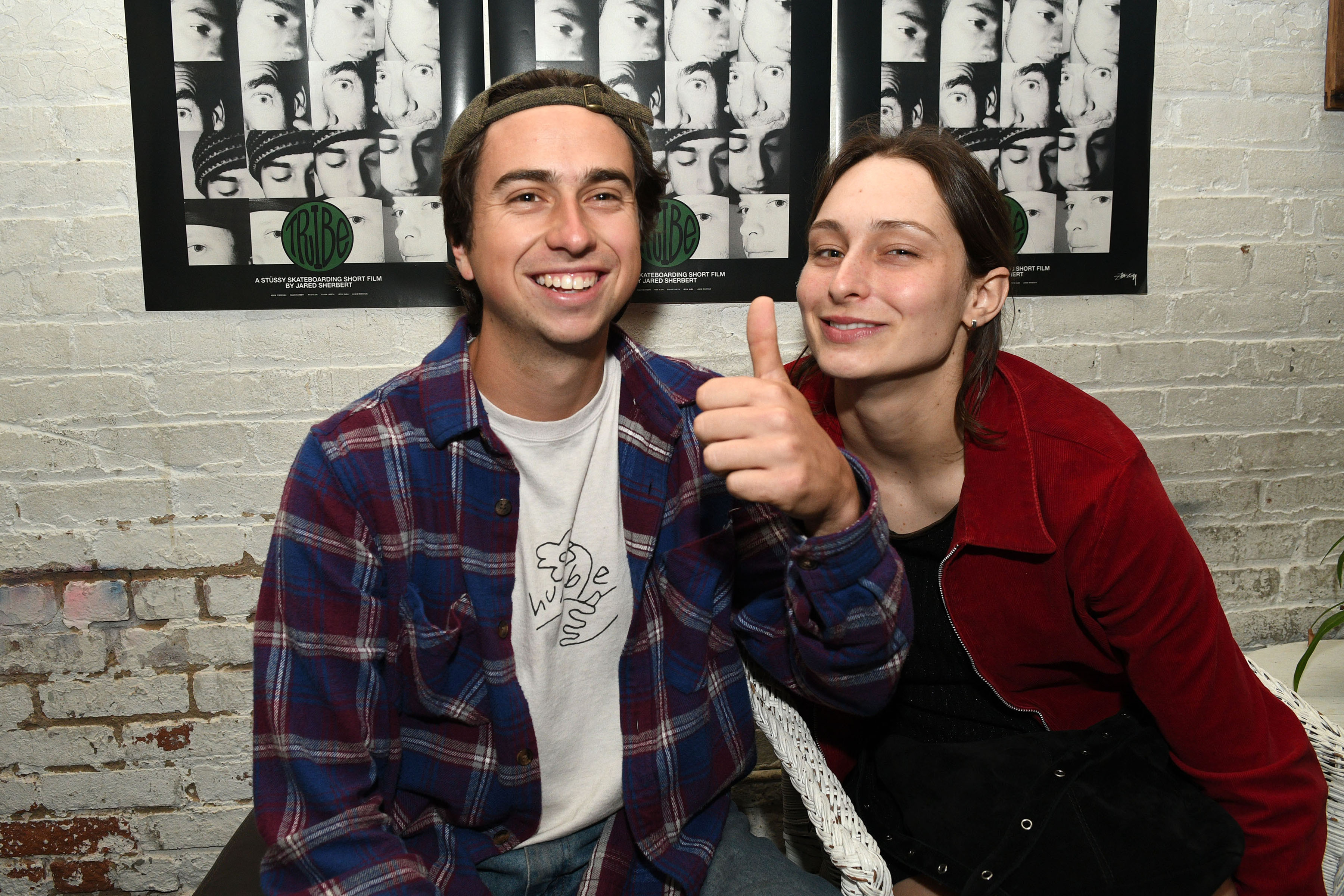 Jesse Alba was there (and also in the video). He’s got a couple of fun tricks and even one at the Brooklyn Banks when there was a hole in the fence for like 3 weeks. Now I think it’s relatively closed off again. If you are bummed you didn’t get to skate it reminiscence with the Jenkem Family archival footage we have from 1993. 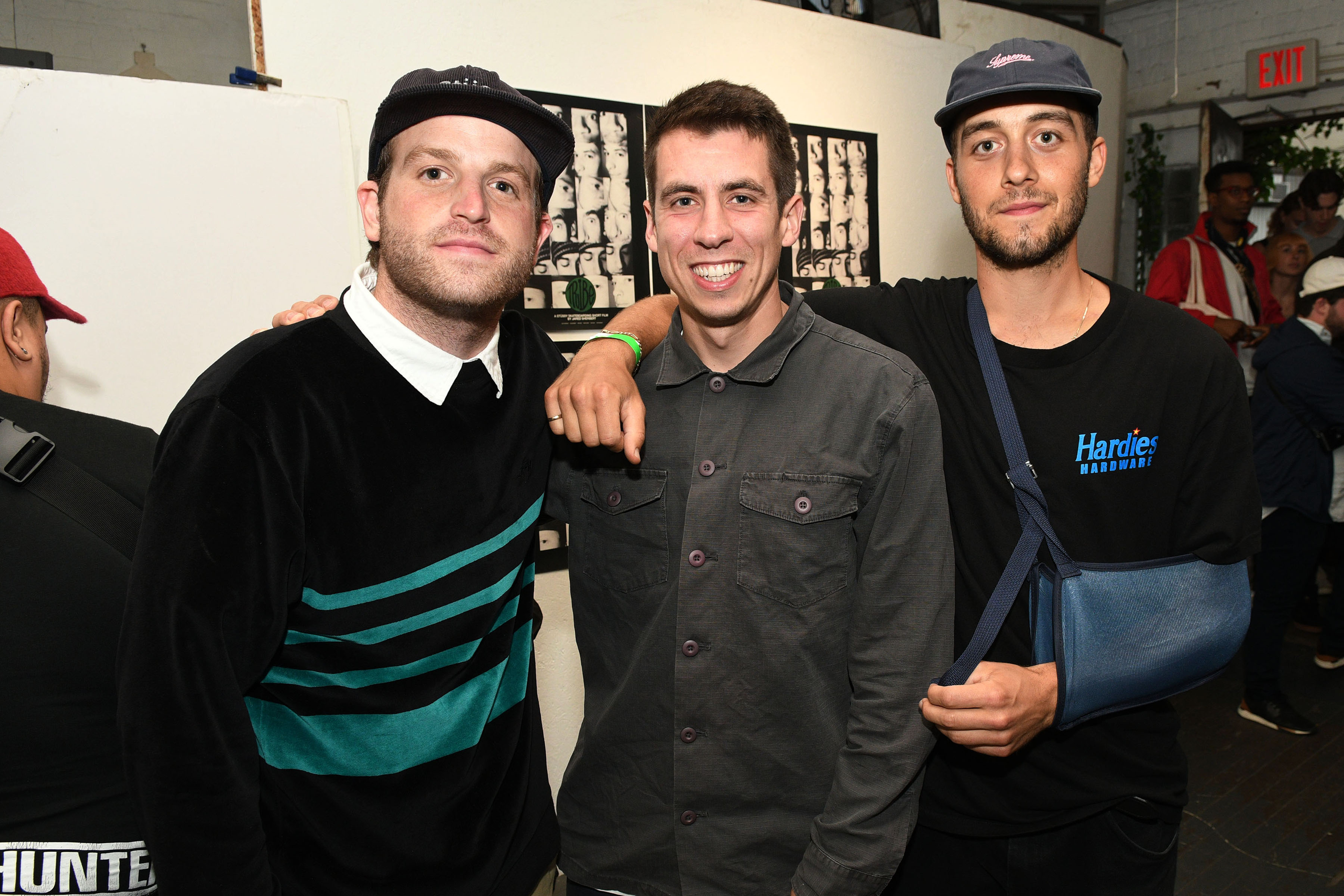 You may know Johnny Wilson (in the sling) from his independent videos Paych and Beef Patty. In high school, a kid I knew broke both his arms and his mom or a friend had to wipe his ass for weeks. Honestly, I’ve been deathly afraid of breaking both of my arms skating since. Only now do I find out that they make these “long reach” extender things that help people fat/broken arm people reach their ass. Techy! 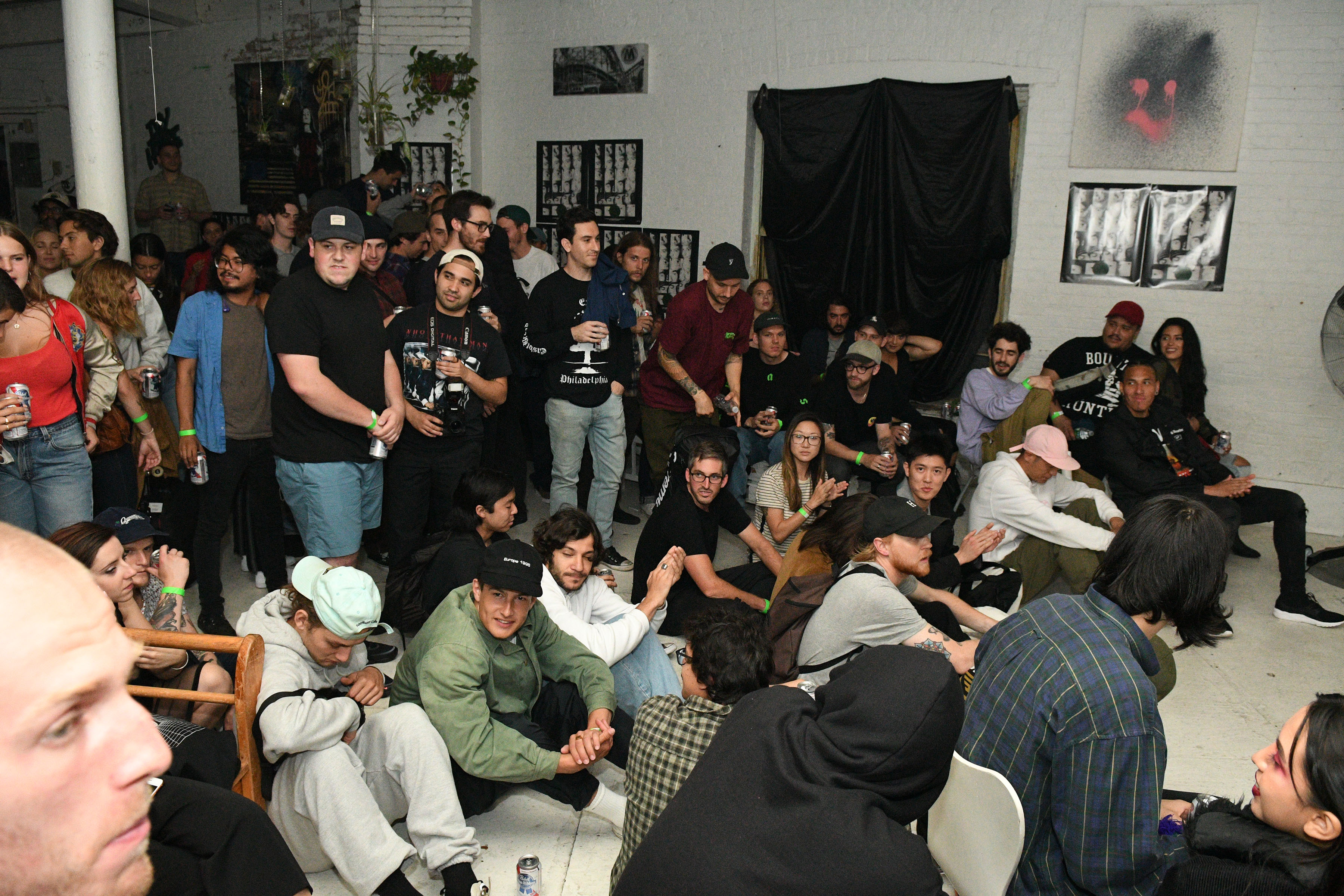 Stussy has come in waves with skating, but I’ve always been stoked that they’ve worked with and supported Goldie for so long. He’s basically like Mark Gonzalez of Drum n’ Bass and the founder of the Metalheadz label. He’s been repping Stussy forever, and has a new album (which kinda blows) but if you want an intro course, check out his LP that changed the game in 1995, Timeless. 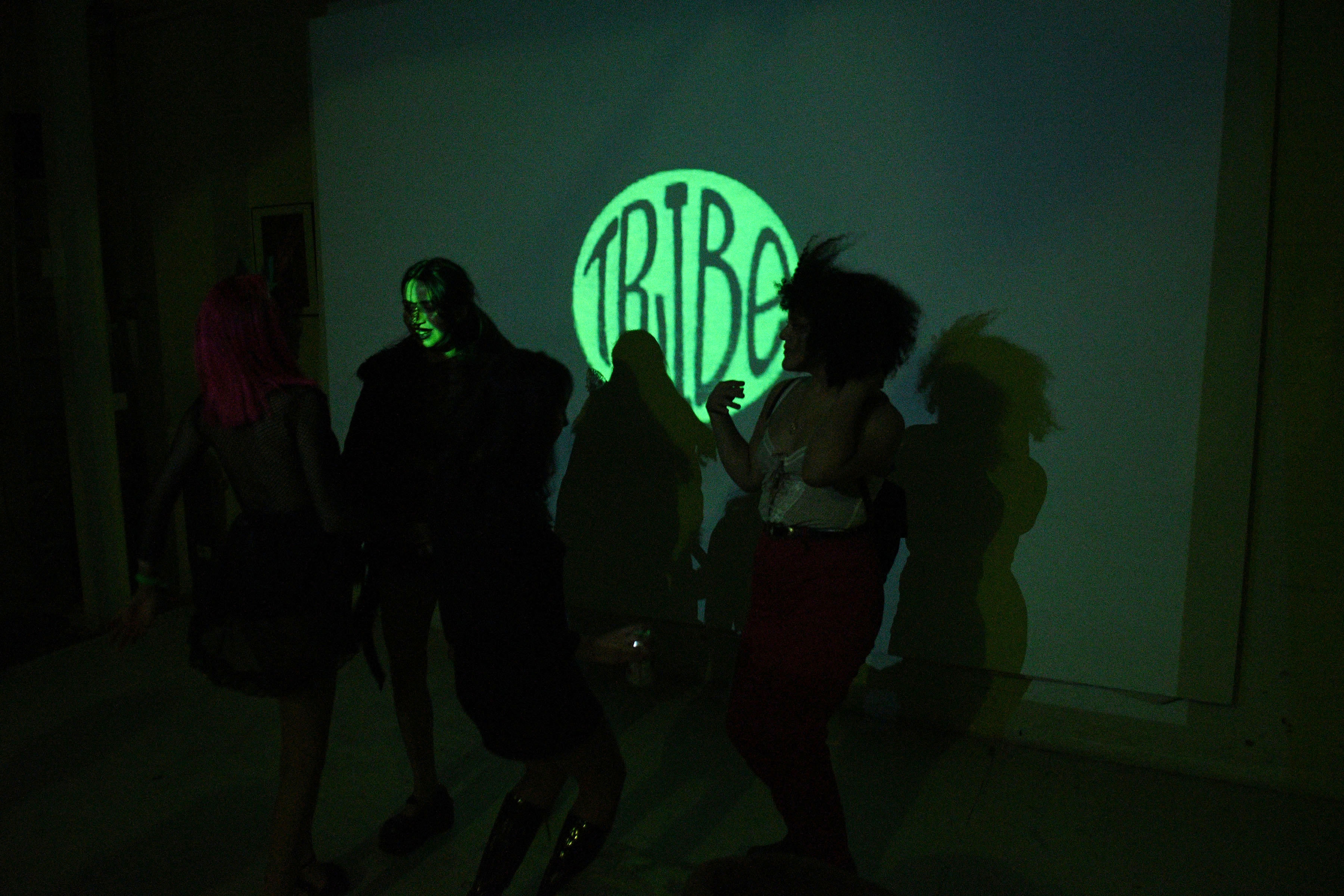