BEHIND THE SCENES OF TAMPA PRO 2015 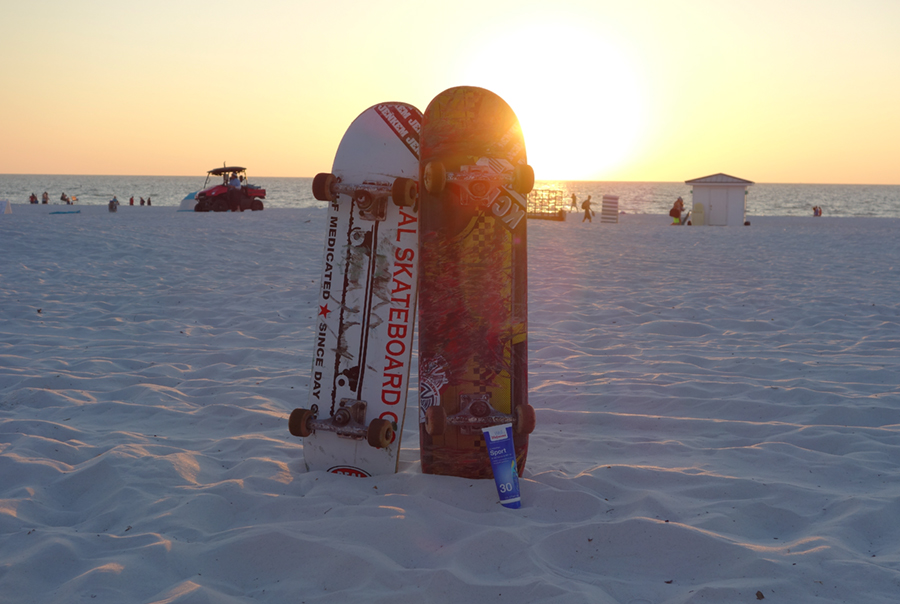 It’s our 7th Tampa Pro in a row this year, and I always think – why do we keep coming back? There’s amazing skateboarding of course, nice weather, and all that, but is that really it?

To me, it’s because it’s an escape from real life. A total skate nerd fantasy weekend. Rules do not apply and anything you wouldn’t do or get into at home, seems to be fair game in Tampa.

Everyone from skateboarding comes together, no matter what “skate clique” they are in, hangs out and pays respects to one another. It might sound cheezy but where else can you go and see the best skateboarders in the world, from Mike V to Luan Oliveira to Aaron Herrington all skate in the same contest? Nowhere. The crowd is fanatical, the after parties feel like house parties and the strip clubs are the best in the USA.

Here’s our documentation from one weekend in Tampa – a wonderful, horrible place, that just so happens to be the home of the greatest skateboard contest in the world. 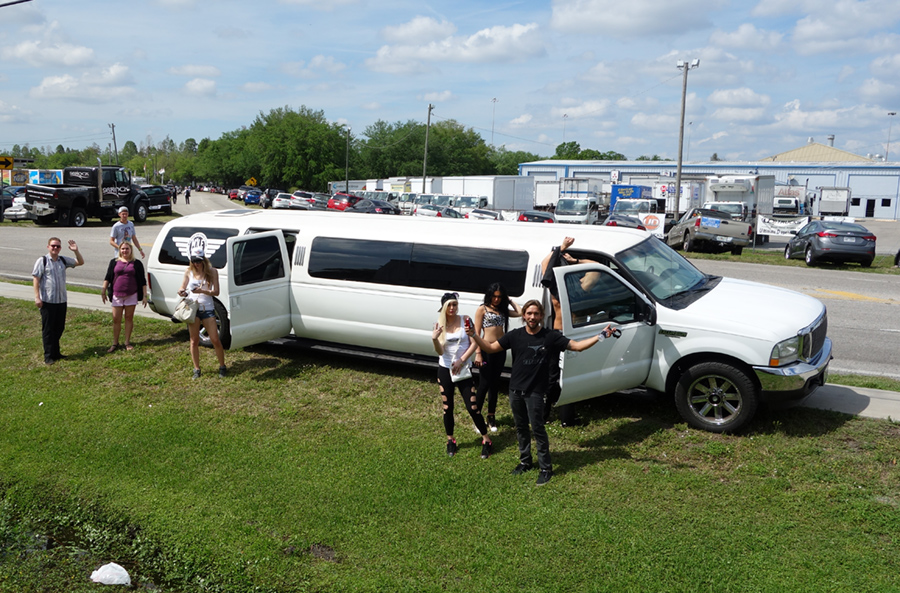 To start off the weekend, we hooked up with Jared from The Boardr, who helped arrange a limo service from Mile High Club with some strippers to pick us up from our hotel and drop us off at the contest. In my head I thought it would be the greatest time ever – thinking we’d drive around, get drunk, party for a couple of hours and then eventually end of at the skatepark and get amazing photos. It was only until that day came, when reality slapped me in the face: the daylight, the hangover from the night before, drinking at 11am and a bunch of tired ass strippers from working all night. It wasn’t exactly like in the movies! 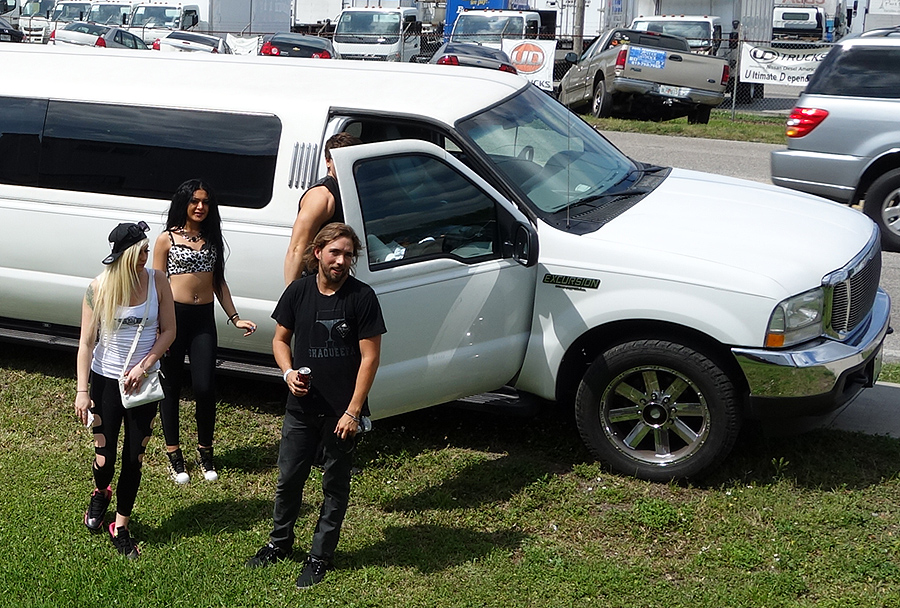 Although it didn’t turn out exactly how we thought it would, Jared really pulled through with the arrangements and was an awesome dude to party with over the weekend. He’s in charge of opening up a new Boardr store location in Gainsville too (coming soon). 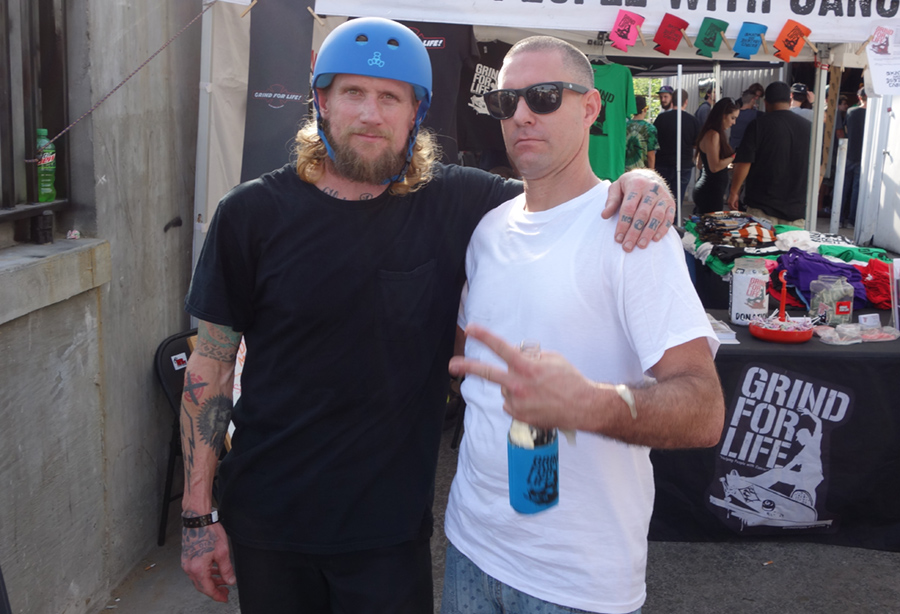 Mike Vallely and unknown man fan. I love how when Mike V stops by, he just tears the place down. A lot of people were whispering about his helmet, which is a new thing he just started, claiming that he will never skate helmetless again. But if there’s one man that can pull that off, it’s Mike V. And if you make fun of him for it… well… you know the video…

Then he decided to shut down Tampa. He didn’t really do a traditional contest run but he went to war with this trick and everyone went crazy. Before each run he’d punch himself in the leg and psych himself up like he was riding into a bloody battle. At first he had TNT by ACDC playing but after several bails, switched to Hit’em Up by 2pac, and stuck it. Who would have known. 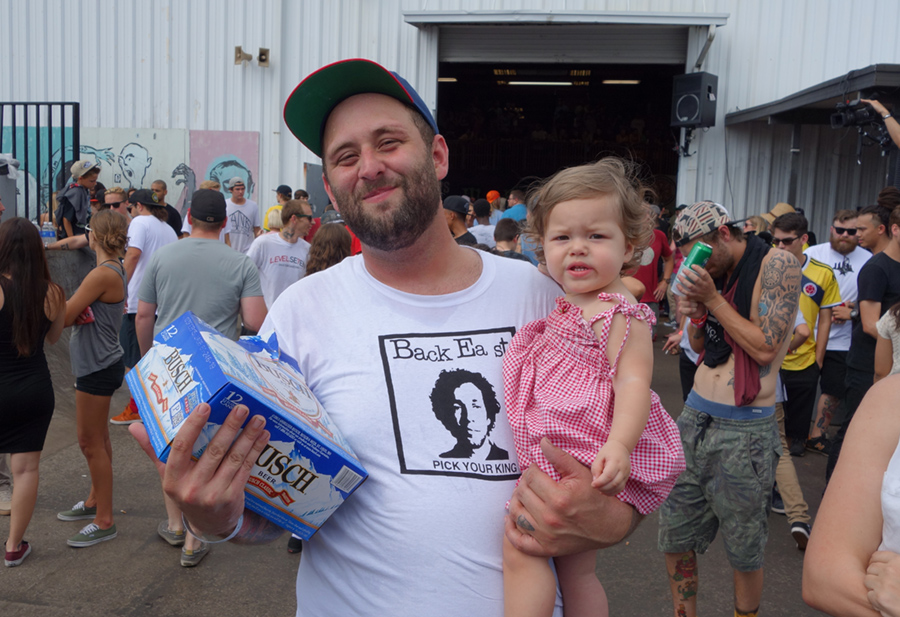 12 pack of Busch in one hand, your 2 year old daughter in the other: the Tampa way. 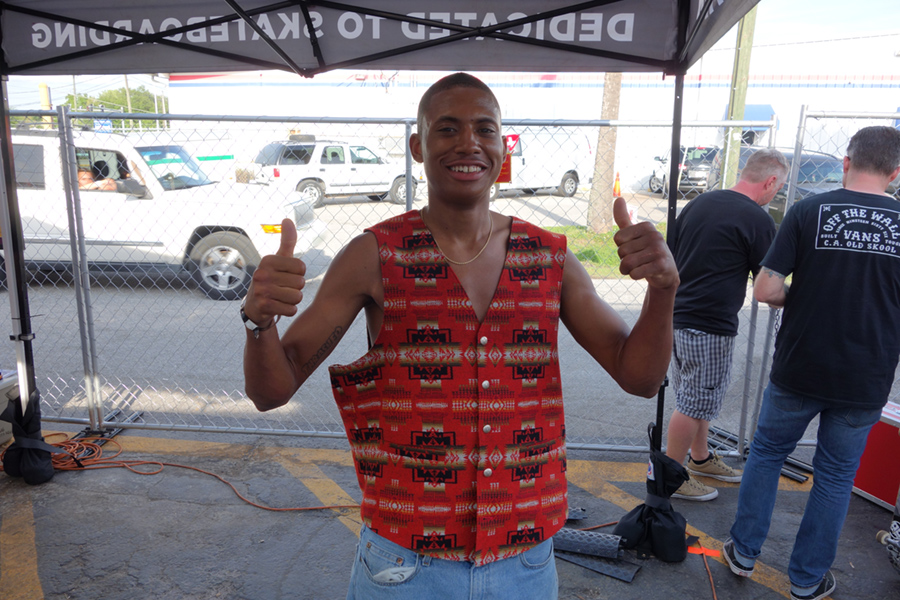 Everyone loves Ishod, this vest is just one more reason to. 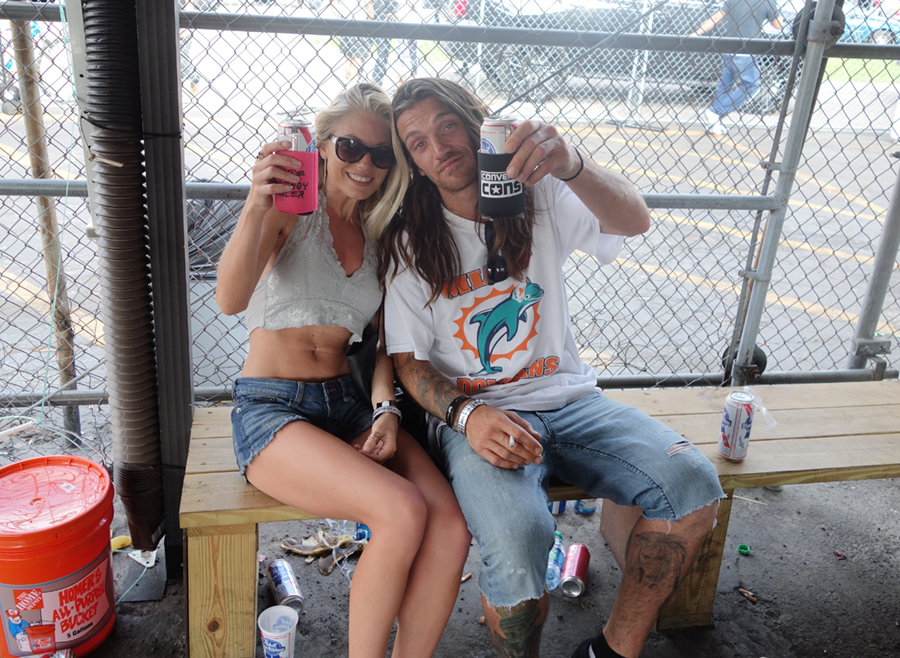 After not seeing him for several years, was happy to see Adam Dyet back in the contest scene again. We’re big fans, but made a joke about him winning the Tampa Dirtbag award on Instagram and he got all pissed off. Oh well, sorry Adam. 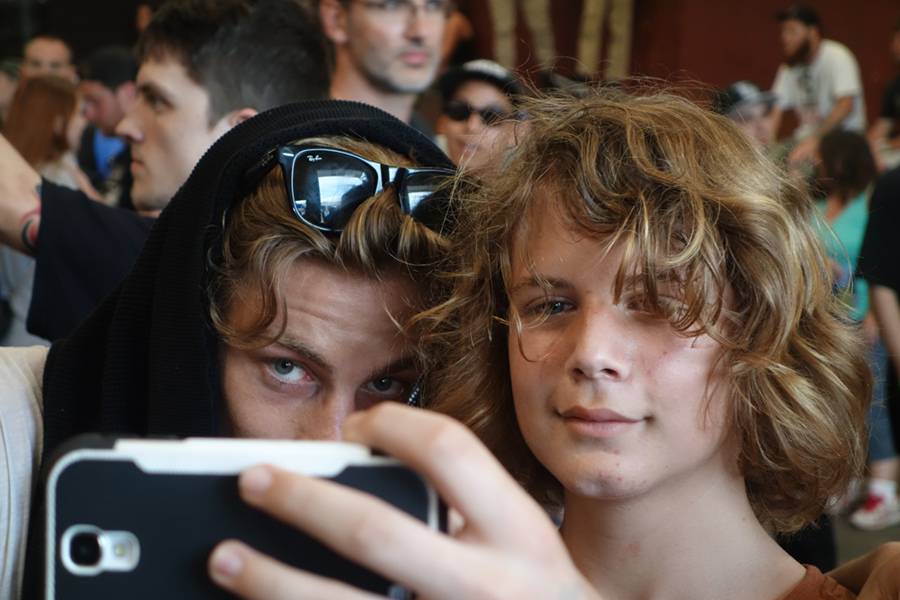 Ben Nordberg pulling out Blue Steel for this selfie with a young fan. I knew Ben was a model, but just found out recently that he’s like… seriously, a model. He doesn’t just do skate gigs here and there, he takes that shit seriously. 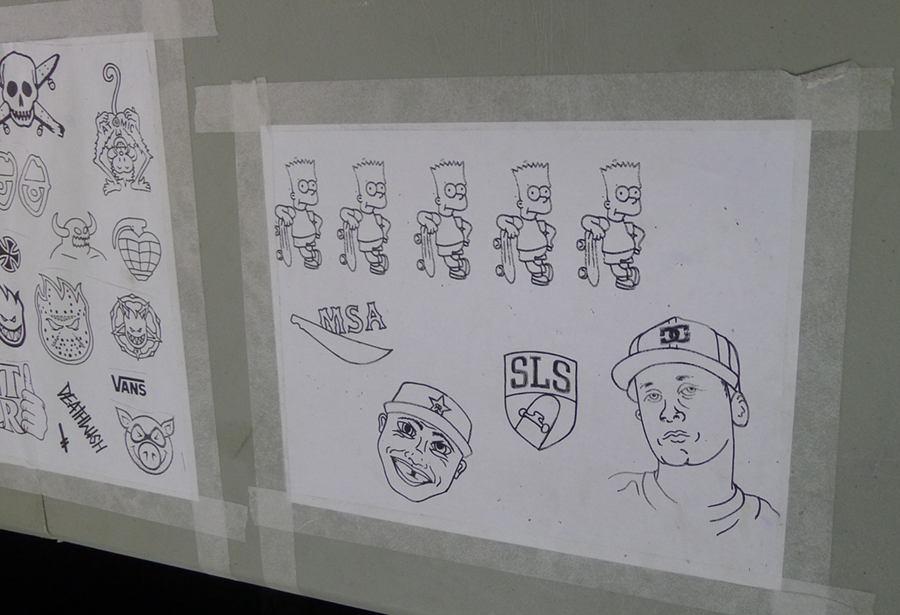 The tattoo table at Tampa Pro where you can get any of these fine logos branded on your body for life. I guess in Tampa, a company like Pig Wheels is still relevant. I like Rob Dyrdek too, but I’d love to meet the kid that’s hyped on getting his face tattooed on him for life. (Then again, I’ve heard about the fans that get his signature tattooed on their arms.) 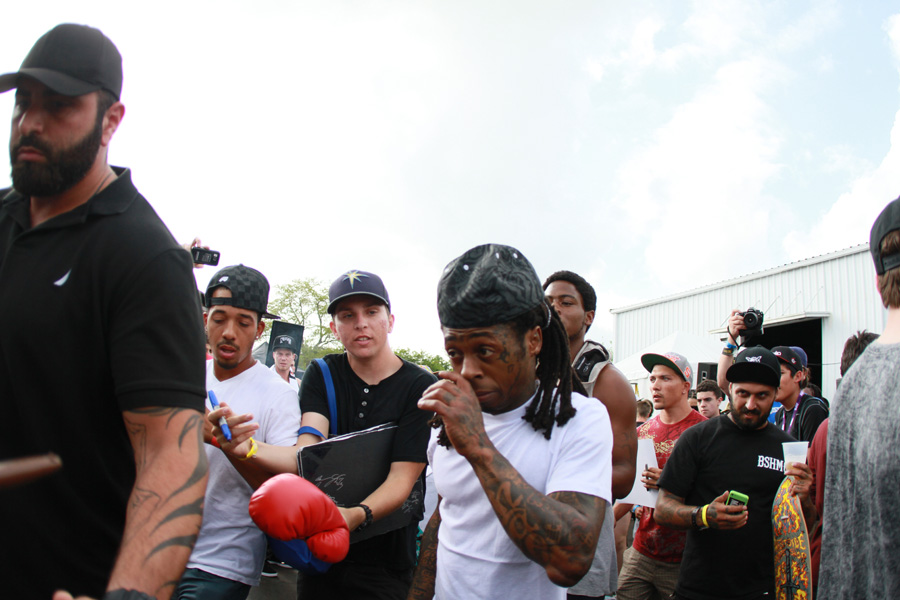 For the last several years, Lil’ Wayne has made an appearance at Tampa Pro. Everyone knows this, even our Taxi Driver lit up when we mentioned the contest and said, “oh the big contest? I hurd Lil’ Wayne gon be there!”

The Finals and the run that won it all. In my opinion, Nyjah’s run was actually more difficult and had harder tricks but Luan just tore up the entire course, and made use of every nook and cranny. If you were there, you just felt it in your gut – it was the winning run. It’s kind of a similar situation when Busenitz beat Nyjah back in 2011. Busenitz didn’t do the hardest stuff, but he won 1st place. Paul Zitzer summed it up nicely that year, “Everyone was doing hard tricks. Dennis was skateboarding.” 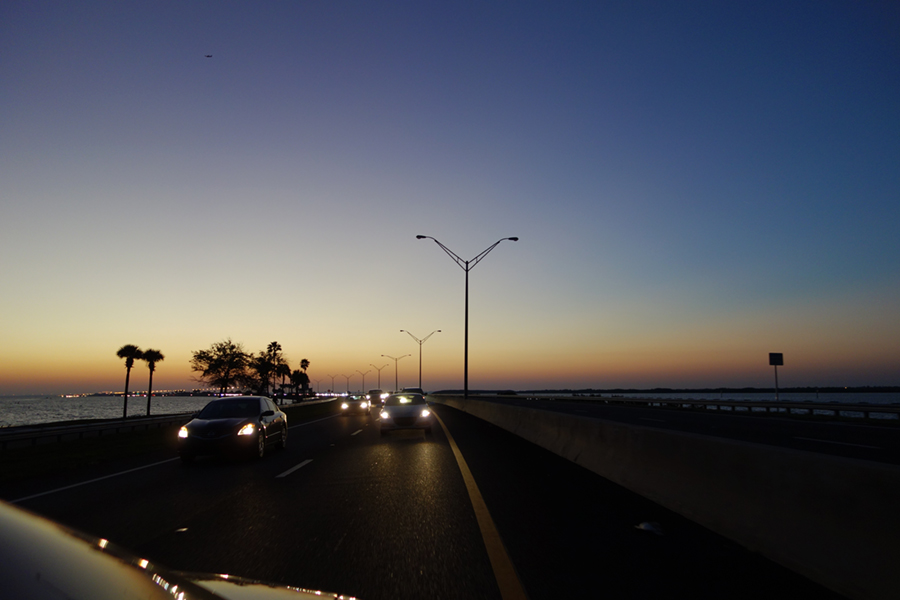 After the contest, we dipped early to hit Clearwater Beach to unwind before going out in Ybor for the night… 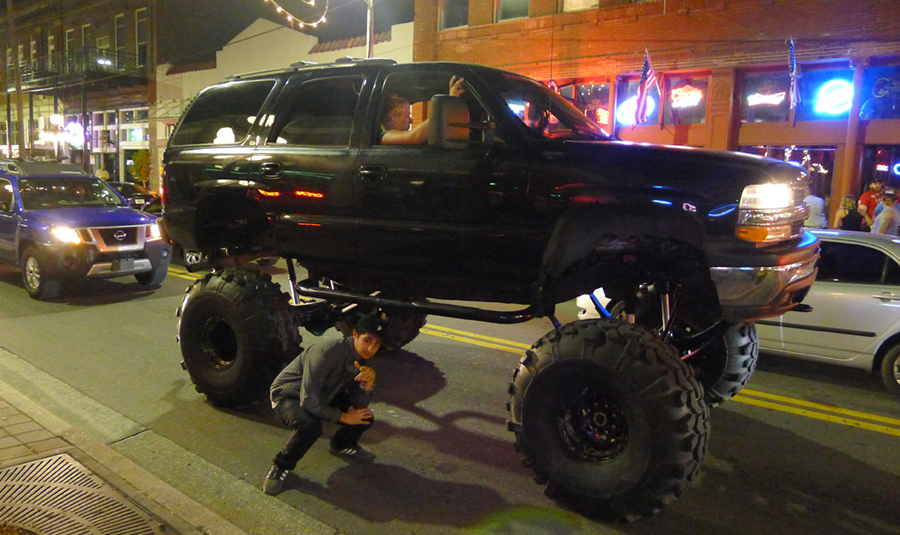 In Tampa you can find all sorts of cars, donks, and assorted vehicles but this mini monster truck stepped it up. 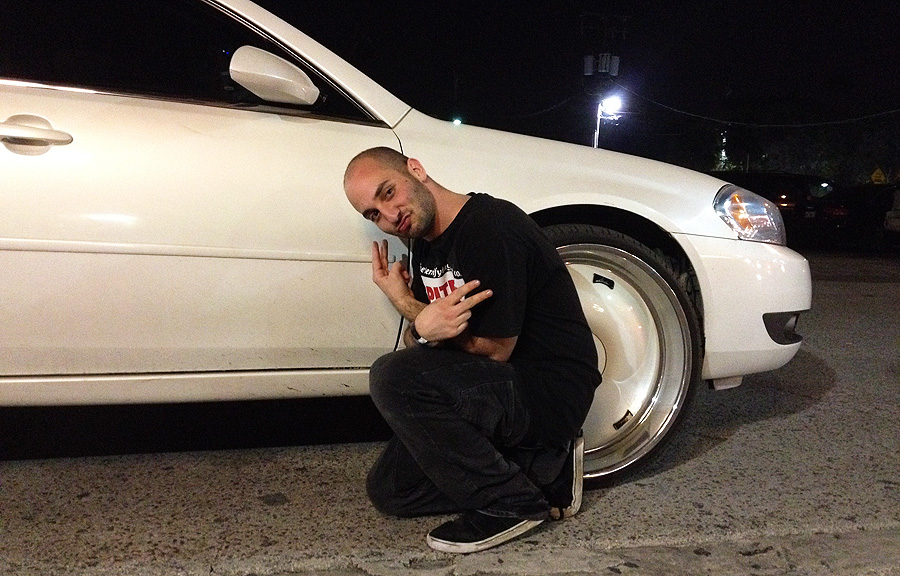 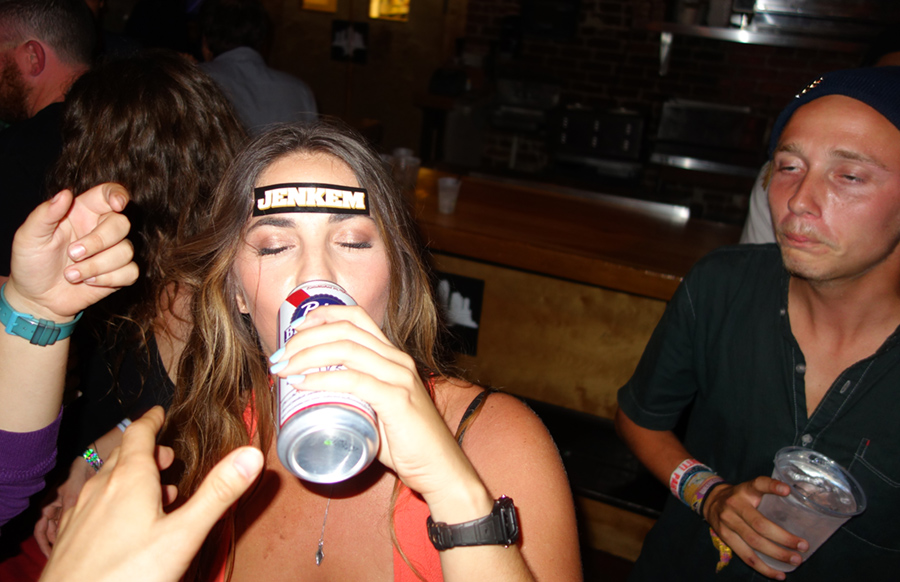 Not sure what’s going on with the guy on the right, but he clearly has had enough to drink. 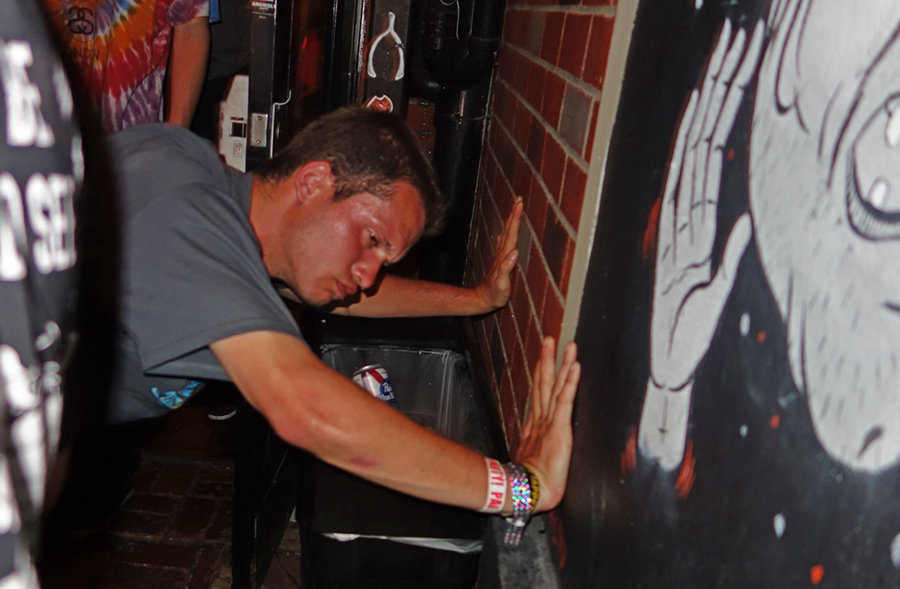 The difference between party people in Tampa and another city is that there’s no shame. Most people, after they throw up, call it quits and take themselves home somehow. Not in Tampa. It was only 10pm or 11pm and this guy, bends over, throws up for a good 2 or 3 minutes in front of everyone into the trash can on the padio, gives everyone a thumbs up, and continues drinking. 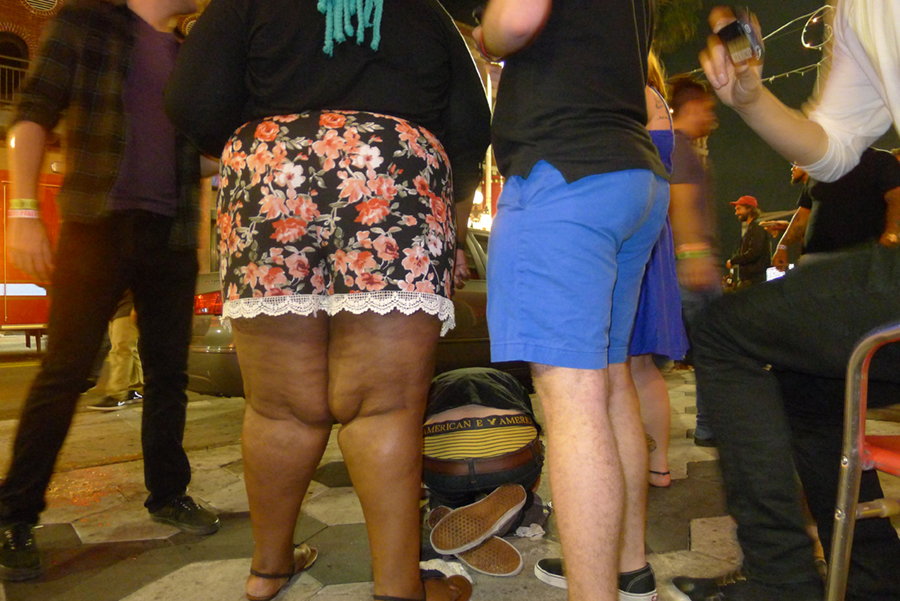 Not really sure what’s going on here. 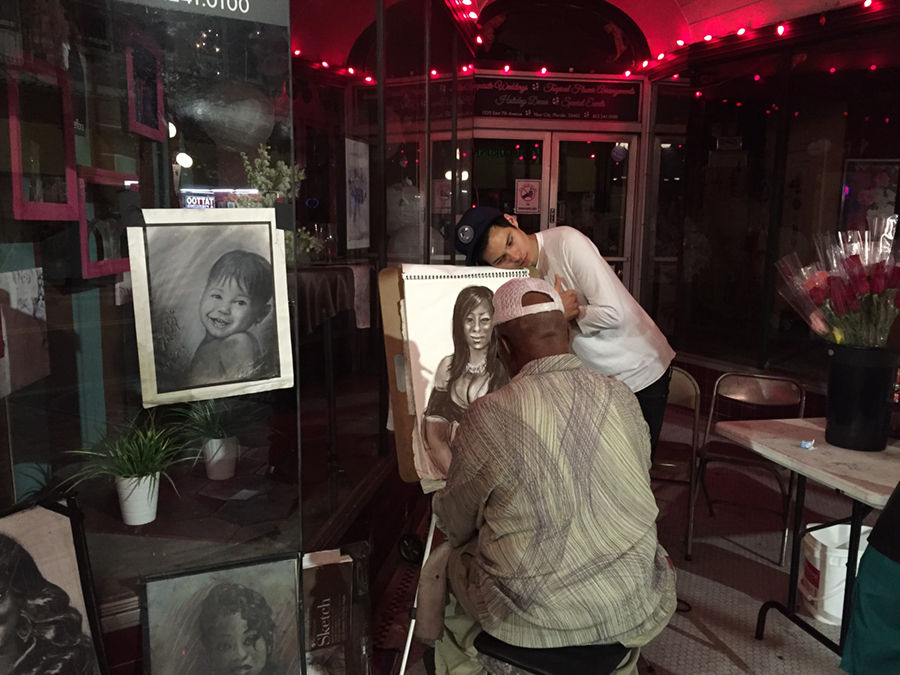 Ian getting his portrait done. 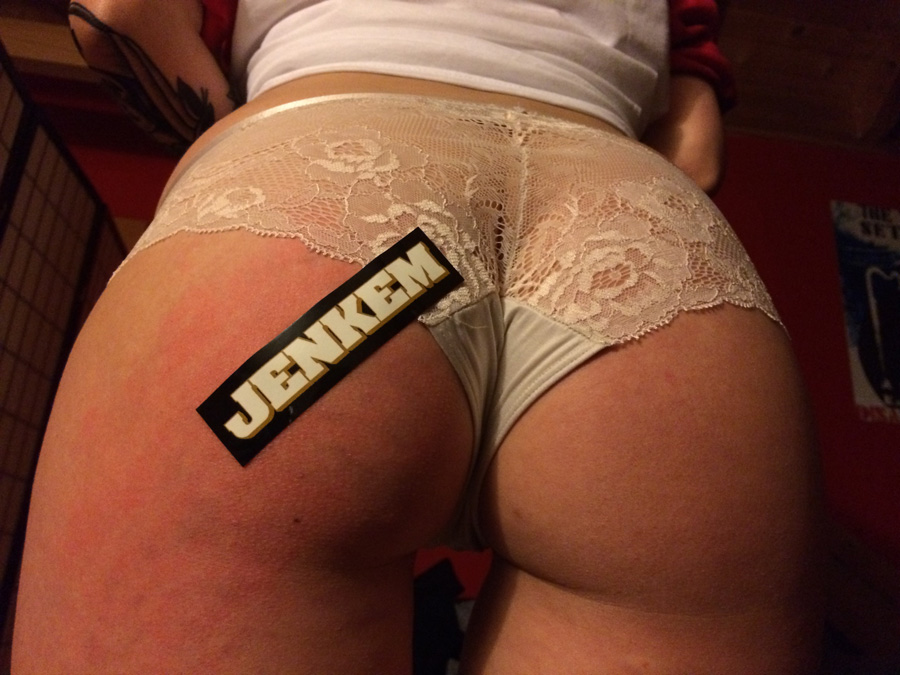 Words & Photos: Pascal & Ian
Special Thanks to: Jared Currey, Bryan Emery, Mikah Collins, Brian Schaefer, Paul Zitzer, Eric McKenney
and everyone at the Skate Park of Tampa and The Mile High Club.
Rant, comment or bitch on our Facebook
Let us spam you on Twitter