THE FUTURE OF ZERO & FALLEN WITH JAMIE THOMAS 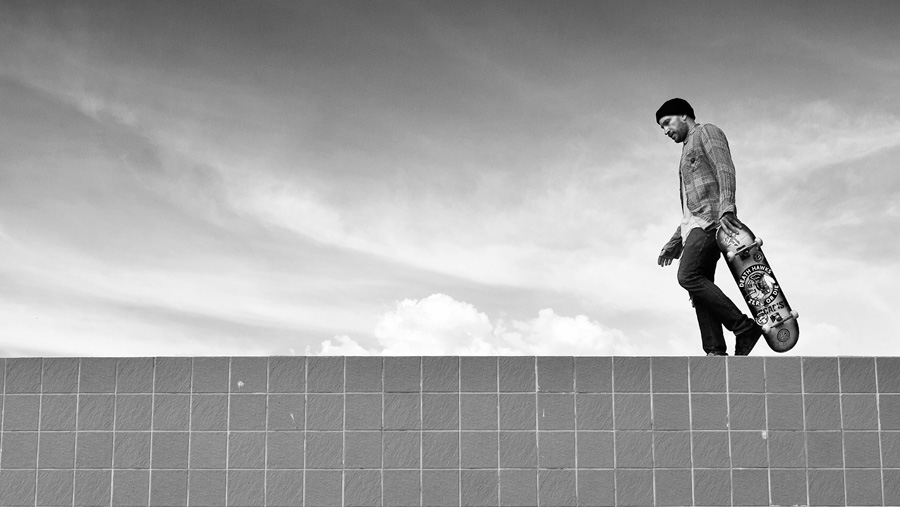 It’s no secret that Zero, Fallen, and the other skate brands under Jamie Thomas’s Black Box Distribution roof have been hurting for the last couple of years. With constant team changes and persistent layoffs, we all knew that some major announcements were coming soon. To my surprise, Jamie gave us a chance to talk about it, and I jumped on a call with him early this morning to break the news. For now it seems that Fallen and Zero are moving out to Dwindle distribution, and the brands will indeed continue with Jamie along with some new supervision.

Apparently Zero and Fallen are leaving your distribution (Black Box) and will be under Dwindle Distribution now. What exactly does that mean for these brands?
It means that in the coming months, Dwindle will be taking over the sales, finance, production and distribution aspects of the brands. Yeah, the brands are remaining independent and our crew will be focused on the team, marketing and creative aspects of the brands. For as long as I can remember, I have been pulled in a million different directions and have had the constant feeling of never being able to focus on any one thing long enough to have a positive impact. My passion for the team and marketing side of things is why I started Zero after helping Ed with that stuff on Toy Machine; ironically I have had less and less time to invest in the stuff I have the most passion for and I’m over it. This isn’t all about me though, the team and employees need stability and we’ve been shook to the core with how the changes in the industry have affected Fallen over the past 5 years.

As far as what changes, soon you’ll call Dwindle to buy our shit; the good news is that all of our sales reps are being offered positions, so hopefully you’ll get to speak to the same dude you’ve been speaking to for years. All of this is exciting for me because we know Zero and Fallen have the stability and focus needed to start growing again.

What is going to happen to all your other brands like Threat, Mystery, Slave and Black Box Distribution itself? Are they done?
We are selling the last run Threat boards now and the other brands will continue on through Black Box for now. 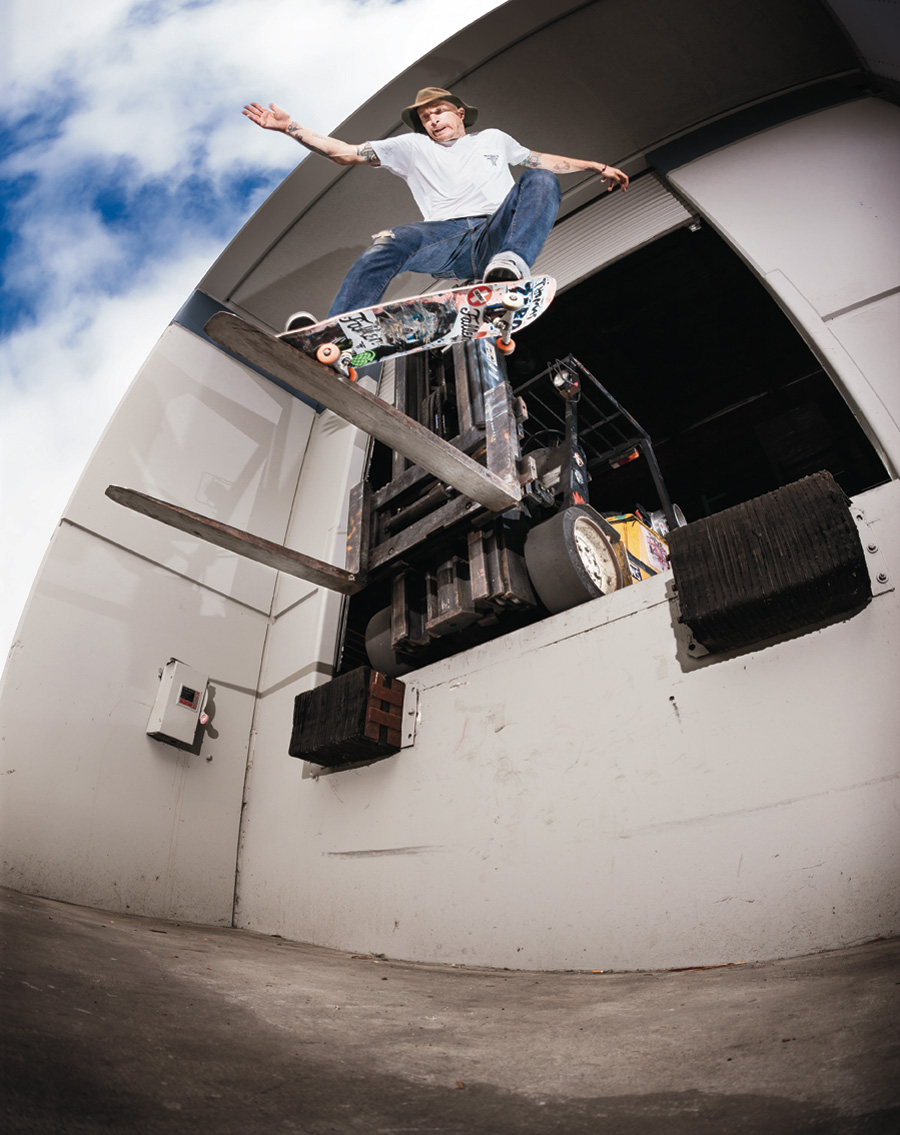 Recently Trevor Colden left Mystery and you apparently made him pay you his personal account savings of $15,000, to release him from your company & contract to join Skate Mental. Why $15,000 and why did you make Trevor personally pay for it, instead of Skate Mental or a brand?

Trevor is the first person that has ever had to buy out a contract with any of our brands. Usually you can both come to agreeable terms and it’s not necessary, but with Trevor this wasn’t possible. When Trevor started riding for Mystery he already had the reputation for not being loyal to the sponsors that had helped him that far, which is always a little concerning.

Nonetheless, he is an amazing skateboarder, so we accepted the risk. He progressed quickly and was getting a lot of attention; this attention gave him the confidence to ask for consistent raises and a plan for his future. Because it felt like he had it in him to leave if he got a better offer, I said the only way we could schedule out a few years of raises and guarantee him a pro board was for him to be in contract, so we’d have the security of knowing that he’d be on the team long enough for the company to benefit from the money we were investing in him. Meanwhile he went through several of his other sponsors with little regard for the brands he was leaving. The demand was there for him to turn pro and we mapped out his pro boards and he even signed off on all of the graphic ideas and we had them made. He was the big push for the next year of Mystery.

Then a month later he said he wanted to quit and ride for Skate Mental. I told him that we had a lot in the works and it wasn’t that easy, we tried to get him to agree to giving us 6 months to carry out the plans we had all agreed upon and we’d let him out early for the next tradeshow.

I heard that dudes at Nike were encouraging him to ride for Skate Mental and I felt like if they or Skate Mental wanted it to happen overnight then they should pay what Mystery will sacrifice for losing him. We calculated what that was for the term of his contract and it was roughly $30k. That’s obviously too much for anyone to pay, so we told him if he could get Nike and Skate Mental to pay $15,000 we’d let him out today and eat the rest. The next day he announced on Instragram that he quit. I called Staba and we talked about his contract and Staba was like, “it’s on him to figure it out”.

So Trevor paid it himself. I never felt good about it as it was never my intention to make him personally pay for it, but I think the way he went about it left him in a shitty situation and that was no one’s fault but his own.

The money went to the Mystery marketing budget and helped pay his ex-team riders salaries. I didn’t get anything out of the deal except shit on my face. 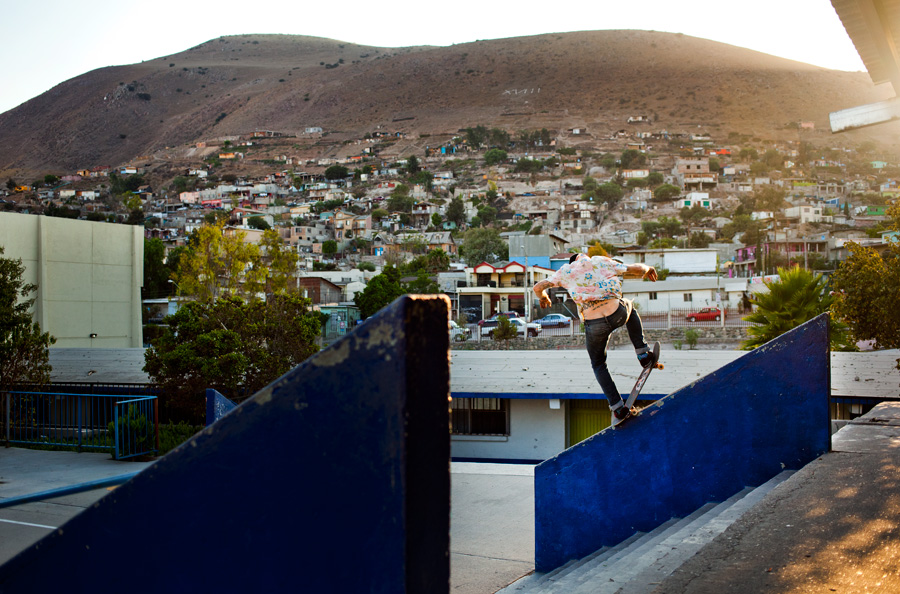 With these big shoe brands having such huge budgets and dominating so much of the market, how can a small independent footwear brand like Fallen possibly survive? Can you fight a tank with a stick?
The only way you can compete is to have a clear point of difference and to have riders and employees that truly believe in the brand. It seems like the shops and even kids are looking for something different to what that masses are doing. This provides opportunity for the core brands. For example, Active stopped carrying Nike all together because they didn’t see eye to eye on where things were headed. Since then they have brought in more Emerica, Lakai and Fallen in order to fill that void in sales. Active has 21 stores, so that’s exciting shit!

A lot of brands that were founded in the 90s and early 00s seem to be hurting now or have already gone out of business or been sold. Do you think this is just the natural life cycle of skateboard companies (cap out at 10-20 years old) or are there other major external factors?
I do think there is cycle related aspects to it, but I think most of these brands face the same challenge, which is trying to reinvent yourself. It also seems like a lot of brand owners get burnt out and want to cash in their chips and take some risk off the table.

Do you think that the Zero image is tired? How can a brand like Zero reinvent itself?
Haha, I hope not! I think there’s lots of ways to reinvent yourself, but the clearest example for me is Cold War. I felt the need to get back to our roots and make a video that felt like the stuff we made in the 90’s, so that’s what we tried to do. Sometimes reinventing is going back to where you came from and sometimes it can be a totally new direction, but for us it’s clear we need to pull inspiration from where we came from because all of the dudes on the team grew up watching Misled Youth and that’s the part of Zero they relate to. Our challenge is to recreate Misled Youth.

What is pro skater Forrest Edwards to do now that Threat is done?
We have offered Forrest to go on our next Zero tour to see if he can get down with the dudes on the team. We’ll see how that goes…