IS THERE LIFE AFTER PROFESSIONAL SKATEBOARDING? 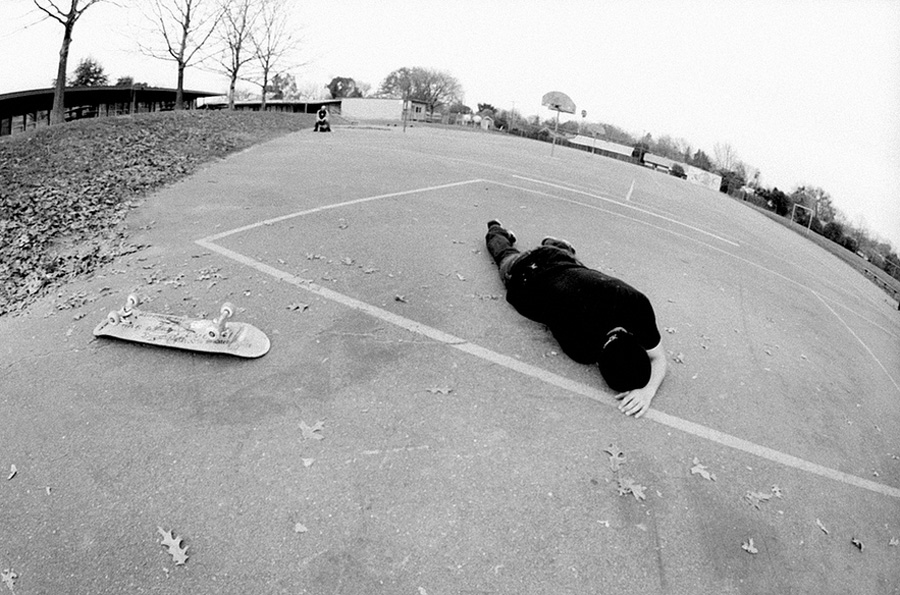 Skate careers start. And then they end. Some are transitioned straight into the skate industry. Some. But for everyone else, when it ends, whether it’s by choice or by getting the boot, the transition into the “real world” is something unexpected and rarely thought of.

I was broke, with torn ligaments in my left ankle, sitting on the couch in our West Hollywood apartment, sipping a bottle of booze, and just missed filming for the next Foundation video.

It was time to face it.

I was once one of the lucky ones. I was able to turn my skating into a mini-career in my 20s. Going on tours with some of my favorite skaters, living with them, and never having a 9-5, were things that I took great satisfaction in.

But a long-standing injury meant a lot of time off my board, which put me in a place that I didn’t expect. It was already time for me to think about what was next. I hated that thought. It was something that lingered in the back of my head for years, but it always felt so far away. It was something I would always figure out later. 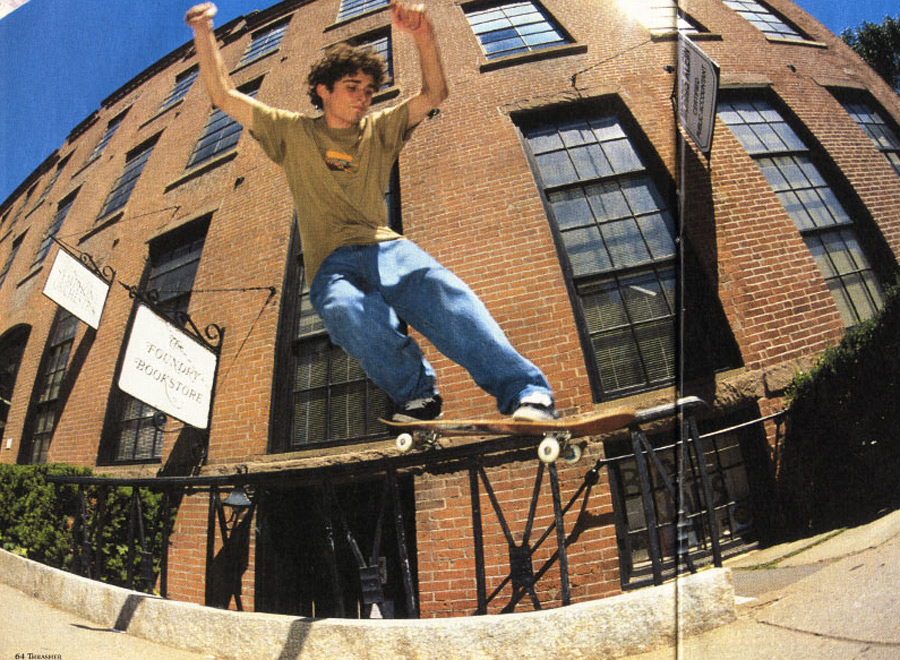 Skating’s distinctive. It’s what makes us removed from sports in high school or what society considers, “fitting in.” We adapt to being outsiders. We get comfortable being one. We take pride in it. It becomes our identity. And it’s who we are for the rest of our lives.

How do I explain the feeling of coming to terms with having to move back to Connecticut, quit my sponsors, quit my dream, and try to see where I fit into the world, after only knowing, only being, a skater?

I never had a real job. I didn’t wake up and go to work. I’d been part of the Warner Mob, in Huntington Beach. I lived with Steamer, Ellington, Shane Heyl, Maldonado, and whoever else was sleeping on the couch that night. These were the prime days of the Piss Drunx. It was crazy, amazing, unhealthy.

Our lifestyle didn’t fit into a box. Being woken up at 3am with a full bottle of Jack was standard issue. We were too young for hangovers and it only got wilder when we moved to Hollywood.

Here’s the thing: if you’re living that lifestyle and aren’t being productive on your board, you’re just a pile. We know it now and we all knew it then. So, on this particular day, I looked in the mirror, saw a pile, and had to face my existence. 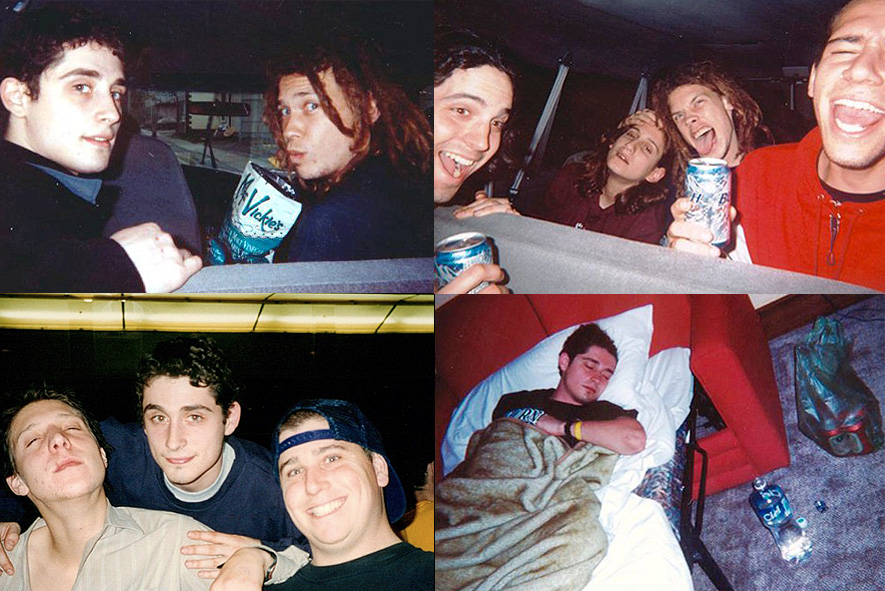 From that point on, I moved back in with my mother in Connecticut. I didn’t have a clue what the hell to do next. I had no real skills. I could still throw down on the board because my foot was healing, but you can’t use that on your resume.

Procrastination ensued, as I resorted back to the only lifestyle I knew. Skating, partying, and staying with friends were a priority. The alternative was still too fucked for me to face. Because what’s the alternative? Working at the gas station? Being the warehouse guy fetching bags of cement? Selling shit at Home Depot’s garden center?

Many of us that step out of the skate industry after making a living at it are left over as society’s bottom feeders. We don’t have anything to offer. We don’t have a degree. We don’t write with proper grammar. We speak our own language. We don’t want to talk about the Phish show you went to last weekend on spring break. Fuck you and fuck that.

But I was now alone in that world, on my own. I had to put on the face and force myself into the room I didn’t want to be a part of. I had no choice. I was quiet, insecure, and felt completely fraud when even speaking to someone outside of skating.

”I was 24. I was behind in life. I started at the bottom because that’s where I belonged”

I started at the bottom because that’s where I belonged; the gas station cashier, the warehouse fetcher, the 86’ Chevy Corsica driver. The apartment that only had a kerosene heater billowing black smoke at night, turning my skin green the next day. Minimum wage.

The same masochistic way of accepting pain I took when jumping down stairs and rails is what I decided I would shift my mentality into being in this new life. The difference was that skating was fun. I accepted the pain of skating every session. I truly loved it. It took some mental tweaking, but I also accepted the pain that I was about to face in this new path and moved forward. It’s what I had to do, just in a very different way.

I worked the shit jobs. I dealt with the egos, the meatheads, and the constant awkwardness that came with it all. I forced myself to become part of life’s normal society, gradually.

And I was bad at it.

Work parties where I would fill a pint glass with Merlot were frowned upon. Telling a story about vomiting out of a moving car on the highway didn’t go over well. Pouring a can of tuna into a frat guy’s beer funnel would get my ass kicked. So, I figured I’d keep shit to myself and pay attention to what I was now a part of. I was learning. 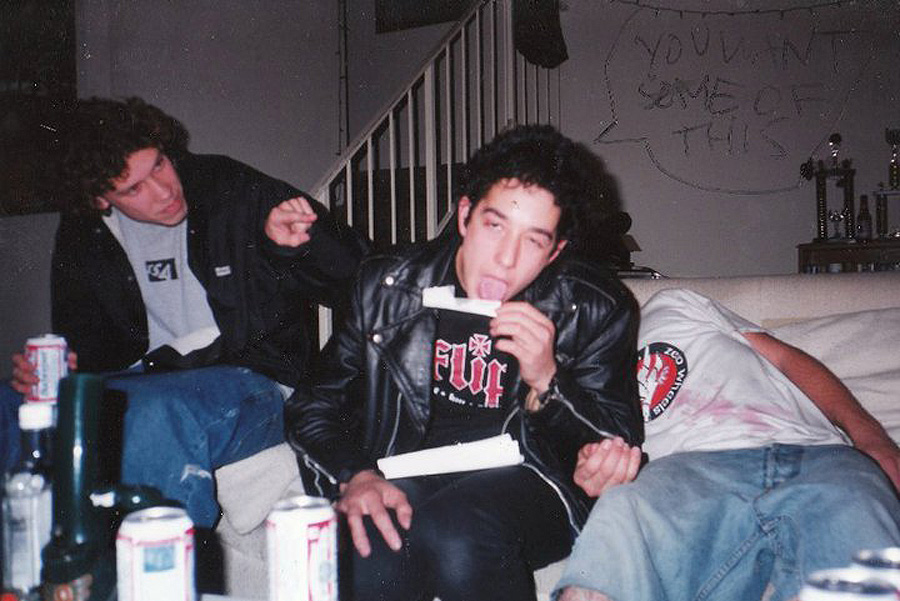 I started realizing we’re all a part of the same day-to-day struggle. We’re all scrambling to figure out where the hell we’re going. And that through skateboarding, I had retained and gained a hell of a lot more life experience than most of the people I was getting to know. This was the factor that separated me from all of them, but it was becoming one of the pieces that now gave me more confidence. I was proud of my past and proud of where I was going.

That was one of the aspects I was most apprehensive about; not being able to still be connected to my past, to skating, but as time went on, I saw that I could still hold onto it in this new life, too. Through the process, I found my way back to college. I started writing, took English classes, majored in Journalism, and began writing for video game websites.

As I got older, I had a distinctive dream that started to take shape. It felt similar to the one I had when I was a kid, wearing oversized elbow pads in the skatepark. I was determined to find my way back into the skate industry. And that’s what I set out to do. 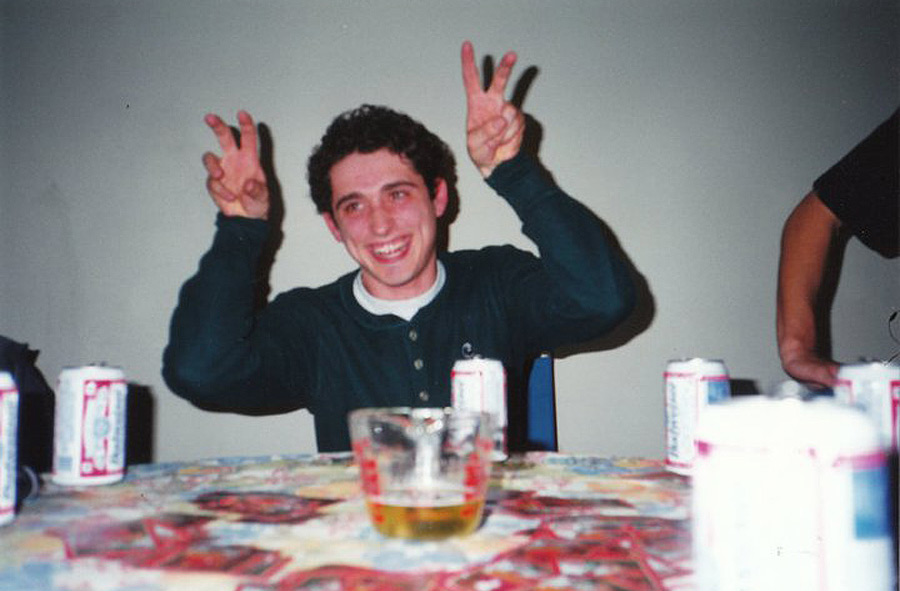 Some “light drinking” at the Warner House

I even went as far as to pull Don Brown, freestyle skate legend and SVP of Marketing at Sole Technology, aside at an Etnies release party, in NYC. I was there catching up with my old friend, Elissa. I told Don I was going to work for Sole Tech, but I wasn’t ready yet. I jokingly said I was going to call on him when it was time.

I was dead serious.

Years flew by and I started to grow up. I acquired new skills. New talents. Yet, through all of my changes and challenging circumstances, skateboarding was always there.

Last year I knew I was ready. I “called on Don.”

He agreed to meet me in Huntington Beach, on New Year’s Day, 2013. I explained I was ready to move back out west and be a part of skateboarding again. I told him my story. I pitched my new skills and what I had to offer. He gave me advice, took my resume, and we agreed to keep in touch. I flew back to Connecticut, quit my job, sold everything I owned, and drove back out to California two months later. 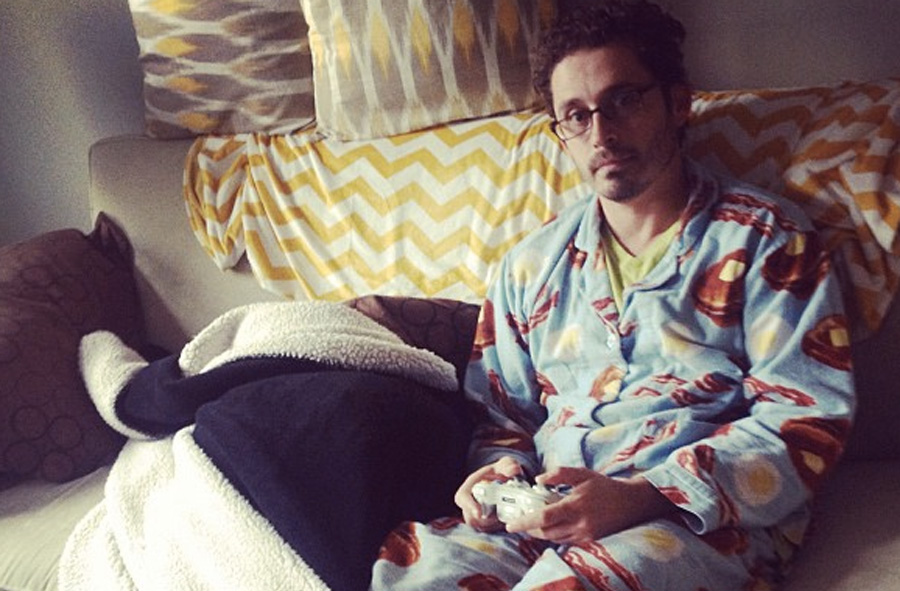 I walked into my first day of work at Emerica a month later, back in skateboarding, working with the tightest team and one of the best crews in the industry.

It was skateboarding that gave me the tools that enabled me to transition into the “real world.” I couldn’t see it at the time though. The thing that I thought had kept me so sheltered and embedded in a niche culture, was ultimately what prepared me for what was next.

The sprains, the traveling, the negotiating, the perseverance, the confidence, these were the contributions skating gave me to push forward. Sure, it didn’t directly add any tangible professional business skills to my resume, but it gifted me with the life skills necessary to obtain those things quickly.

The shit jobs, the awkward conversations, the insecure moments, the poverty, the kerosene heaters, the studying, the writing, the graduating, and the growing up: all fucking worth it. I exited out of skating’s back door years ago, but somehow managed to find my way back through the front.

Words & Photos: Tony DaSilva (@tonydasilva)
All sorts of crap over on our Facebook
Get brainwashed on Instagram