5 CLASSIC SONGS IN SKATE VIDEOS THAT WERE WASTED 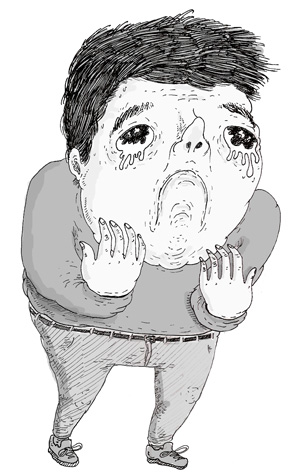 Most skateboarders know the unwritten list of untouchable skate video tunes by heart, like Rock ‘n’ Roll Suicide, Knights in White Satin, The Knife Song, and Like a Friend. In fact, the unwritten list probably is written down somewhere. However, I reject the notion that a song can only be used once in a video. There have been plenty of classic songs that have been wasted on dated skateboarding, random montages and mediocre edits, and I think these songs definitely deserve a second chance…

Used by: Lindsay Robertson, in ‘Dying to Live’

‘White Rabbit’ is a relic of the 1960’s, an era when copious LSD usage and tie-dye was accepted and widespread. Similarly, Lindsay Robertson is also a relic of an era past, when heelflip indys and parts with no lines were acceptable (no, a trick on flat followed by a rail or gap is not a line). His ‘Dying to Live’ part is not necessarily a bad edit, but so much more could be done with this song. Specifically, the overuse of slow-mo for the first half of the song is awfully uninspired.

Possible candidates: I’d love to see a part where the gradual build of the song is acknowledged with a section of lines at first, leading to a fast-paced “hammers” section. I bet Nick Trapasso could pull this song off.

Used by: P-Rod, in ‘Nothing But The Truth’

No disrespect to P-Rod, but this song (a personal favorite of mine) just doesn’t fit. P-Rod skating to RJD2’s eerie beats works but P-Rod skating to Thurston Moore’s screwdriver guitar riffs, not so much.

Possible Candidates: The first thing most skateboarders think of when they think of Sonic Youth is Ed Templeton, and this song would still be perfect in a Foundation or Toy Machine video. A full Ryan Spencer or Daniel Lutheran part to this song would be badass.

Used by: Jason Jones, in ‘Sane’

The steady beat, the breaks, the build, the finale, and seemingly every other element of this late 90’s Radiohead track make it seem like it was tailor-made for a skate video, but no one jumped on it for years (sans local parts, shout-outs to Nick Turner). Eventually, Digital claimed it for a Jason Jones part, but the edit was mediocre at best. (Slams and time-lapses montages? Come on). ‘Karma Police’ never got its proper due, and with the Radiohead hype dying down, it may never be use in its full glory.

Possible Candidates: It’s been years since I’ve heard a Radiohead song in a video, so holding on to this song may just be nostalgia at its finest. However, when Transworld videos were king, there’s no doubt that Jon Holland and Jason Hernandez could have made this song work for most anyone.

Habitat was still at the top of the game when ‘Regal Road’ was released in the second half of 2005, and Joe Castrucci does a great job editing the team’s tour footage to this underrated Pink Floyd song. Just look at the way he edits all of the lines in the song’s first break, the transition from skatepark footage to street footage when the guitar picks up again, or the super-8 footage used towards the second half of the montage. None of that changes the fact that “Fearless” was used for a skatepark montage in a tour video, and thus limits any real kind of “classic” status. I wish this one was saved for the full-length.

Possible Candidates: Truthfully, I don’t want to see anyone but Castrucci use this song again, and Mark Suciu could easily fill out this song (with an extra two minutes of footage to spare).

Used by: Pat Duffy, in ‘Questionable’

I’m sure I’m gonna get a lot of shit for picking a song from a classic part, so let me attempt to justify myself quickly: There’s no doubt that Pat Duffy’s inaugural video part is one for the history books, but most people associate Pat’s video parts with Primus. The Doors song only kicks in for what, the last twenty or thirty seconds of the part? It’s not even enough time to hear the song’s opening lyrics, and definitely not enough time to associate the song with the part, which is why I think ‘Riders On The Storm’ is fair game.

Possible Candidates: A nice, long montage with lots of lines, from a region where it rains a lot.