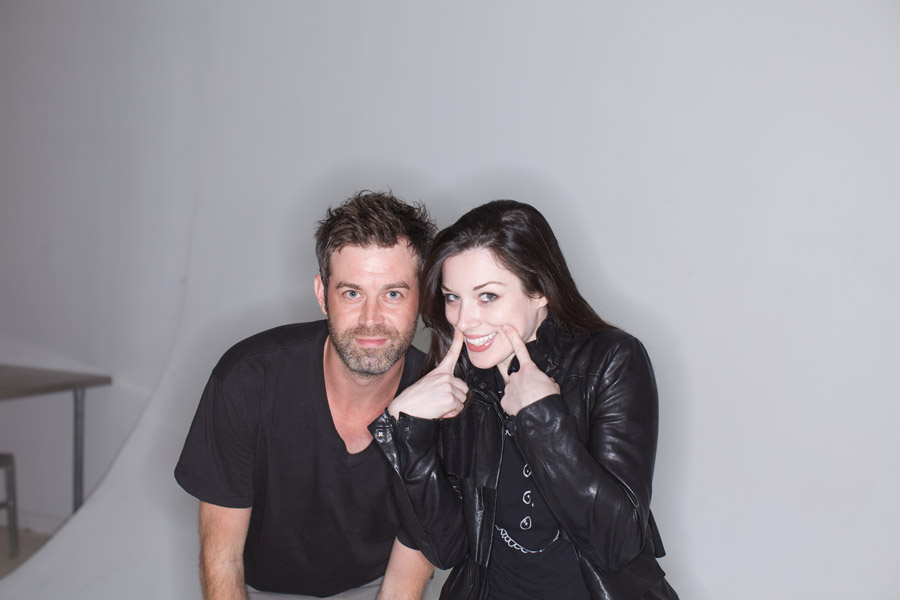 The first time I met Stoya for lunch in New York, she was wearing a dress she made herself and en route to her first aerial acrobatics class—trapezes, rings high up in the air and Cirqué de Soleil-type shit. Stoya is crafty. She’s eager to learn and try new things outside of her profession. You gotta admire someone who doesn’t just kick back and coast once they get their career going and make some money and a name for themselves.

Stoya also briefly worked at Philly’s legendary Sub Zero skate shop, where discovering alternate uses for griptape (i.e.: on the bottom of her stripper shoes) she prevented bodily harm and skateboarding totally played a vital role (sarcasm) in shaping her career as a model and adult actress.

I just read an article about how shrimp are high on Prozac because of all the medication humans flush into the ocean.
Oh my God.

Predators are killing them because they aren’t on point.
Fuck. That’s fucking ridiculous. And then we eat fish that come out of the ocean. What’s that doing to us?

I don’t know but that’s what I learned today.
That’s fucking wacky. I wonder if that happens with semen. If someone’s on a bunch of shit and you swallow their semen, what happens? Vaginal secretions too.

I’ll have to pay attention next time I perform.
You don’t wanna be fucking some crazy bitch and then putting up with her shit because you’re too doped up on second-hand Prozac.

Did we just stumble upon something?
I think we just created a really dark rom-com short film.

“Second-hand Prozac.”
All full of apathy and lack of happy ending.

Some pathetic dude is all happy because he finally got laid …
Yeah, and then he’s walking around fucking addicted to the girl but its just science tricking him. 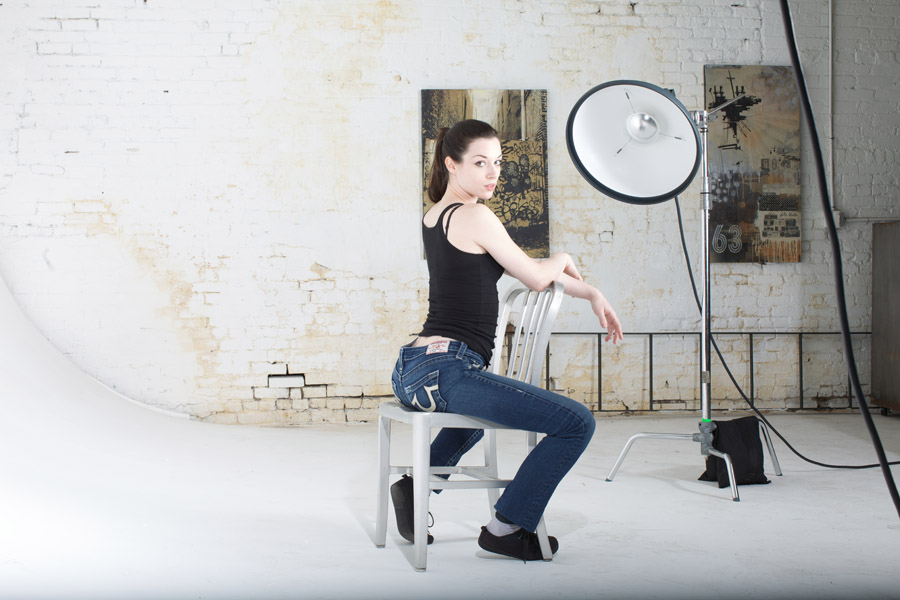 I read once that there’s a chemical release inside your body when you get off that results in a sexual addiction for some people.
Oxytoxin. There are a couple of chemical releases. There’s the happy chemicals like endorphins, but Oxytoxin is also released, which affects women more. It makes them feel all cuddly and family-oriented and maternal. It’s after the physical act of sex. That’s one of the reasons women start dating someone and having sex frequently with them, they build an emotional bond. It’s also why they get all baby happy.

Guys just wanna pass out.
I guess it makes people sleepy too.

So what were your days at Sub Zero like?
We are going deep into personal territory here—where no reporter has ever gone.

Lovely.
I graduated high school at 15. I did it in 10 months or something ridiculous because I was home schooling and breezed through it. I was too young to drive and didn’t want to sit in Delaware for two more years so I decided to move to Philadelphia and find an apartment and a job. When I got there I moved in with this guy who worked at Sub Zero. We lived above the sushi place next to Sub. It was after Shane had turned it into a motocross shop or whatever and then back to just skateboarding.

Only Shane and the guy I was dating worked there at the time. Shane’s girlfriend just had a baby, so sometimes he would be like, “Aaaah! Can you either watch the kid or the shop, for just an hour? Because if somebody doesn’t do one or the other, stuff’s just not gonna happen.”

I’m not so good with babies but gripping a skateboard isn’t rocket science, so I’d come down, watch the shop and ring things up whenever they needed help. It was really fun. I’d always stop in and hang out after work for a couple hours. 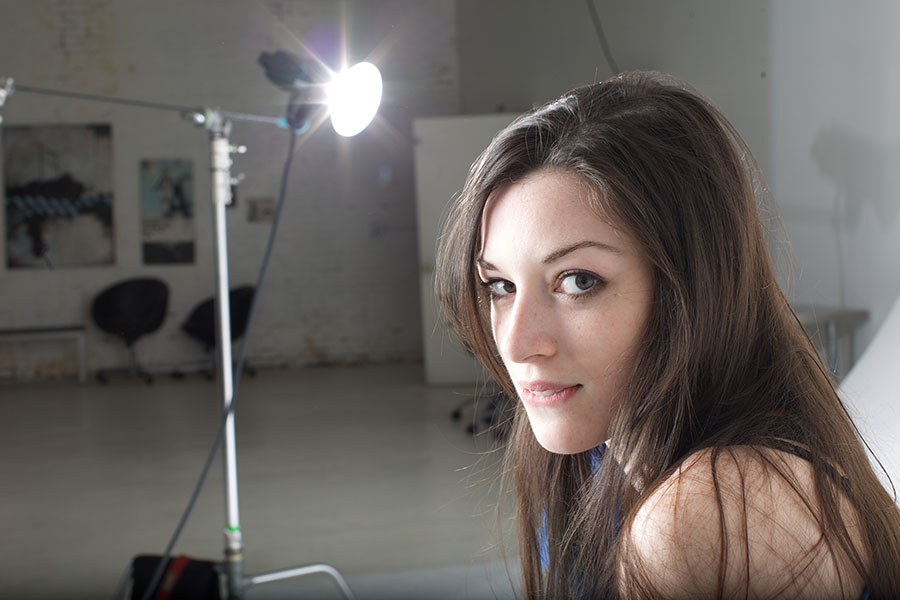 You were a surrogate employee.
Kind of. And, oh my God, there was this girl who lived upstairs. Gimme a second to remember her stage name … Valentina Vaughn. She was in Hustler and photographed by Tony Ward. Now that I’ve been in the adult industry, I know she’s done girl-girl scenes for astronomical rates. She’s the hottest girl in the entire world.

Really hot.
She’s bangin’. She used to come into the shop and get skate sneakers! Eventually I broke up with the dude and he moved. Because I was so young and Shane was in the middle of developing all these paternal, fatherly instincts, he would see me walk out of my apartment in a super skimpy tank top and come running down the street with a Sub shirt, like, “What are you doing? You can’t walk around here dressed like that! It’s not safe!”

Then, when I started go-go dancing, people would put their drinks on the stage, which is fine, but it would get wet from the condensation on the glasses. Stripper shoes have no traction, so it gets dangerous up there. One day on my way to work I got an idea, so I ran into Sub Zero, got a sheet of grip and gripped the bottom of my stripper shoes. It was one of the most epic moments of my life.

Did the other girls pick up on it?
No because they were like, “What’s griptape?” I tried to explain …

My next-door neighbor in high school used to stick my extra grip on the wall next to her bed. She’d file her nails on it while she was sitting on the phone all night.
It has so many uses! Chicks should hang out with skateboarders more often. 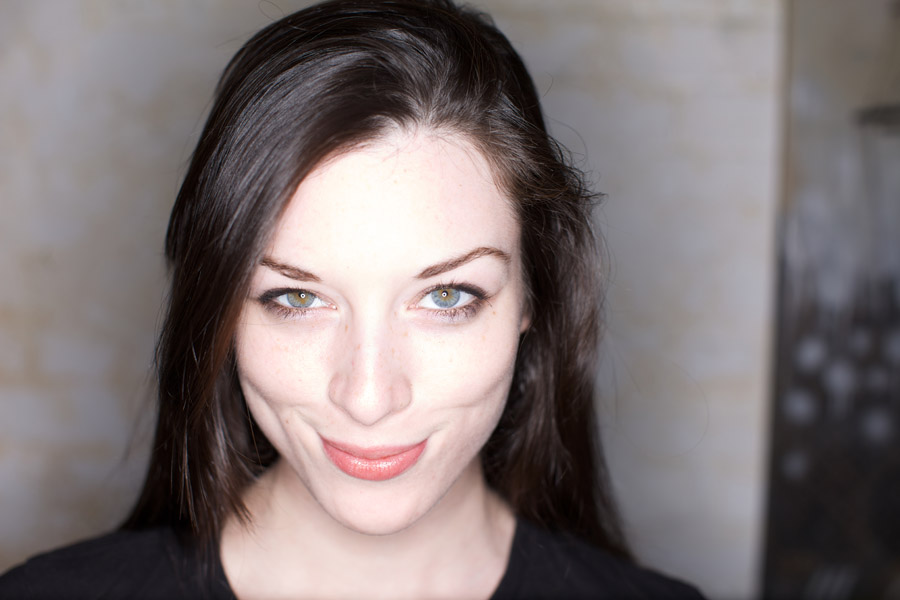 I feel like you’re parodying it.
I try so hard to do it right and give them what they want but there’s this giant river of sarcasm running underneath it.

”I ran into Sub Zero, got a sheet of grip and gripped the bottom of my stripper shoes. It was one of the most epic moments of my life.”

Do you think people appreciate that?
Well, there’s all this ironic entertainment now, like Will Ferrell movies and the entire hipster culture. America and a lot of the western world appreciate irony and self-parody. People should be able to laugh at themselves and do things like that. So it resonates with people. And again, I’m very lucky that the things I do work that way, otherwise I’d be screwed.

So you’re being yourself essentially…
Yes. When I first signed my contract with Digital Playground, I was like, “Okay, you guys have your brand, please let me know what you want me to be.” And they were like, “We like you just the way you are.” And I was like, “Okay, I’m just gonna be myself and run with it because it’s worked so far.”

Is it possible you might set a new standard that you don’t have to constantly be “in character” as an adult actress?
I don’t really know, but I feel like with celebrities being under constant surveillance and everybody having their social networks going on, what’s happening is that public figures have to be multi-dimensional people. And if you’re just portraying a one-faceted character, people aren’t gonna connect with that—or if they do they’ll get bored very quickly.

They’re just gonna see through it.
Yeah. If there’s no substance there, it doesn’t hold people’s attention. All those movies where there’s the plot and there’s the subplot and then there are all these references … a lot of times people don’t necessarily pick up on everything that’s being referenced, but they know there’s something deeper there and that’s what makes them connect with the product.

As time goes on, the audience gets savvier too.
They do.

And I guess it’s probably because I’m into sci-fi and whatever else, so we get into these deep conversations and it’s like, “Dude, you are cool!”

One of the first times we wrote, you told me how Nine Inch Nails, one of my favorite bands, sampled Leviathan for a song. I knew there were tons of weird samples on The Downward Spiral but didn’t know they were from specific sci-fi films. Then I found them all on YouTube and I was stoked. That exchange could never have happened between Jenna Jameson and me 15 years ago when I had pictures of her on my wall.
Regardless of the whole porn thing and having a public persona, when I talk to people, I don’t want to talk about surface stuff. I wanna get in there and connect with them—have a real conversation.

I think they mean it in a complimentary way, but it’s also like, really? I could not have been a model. I’m 5’6”. If you’re not 5’9” or taller, agencies throw your head shot in the garbage. It’s just a basic requirement that essentially has to do with sample sizes. So it’s like, “Oh that’s really sweet you think I should model, but you obviously have no idea what you’re talking about.”

It’s the same as when you go for an interview in corporate America. If you don’t have at least a Bachelor’s degree, they’re probably gonna chuck your resume. 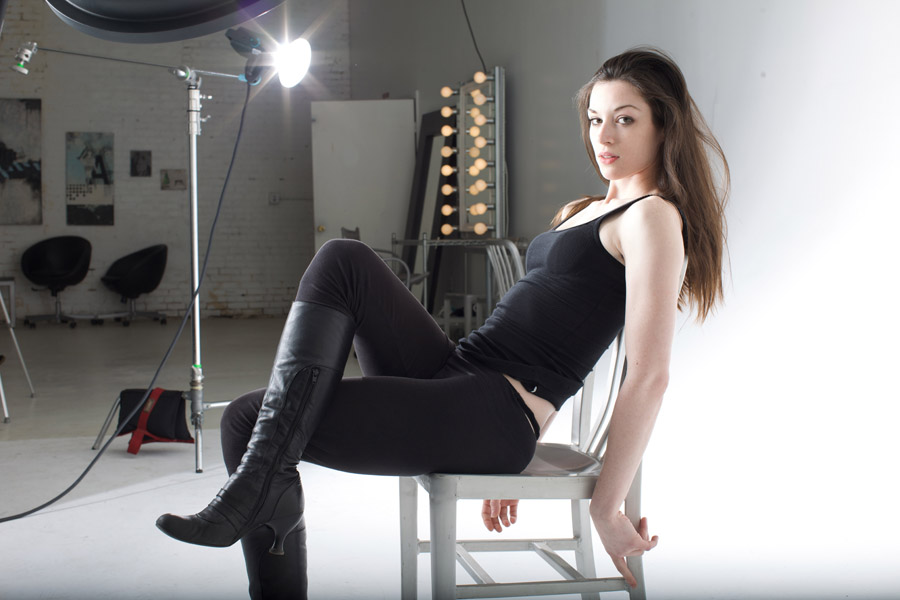 If someone said to me, “Oh you’re too smart to be writing for skateboarding.” I’d be like; “I worked my ass off for this!”
Like, you could probably also be writing for Time Magazine. If the editor for Time was like, “Hey, Robert. You should submit an article because I think you’d be great for Time,” you’d be totally excited. But when it’s some random person, it’s like, “Awww.” Like, a pat-on-the-head-because-you-don’t-understand-the-world-you’re-talking-about situation.

People also have this thing where they grow up feeling like they need to get straight out of high school into the best college they can, graduate with the highest GPA they can, meet some nice girl or boy, work in corporate America, live in the suburbs, start breeding and then restart the whole process with their children. It’s more important to do whatever makes you happy. Whatever you feel passionate about, do it. And especially in things like porn or skateboarding—anything that relies on your appearance or the condition your body is in—there’s gonna be a cap on that. After 30 or so you probably can’t do it much anymore, but you can do things that are related to it, or you can move into something else entirely different. Pretty much everyone I know that’s 50 or 60 has had at least two careers. They did something until they were 30 or 35 and then went back to get an education and do another thing.

It seems like people often do what they really wanted to do all along in the second half of their lives which is a shame. It’s good it gets done but people shouldn’t have to wait ‘til they retire to go on their dream vacation or try a new career path.
Or sometimes they do what they really wanna do and then they decide that they really wanna do something else. I think the decade between 20 and 30, you’re in the best shape to really get out there and struggle if you have to suffer for what you’re passionate about to be able to do it.