AN ODE TO ED TEMPLETON

This dude named Joey Sinko edits the best skate montages out there, which is exactly why we collaborated with him on this Ed Templeton video retrospective. He took some of Ed Templeton’s most memorable video moments as a pro skater, threw in some Toy Machine art, edited it all up and drenched it in 90’s nostalgia. If you ever wanted to remember why you love Mr. Templeton or haven’t figured it out yet, grab some tissues and click play:

Q & A With Joey, The Editor

Would you consider yourself a skate nerd?
Yes, I love roller skating.

Why Ed Templeton?
I just really liked that song and wanted to see somebody skate to it. John Cassavettes does the vocals and I’m pretty sure he wrote it. Cassavettes is a director that I’m heavily influenced by, a guy who just held down his own artistic fortress. He could write, edit, produce, direct, act, shoot and write his own music for his films. And not in a blow hard sort of way. He’s a man with many hats. Not unlike Ed. It’s cool to see someone like that in skateboarding. I mean his skating, photography and art alone brings so much depth to our culture. Not to mention his company, Toy Machine, or the way he collaborates with his sponsors like Emerica. I mean people tattoo his artwork on themselves to show their gratitude. The least I could do is make this and try to express myself in it..

He’s a humble dude. It’s just refreshing not to see someone act like a cocky drunk teenage rock star in skateboarding. You know how they act? Like movie stars, it’s silly. Anyway, when I was younger I used to make mixtapes of skateboarders I liked and weave out the filth. Ed was in the mix, always inspiring me. In fact, years after I saw him boardslide up a handrail in “Jump off a Building”, I did that same trick myself. It’s different of course. I made it my own. Not to prove myself against Ed but to show my appreciation. The trick was something I was always dreaming of. I love Ed’s work. Like all good art, paintings, novels, films, they age better with time. Well, so does Ed Templeton’s tricks. They just get better over the years. Hopefully this part can help showcase that and maybe inspire people to dream and boardslide up handrails. And that’s why I made it. [laughs]

”It’s just refreshing not to see someone act like a cocky drunk teenage rock star in skateboarding.”

How would you feel if someone told you the edit / video sucked?
I’m sort of expecting it on this ED-it. This song is infused with a lot heavy lyrics and emotion, skaters sometimes don’t like that. If everybody approves of it, well, you failed in a sense because the majority this day in age like to talk about hand jobs and diamond-studded hats. The same thing applies for my work in general, including the “Not Now John” web series. Paraphrasing John Cassavetes: it’s time we stand up and do what we want and make it clear to these suckers that we don’t care what they think of us, and we want to express ourselves the way we want to. I try to remember that when I create.

Tell me the process that goes into making the thing.. where do you get the footage from?
It’s starts with a song. The song needs to mirror the skateboarder and their career. Afterwards, I hone in on their best tricks as well as their personality, and attempt to communicate something. I try to edit tricks in refreshing ways, and if I have time, I work in obscure clips. The technical process is simple and boring. Rip the content from the original videos, import into the computer, then I dub the sound effects ‘The End’ style, only I use my mouth to make the sound effects.

A lot of it is Black/White with flashes of color.. is there a reason why you go heavy on BW?
The black and white gives it a weight, a gloom. I see the past as something difficult to think about or examine sometimes. It sneaks up on us so fast, you know? Like a flash before our eyes. Hence maybe why I use the colored flashes. I hope I didn’t just box in anybodies imagination by saying that. 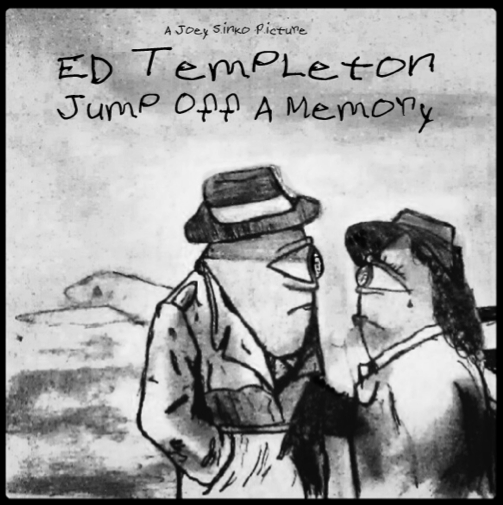 What is your company, Broken TV Pictures??
A production company that prides itself on having a good time while creating films. We make skits, non-profit skate career videos and right now we just wrapped up a short film called “A Letter to Marty” a film true Scorsese fans should love! Now, ping-pang-pong – I’m on a new project that follows up with our character, John Grimm, from the Scorsese short in a web series titled, “Not Now John.” It explores what’s it’s like to be an ex-skateboarder-turned-actor dealing with the phony side of Los Angeles while seeking some sort of sub-culture, hopefully in acting. We are just trying to bring some sort of truth to the net, something where people try to explore human emotions. No distractions here, God willing, but just contentment that you can get involved with, relate or respond to. Not entertainment. We hate entertainment! You want entertainment watch American Idol, or as Sean Penn says, “Get an eight ball and some hookers.” Can I say hi to my Mom? Hi Mom.

Any directors / producers / skate vids etc that inspire you?
Filmakers: John Cassavetes, Martin Scorsese, Paul Thomas Anderson and Derick Martini. Films: Husbands, Taxi Driver, East of Eden, The Sand Pebbles, Opening Night, Pink Floyd The Wall, One Flew Over the Cuckoo’s nest, Five Easy Pieces, A Dog Day Afternoon, Hi Mom, The Goodlife,The Searchers, and Lymelife. Lymelife is a great film, very honest. When I see work like that being produced, it brings me hope. He’s sick, a true filmmaker. As for skate videos, anything by Mike Manzoori and Greg Hunt.

Who else are you planning to do some edits of?
It depends on the time I set aside for it, but Geoff Rowley for sure, maybe Jeremy Klein, Andrew Reynolds, or the vert man, Tony Hawk. I have great song in store for THE BOSS. I’ll try to focus on people whose skateboarding meant something to me growing up. It’s the best way to show my appreciation for them, as opposed to just blabbing like a 16 year old.

Words: Ian Michna
Video & Cover Art: Joey Sinko
Check out Joey’s other work at Broken TV Pictures
Rant, comment or bitch on our Facebook
Let us spam you on Twitter