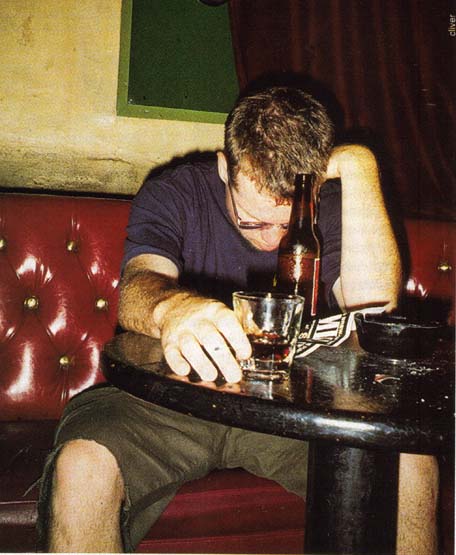 In 1992 Earl Parker was living under a desk in World Industries skate park, hardly eating and constantly being harassed by skaters. But this didn’t stop the 18 year old Midwestern genius from holding the title of Big Brothers first full-time staff writer and pumping out literary gems such as, “How To Make Love To A Man” and “Ho-Spotlight”. The self proclaimed Master Journalist was a key voice in the beginning of Big Brothers literary shenanigans.
These days Earl Parker spends all his time writing and becoming a master street photographer, with an expertise in taking shots of young girls, unbeknownst to them.

How was it working at Big Brother?
It was okay. I wouldn’t say that it was any sort of professional magazine. It was also pretentious, and I think a lot of people including the people that made it thought it was worth more than it really was. The worst part was that it didn’t keep up with the original prankster format it started as.
Working there was pretty weird, a lot of the skaters didn’t like me and shit. I have a lot of bad memories. But I got to meet Danny Way and stuff like that, and I guess the best thing was all the stuff that the mag led to, like being published in many other magazines. Maybe the whole thing was a bad idea, I don’t know. 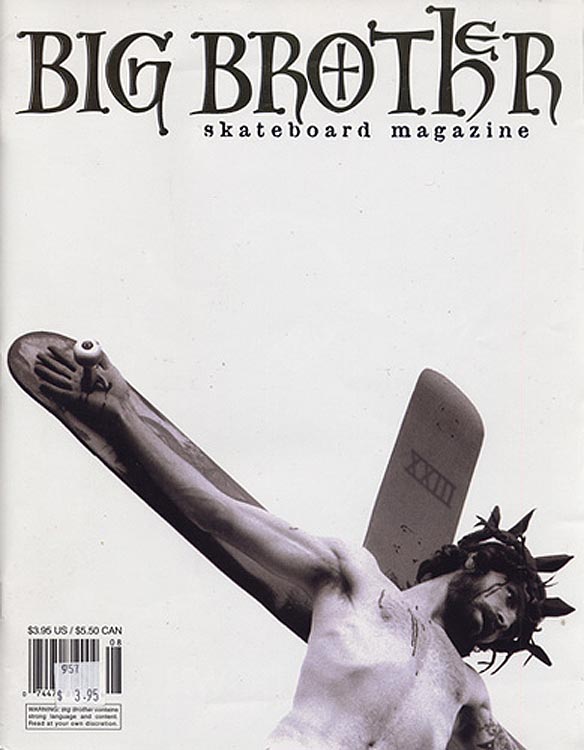 Tell me a good memory.
I had sex with the secretary one night, that was pretty hot. The next day there were scratch marks all over my lower back, and I told people in the office that I slept in an El Segundo forest and got attacked by a raccoon and they believed me! Even Natas, a punk legend, was “taken aback” by the heavy amount of skin scratches.

Was she hot?
I fell instantly in love with her the first time I saw her. She had “flaxen” blond hair. She said hello to me sort of like the exorcist, no idea why. I planted one on her, and then she stuck her hand down my pants and we screwed in [Sean] Cliver’s girlfriend’s living room. Later I found out that she used to go to Sal Rocco’s house [Steve’s brother] and this retarded looking guy would tie her up and beat her and screw her. It hurt my feelings, but explained the exorcist hellos. She stuck in my mind and then later I saw her at one of those San Diego trade show things and she was all fat, so I’d been thinking about this hottie but she wasn’t anymore.

Rick Kosick said that you added a tube to a bong in your car so you could be taking hits, and steering the car at the same time.
Yeah. This guy on Venice Beach sold me a bong made out of a vodka bottle. The main thing I did with it was drive across the country with it between my legs smoking pot through the tube.
In the office, this legend dude John Thomas would put a tiny bit of “bidi” cigarette tobacco at the bottom of a bong bowl, and it would propel the hit into yourself. The only problem was that people would sometimes fall down in his office after the hit, most couldn’t handle the impact of the buzz.

Working at Big Brother you were homeless so you slept on the World Industries skatepark floor?
Yeah, I just slept in the first office, in the corner of the skatepark, under my desk. One time one of my friends “slept over” and he laid out a sleeping bag on the hip in the skatepark. He didn’t seem to care at all. We didn’t have hot water so I think the ice cold showers I took every day kept me alert. Then months later Sal Rocco, just flipped a knob or screw and the hot water was back. Strange days. I don’t really know what kind of a “job” that was because it paid so little, but still to this day I am known so much for my “job” there. Pretty stupid. I wasn’t even eating sometimes. America has some problems in my opinion.

Did you jerkoff in the skatepark?
I actually don’t remember jerking off in the skatepark. I didn’t have much dough and I was starting to get into strip clubs: the editor said that on my budget I should “just jerk off in the World Industries bathroom…” instead of get a lap dance. Sometimes we would go to this one joint for cheap lunch sessions. 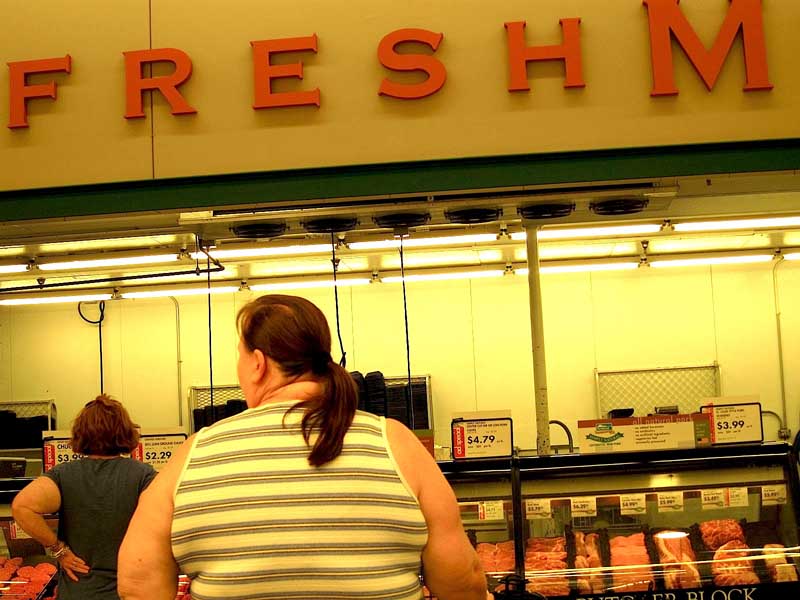 Where else did you sleep after living in the skatepark?
I slept a number of nights on the roof of a film company in central Hollywood, pretty lame. It was pretty old so I was lucky the roof didn’t cave in. Sometimes I would be short out of luck for a ride between Hollywood and the Southbay region so I’d just walk. It would take the whole night to walk. There were a lot of cool taco stands and I’d hang out with Mexicans and stuff. Then I lived in one of Steve Rocco’s no-longer-used screenprinting warehouses with skater Brian Lotti that was fun. He was getting all into art and tired of skating right about when I met him.

What types of shit would Jeff Tremaine make you eat?
The story about the weird food simply came from Jeff and I’s interest in something termed as “ultima” which was essentially just food bought from a gas station. People were always buying food at gas stations and sometimes using Rocco’s credit card. When I was too busy to go myself, Jeff would go, and then torture me by buying me blue Snow Balls and blue soda drinks and shit. I thought California was supposed to be a healthy type place but I guess I was wrong.

Who were the biggest dicks to you back in the day?
Yeah I think that Blind team had something against me. One time I went into my office and found that someone had just come in before me and broke my prescription sunglasses in half. I have no idea why so many people claimed that was some kind of dream job, because it really wasn’t.